Grandpa Found Out The Teacher Was Putting His Son In A Dress, Decides To Show Up At School

Kids attend daycare and classes to learn more about the world. On some occasions, however, parents and grandparents don’t always agree with those lessons.

Such a breakdown recently occurred in a Kansas classroom, where a grandfather angrily confronted a preschool teacher over reports his grandson had been wearing a dress in daycare. 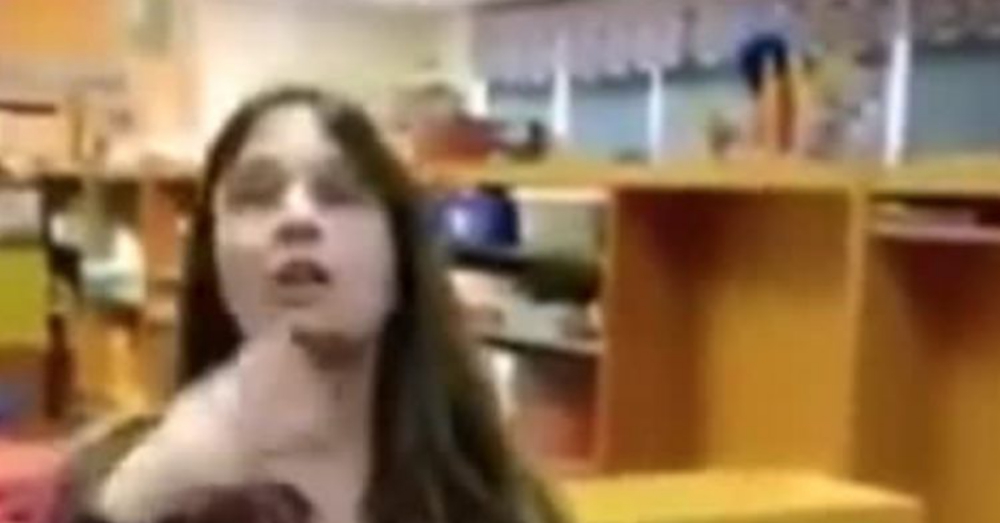 Unfortunately, neither adult seems to handle the situation very well – the following Reddit video captures the grandfather repeatedly shouting “we don’t do the transgender” in front of the entire classroom.

The teacher, meanwhile, refuses to explain what led to the child’s unconventional choice of costume, in part because the grandparent’s name isn’t listed on any of the school paperwork, leading to further confusion about what happens inside of the classroom when other adults aren’t around.

Despite trying to deescalate the situation, the teacher’s refusal to engage only makes Grandpa even madder. When he angrily declares that “We don’t do the transgender and all that,” she says that she doesn’t either, but also dismisses his concern by noting that the boy is only two.

The teacher continues to direct the man towards the school director, but the irate grandfather doesn’t care much for this type of protocol. All he wants is to know is why his 2-year-old grandson has twice been spotted wearing a dress at preschool.

“I’m talking to you,” he loudly shouts. “I’m letting you know that the next time if you put any kid in a dress, I’m going to make you go viral.” The teacher’s repeated attempts to redirect him to the school director only seem to fuel his suspicion that the school is hiding something.

In the end, this video actually did go viral, though the Internet is naturally divided by over who is actually at fault. Take a look at the video below and let us know what you think in the comments below!

See for yourself how this daycare dispute unfolded!