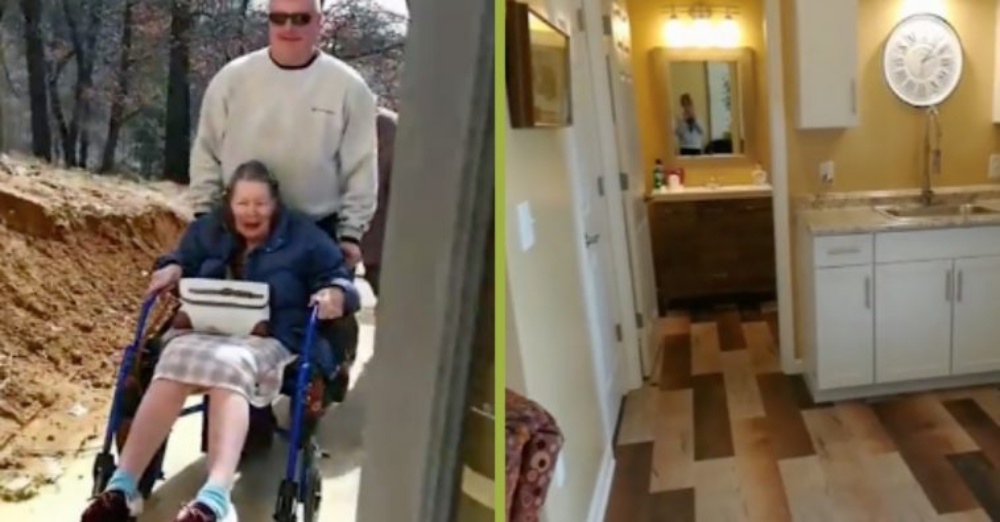 Both Bonnie and George Miller are 87 years old and are entering their golden years happily, despite Bonnie’s body starting to give out and George’s mind beginning to slip. They are determined to function as normally as possible with the help of one another, but naturally, their son named Schon is worried about them.

Schon didn’t like the idea of his parents ending up in a nursing home and that was the absolute last thing he’d want for them. However, things took a turn when Bonnie fell and broke her shoulder. That was when they had no choice but to begin looking for senior living options.

Schon and his wife, Jeannie, began looking for a senior living home that offered an in-law suite option so they could all remain close by should something happen. Unfortunately, the two couldn’t find what they were looking for so they took matters into their own hands.

The couple decided to revamp their entire basement and turn it into their own version of a senior living home. They took down their basement wall, removed everything from the room, including their pool table and karaoke machine, and turned the room into a fully-functional senior living spot for his parents. 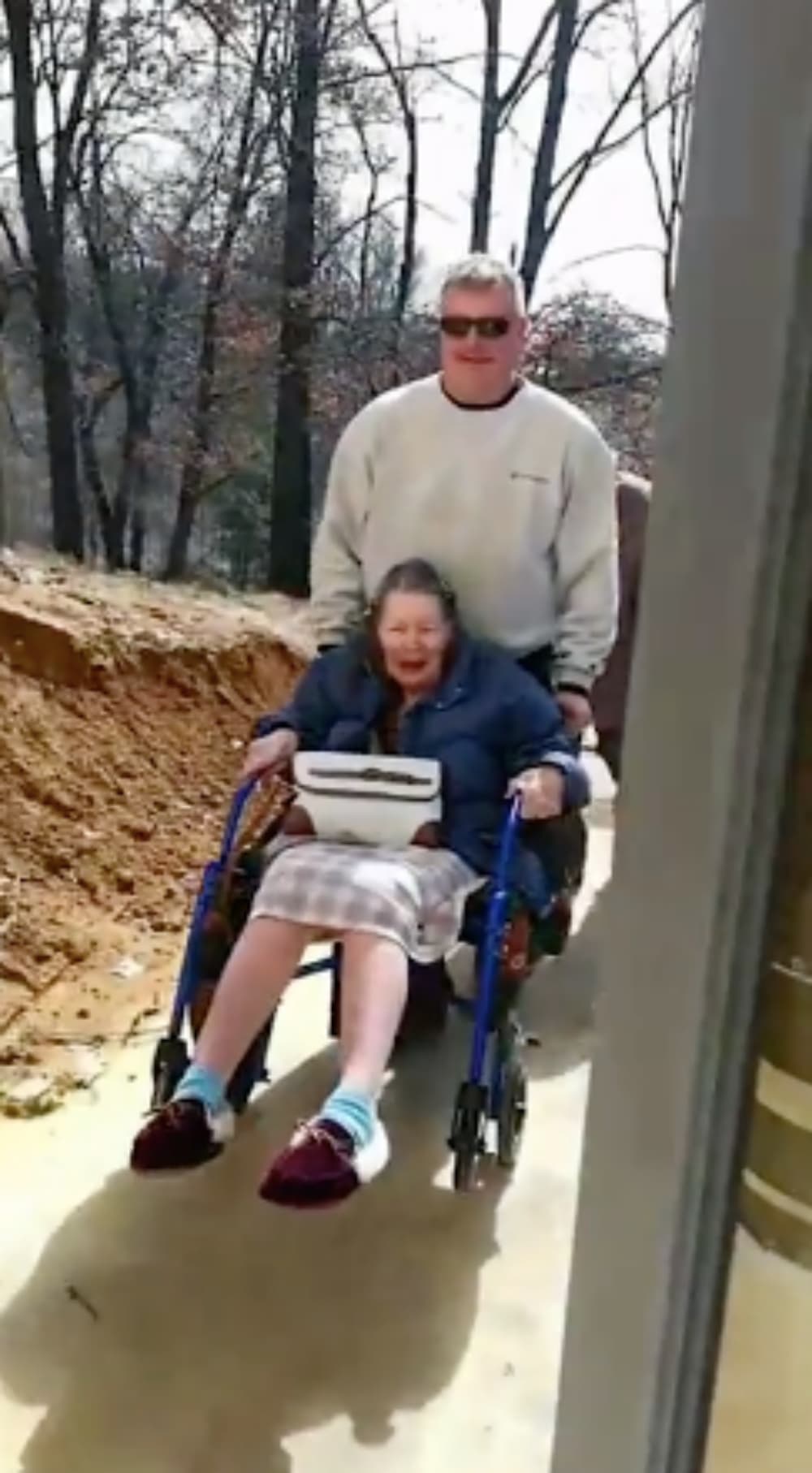 The couple took all of their material items out of the basement and the totally refurbished room actually looks very nice! When Bonnie and George walked into the basement and saw that it was now their space to live in, Bonnie understandably breaks down in tears. She is wheeled in her wheelchair around the suite, being shown all of the utilities and where everything is.

There is even a full bath and a living space area. The two are in complete shock that this new space is theirs and we bet Schon and his wife are even more at peace knowing Bonnie and George are so close to home. 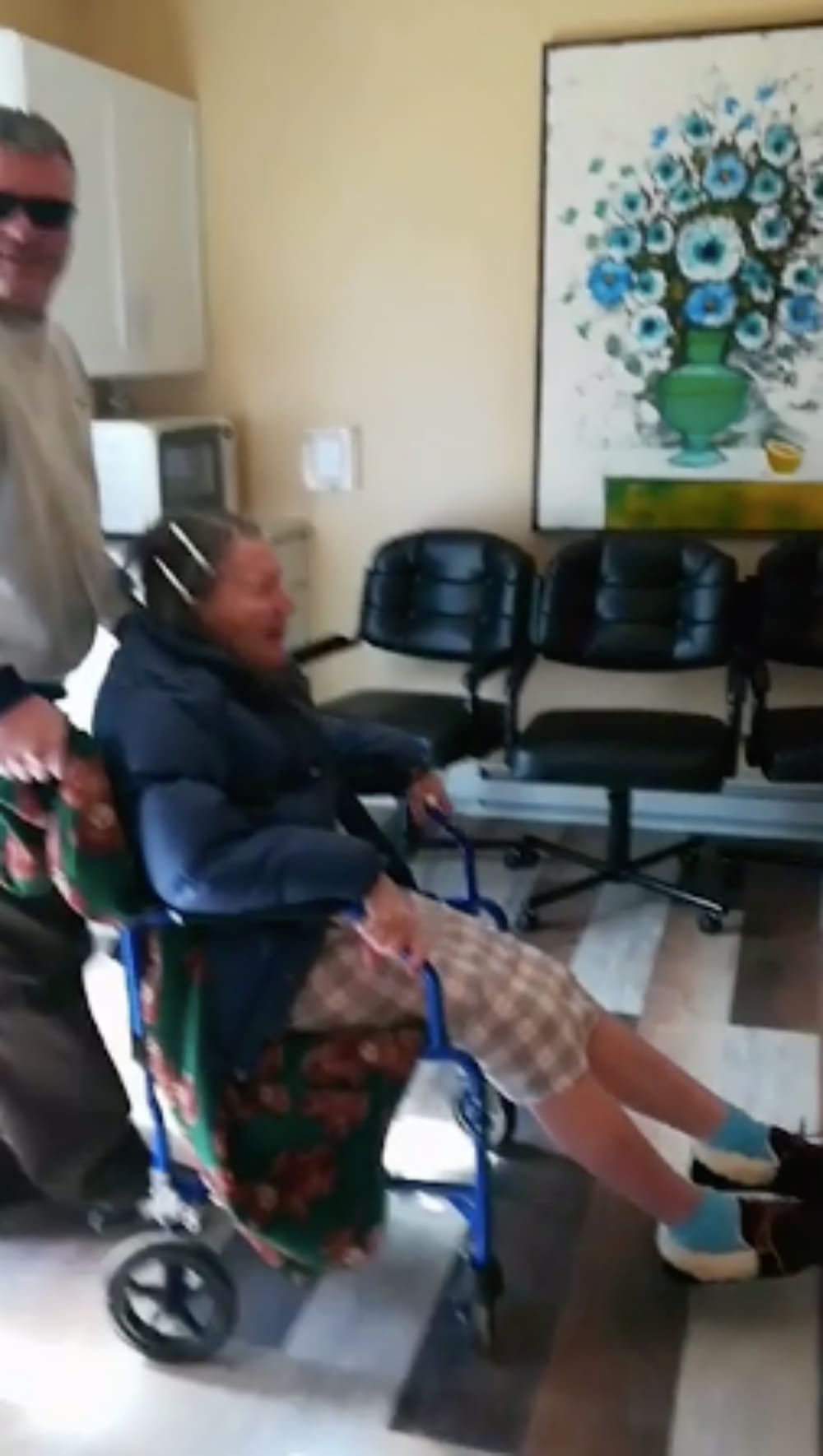 Schon released a statement explaining the whole situation to several news outlets. The man deserves a son of the year award!

“When mom broke her shoulder falling, we started looking for a house that already had a finished mother-in-law suite. When we couldn’t find anything, we decided to blow a hole in the basement wall, get rid of our fun stuff like pool table, instruments, and karaoke area and move them in so we can take care of them.”

Be sure to SHARE this article if you loved this heartwarming story and the loving gesture this son performed for his parents.

Check out the full video of the home reveal below:

Old hospital bills show just how inexpensive medical care used to be: Click “Next Page” below!