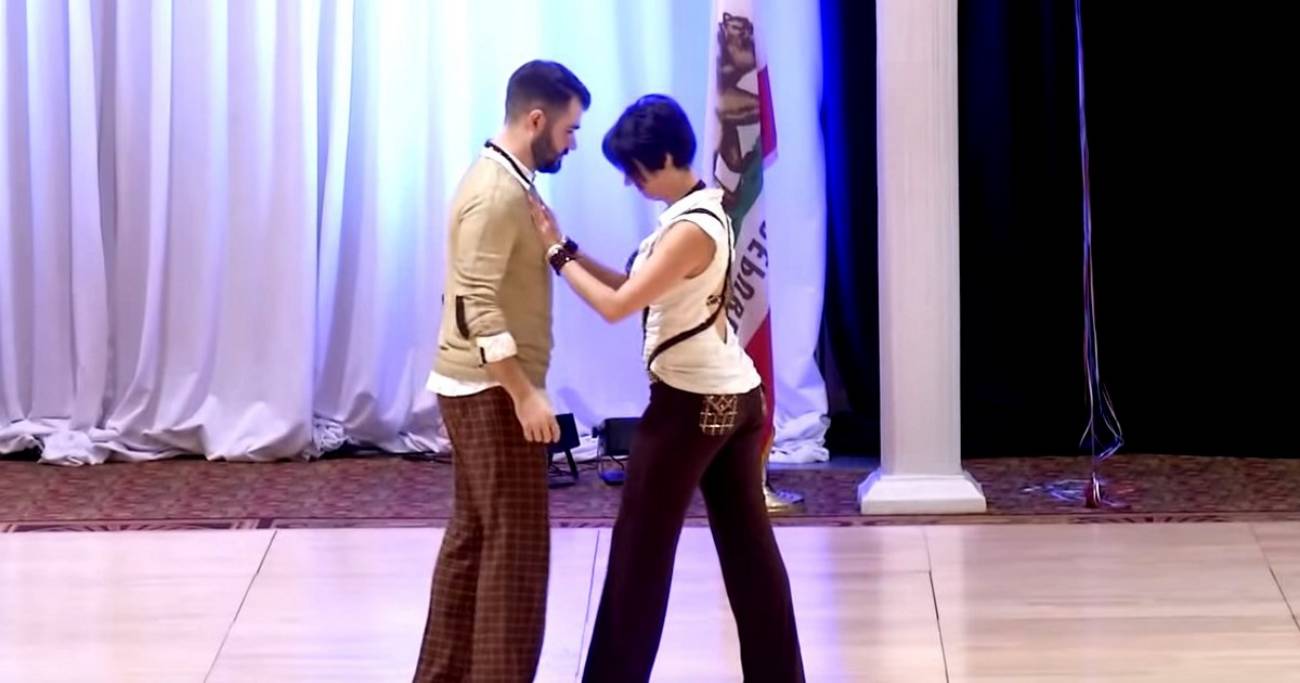 There’s more entertaining than a perfectly choreographed dance routine, but these dance partners took their routine to a whole new level. The video from the 2015 Classic Division routine at the Capital Swing Dancers Presidents Day weekend convention in Sacramento, California, has continued to win over its viewers. It’s easy to see why Ben Morris and Jennifer DeLuca won first place.

Though they were competing at the Capital Swing Dancers event, their routine didn’t have much of the traditional swing-style moves most people with this performance.

Ben and Jennifer, from Orange County, California and Orange County, Florida, performed their expertly choreographed routine to the George Thorogood good classic “One Bourbon, One Scotch, One Beer.” 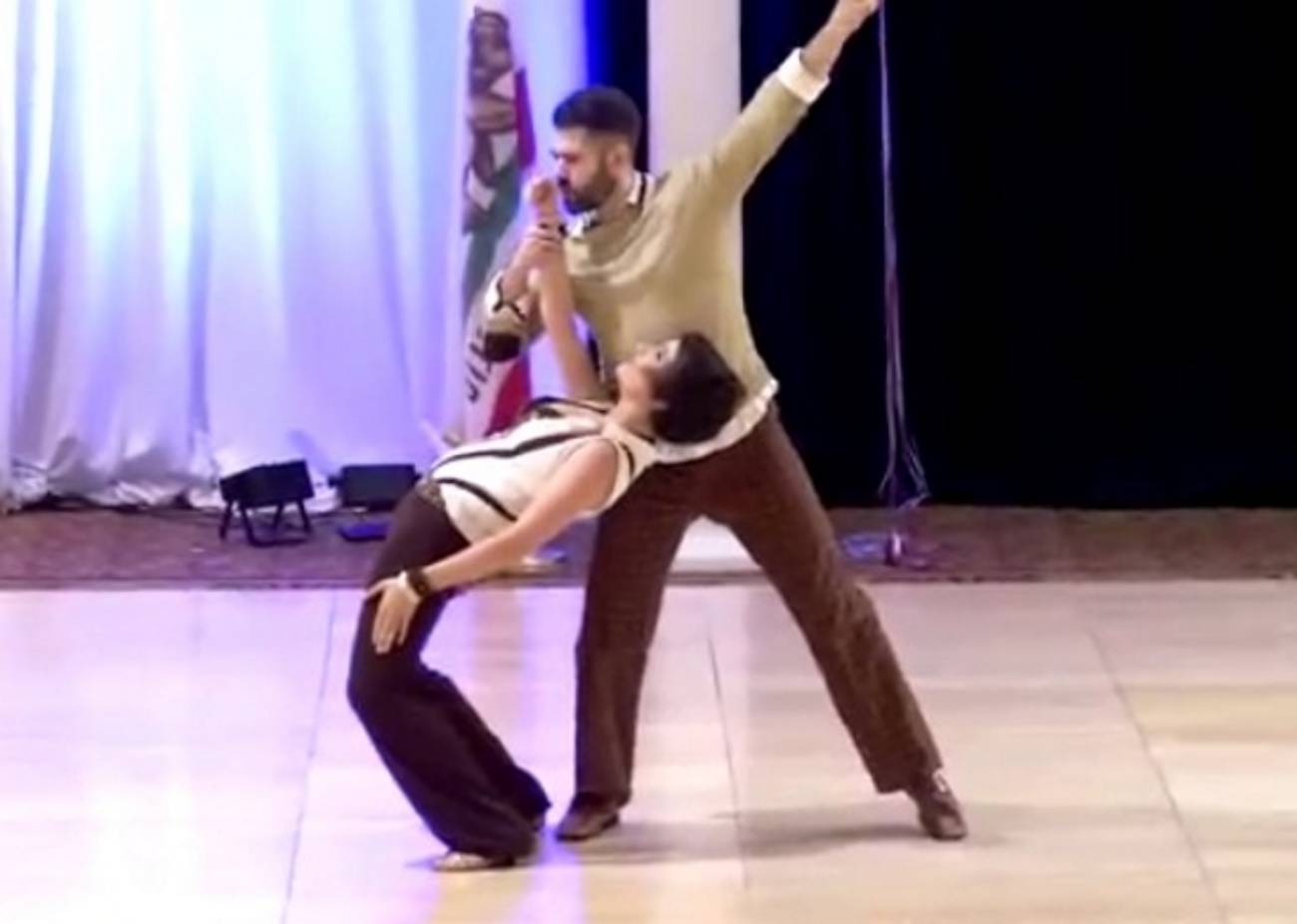 The dancers are introduced and take their positions on the dance floor, standing head to head, with Jennifer’s hands on Ben’s chest. The crowd cheers them on but never imagined how amazing this routine would be.

Their costume choice was also unusual, as Jennifer wears pants over a flouncy dress, and Ben wears not a zoot suit but something much more casual. 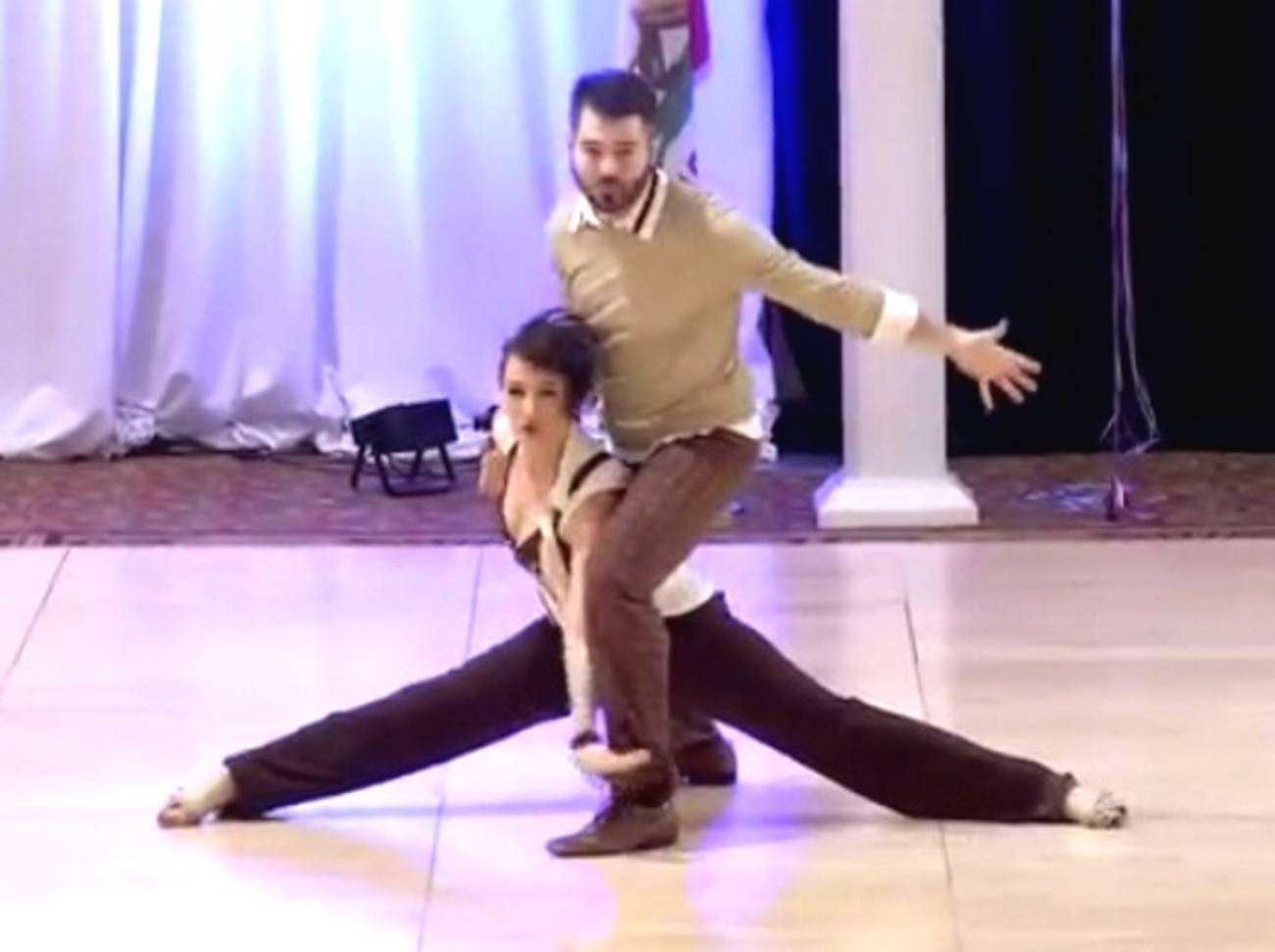 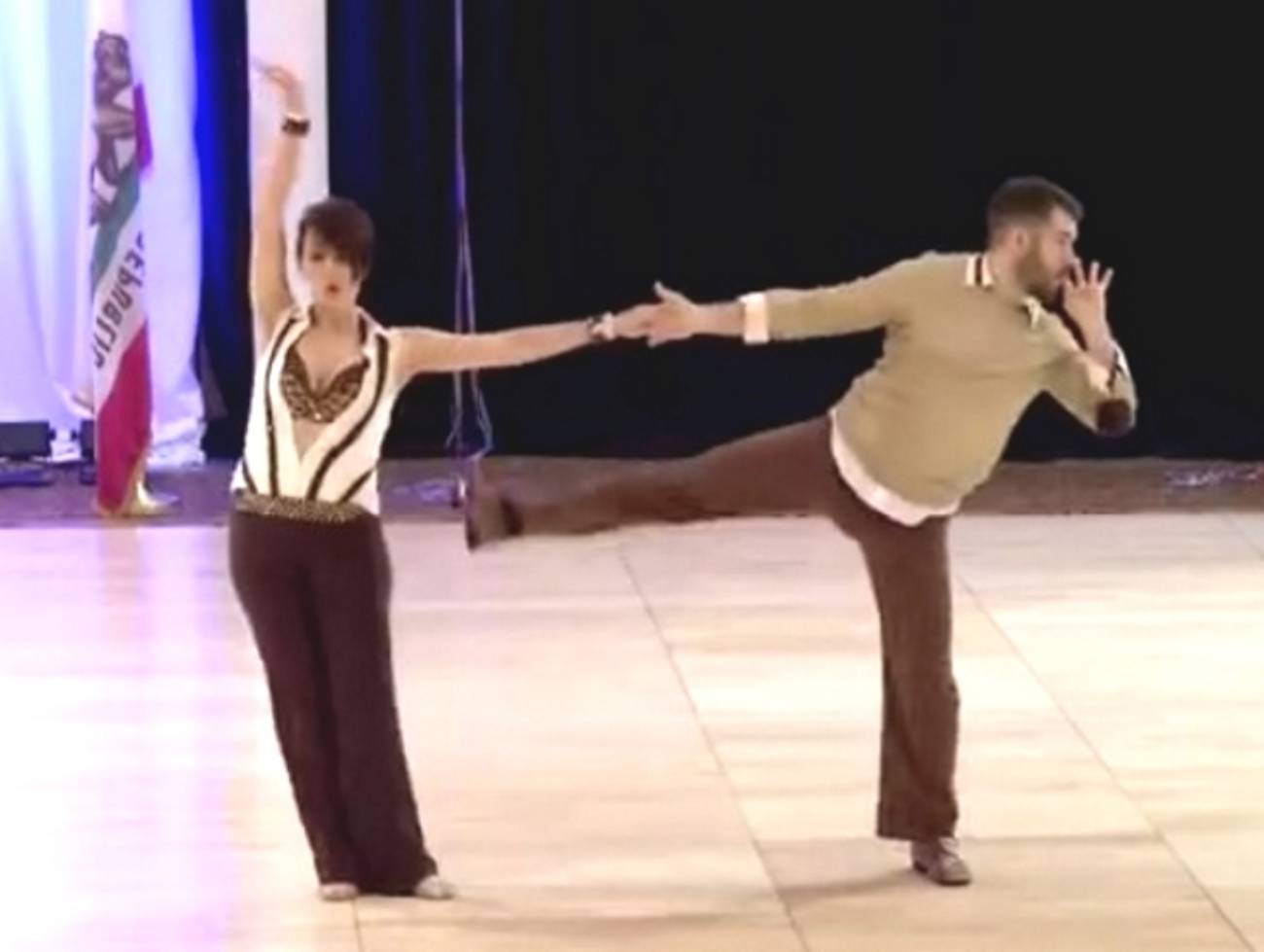 Right away, it’s clear that this isn’t going to be like the traditional swing dance routine everyone expects. Ben gives a look to the side and then Jennifer arches back, bending her body with an arm extended – and it becomes a microphone for her partner as he lip-syncs to the music.

They’ve got the crowd completely captivated and they’ve only just started!

Jennifer and Ben spin and dance around the floor and even manage to make the song’s guitar solo look extra cool in their interpretation. Near the end, Jennifer spins and spins…and spins some more as Ben kicks his leg over her and they finish out the high-energy swing routine. 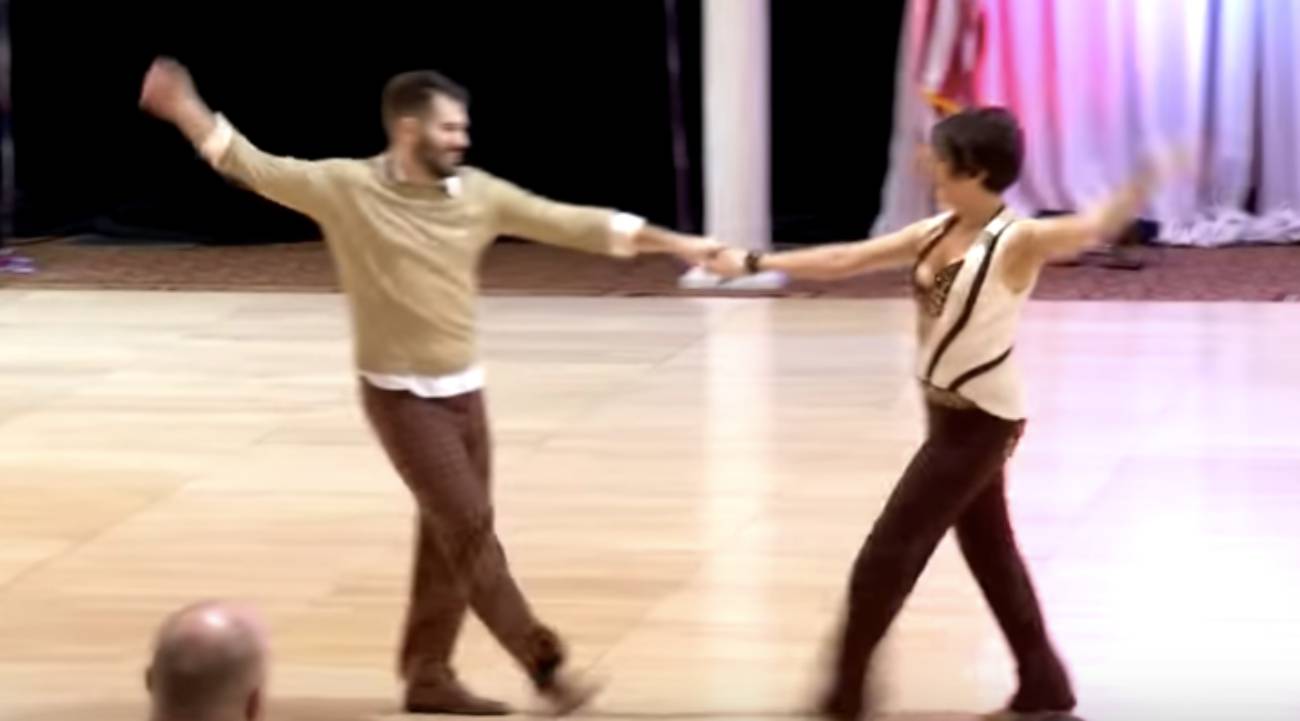 As they pause for a moment after the big finish, the crowd erupts in applause and jumps to their feet for a well-deserved standing ovation.

Jennifer has been dancing since the age of 5 and was on a college ballroom dance team when she was just 13 years old. She and her partner typically focus on West Coast Swing. Jennifer performs, teaches, and judges around the world.

Ben started swing dancing at the age of 12 and is a two-time Wold Swing Dance Champion, three-time U.S. Open Swing Dance Champion, Spirit of Lindy Hop award winner, and California Swing Dance Hall of Fame award winner. He appears in the movie Love N’ Dancing as well as in the Leann Rimes music video “Swingin.” Ben travels around the world to teach workshops, judge competitions, and, of course, perform with Jennifer.