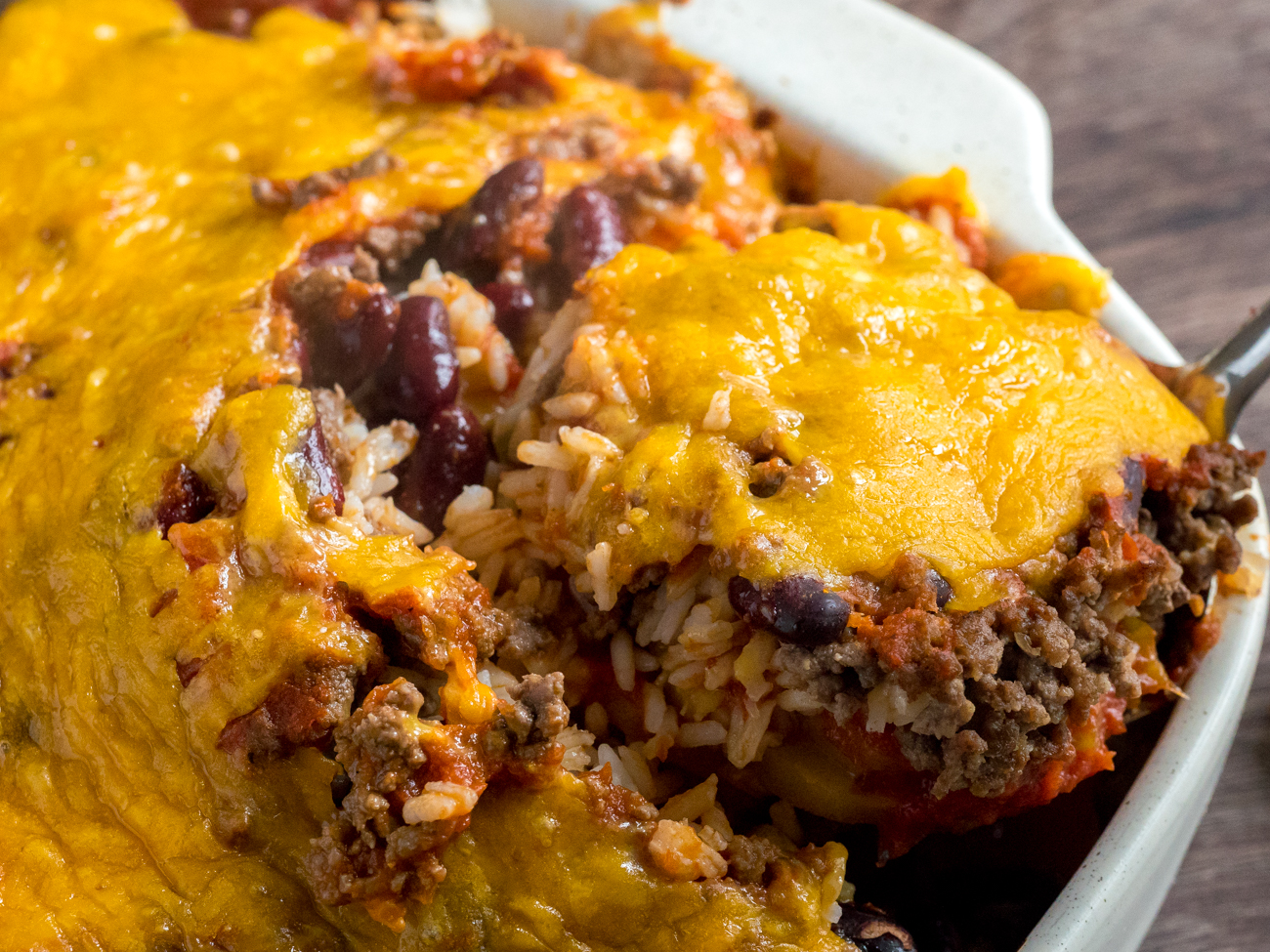 Shipwreck Casserole ain’t pretty, but it’s one of those casseroles where looks don’t matter in the slightest because it’s all about the comforting flavors. It’s a unique layered affair; some say it got its name when sailors grabbed whatever food they could from their wrecked ship and then prepared a baked dish from the assorted ingredients. (When I first saw it I thought it got its name because it just looked like a shipwreck.) This bake has been around (in one form or another) since the 1940s, so you just know it has to be good; it’s tried and true, the kind of dish that families have loved so much that they’ve passed it down for decades on end. 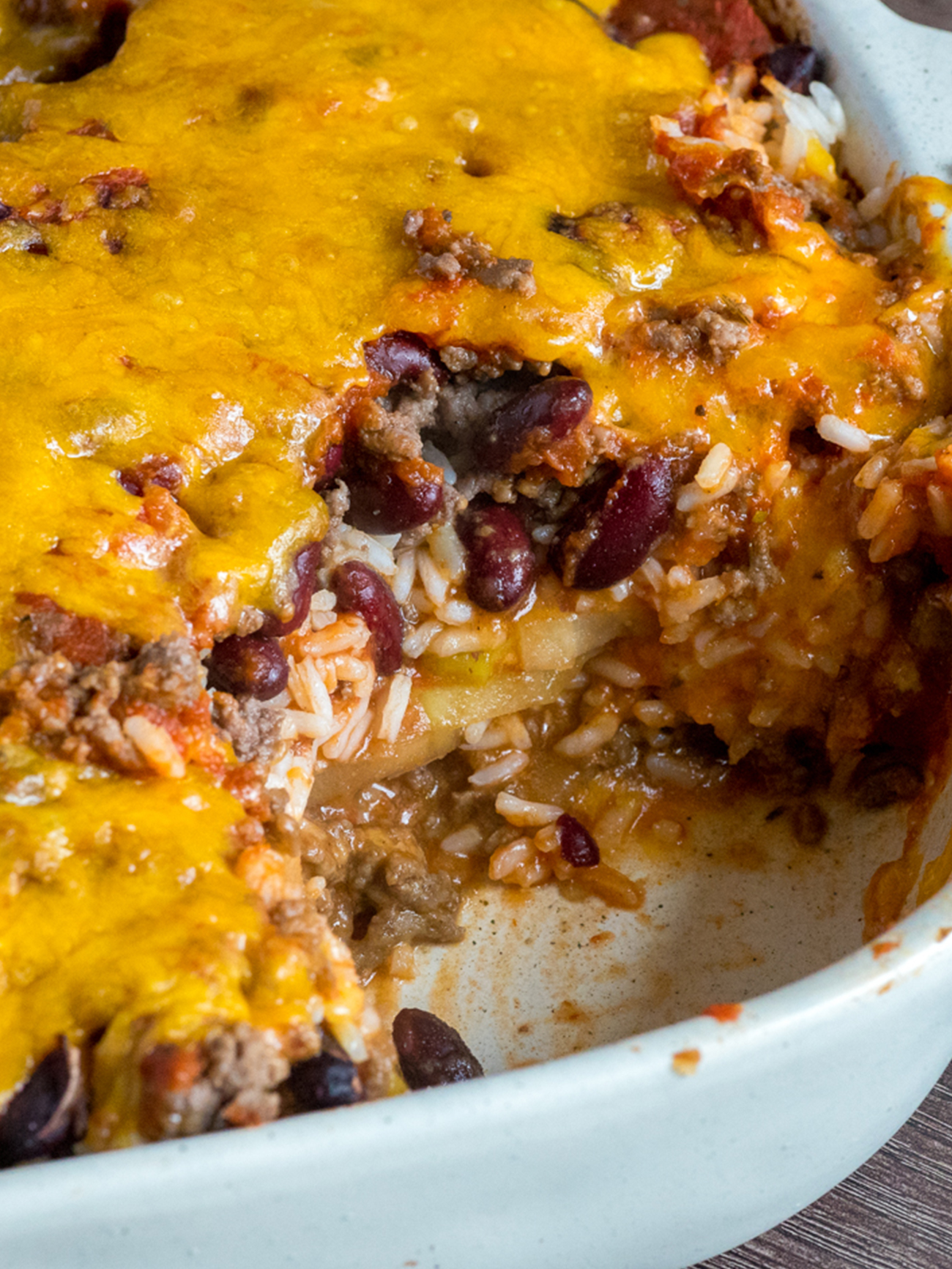 When you first see the list of ingredients, you might think, “How did these come to be together?” But I promise you, you just have to go with it, and after one bite you’ll see that it all makes sense.

You start by seasoning and browning some ground beef, that you combine with some kidney beans. (Like I said, just go with it.) 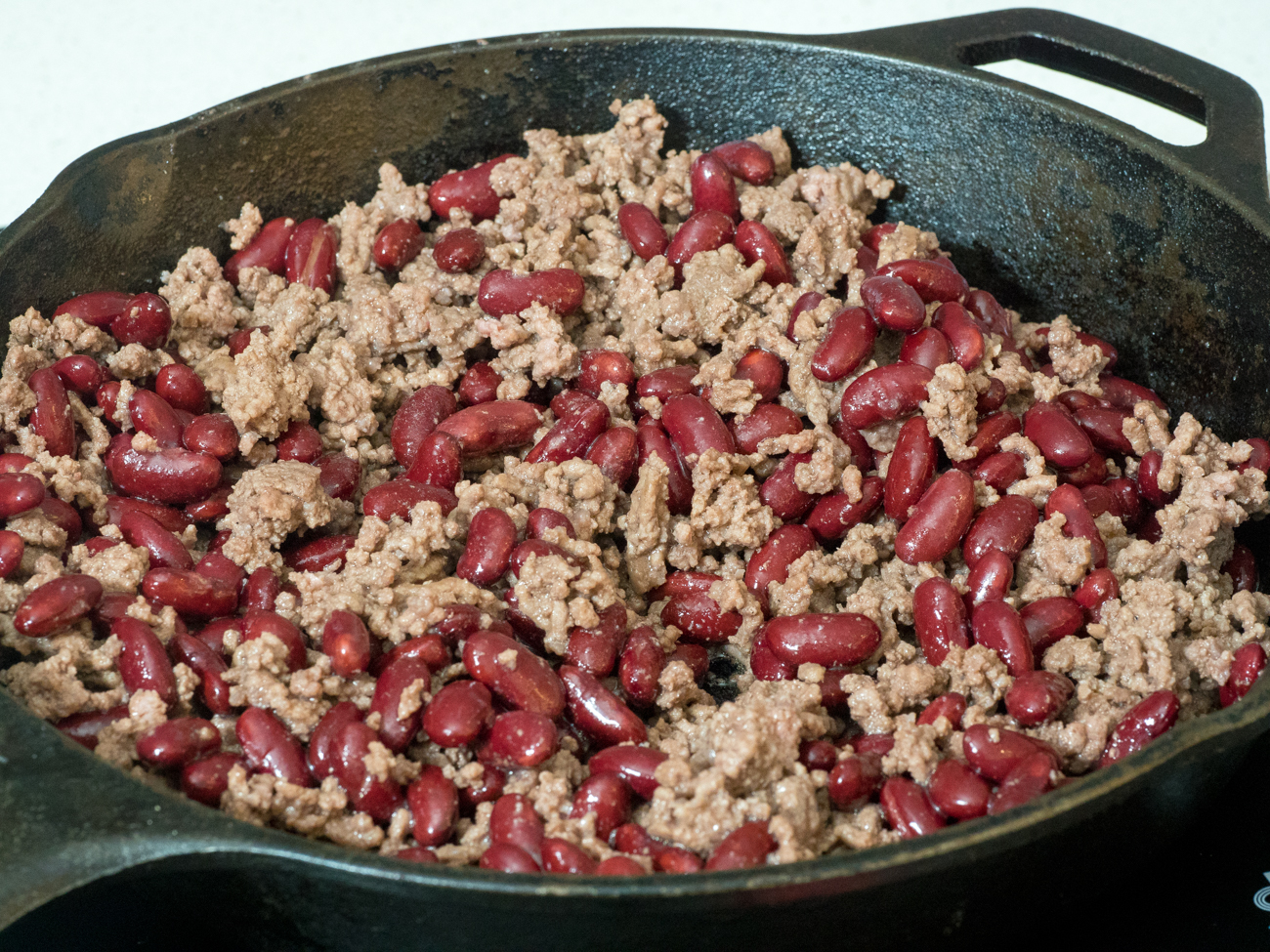 You set that aside while you layer sliced onions and potatoes in a baking dish and top them with a mixture of tomato paste, tomato sauce, and Italian seasoning. 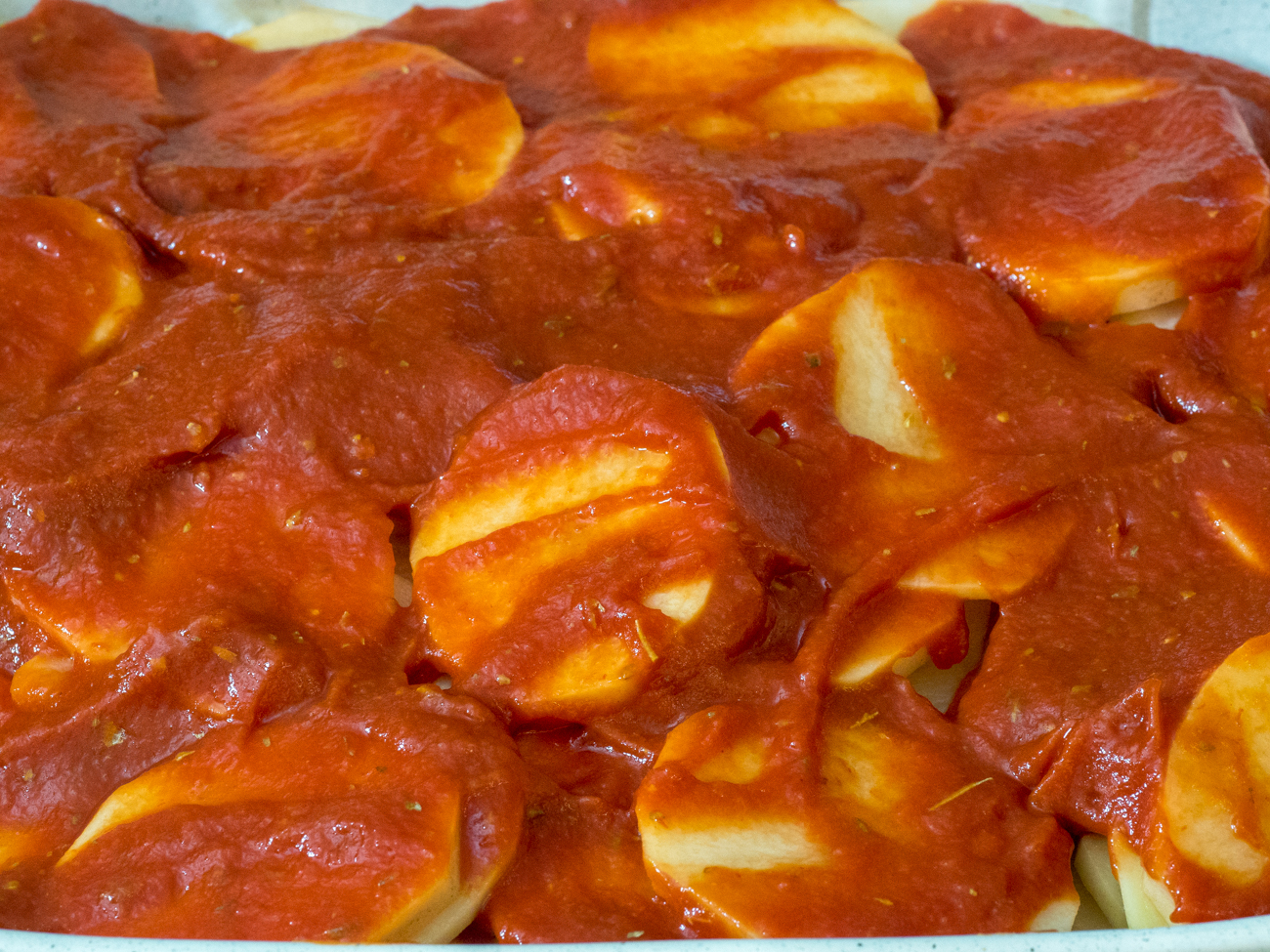 Next up is a layer of sliced celery followed by a generous helping of white rice. (Potatoes and white rice? Yes. Double the carbs, double the fun.) 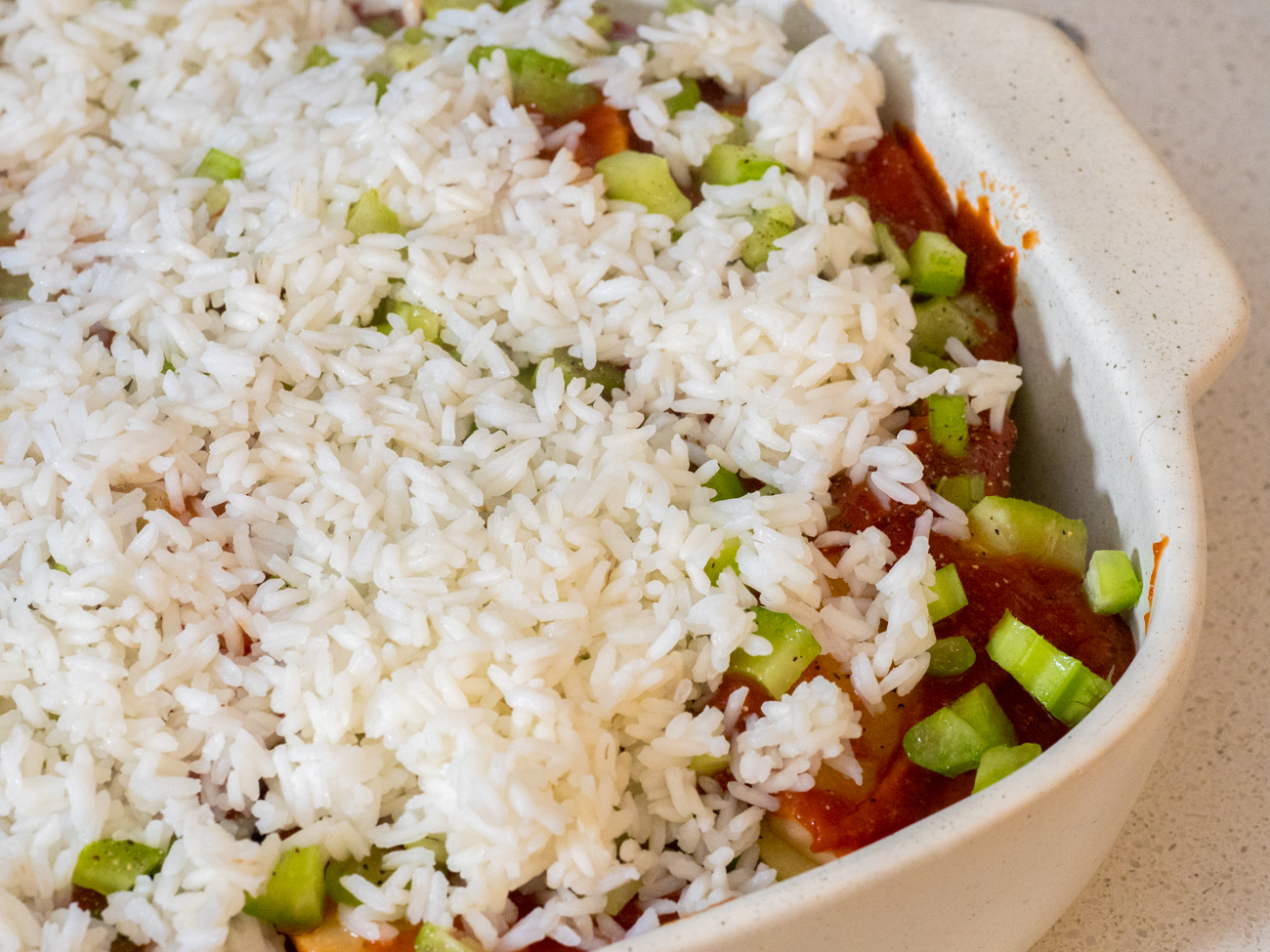 Finally those kidney beans and ground beef from the beginning make their way on top, followed by the remaining tomato sauce and a bit of grated cheese. 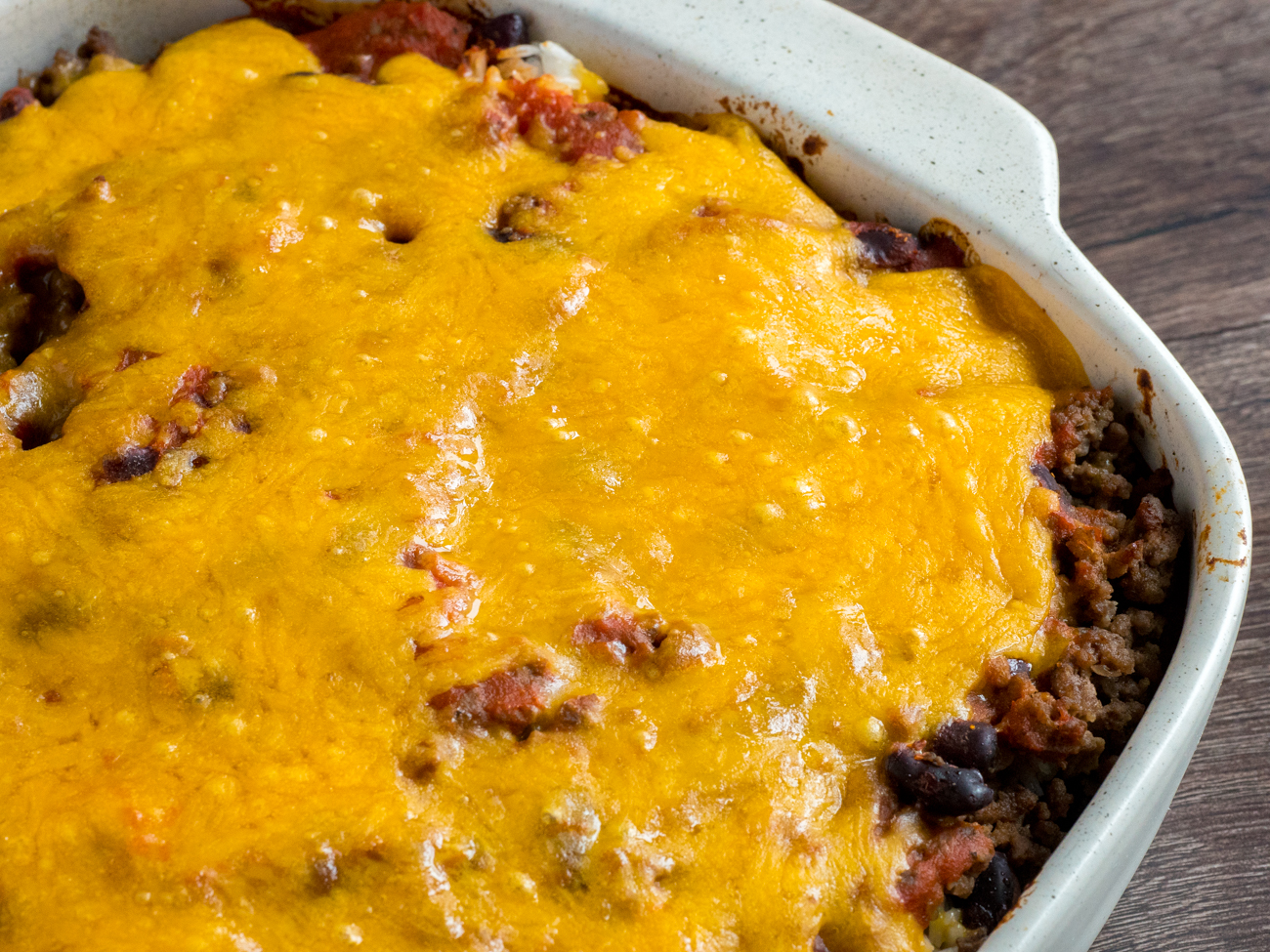 It bakes into a bubbly union of flavors that’s inexplicably tasty and incredibly comforting. It’s more of a smashing success than a shipwreck. 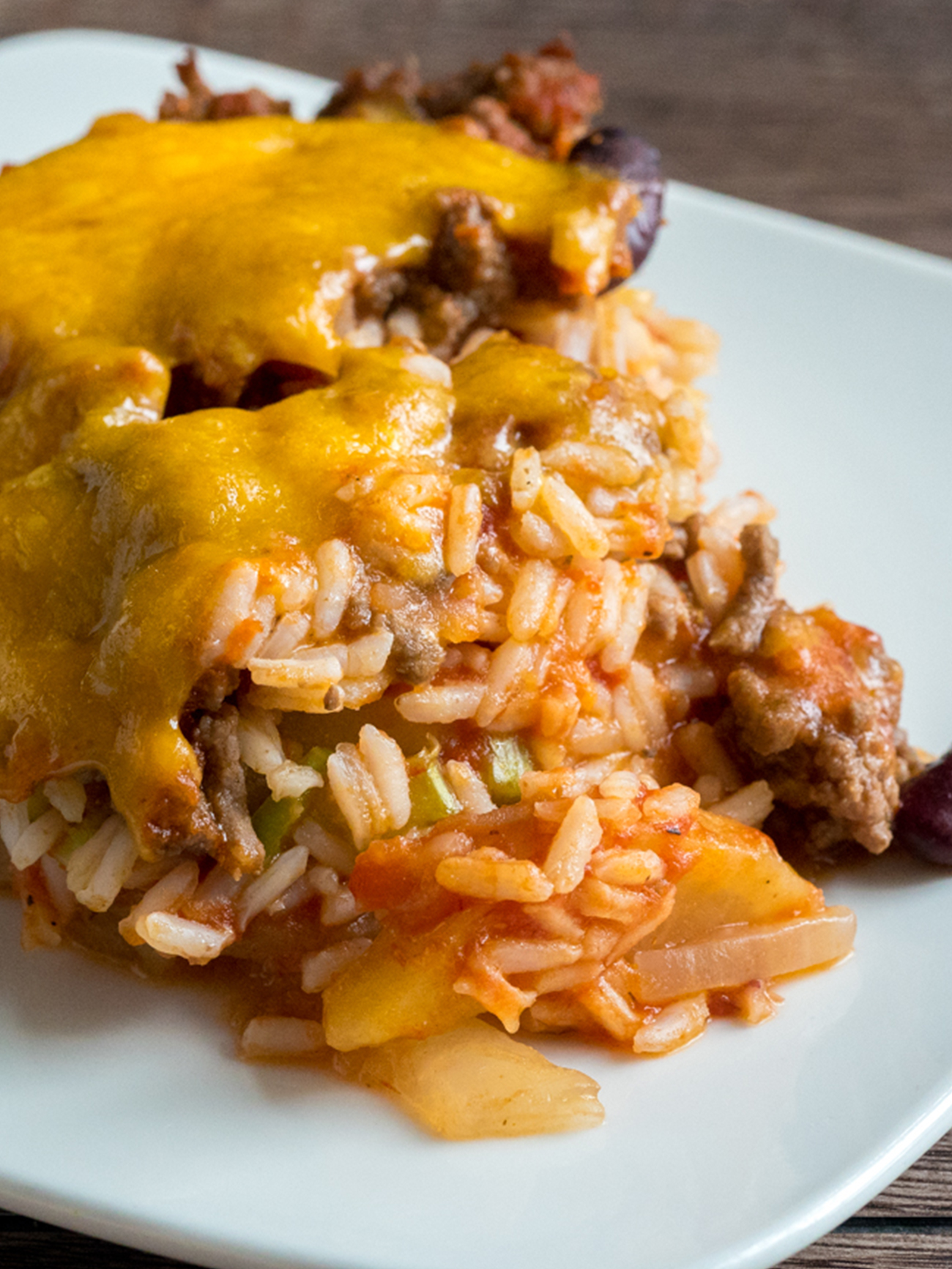