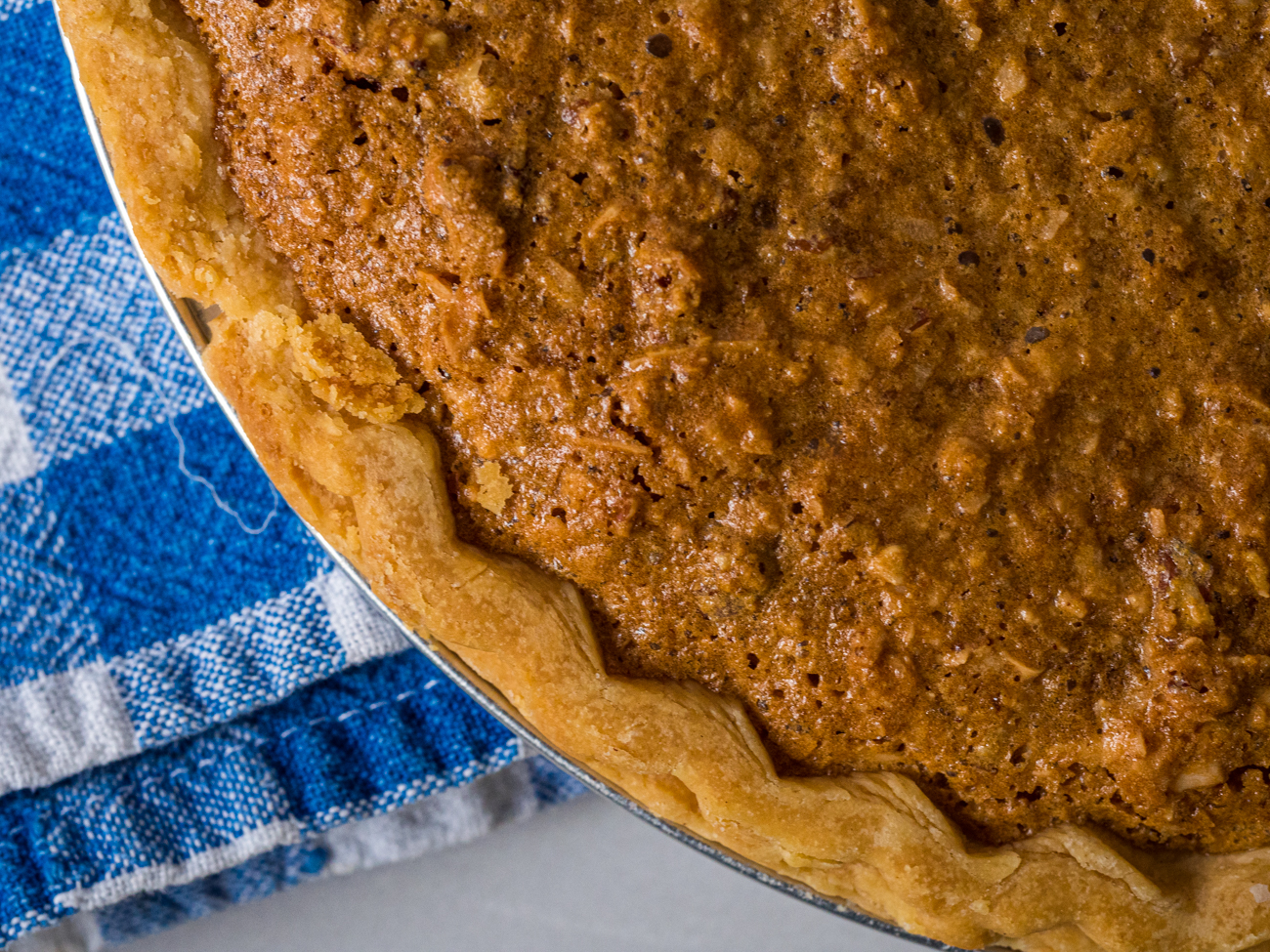 Sawdust Pie is a bit of a mystery. You mix together an odd array of dry ingredients – graham cracker crumbs, flaked coconut, chopped pecans – with only egg whites for liquid and you end up with a pie that has a texture unlike any other you’ve ever had – and no, it’s not dry in the slightest. Instead, it has a texture that’s moist and chewy, almost like a macaroon, and a taste that’s sweet and straightforward. 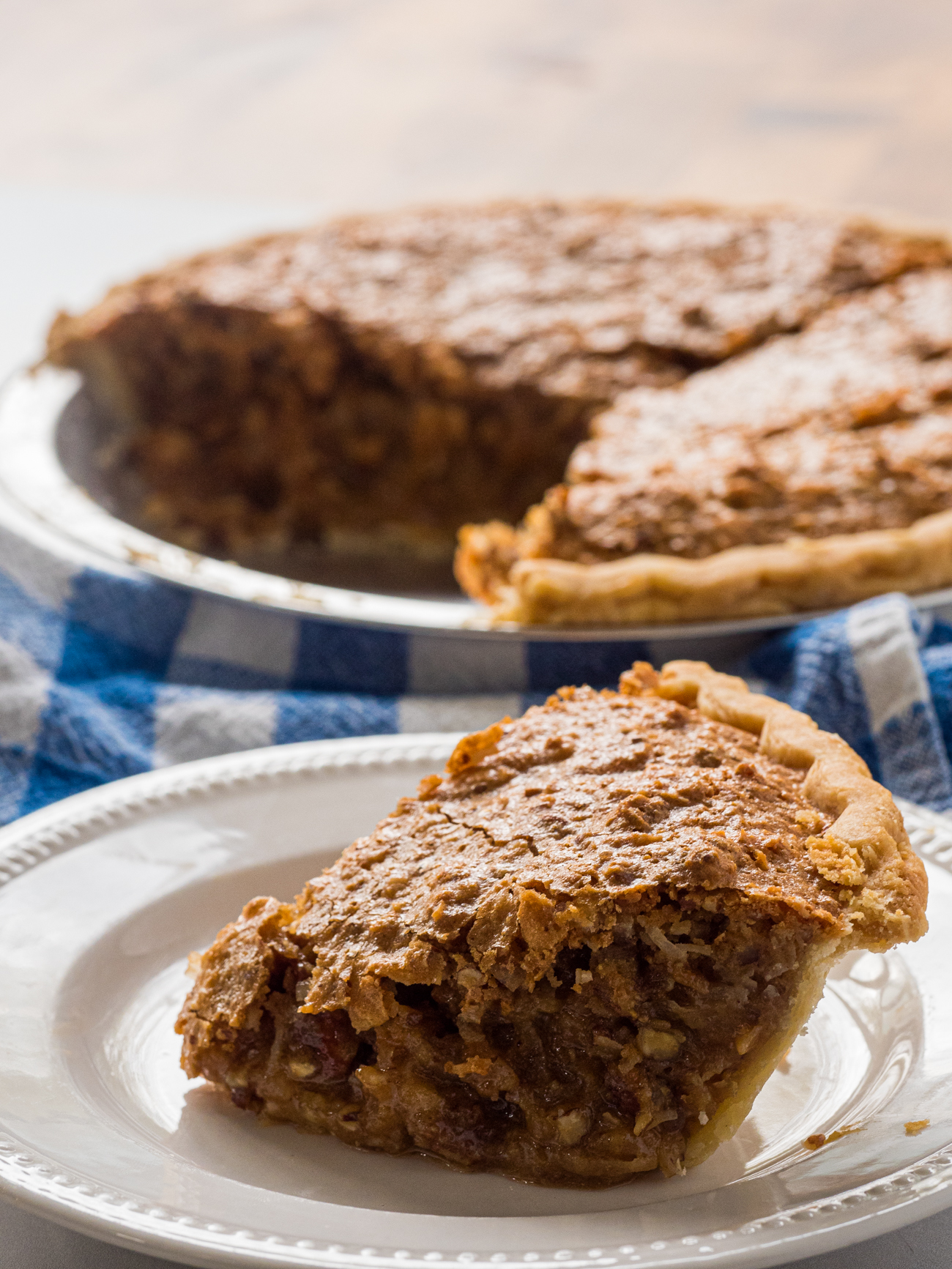 It’s always nice when a dessert as delicious as this also happens to be no trouble to make. All this really takes is a bit of stirring. You mix together some graham cracker crumbs, flaked coconut, and chopped pecans with some sugar, salt, and seven egg whites. 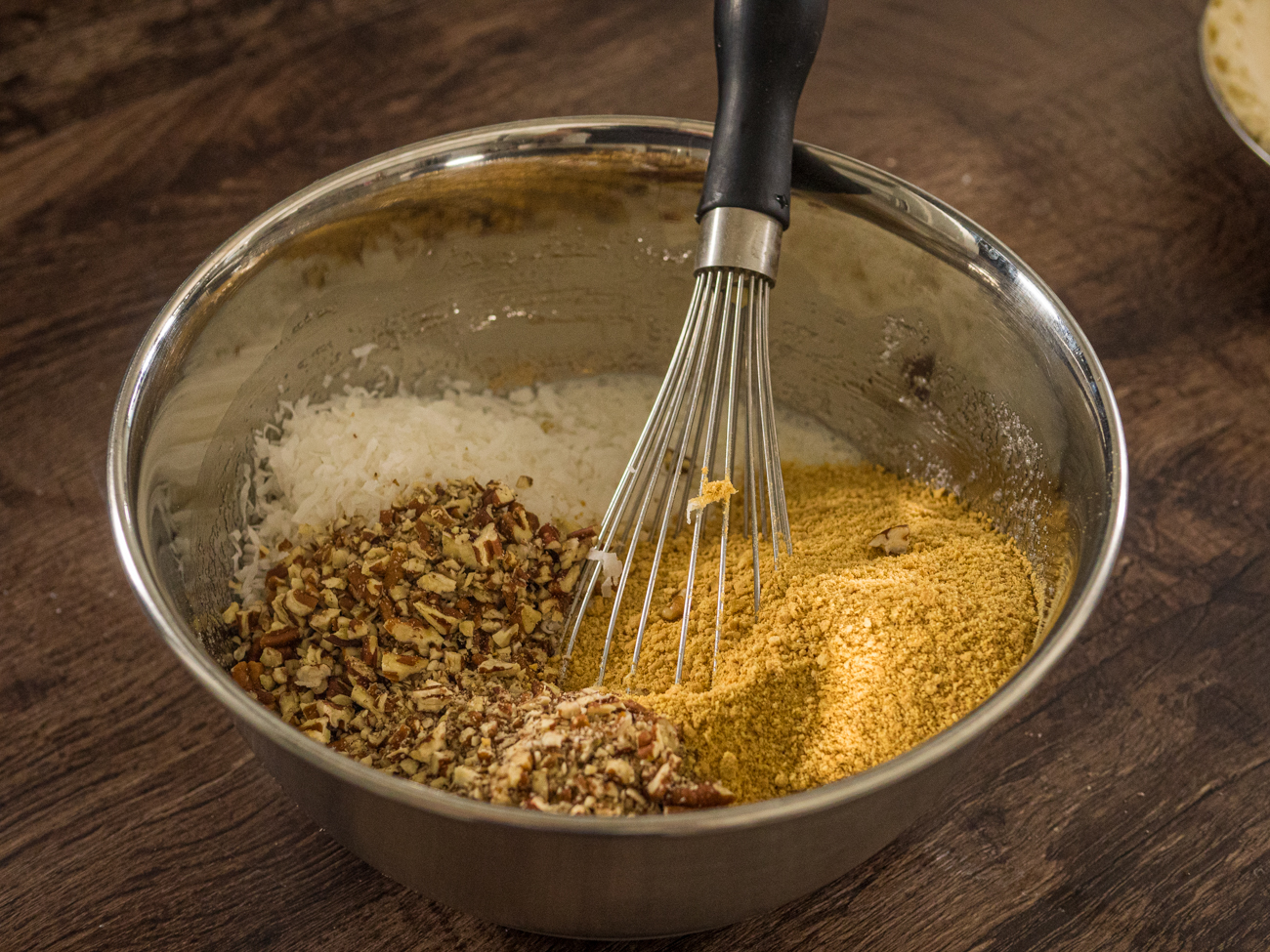 You don’t even need to beat the egg whites, though there are some versions that call for it. You just pour that quick filling into a pie shell… 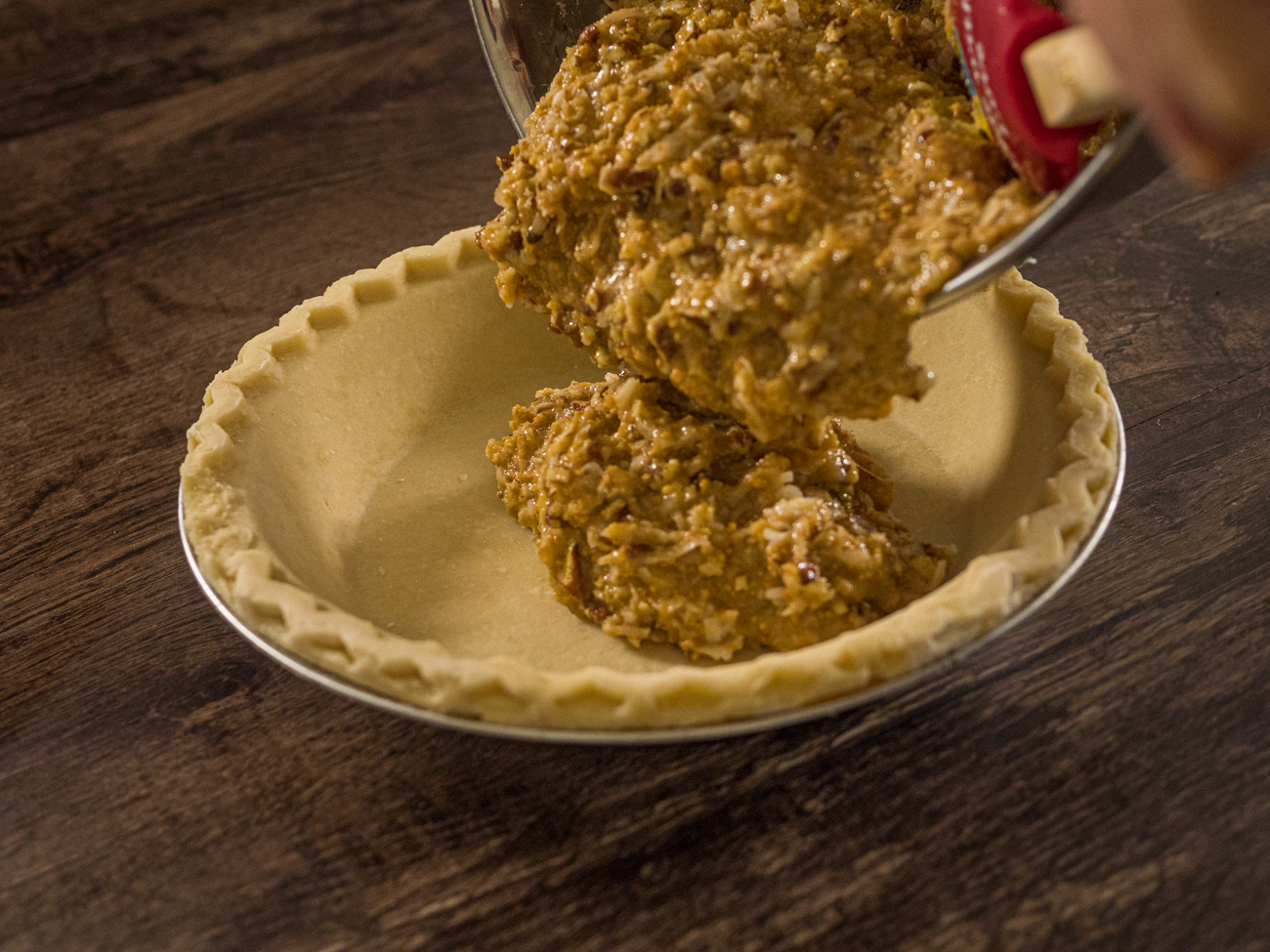 … and bake it until the top has formed a nice crust. Some Sawdust Pie recipes will tell you that you’ll only need thirty minutes of baking time, and while that will still get you that lovely crust, it won’t get you the chewy texture that makes this pie so unique. Forty or forty-five minutes will do the trick, and you’ll end up with a texture that’s almost cake-like and a far departure from any custard, cream, or fruit pies you might be used to. 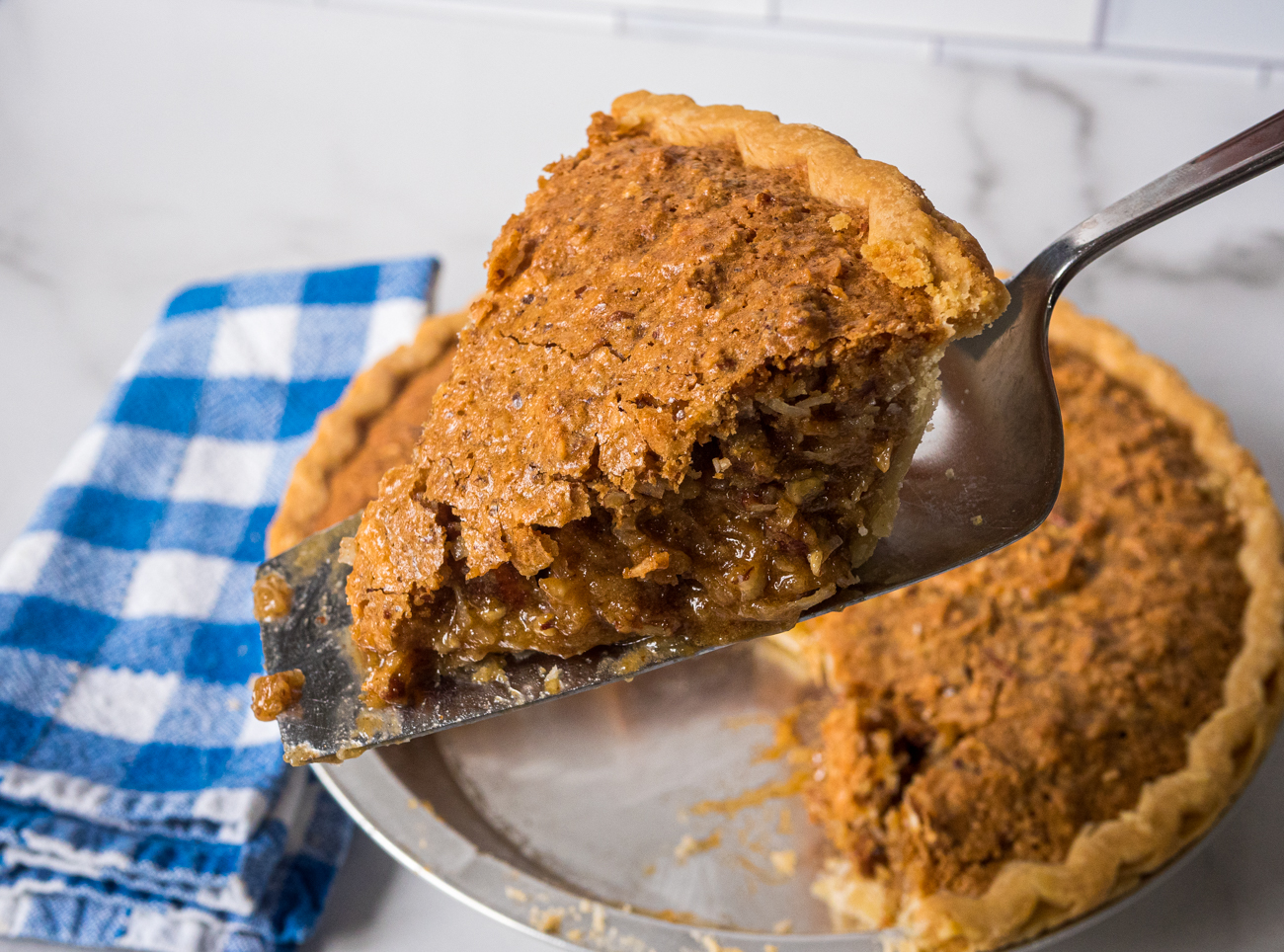 When someone compares a food to sawdust, it’s generally a warning that you should steer clear of it, but Sawdust Pie is a dessert you should keep as close as you can. 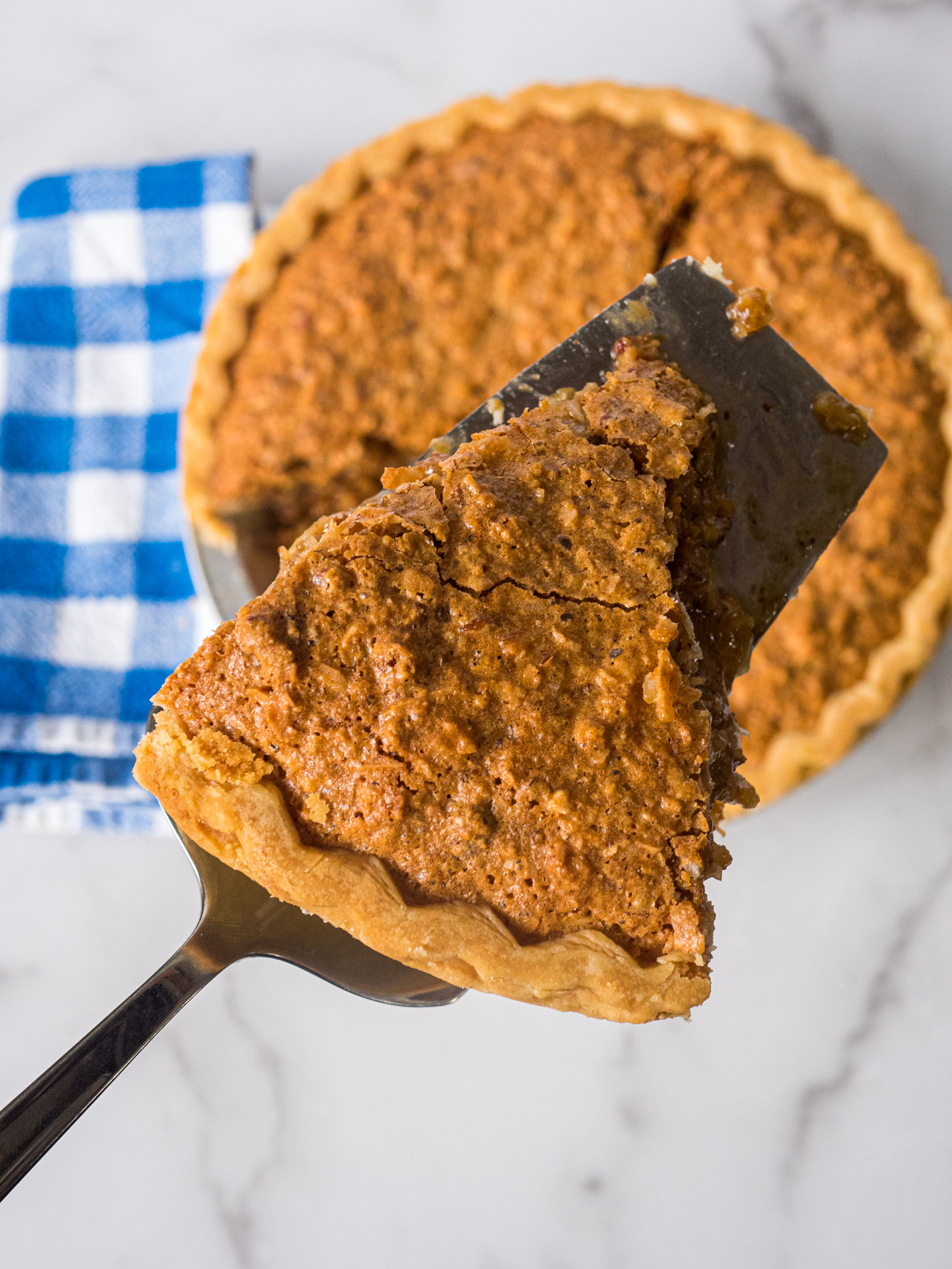 Recipe adapted from The Pie Academy.