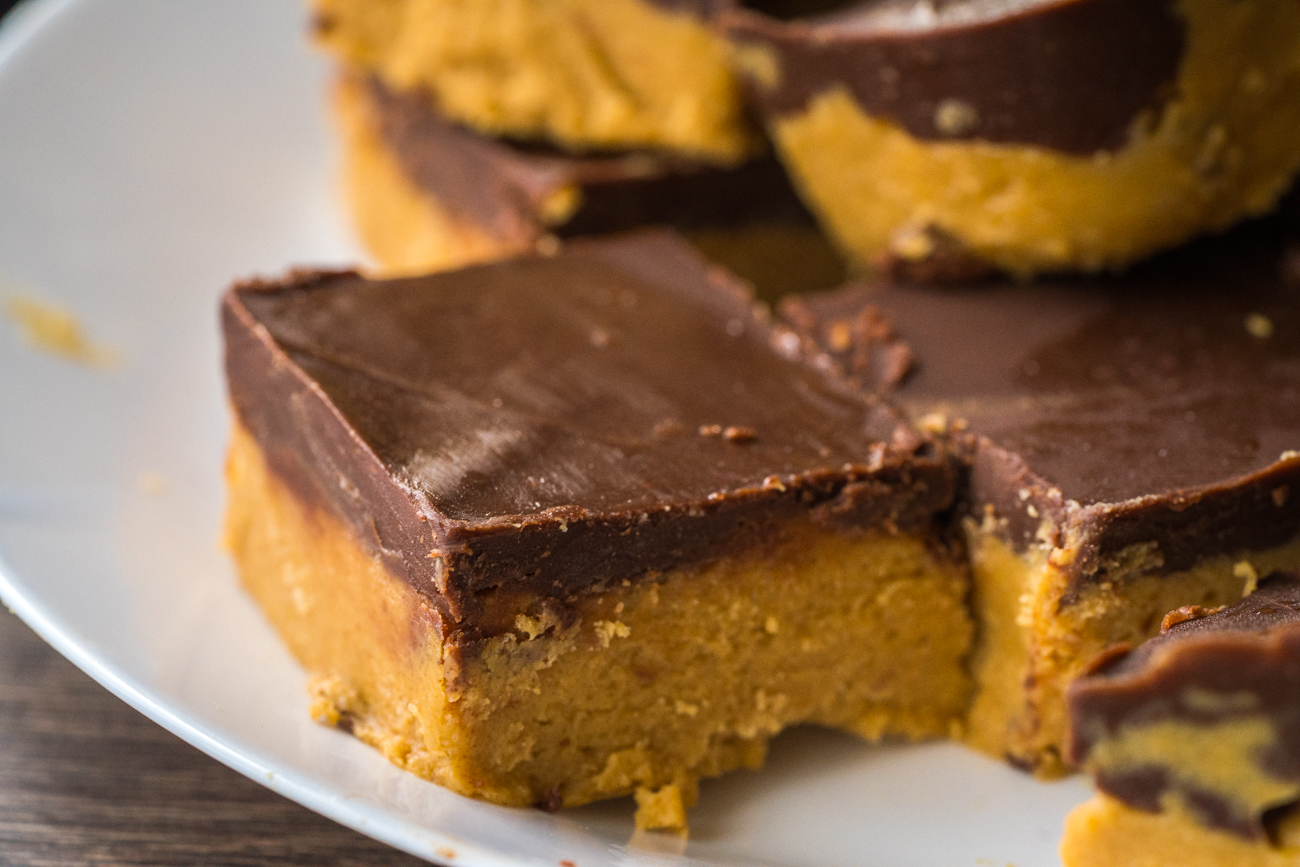 I am personally of the opinion that peanut butter cups are the best candy out there, but even if you don’t agree on that front, you can probably at least acquiesce that the combination of peanut butter and chocolate is one of the finest pairings known to man. (I would hope so. It’s just a hard thing to argue with!) Everyone who loves the combo knows that it’s all about the ratio of peanut butter to chocolate and with these No-Bake Peanut Butter Bars, I dare say we’ve happened upon the perfect formula. 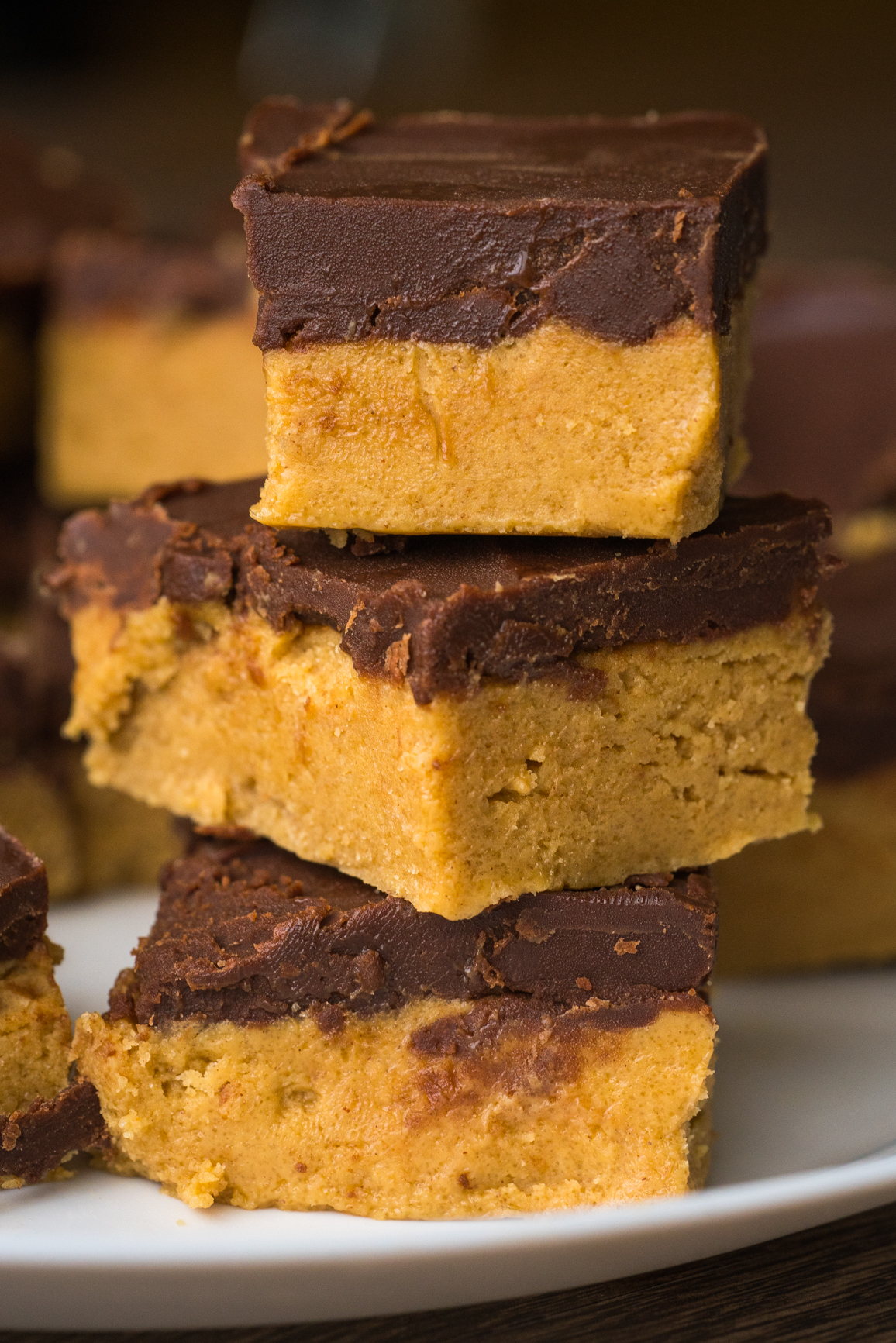 I love that these bars are easy to make, and I love that there’s no oven required for such a confection, but what I especially love about them is that the chocolate layer is substantial enough to have a bit of bite against the creamy peanut butter below. It’s still soft, but it’s just very present in its chocolatey-ness. If chocolatey-ness is a word. 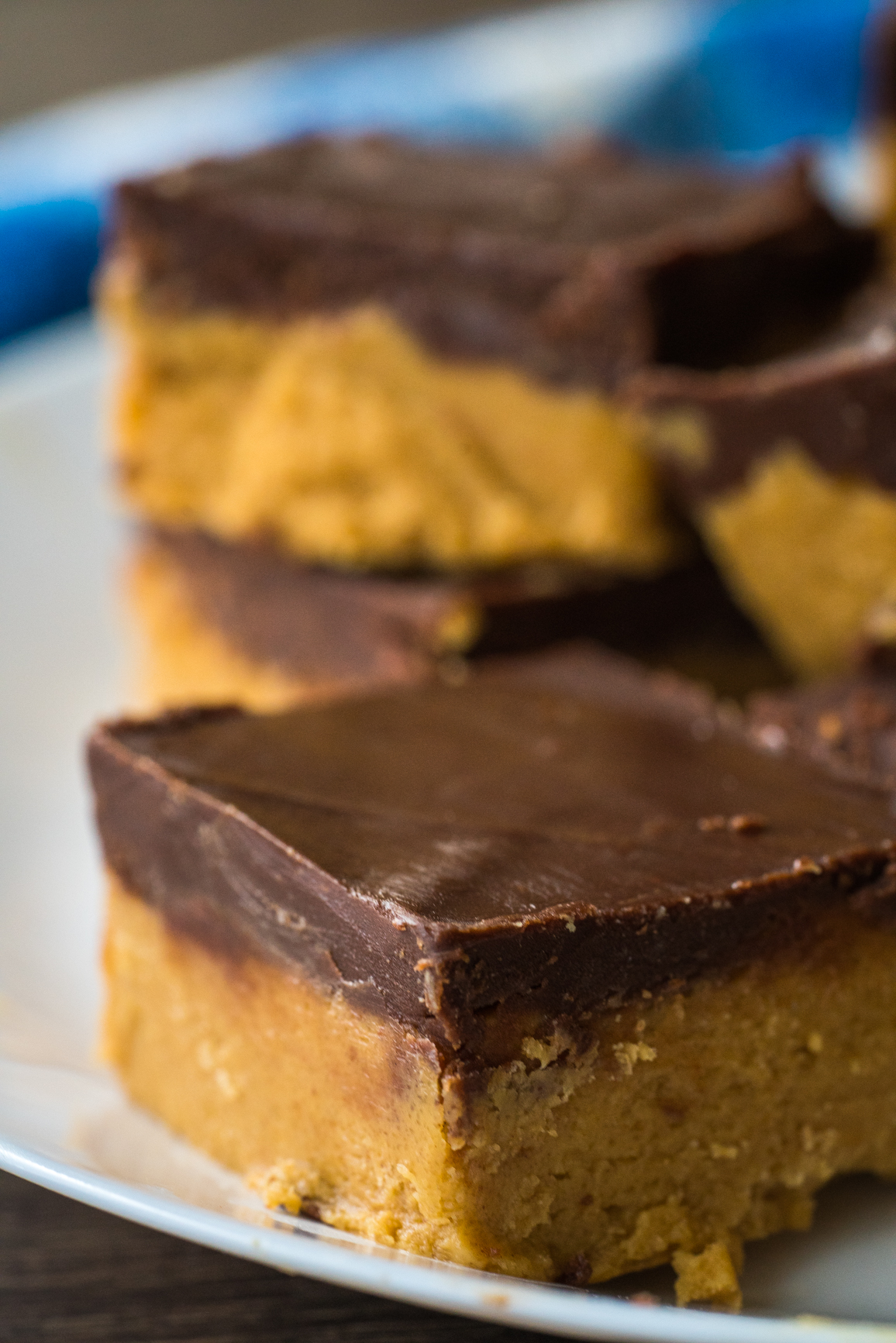 The peanut butter layer here is simple, but it’s not quite as simple as spreading some peanut butter in a pan. Instead, it involves mixing together some butter, brown sugar, and powdered sugar with the peanut butter to add a little more sweetness, some depth of flavor, and a more substantial bite. The chocolate layer is equally easy – just chocolate chips and butter melted together until smooth – and those two layers go into a pan where they chill for a bit and set up into sliceable, all-too-easily-consumable bars. 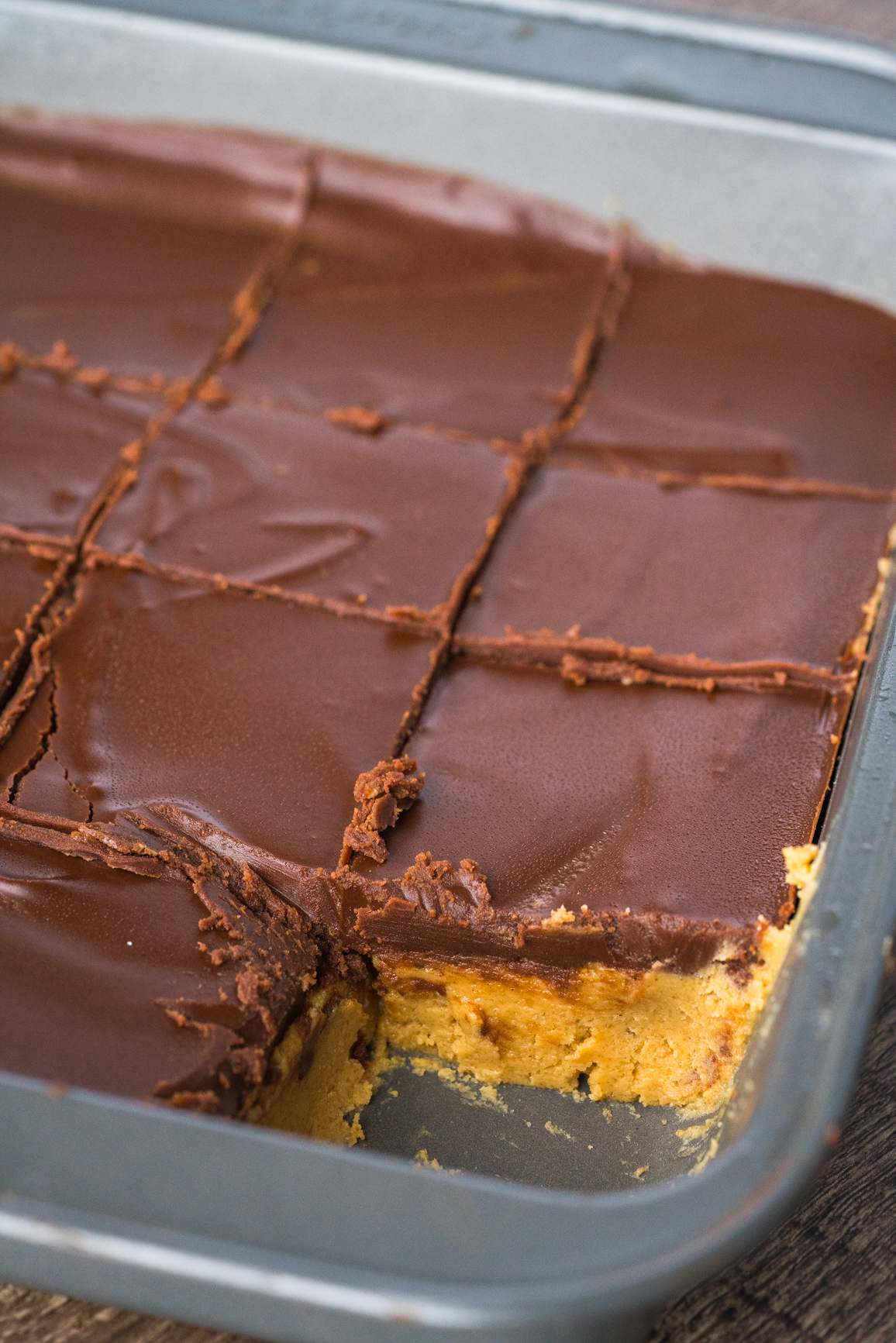 You can think of these bars as if you’re making a giant pan-sized version of a Reese’s. A no-bake, 10-minutes-of-effort, shareable version of a Reese’s. Because while you certainly could just bring a bag of store-bought peanut butter cups to a potluck… this homemade version might garner you a bit more adoration from your friends. 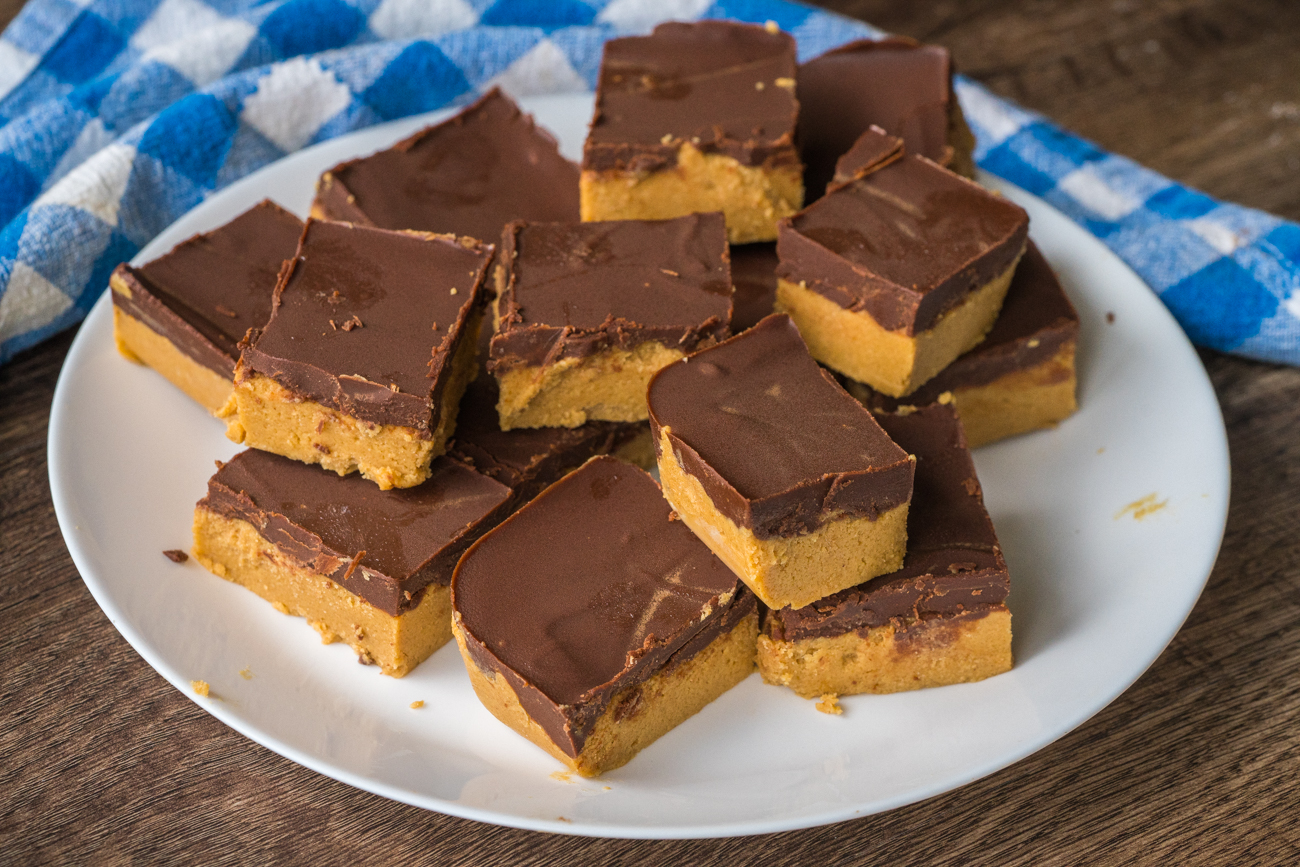