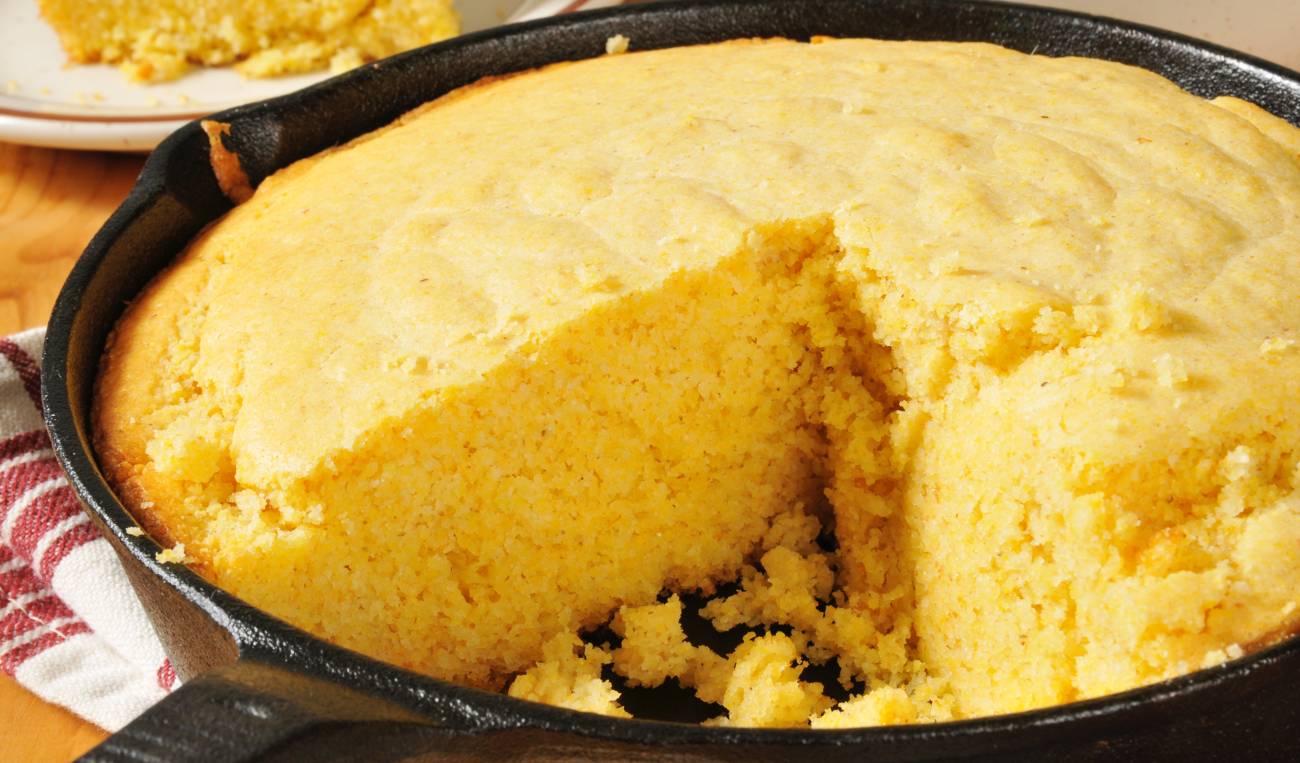 One of our favorite comfort foods is definitely cornbread and it’s amazing to think about how simple the recipe is but how important it is to get those ingredients just right. Much like barbecue sauce, where regional recipes influence ingredients and taste, a cornbread recipe can reveal its own region based upon just a few ingredient modifications. Some recipes call for a sweet cornbread while others take a more savory approach. And there are options for mix-ins, like corn kernels, diced jalapeno, sugar or honey, and cheese.

One of our favorite little hobbies is to explore recipes archives, both in print and online. From the faded yellow recipe cards written in cursive to the ingredients themselves, a vintage recipe gives a unique view into a different moment in time. Now, another fun hobby involves looking at celebrity recipes, and celebrity chefs have grown in popularity, and not just professional chefs. Many actors, musicians, or famous personalities have also dabbled in the cooking world. Our fascination with celebrities isn’t limited to the big screen or the airwaves, but it also includes the kitchen, and there are some amazing recipes available to the public through Internet Archive. If you’re looking for some unique and retro recipes, this is a great place to go. We came across a recipe from a celebrity cookbook and found this gem of a recipe for Pea-Picker’s Corn Bread. 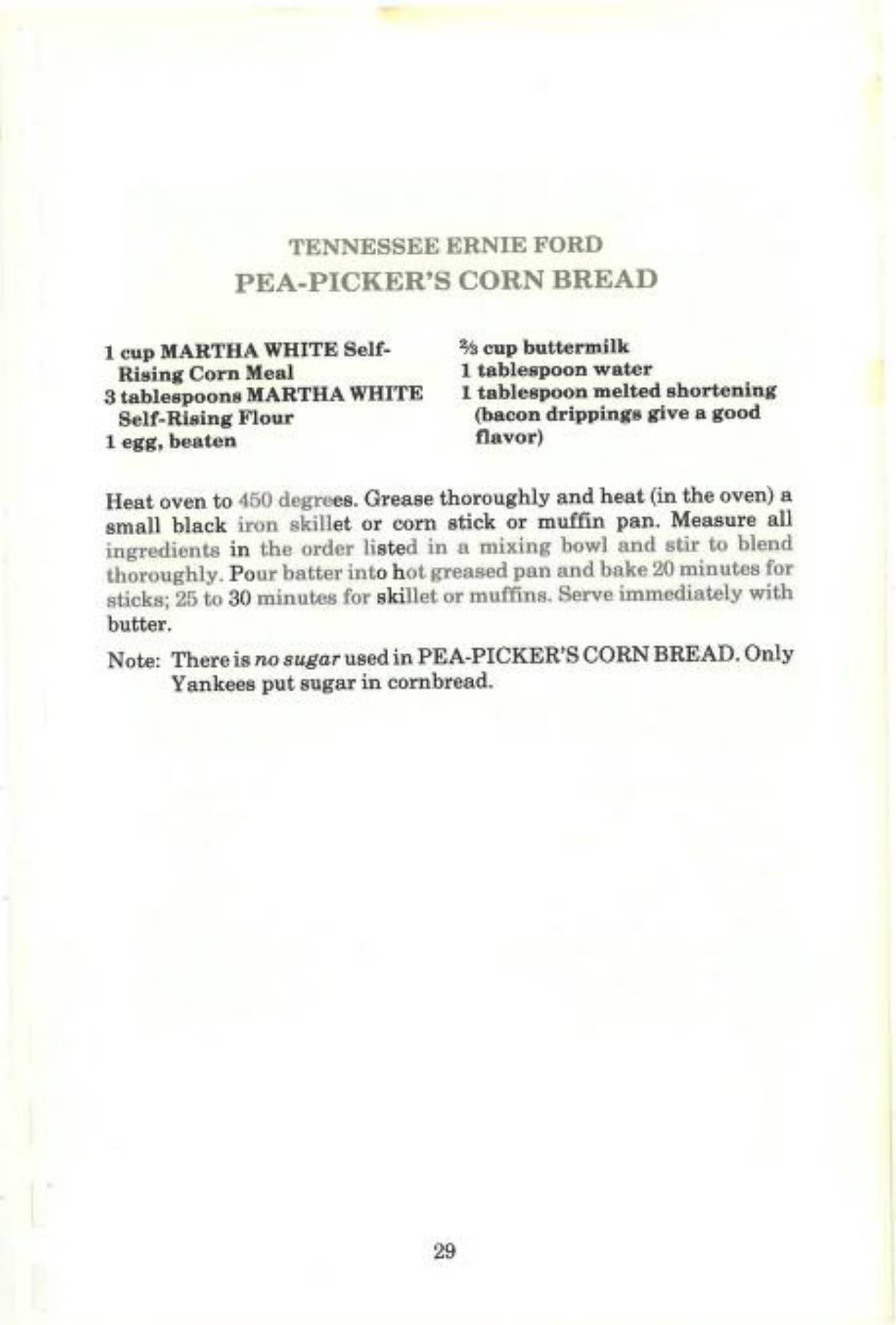 Image via Internet Archive at archive.org

Celebrity Cookbook, by Sandra Battelstein is a compellation of recipes from celebrities; Battelstein sent letters to celebrities across the spectrum, from sports to music and to movie stars and received an overwhelming response. She shares those recipes in this cookbook. In it, we found a recipe for cornbread shared by Tennesse Ernie Ford. Ford was a singer known for his work in Country music as well as Gospel and Boogie. His career spanned over several decades and he was beloved by audiences and widely recognized for his influence on traditional Country music. Ford’s recipe for cornbread shares a very important footnote on one ingredient: sugar. Evidently, he had a strong opinion about his cornbread! 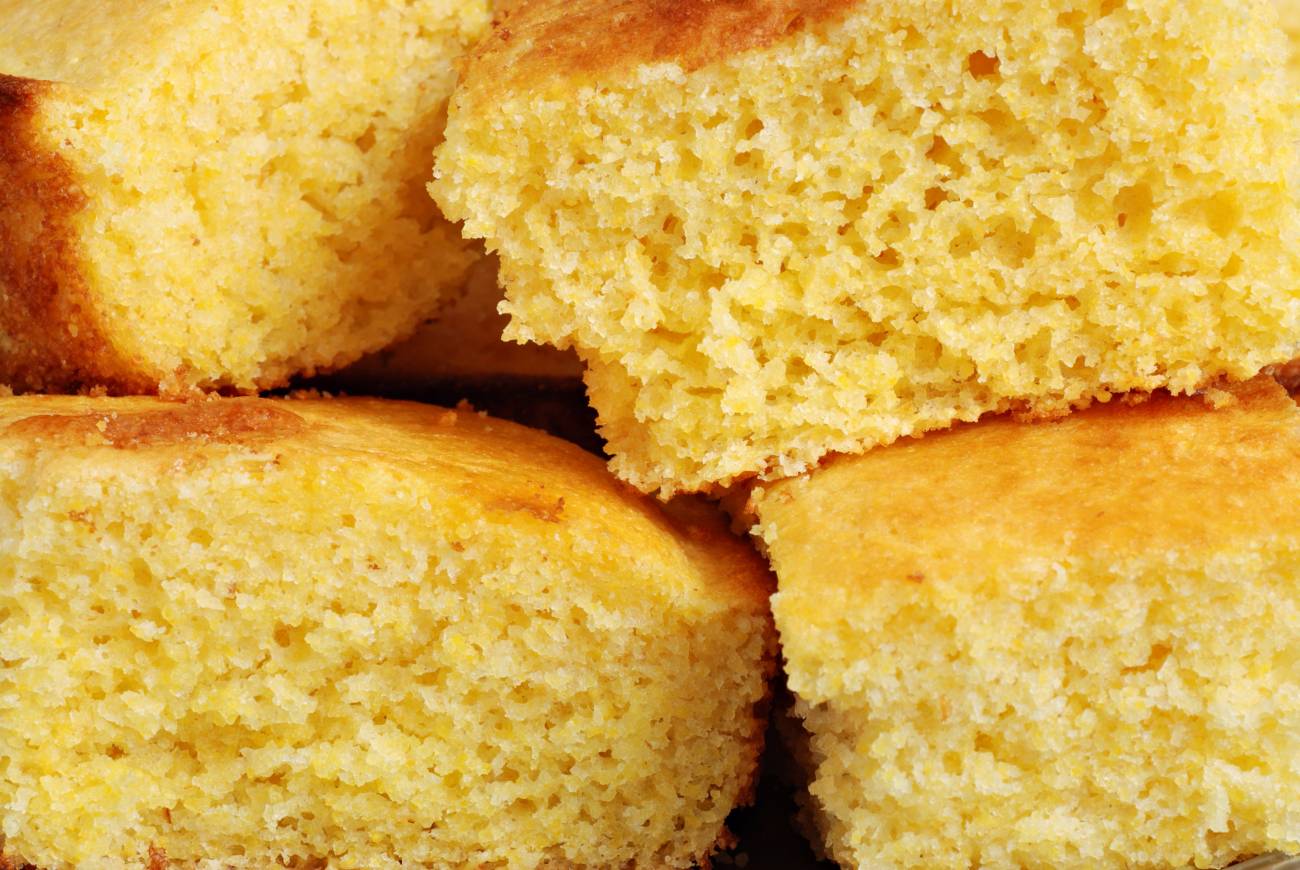 If you’re not going to use sugar in your cornbread, then bacon drippings are an excellent second choice. Bacon drippings will infuse the bread with the most amazing bacon flavor. This recipe isn’t complicated, just simple food made with accessible ingredients, and a recipe that is likely one that’s been passed down over several generations. A recipe like this also offers us a glimpse into the personal lives of the celebrities that shared their favorite recipes and makes these larger-than-life individuals seem more down-to-earth.

So, where do you stand on the sugar in cornbread debate?