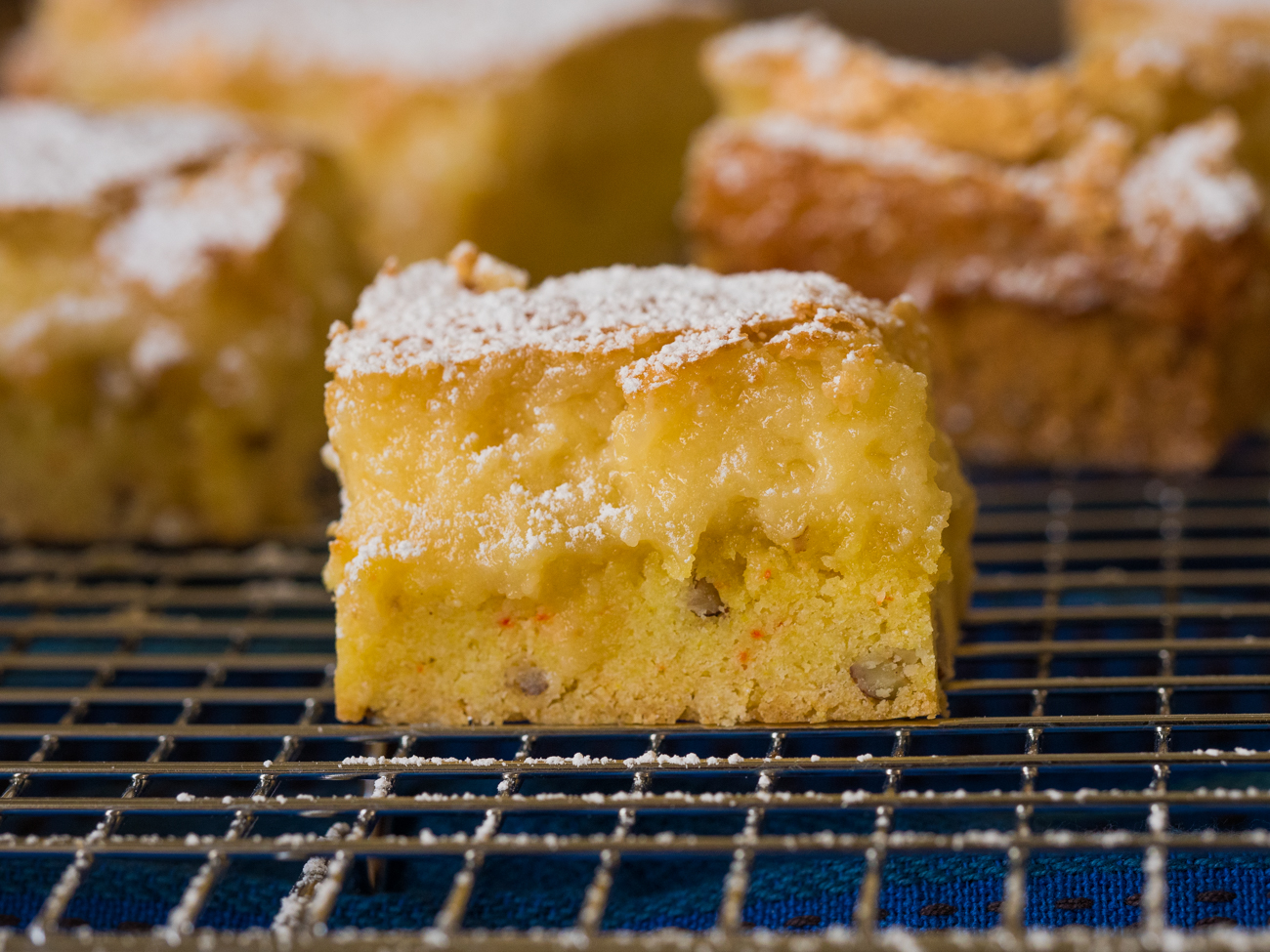 There are all kinds of desserts out there – fudgy, creamy, crunchy – but the gooey variety don’t seem to get quite the attention they deserve. And why not? Eating something with a custardy smoosh is always so satisfying. These easy bars are based on the ever-wonderful Gooey Butter Cake (which really celebrates the greatness of ooey-gooeyness) but with some maple-flavored flair. They’re rich and indulgent, but they still make it pretty hard to stop at just one. 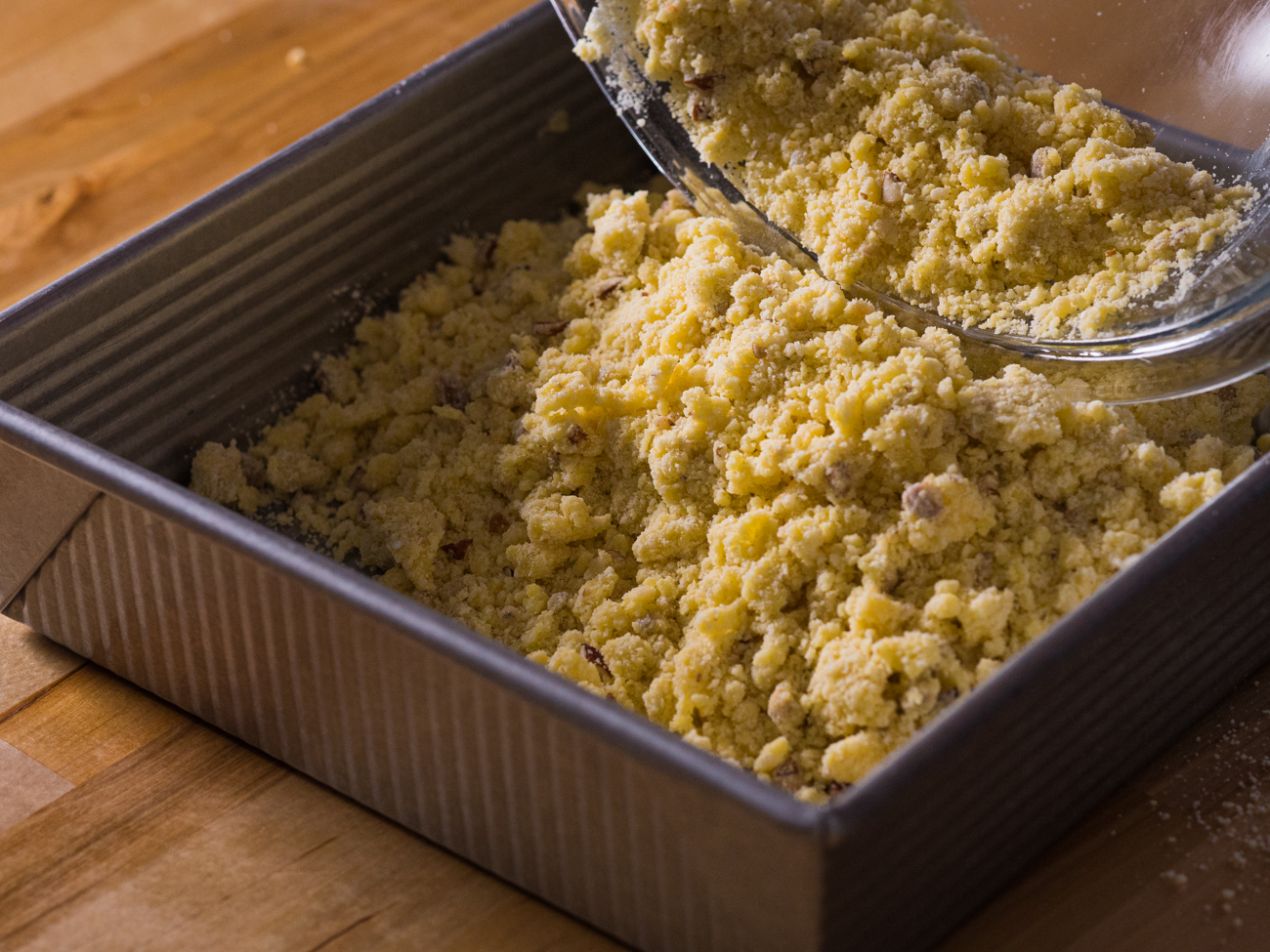 Their base is a dense pecan-studded layer that’s fashioned from cake mix, butter, and an egg. It’s a hearty crusty layer that stands up to the ooey-gooeyness that’ll top it. The next layer is much more pourable – a mixture of cream cheese, eggs, maple syrup, and powdered sugar. 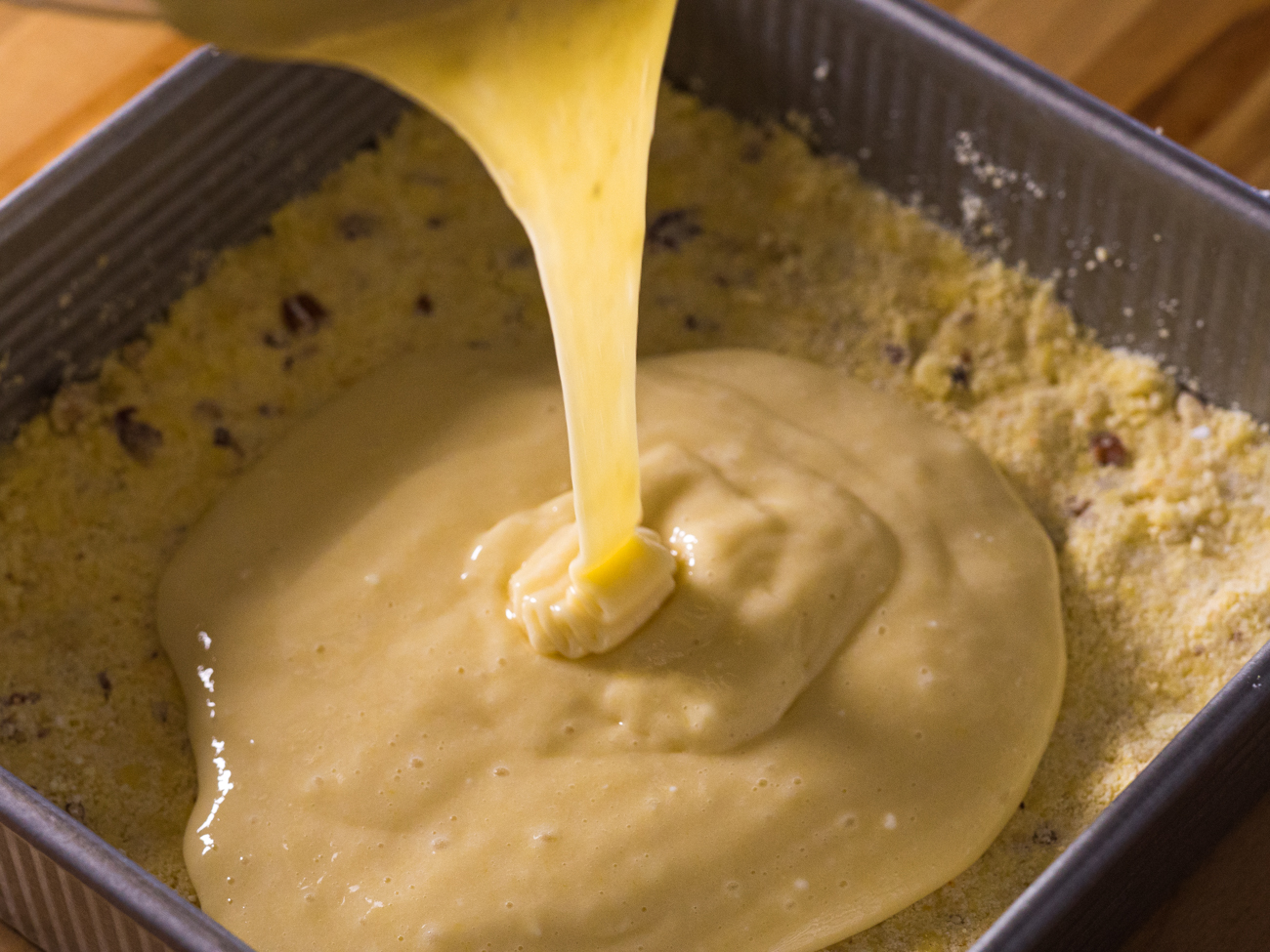 As they bake, the cream cheese layer sets up a bit – but not completely – so when they emerge from the oven there’s still a jiggle going on. 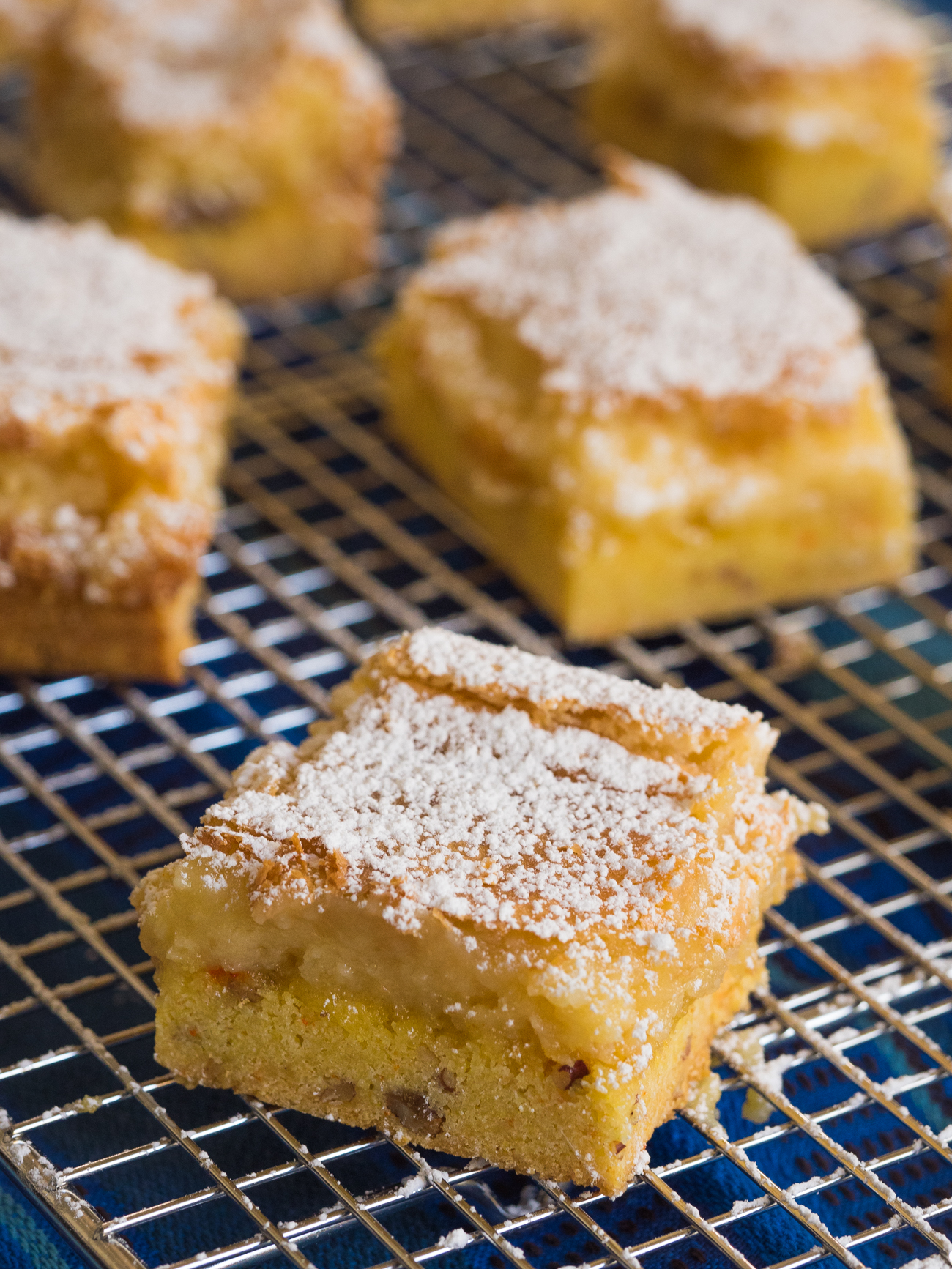 Which means that when you bite into one of these bars, you are greeted not just with the crunch of pecans and a cookie crust but also with a gentle gush of buttery, custardy maple. They prove the point that gooey desserts deserve just as much acclaim as their fudgy, crunchy, creamy cousins. 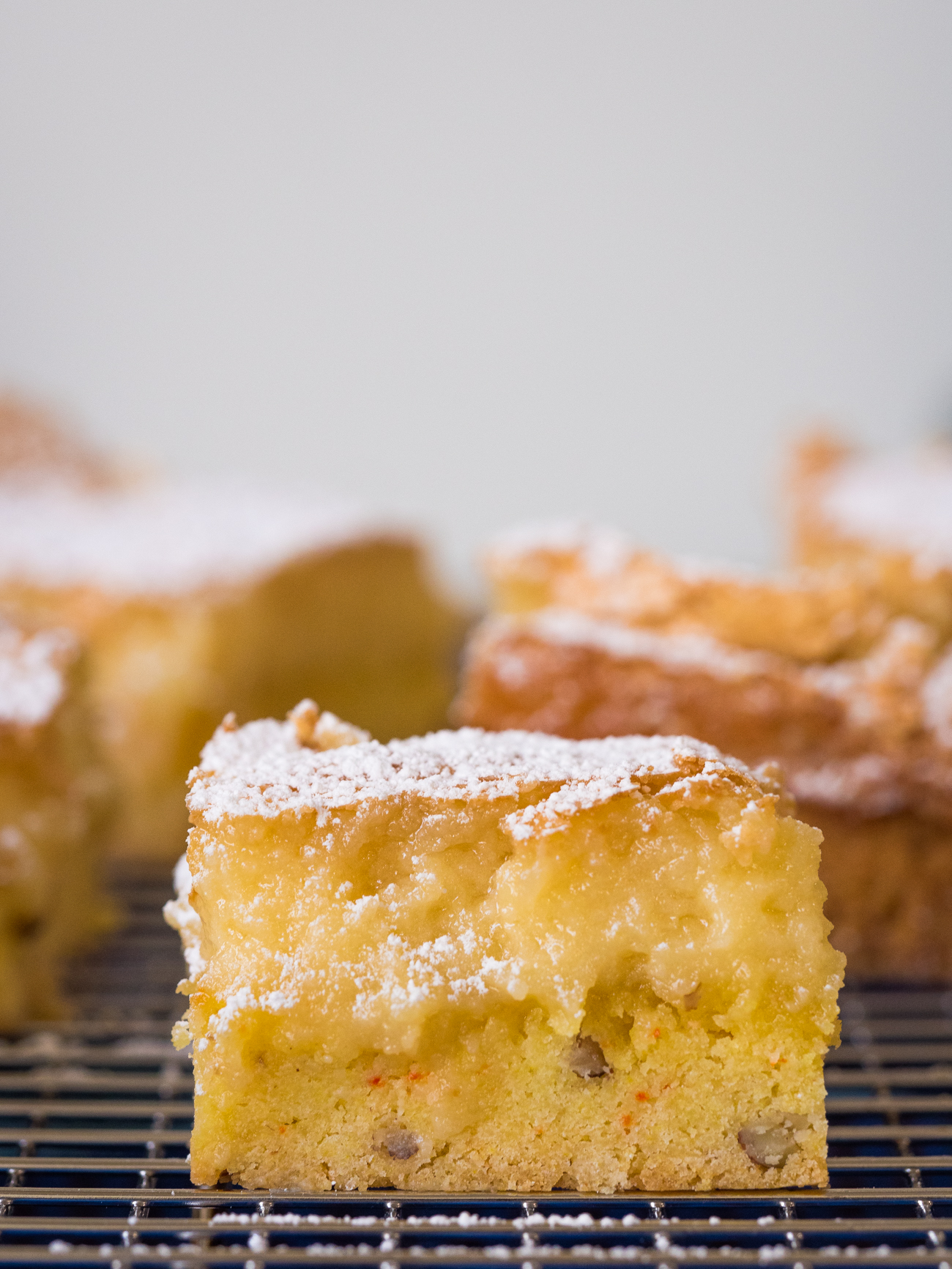