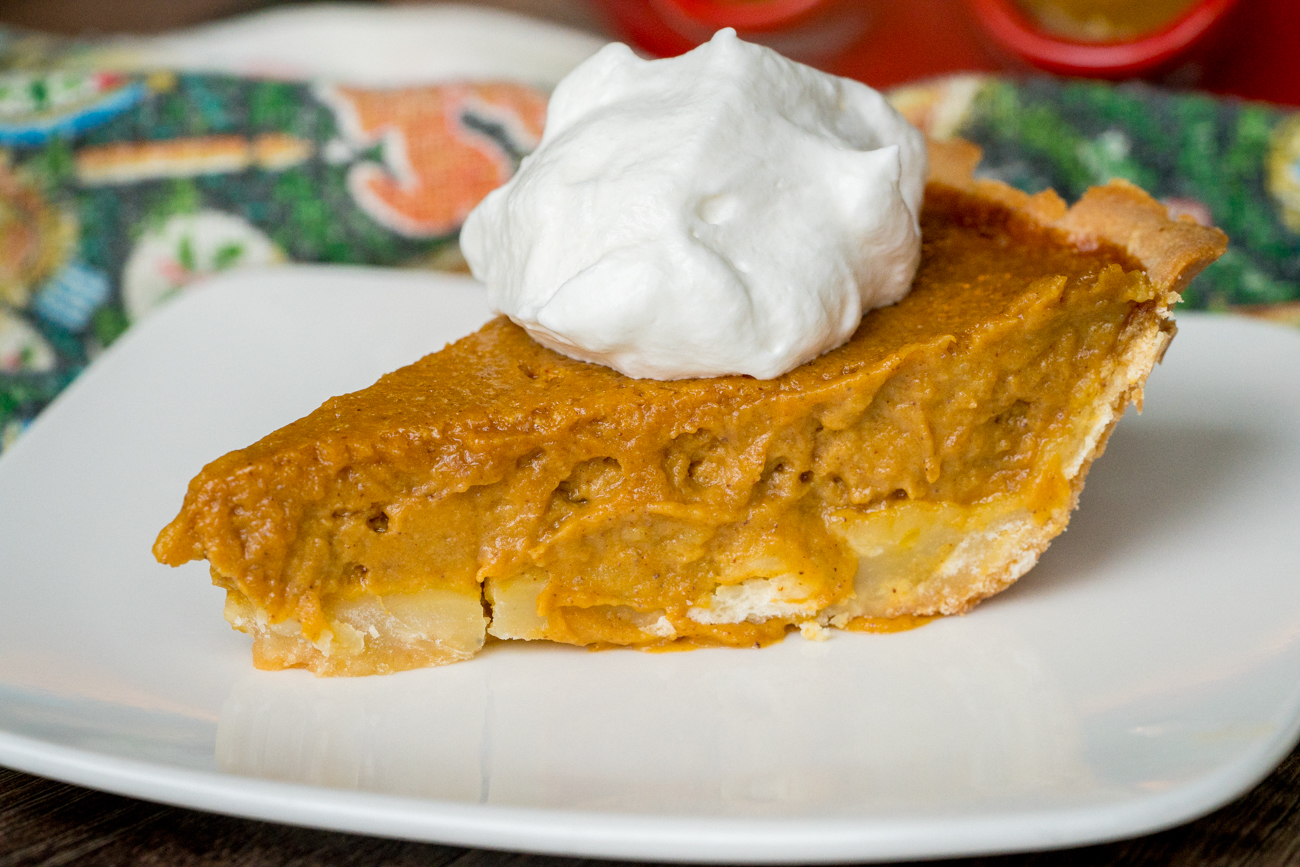 Pumpkin pie is a delight that most of us only have once or twice a year, and if you’re only going to have it a time or two, don’t you want it to be the very best version there is? Well, if there’s anyone we can trust to give us that version, it’s Julia Child. Her Fluffy Pumpkin Pie is as creamy and velvety as you could want it to be, but has a beautiful fluffy texture that you won’t find in any other pie. It’s a must try. 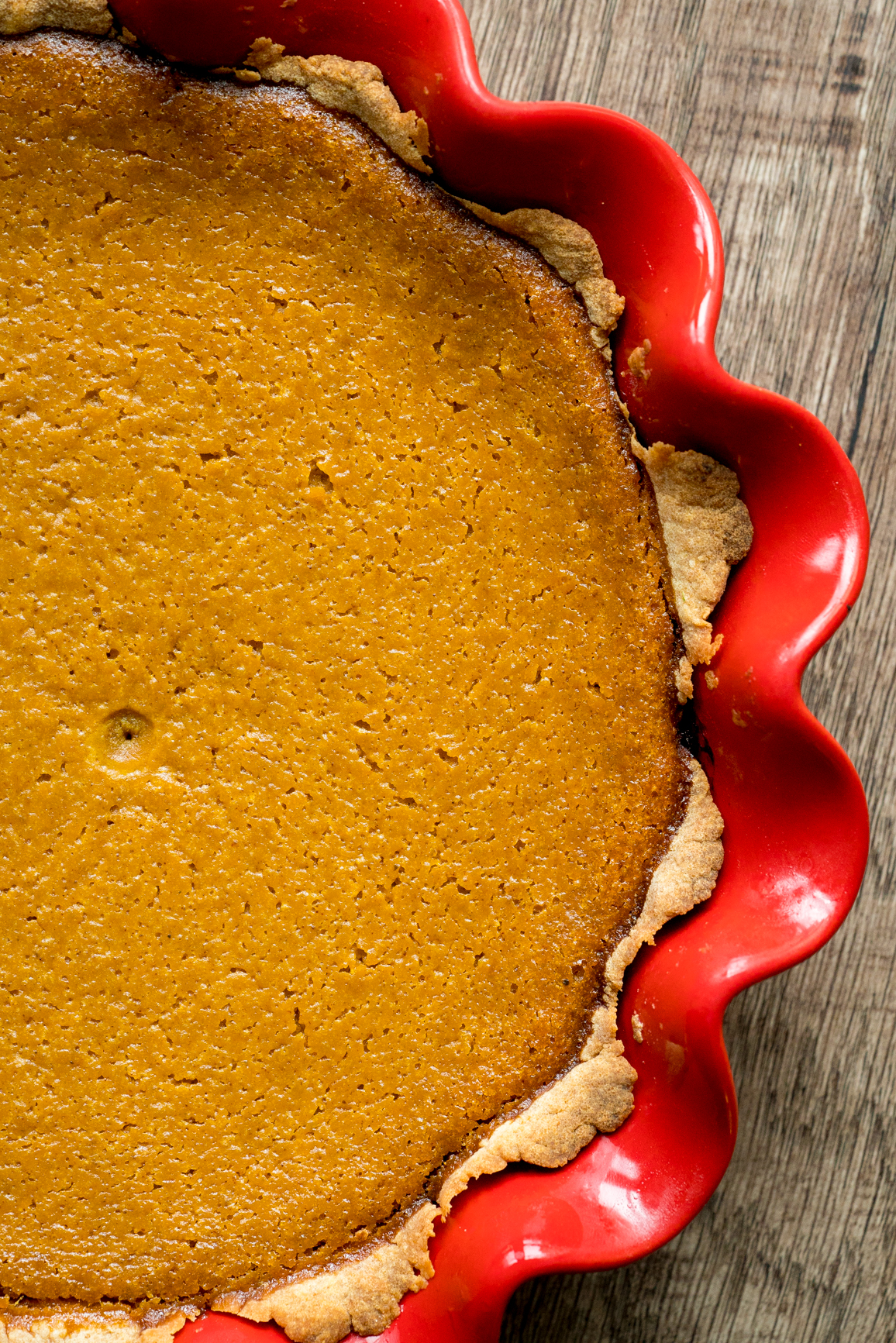 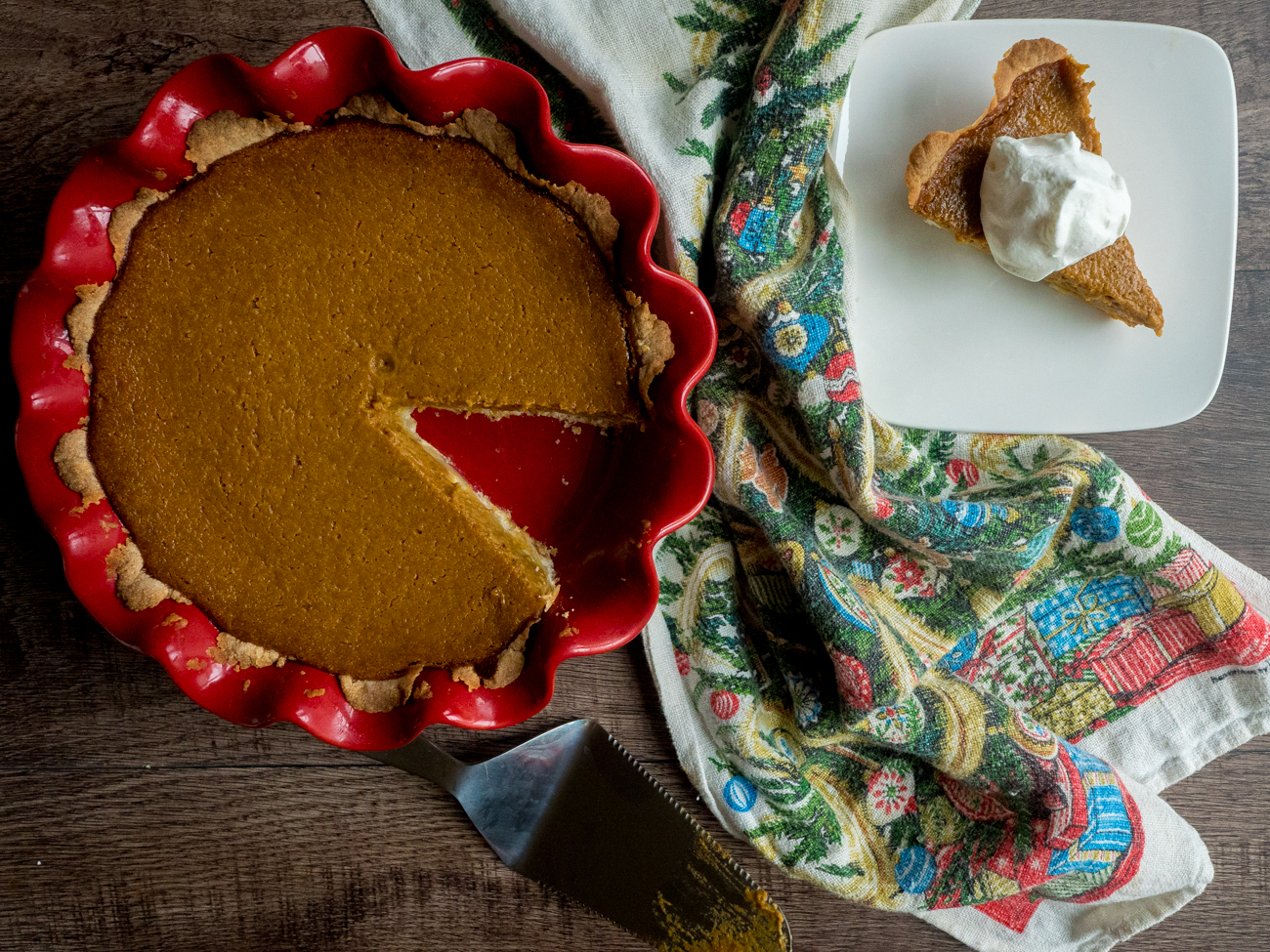 Julia’s signature move here is to separate the eggs. Egg yolks get whisked into pumpkin puree to start things off, along with molasses, bourbon or rum, cinnamon, ginger, nutmeg, cloves, cream and milk. It may seem like a lot, but it just means that every bite of this pie is incredibly flavorful. 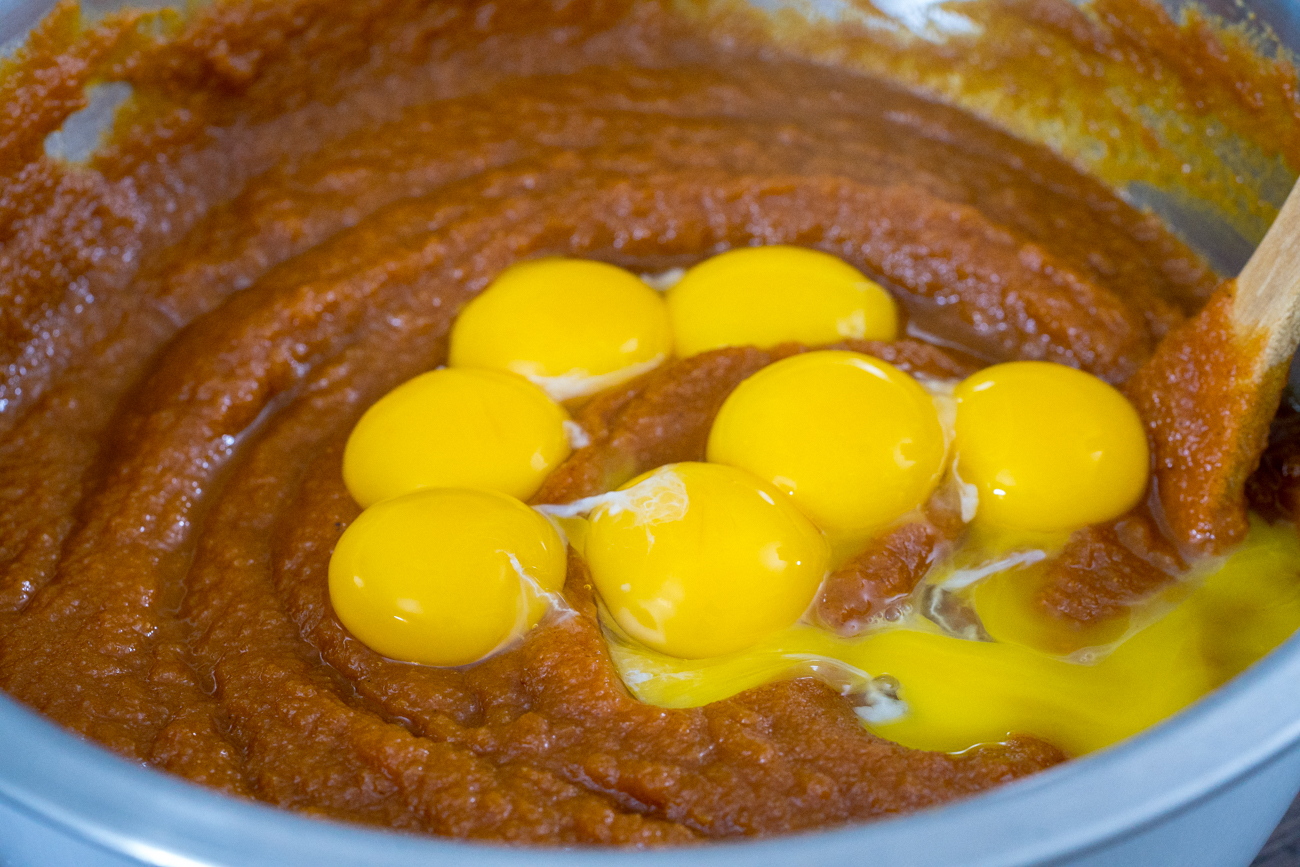 You want a soft puree here, so if the mixture is too thick, add some more milk a tablespoon at a time until it’s a bit thinner. 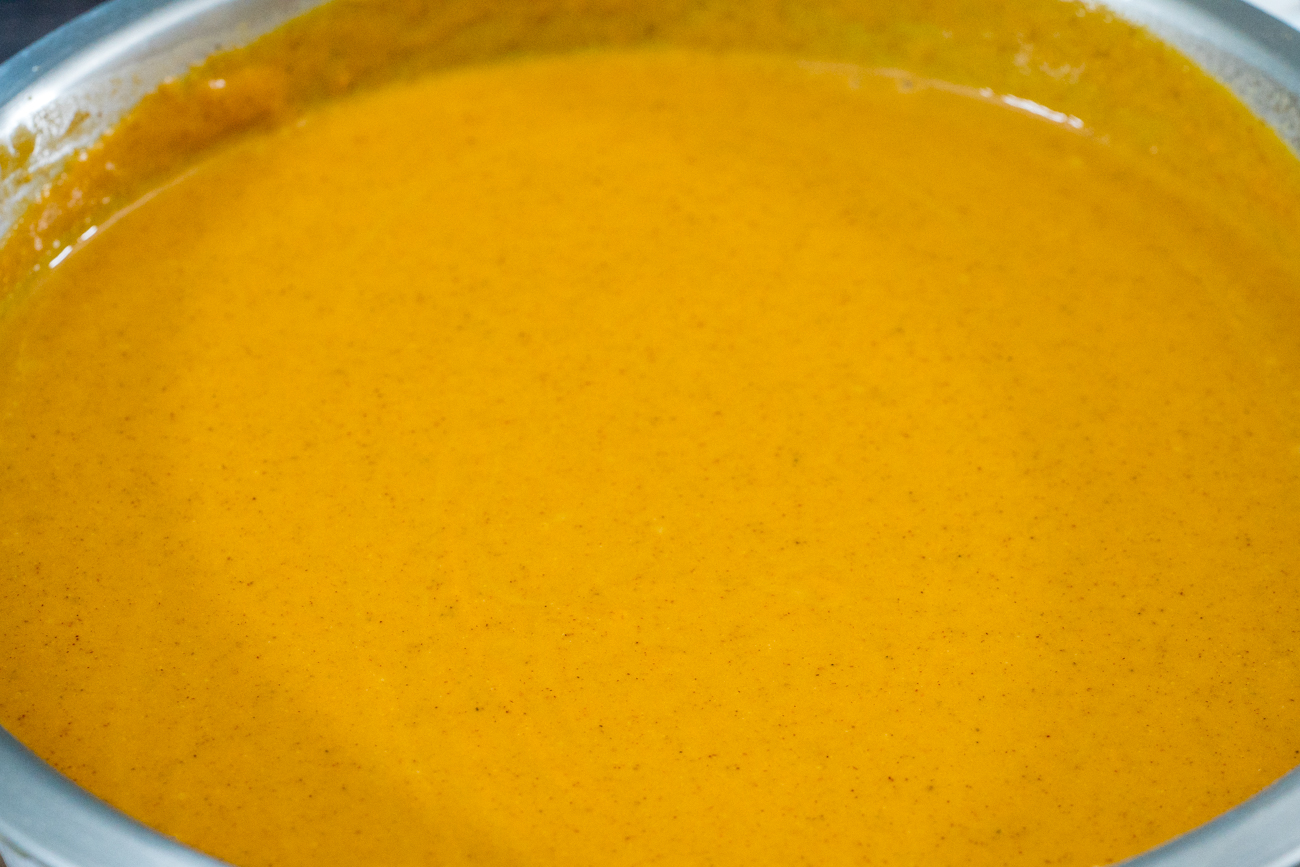 As you might have already guessed, the egg whites get whipped into stiff peaks… 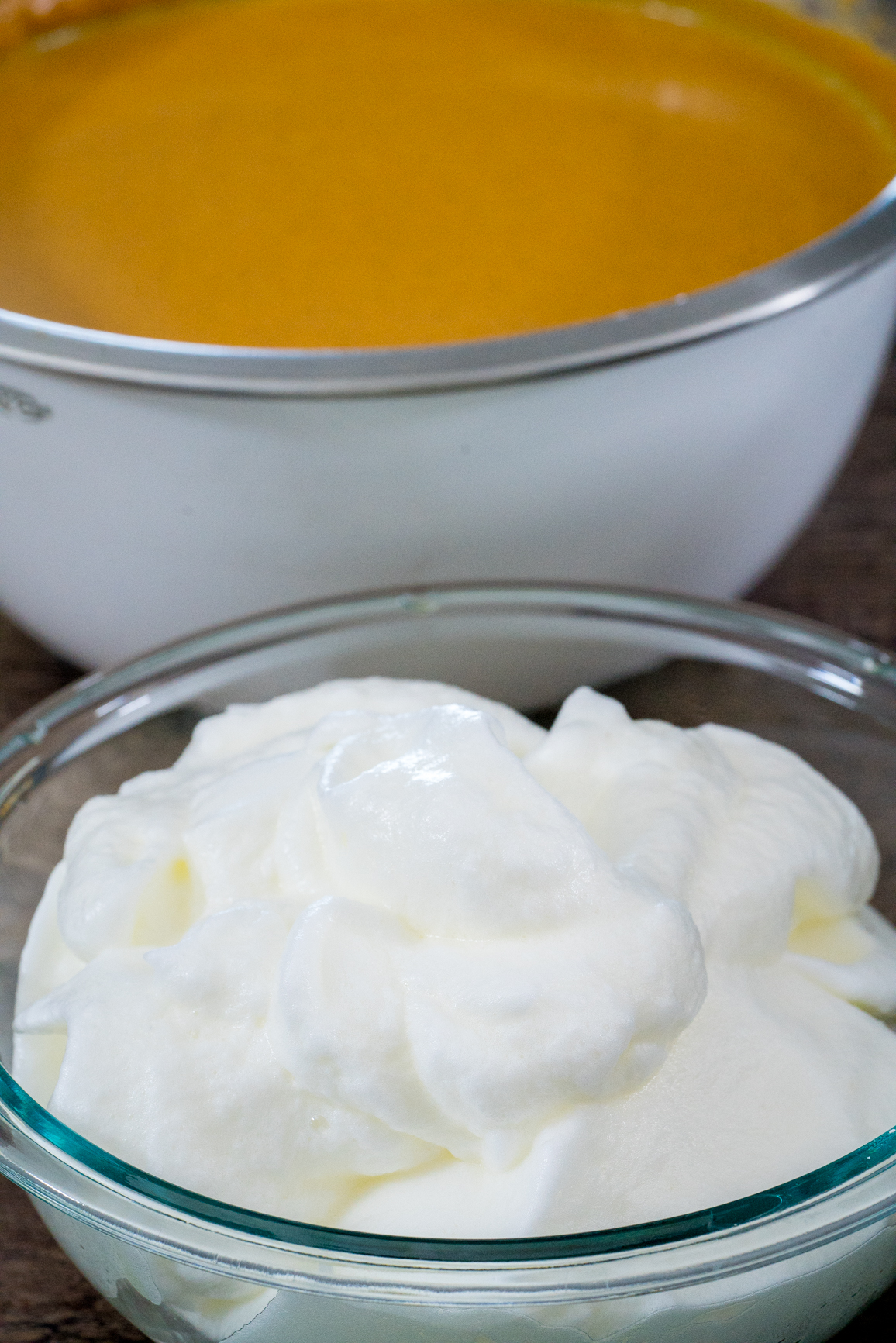 … and are gently folded into the pumpkin mixture until everything is combined. You want an even texture, but you don’t want to lose all that air. 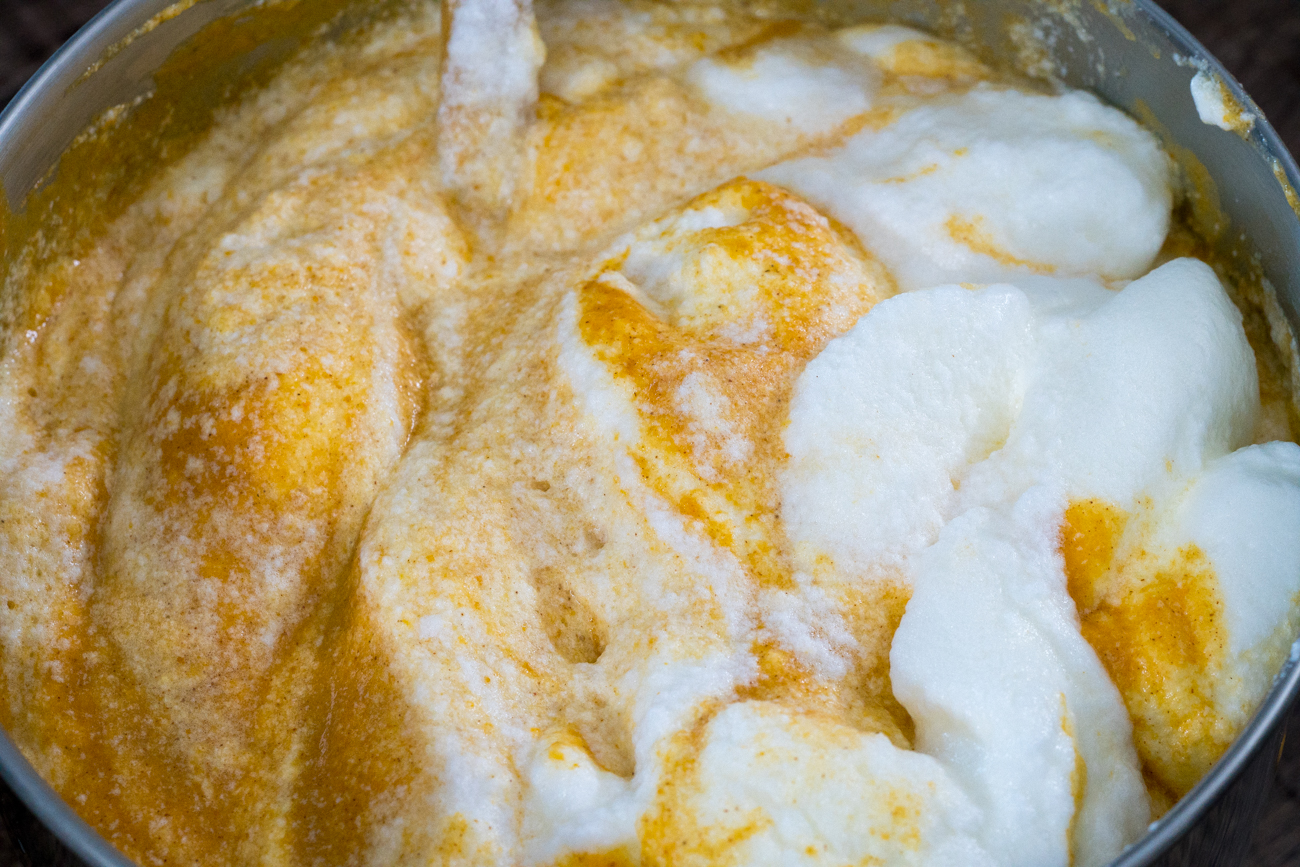 It bakes into a pie with a texture that’s absolutely divine – velvety but light, and full of all the spiced pumpkin flavor you could ask for. You might think a pumpkin pie is just a pumpkin pie, but that’s not the case when it comes from Julia Child. This pumpkin pie is truly in a league all its own, just like Julia. 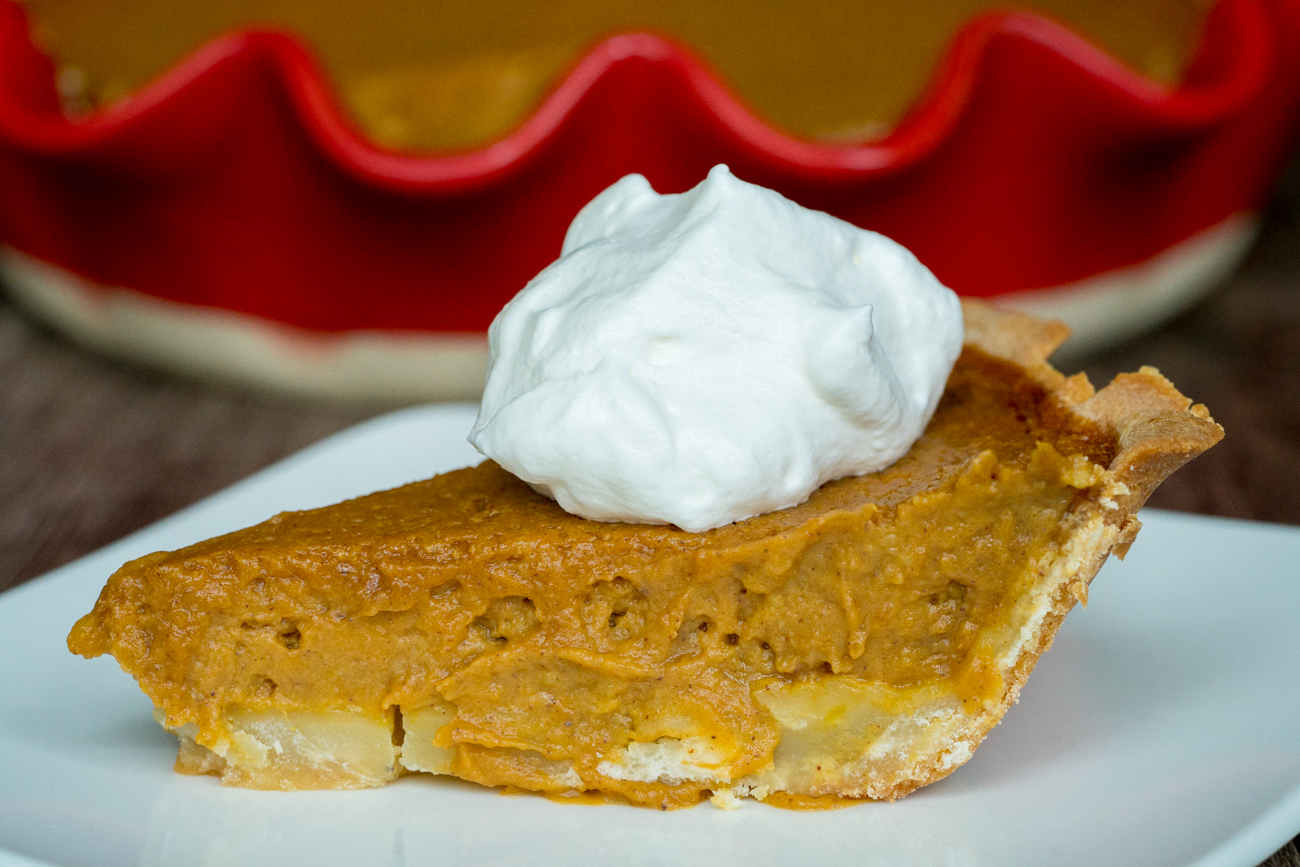