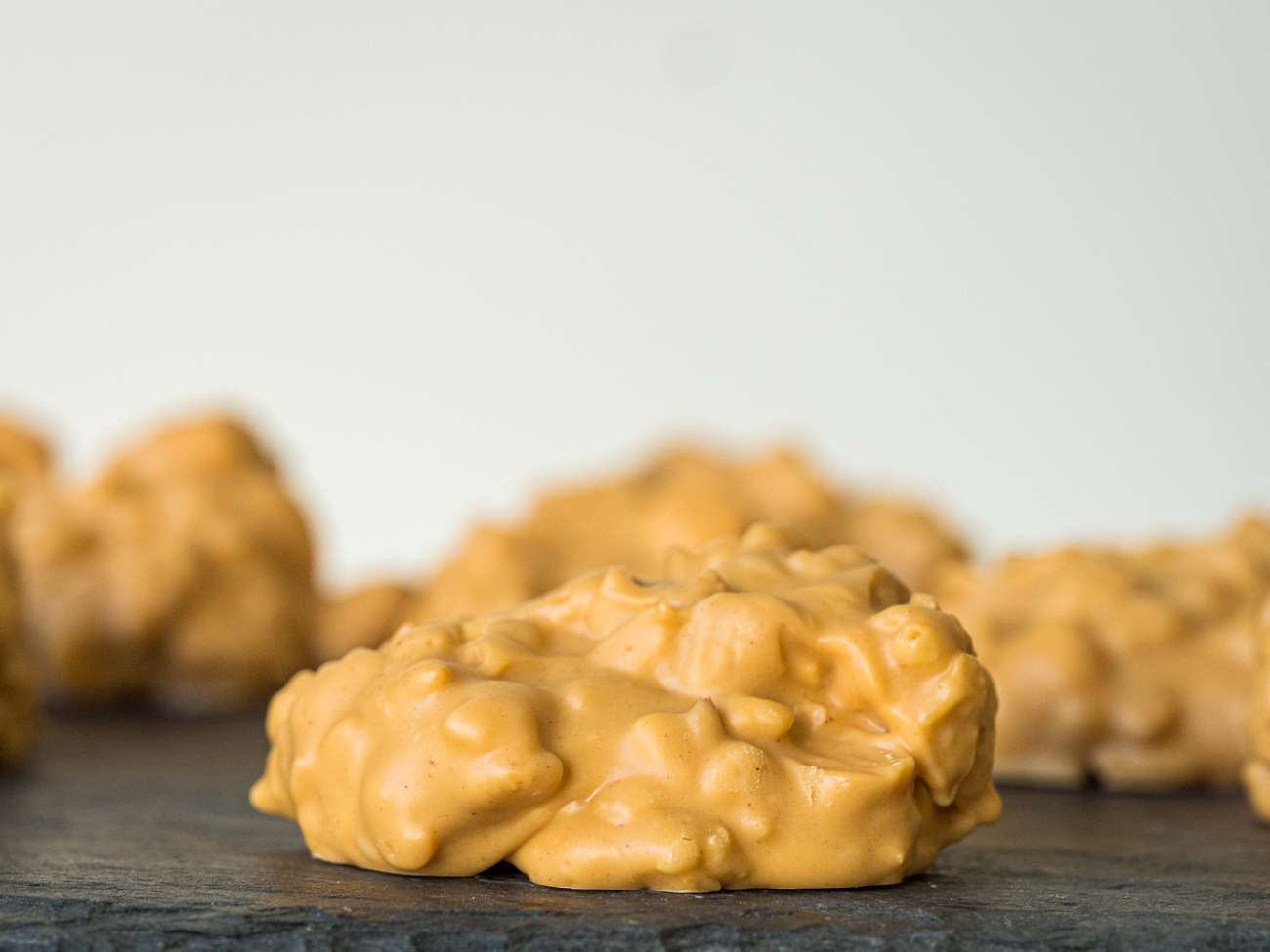 One of my favorite holiday pastimes is making candy, but especially candy like this that’s simple enough that it doesn’t even require a thermometer or a stovetop. They’re similar to a haystack in their simplicity, but these no-cook no-bake Butterscotch Candy Clusters have a few extra tricks up their sleeve for added texture and flavor (but that doesn’t mean any more work for you). 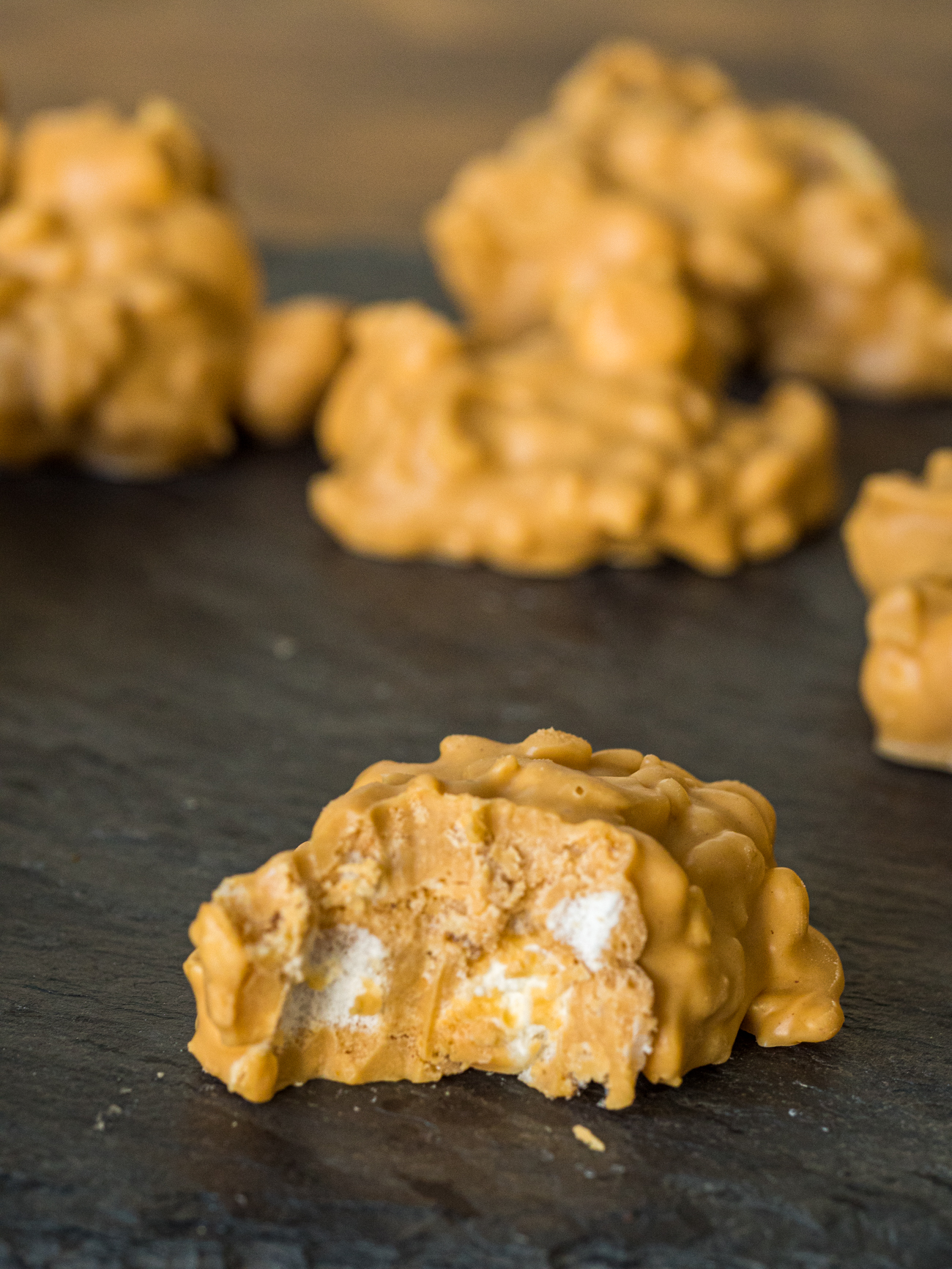 These little beauties start with both white chocolate chips and butterscotch chips that are melted together. (But don’t worry, you can definitely just use the microwave. No double boilers here.) 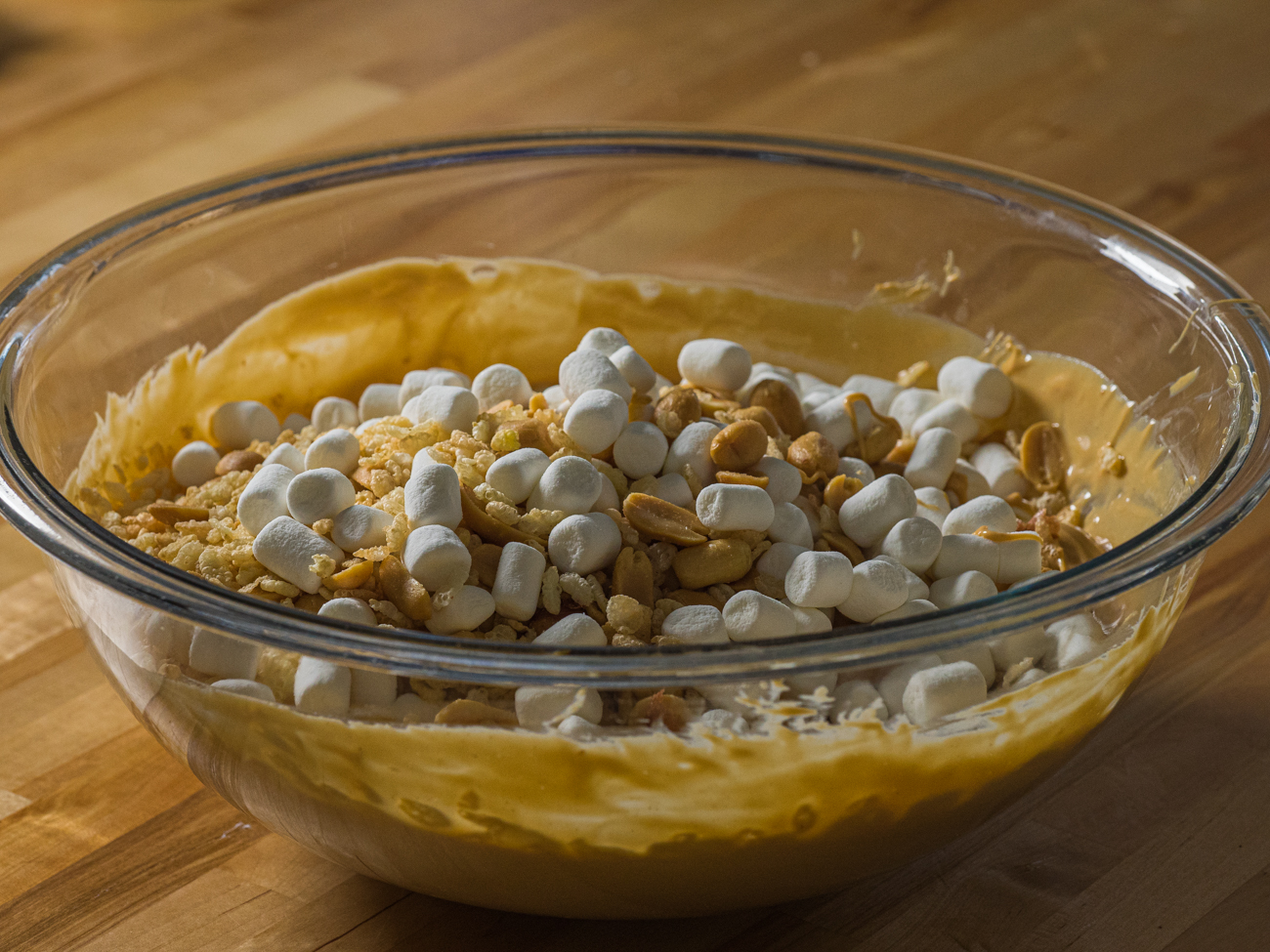 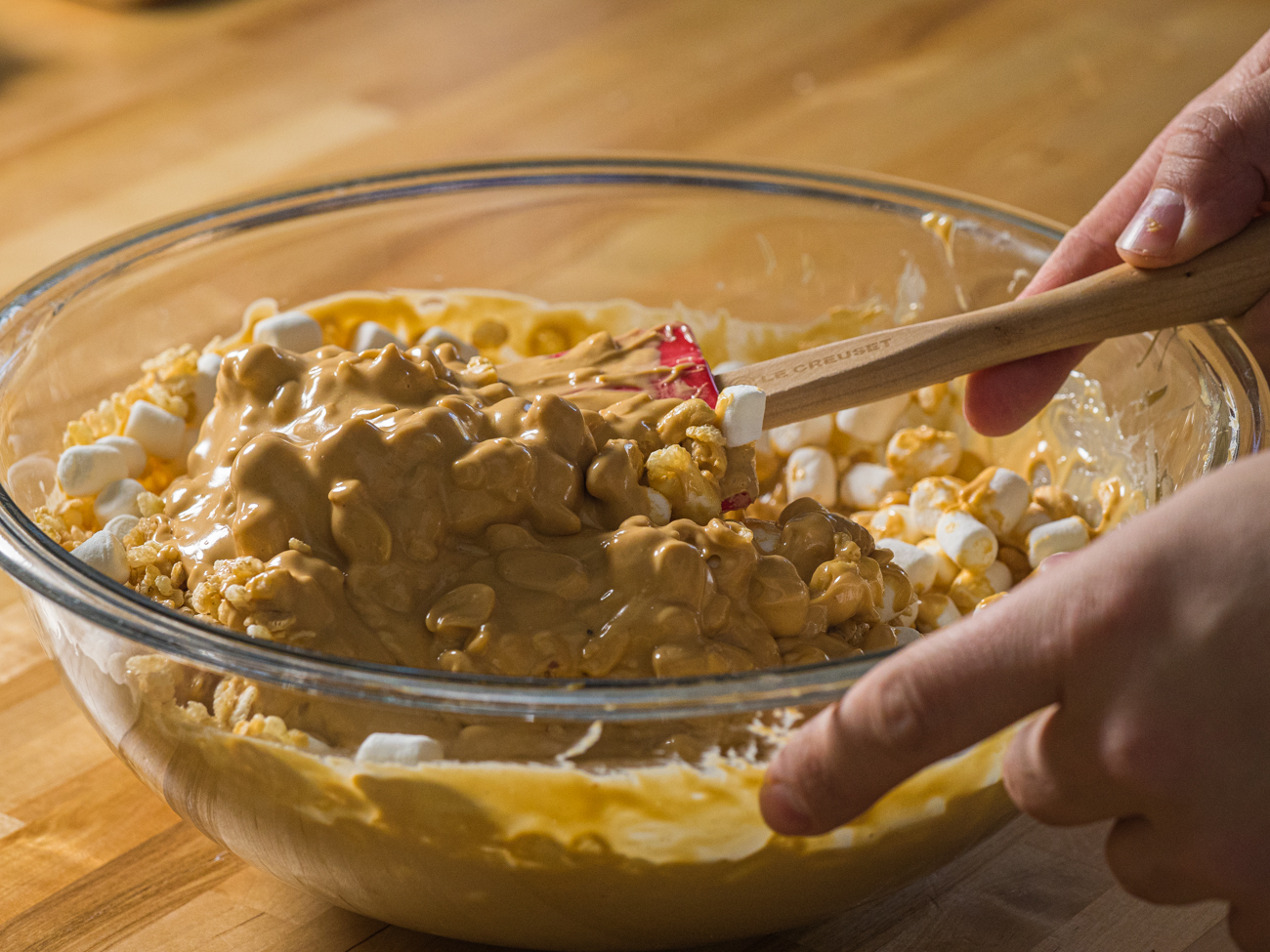 … and then the mixture gets scooped out onto a baking sheet where it hangs out until it sets up. 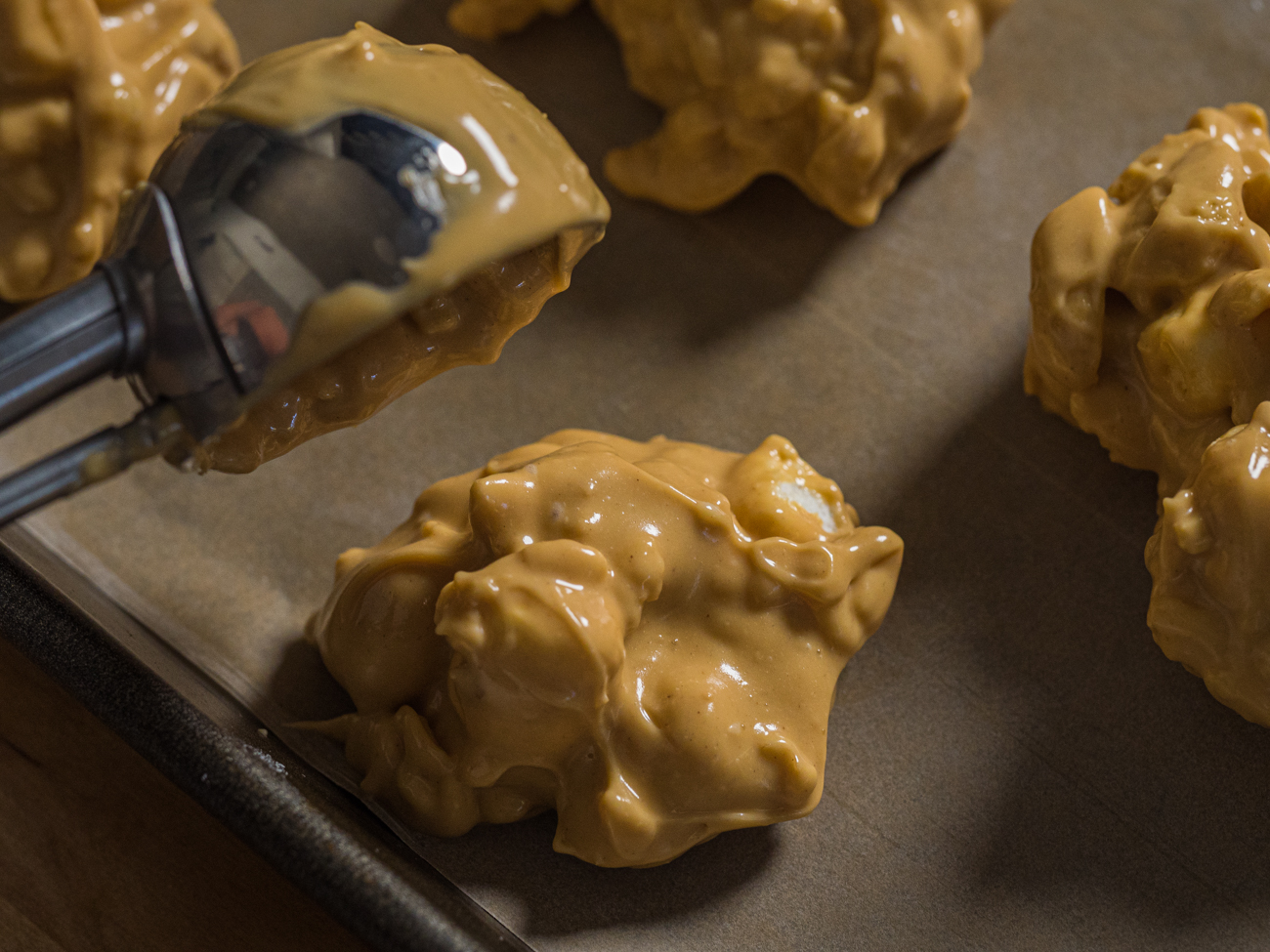 (The fridge can speed that step up, but it’s not necessary.) 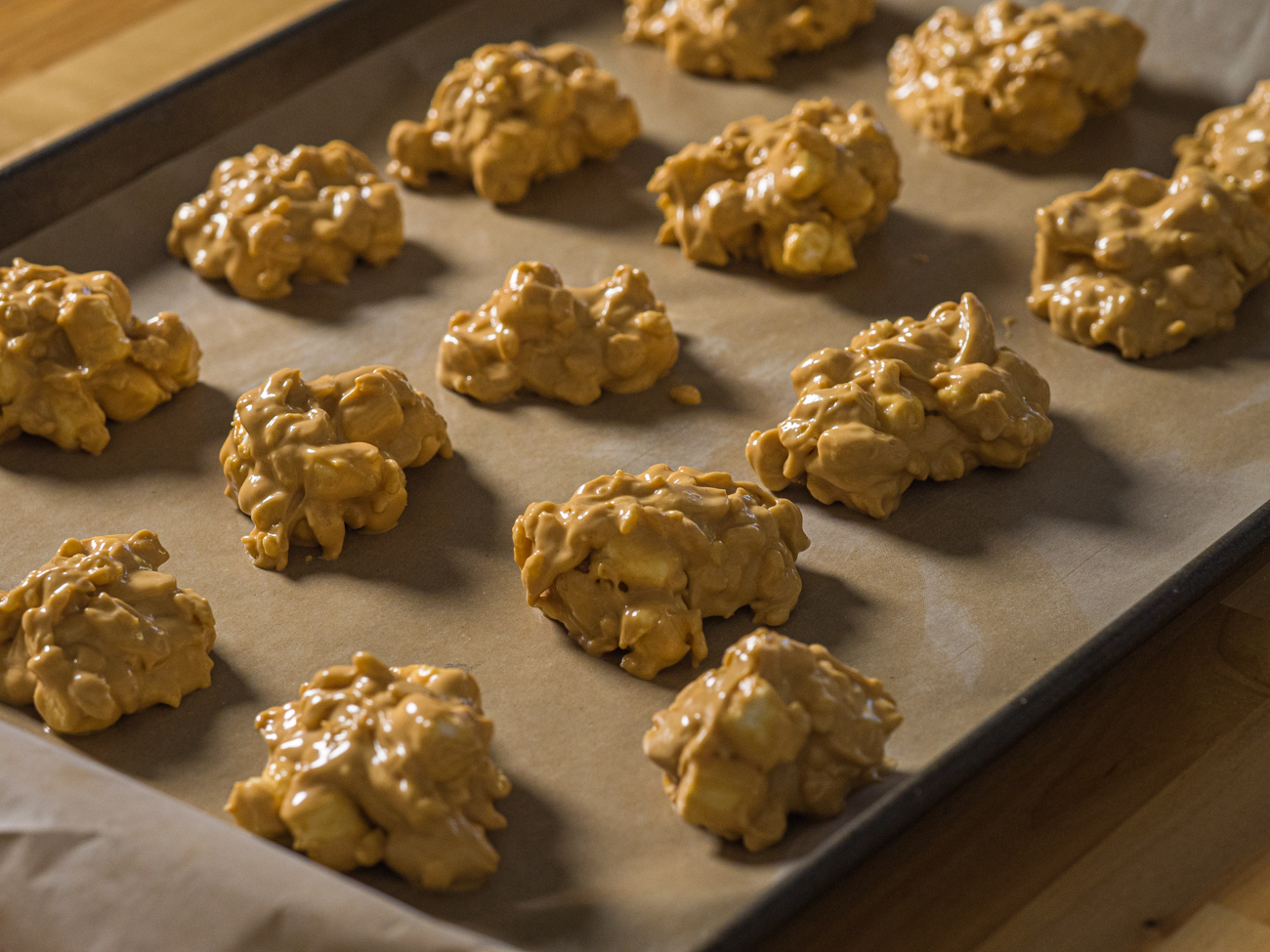 The cereal gives these clusters a more delicate and airy crispness than you get from the chow mein noodles in their haystack candy cousin, but there’s a lot more going on too. While there’s a peanut butter-butterscotch combo, it’s mellowed a bit by the white chocolate and there’s a chewiness from the marshmallows that’s such a nice contrast with the cereal and peanut crunch. They’re a delicious treat, and they’re one that’s also nearly impossible to mess up. 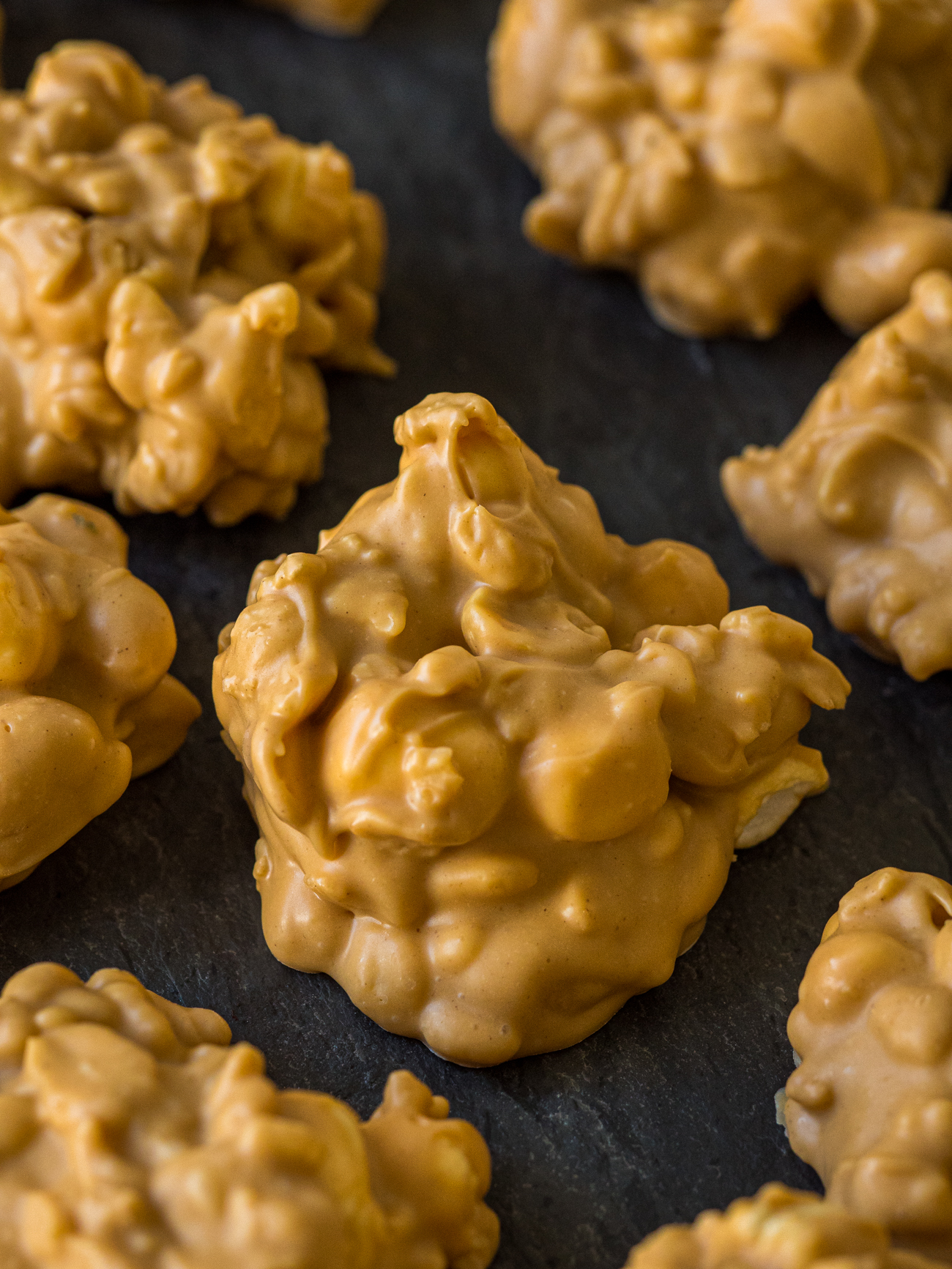