Husband Builds A Secret Room In The Basement, 20 Days Later He Asks His Wife To Go Downstairs 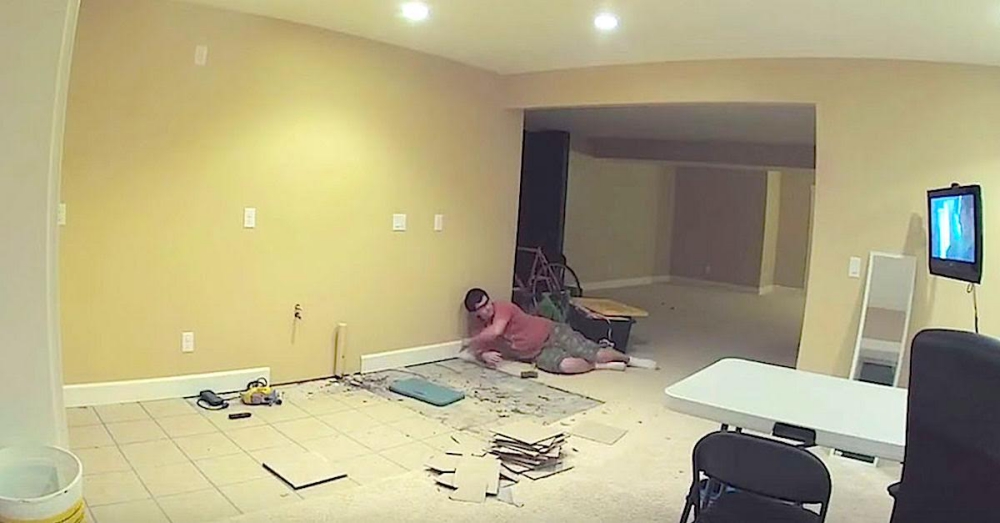 When your wife and daughter love to craft but lack the space, good dads think outside the box. That’s how Andrew – aka, a possible frontrunner for Dad/Father of the year – decided to build his favorite ladies the craft room of their dreams.

When his wife and daughter left on a three-week vacation, Andrew knew he’d finally found the perfect chance. The plan was to transform the basement into a craft room, but this industrious dad knew he had to act fast.

Fortunately, he found the time to film the re-construction, which was posted in full on YouTube. 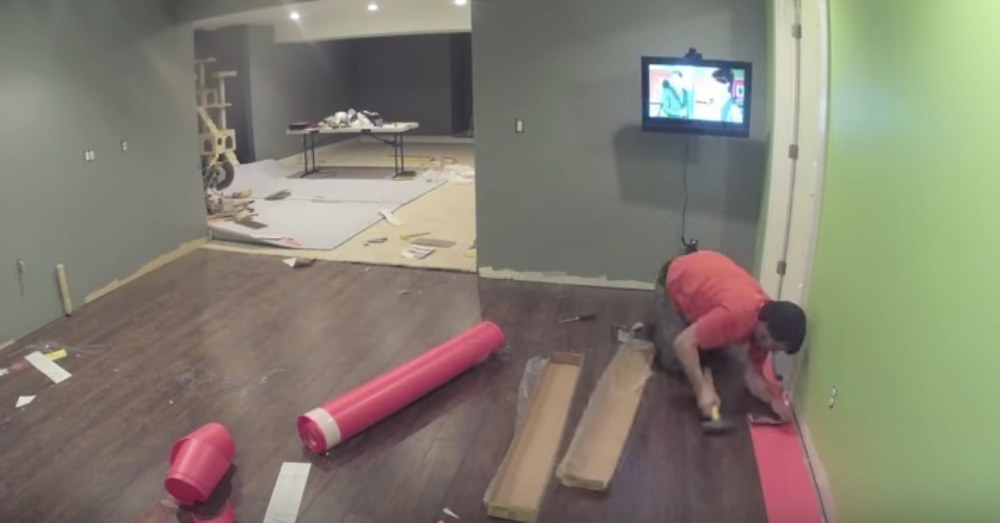 “It was a ton of work, but with them gone I could work all hours of the night,” Andrew said. Some of the finishing details – ie, tabletop edges, countertop installations, and other cosmetic finishes – weren’t entirely finished by the time the girls got back home, but the bulk of the work was complete. “The hard work was done and the surprise was not diminished,” he said.

Andrew’s labor of love is truly a work of art, with ample lighting, wood floors, walk-in closets, and handmade crafting tables. The walls were painted with cheerful hues to help get the creative juices flowing, and this industrious Dad even found time to organize their art supplies! 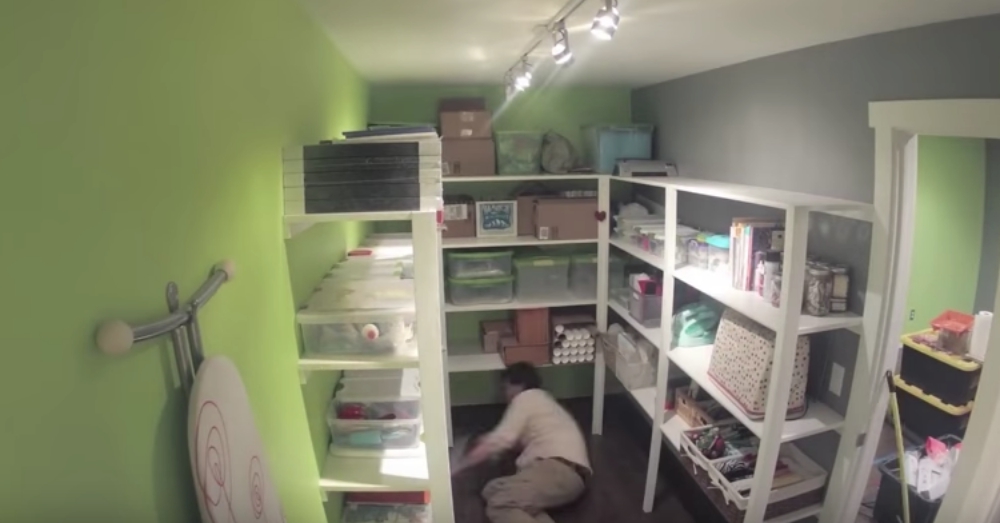 Naturally, all of this hard work was a huge hit – we know because his daughter and wife’s reactions were also captured on YouTube. Andrew’s daughter ventures downstairs first, describing the basement’s new look as “awesome!” Meanwhile, Andrew’s wife Sylvia was shocked into silence.

Even the Internet was impressed.

“Sir I don’t say this often, you are a Rockstar,” one user wrote on YouTube. “What an amazing father/husband you are and I hope your family is blessed in every conceivable way.” 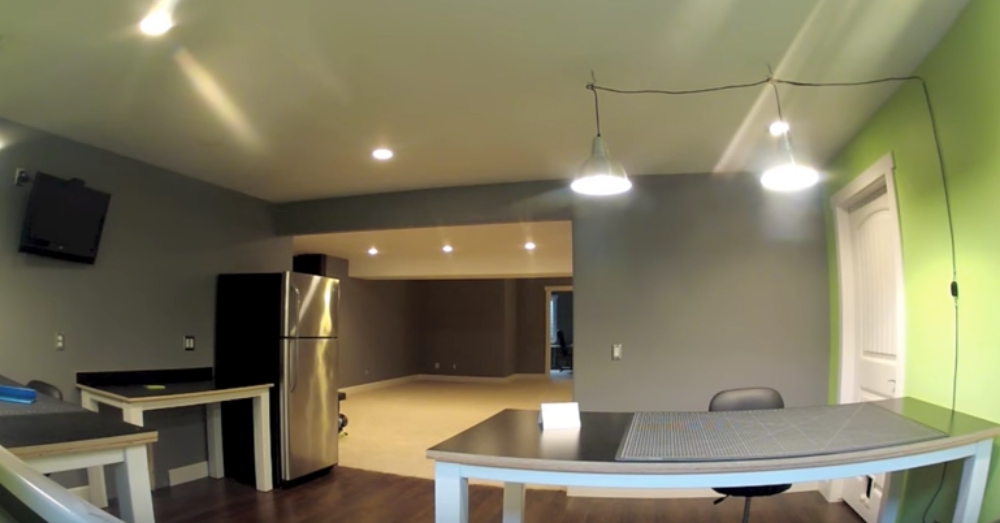 Others were inspired to fix up their own spaces. “This was amazing to watch you do ALLLLLL of it! It’s beautiful and every crafty girl’s dream is to have a space like this and a handy hubby like yourself!” wrote another user.

“Great job… hands down, wow!! I would love to see in separate videos how you did the tables and how you laid the flooring… just stuff that would help us work on our spaces, you know?” 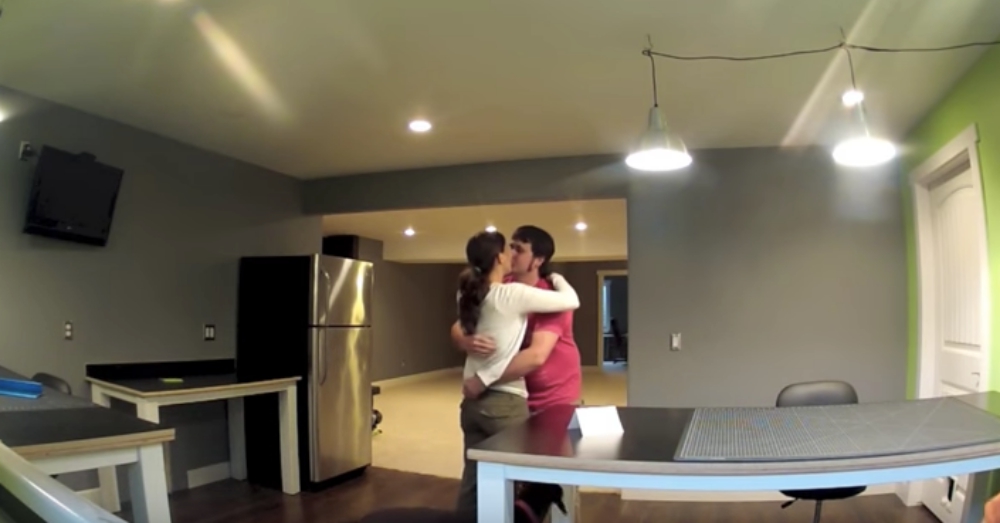 Still more noted that Andrew was clearly an amazing husband and father. “You are the most awesome hubby and your wife and little girl must be very special to you,” read another comment. “I’m amazed you could get this done in 20 days!”

Others asked for video updates of the finished area: “I would love to see an UPDATE on this video! How did wifey decorate the walls and how did she organize the space?”

What do you think of Andrew’s handiwork? Watch it yourself in the video below!