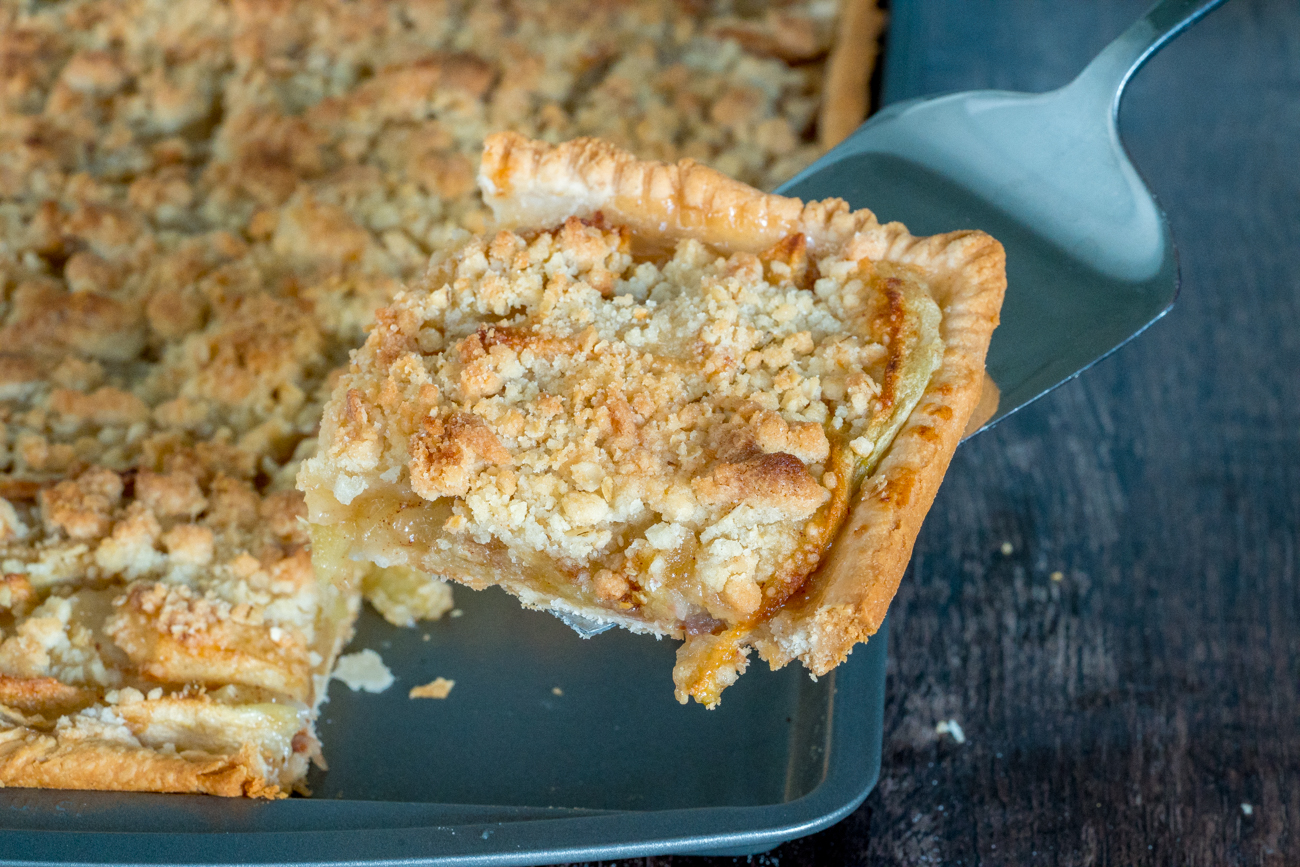 When you’re making an apple pie, you always want to be totally sure you have enough to go around, and a slab pie makes that a certainty. If you haven’t had “slab pie” before, it’s basically just pie that’s made in a sheet pan instead of a pie plate, so it’s a big ol’ rectangle instead of a round. It has seemingly endless slices and a narrower filling to crust ratio and it’s a great way to serve a crowd. This apple crumb version is utterly delicious, with tender spiced apples and a buttery streusel topping that’ll make even your crankiest aunt happy. 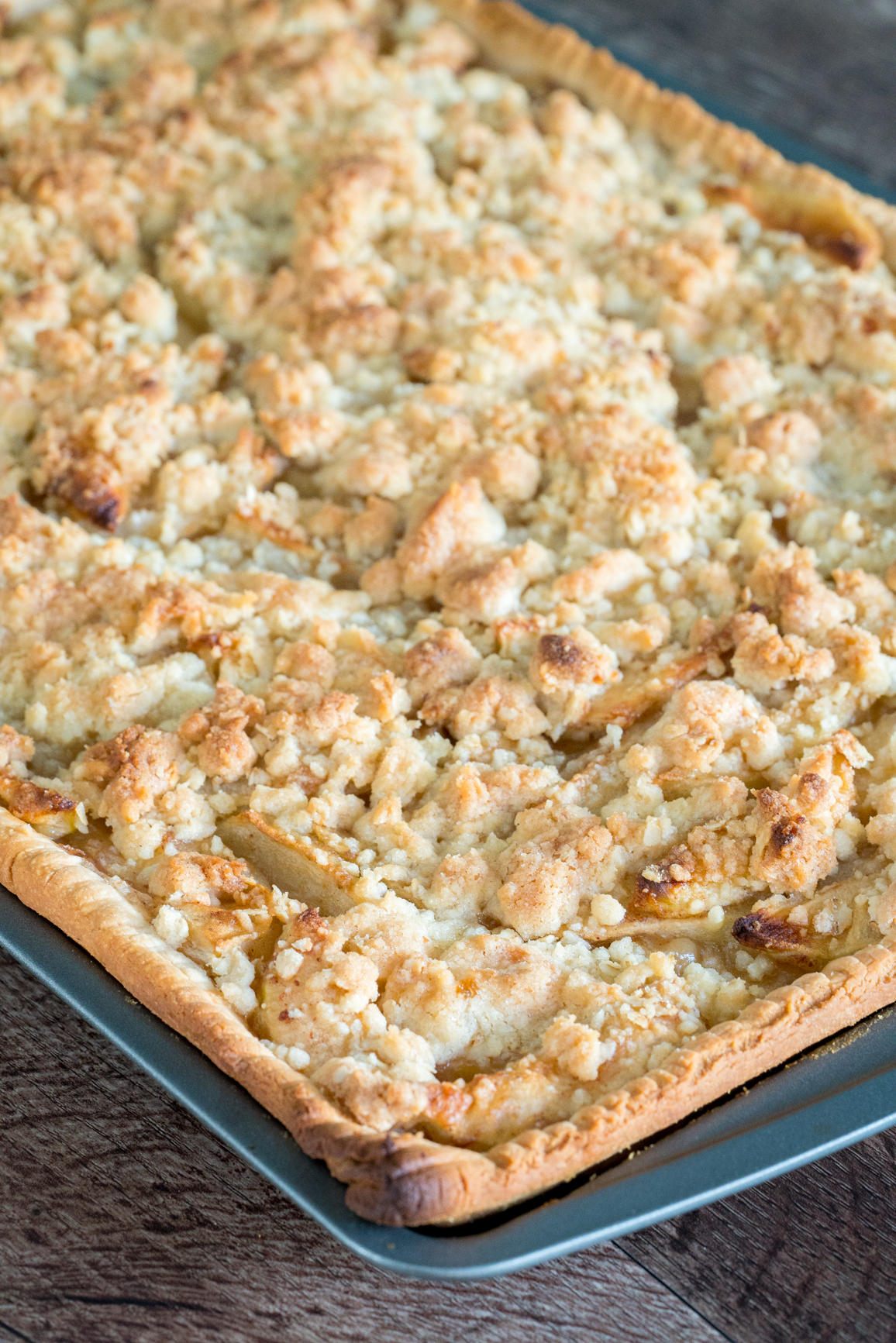 Since the filling is shallower but the surface area greater, slab pies generally take the same amount of filling as a classic 9-inch pie but they do take two 9-inch pie crusts. If you’re starting with two refrigerated rounds, there are a couple of ways to go about forming the crust. 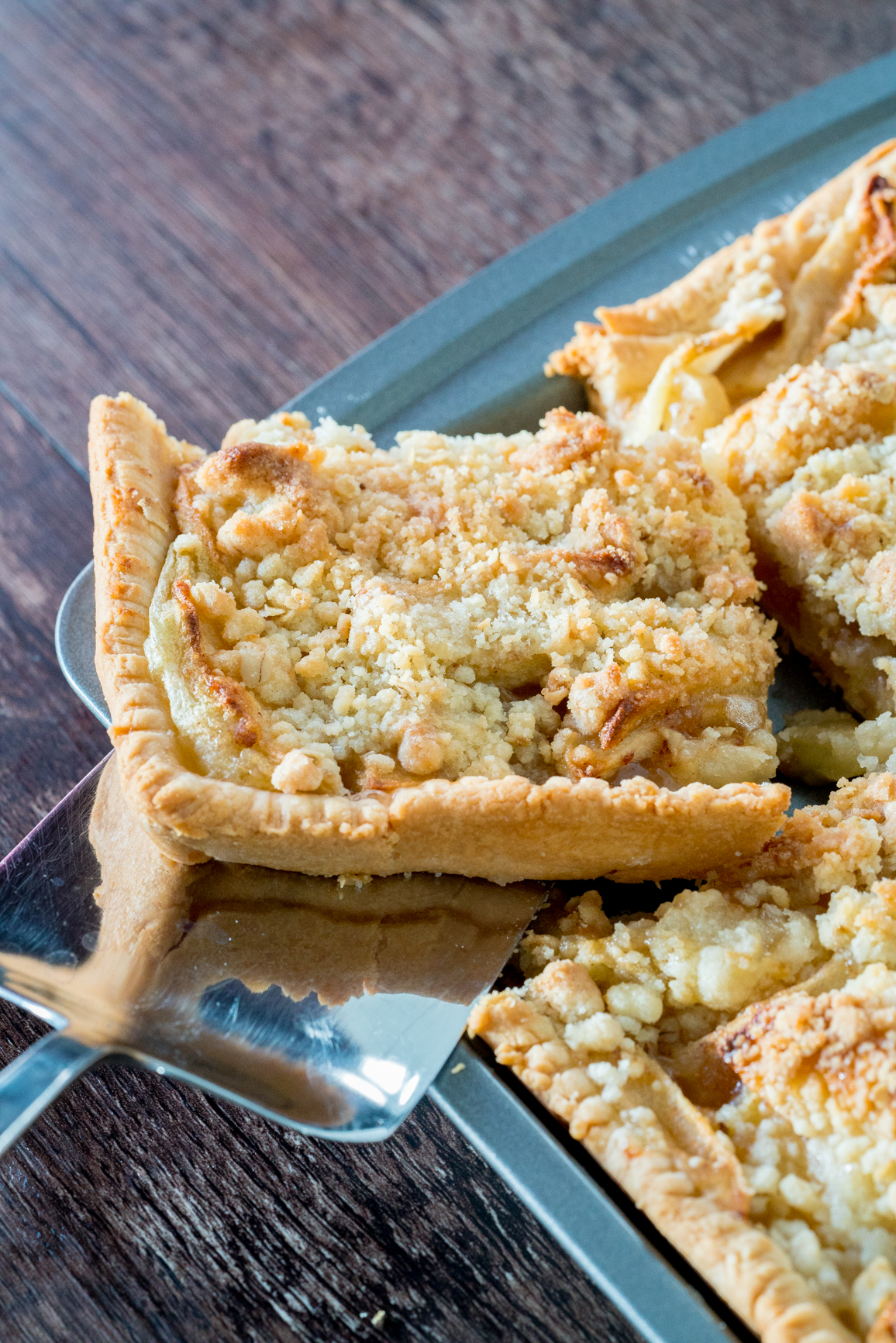 You can stack the rounds on top of each other and roll them out as best you can into a rectangle, trimming it into shape as needed. Or, you can cut each round in half, arrange the four pieces into a patchwork kind of rectangle with the curved edges pointed inward, and roll it out to the desired size. The former option gives you a crust that holds together a bit better, but the latter option works well if you have dough that’s fairly soft and will mesh back together. 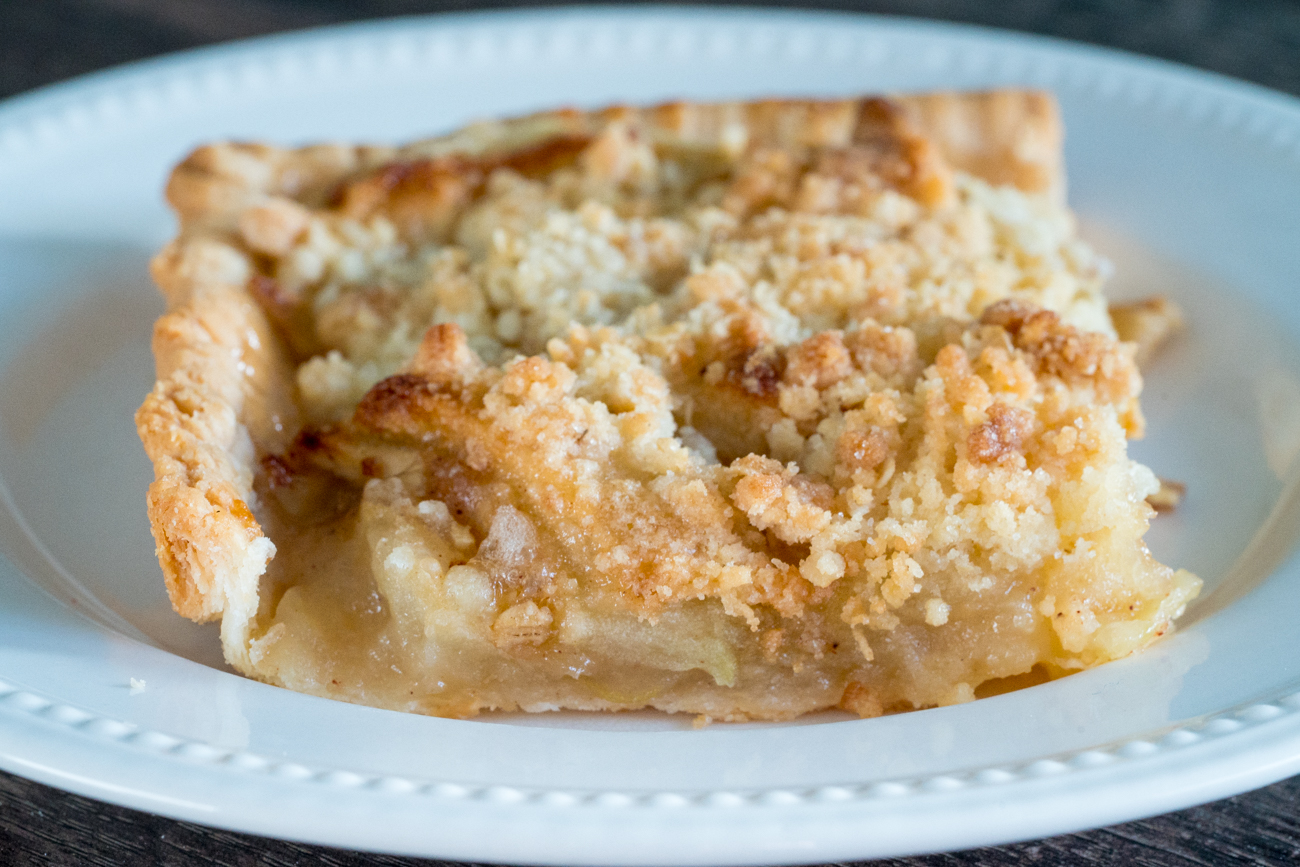 But enough about technique. Let’s talk about this pie. 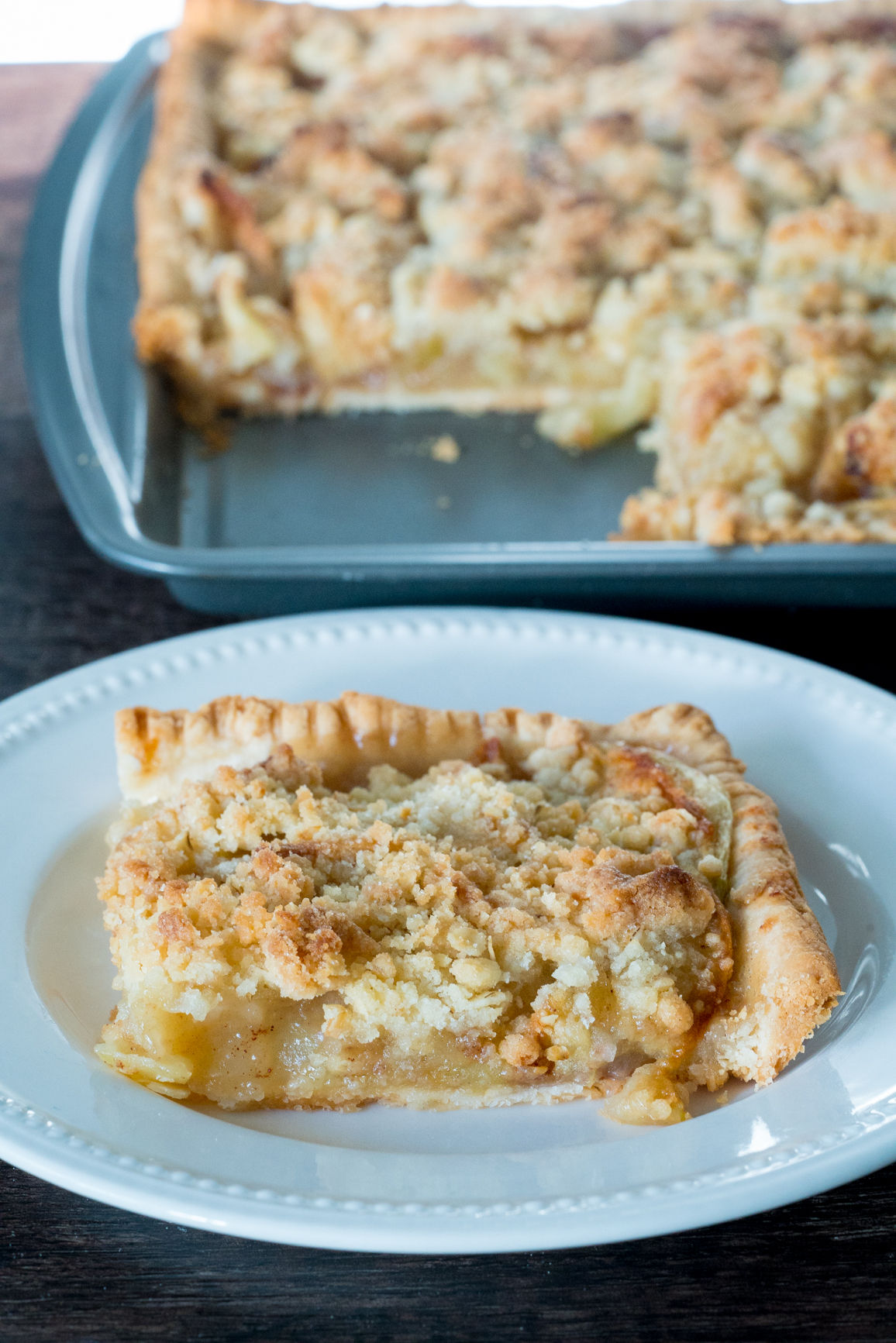 The ratio of crust to apple to crumble is just about perfect. In every bite, you get some flaky crust, a respectable – but not overwhelming – taste of soft apple, and a buttery crumb topping that’s slightly crisp and sweet.

I mean… just look at that topping! 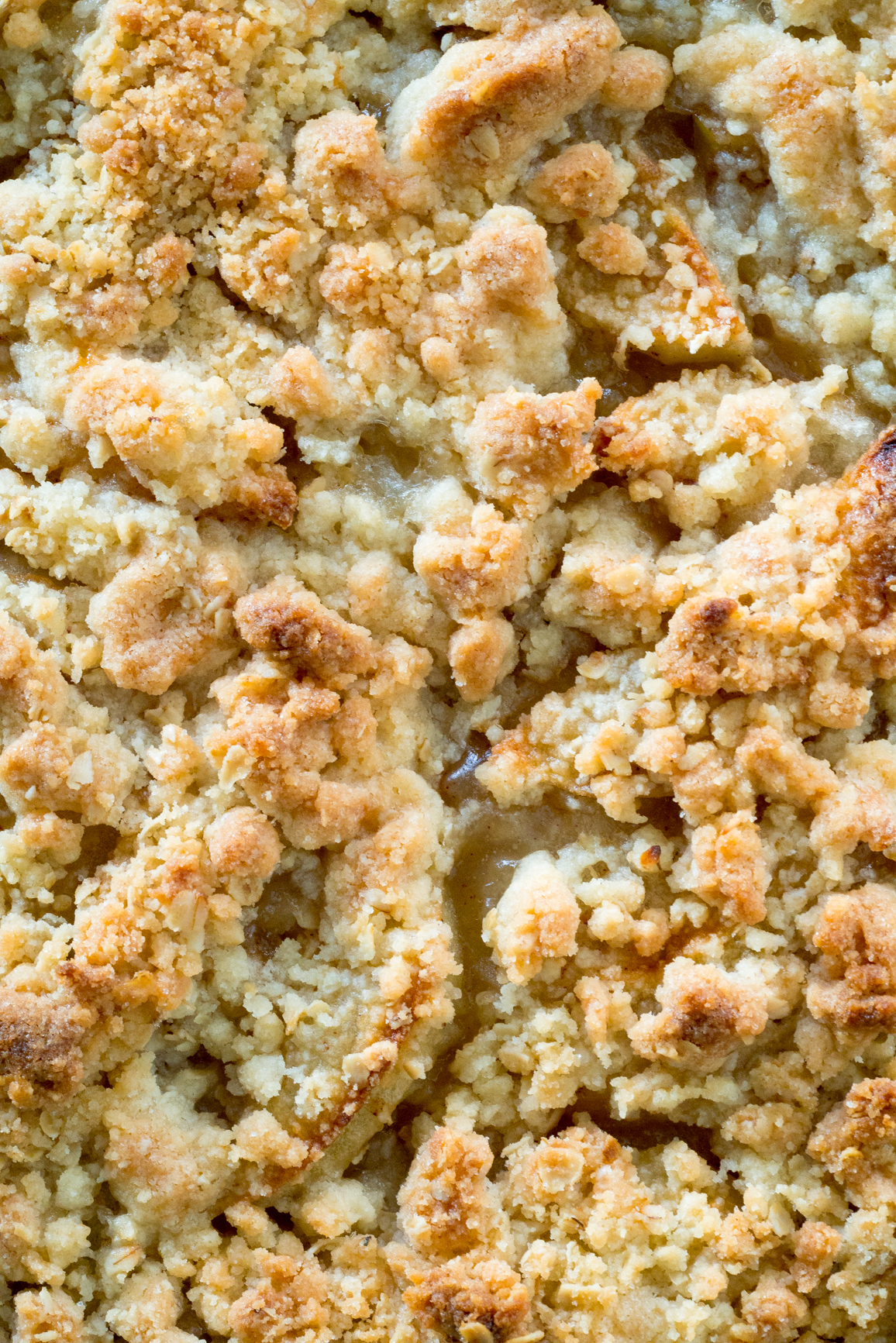 The crumble adds flavor, but its main job here is to back up the apple filling with a little crunch, and it does it well. It’s a combination that I genuinely prefer to a thick slice of classic apple pie and I just love that this pie is equally at home served at a holiday feast or a casual affair. 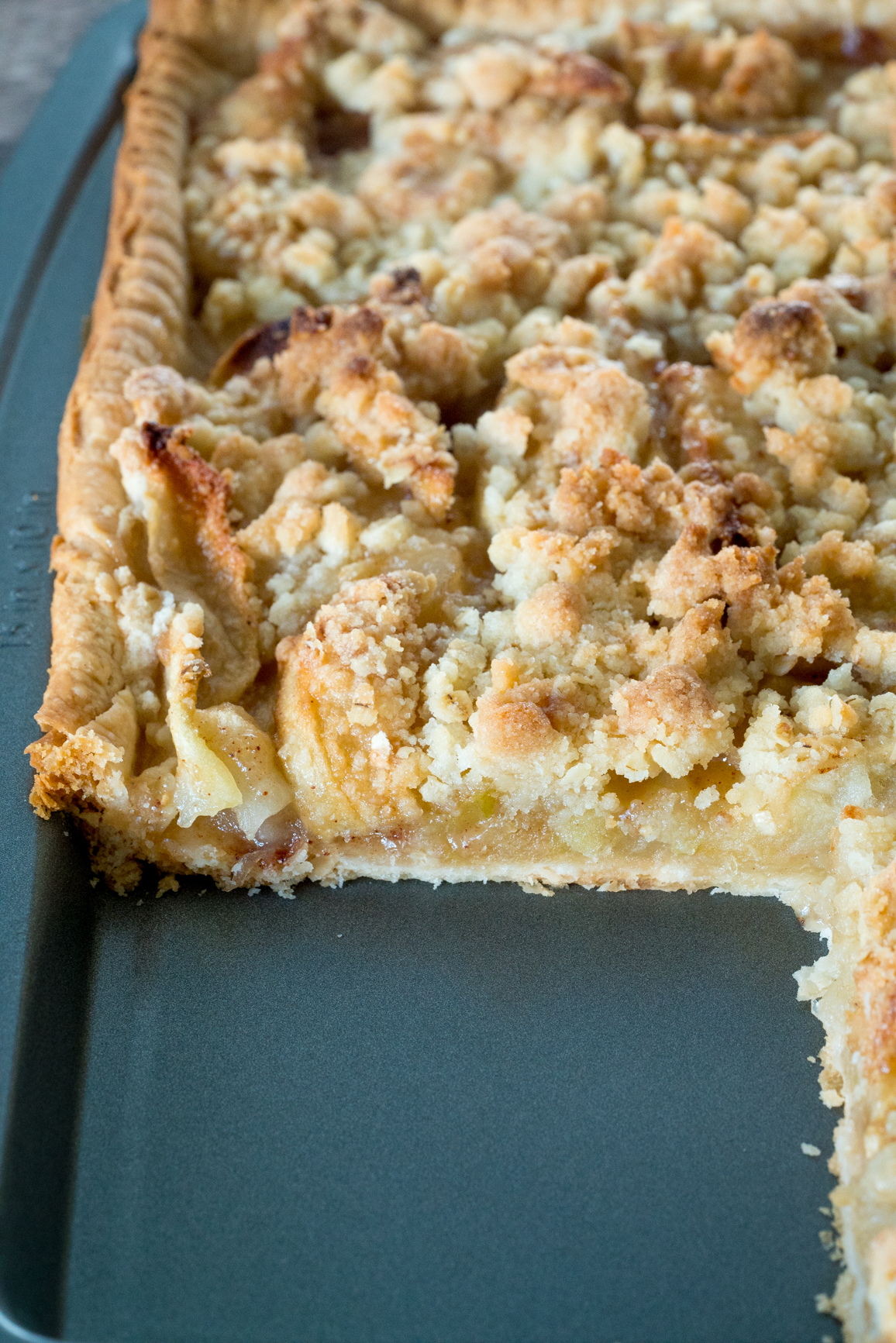