There was a time in the old days when most cakes were baked in cast iron skillets, but today it’s not that common. However, skillet cakes are some of the most delicious cakes out there. The edges get slightly crisped up in the oven, making for a delightful texture in the final product. And, we can’t think of a better cake for this than the Snickerdoodle Skillet Cake. 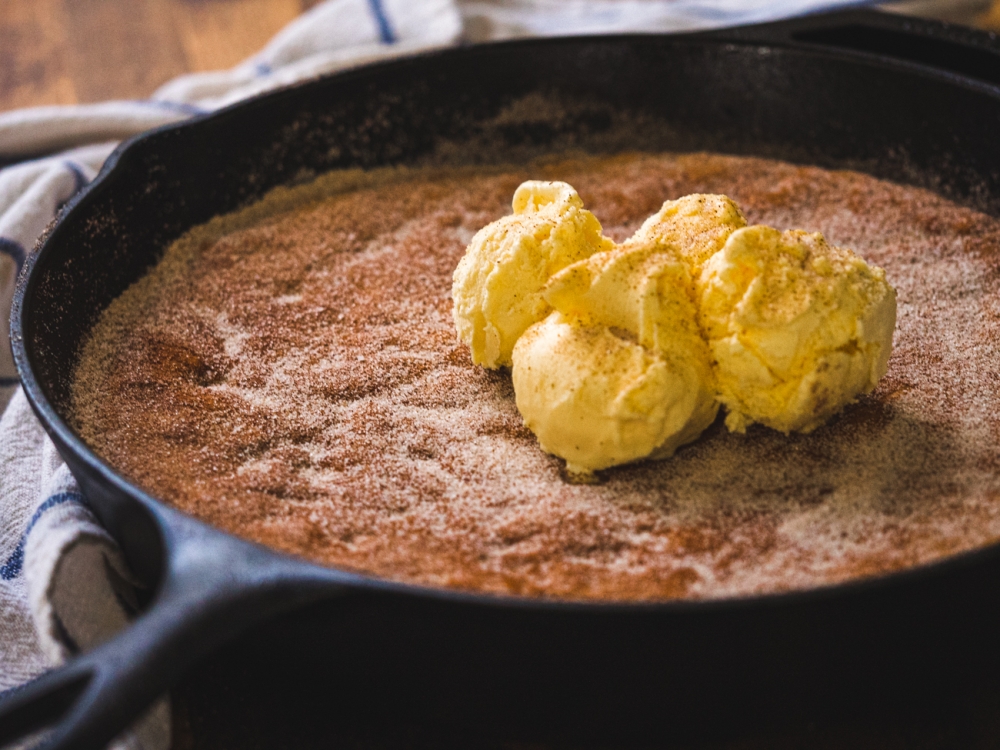 As kids, most of us have fond memories of being served snickerdoodle cookies. The treat dates back to the late 1800s in New England, long before chocolate chip became the most popular cookie. The simple flavor profile of snickerdoodles relies on vanilla and cinnamon- for a classic taste. And, this skillet cake does the same. 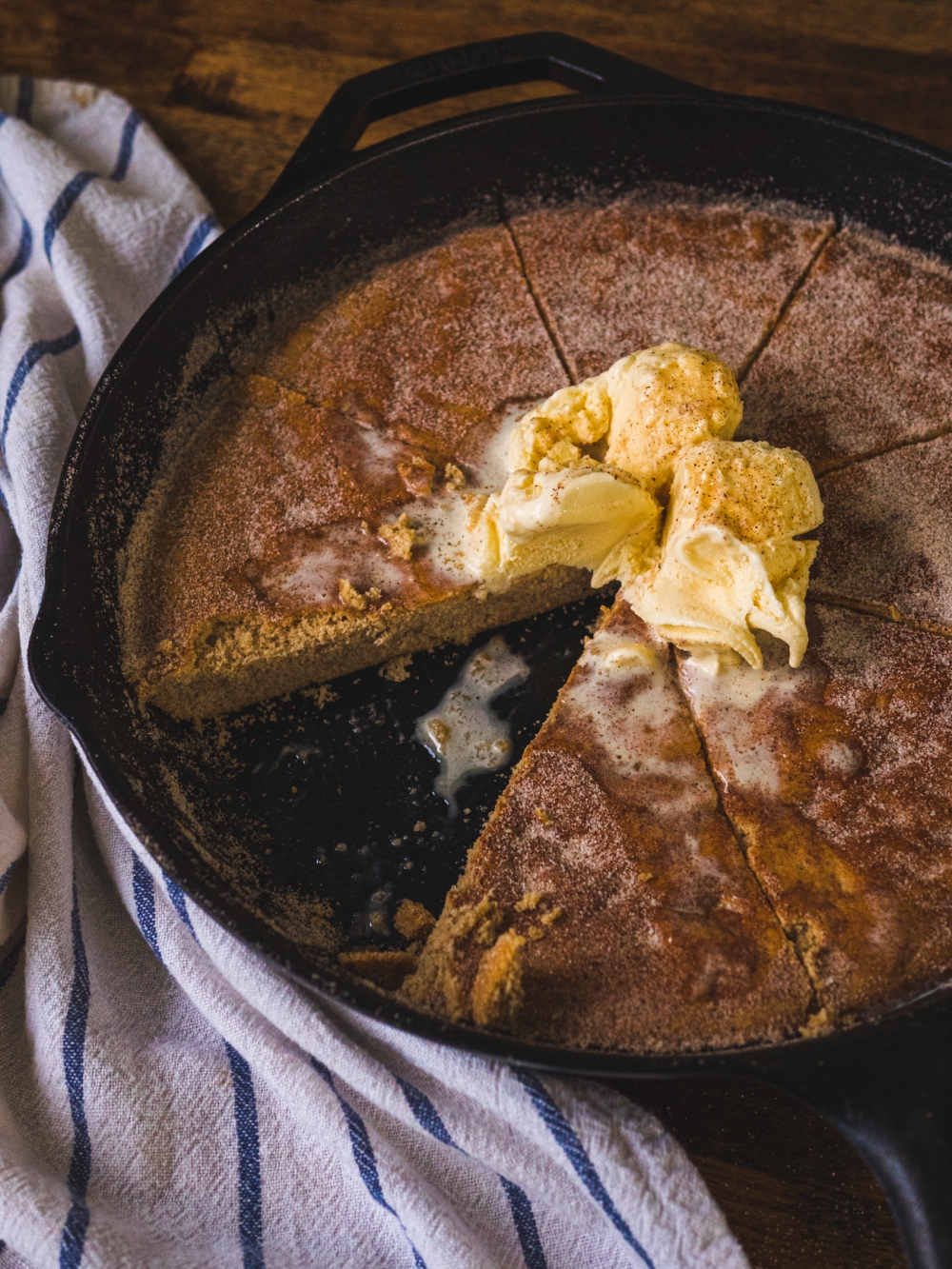 During the mixing process for this recipe don’t be alarmed if the dough seems too dry. The recipe creates a stiff dough, almost like a cookie recipe. You’ll need to the press the dough into the pan to make it level and ensure an even bake. However, if you follow all the steps you’ll end up with a marvelous cake! 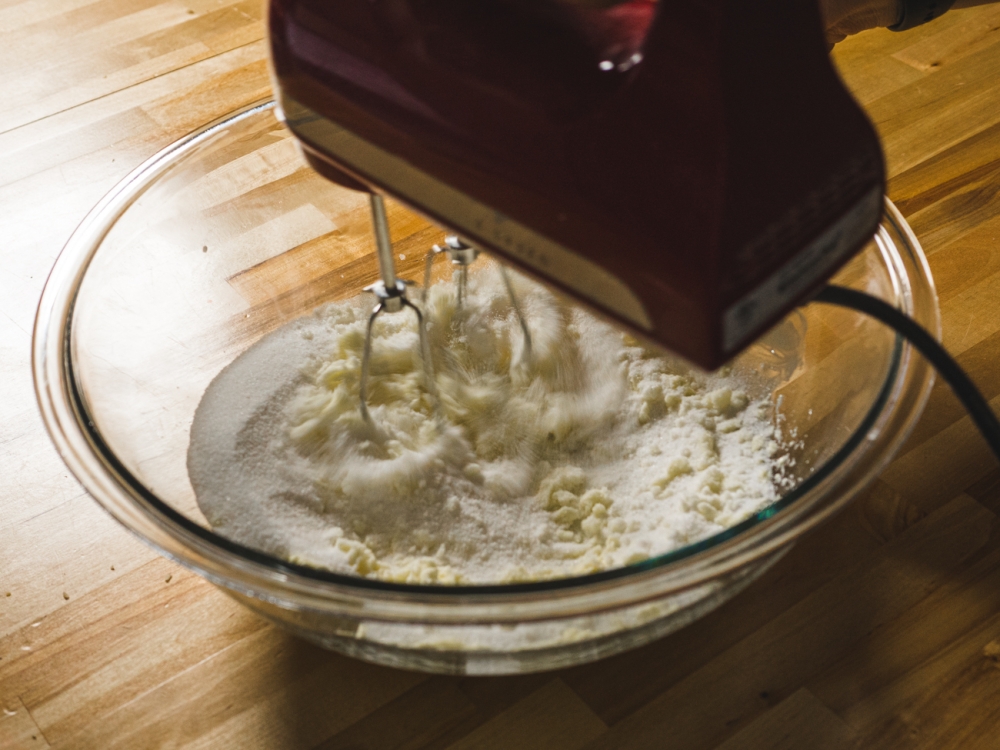 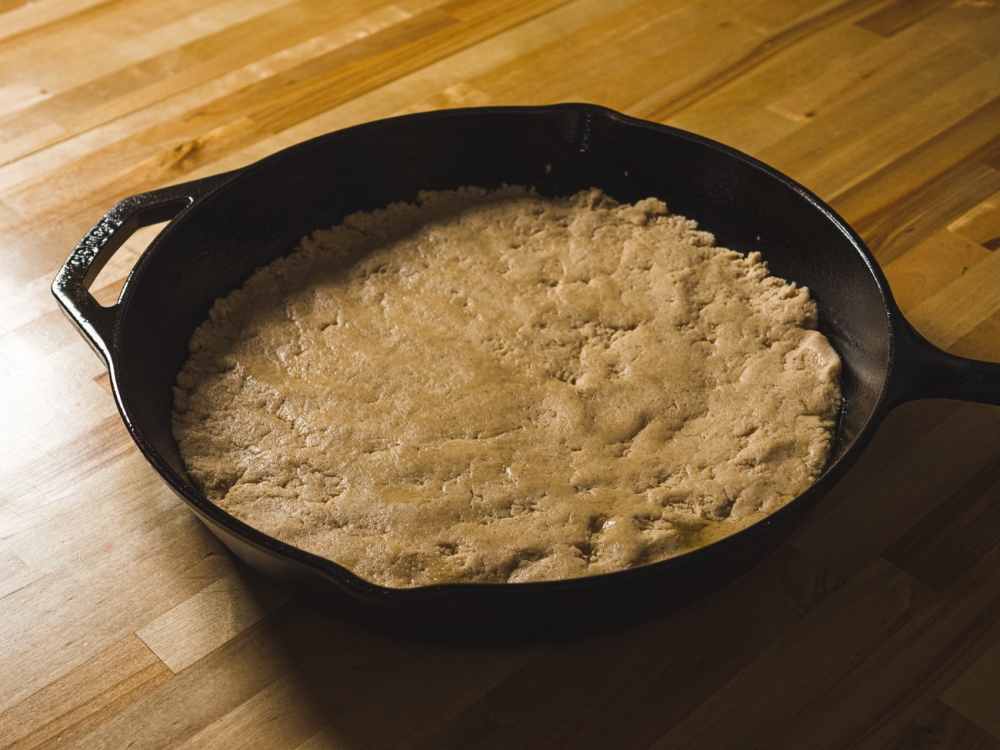 The top should get nice and golden in the oven and the top will be further enhanced in the looks department if you sprinkle some cinnamon sugar on top before serving. 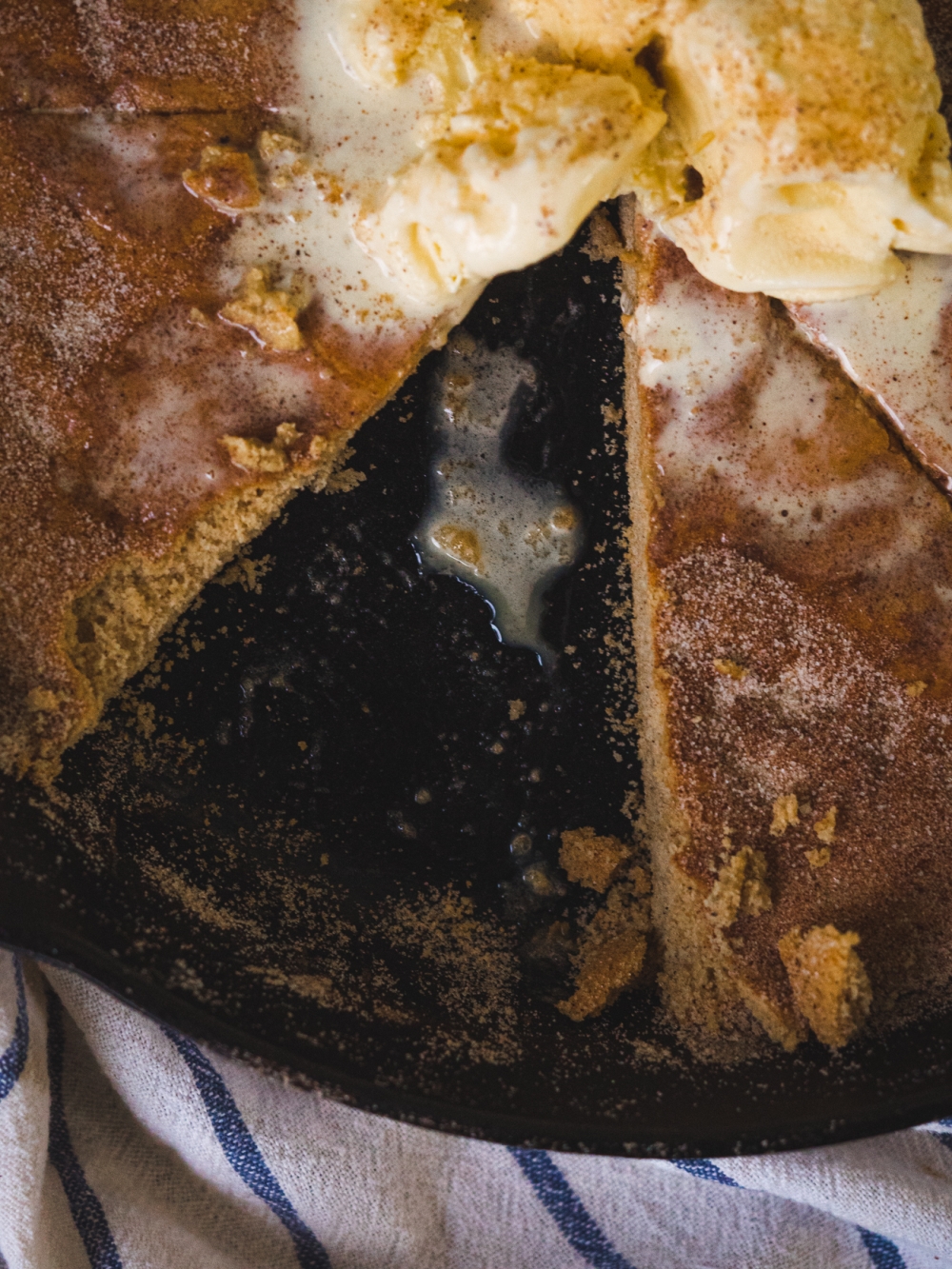 The skillet cake version of this American classic is just as good as the cookie and is an elevated take on what is a simple childhood treat for many. Served with some cold vanilla ice cream, it’s heaven on a plate. 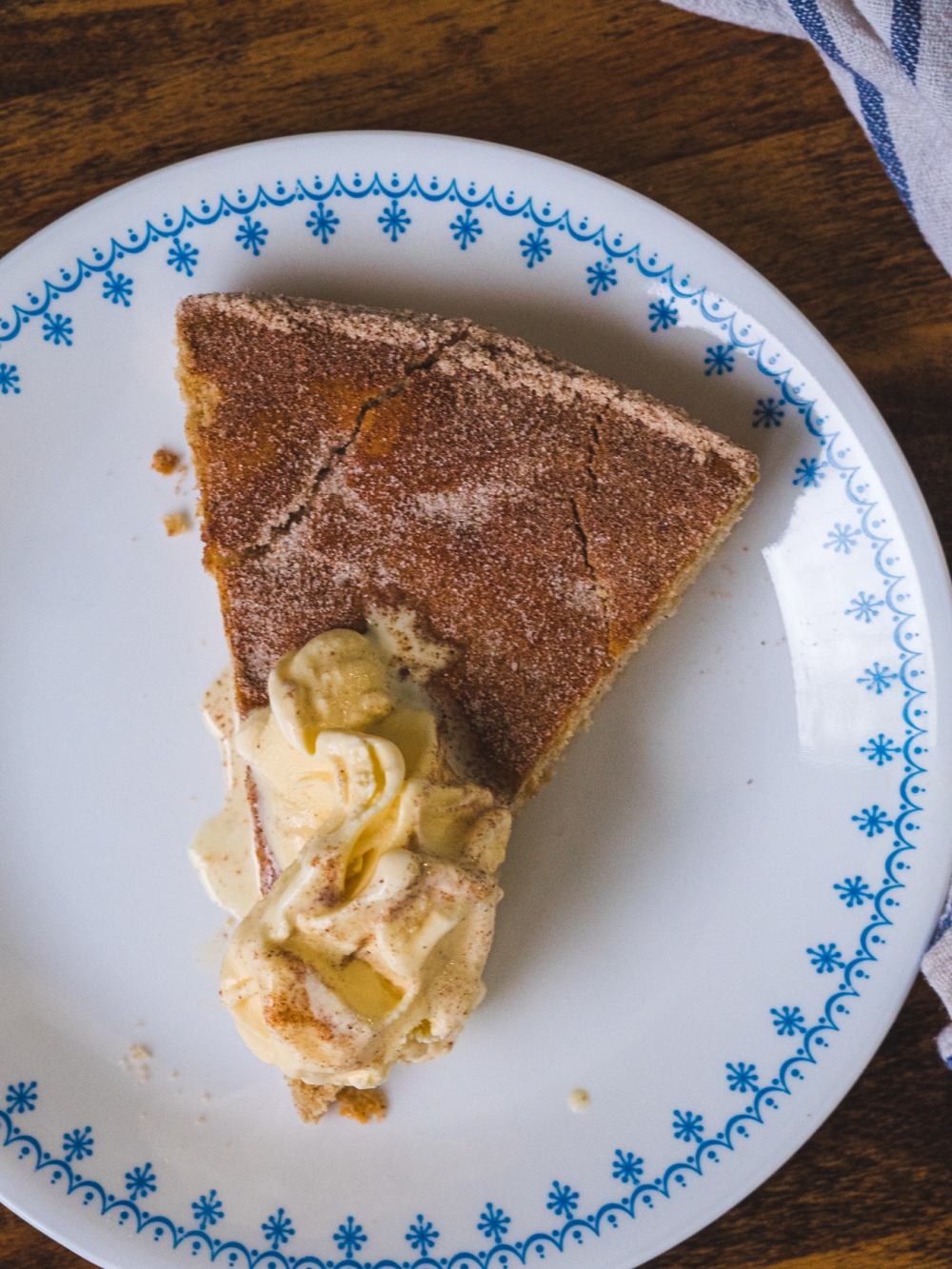