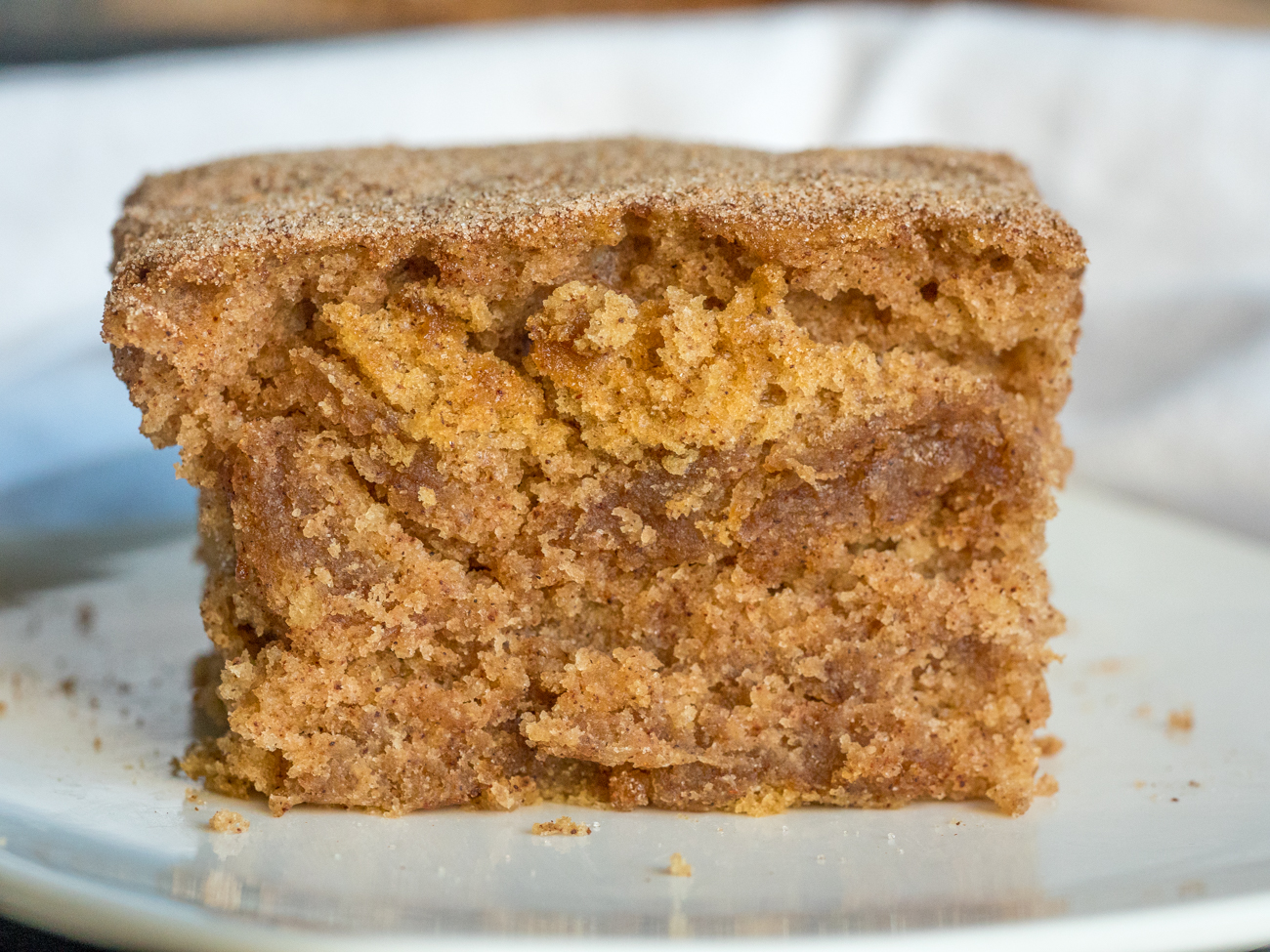 Crazy Cake was born in the era of the Great Depression, a time when people had to turn a little into a lot. Crazy Cake was one such feat of ingenuity, a recipe that used no milk, butter, or eggs at all but still produced a sweet, moist and delicious cake. You will usually see it as a chocolate cake, but here we’ve turned it into a sugary-cinnamon snickerdoodle version. Like the traditional one, it uses no perishable ingredients but you still end up with one amazing cake. 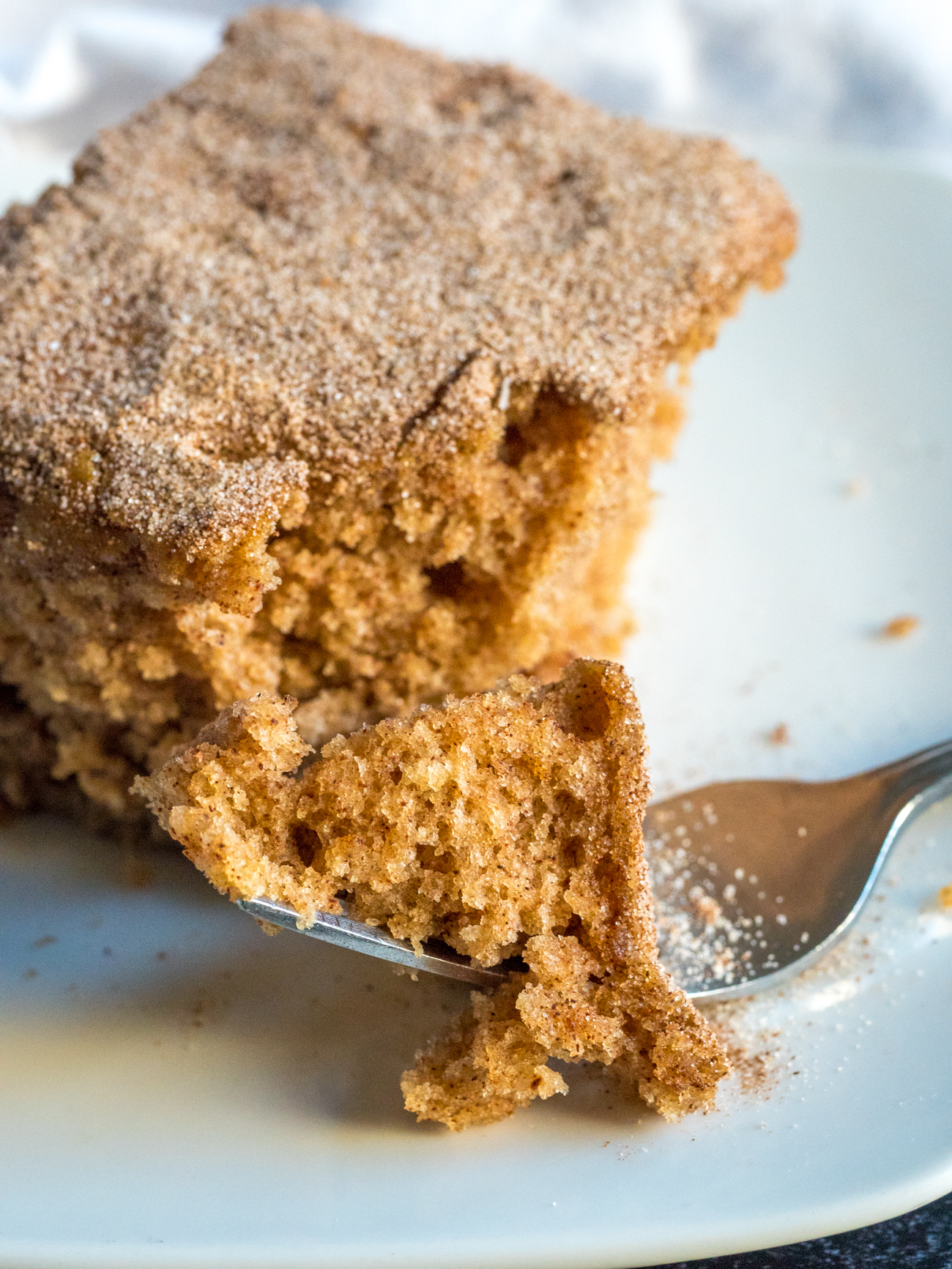 Crazy Cake’s major selling point is that it uses only pantry ingredients to create a special treat, but I think the fact that you mix it all up in the baking dish is equally alluring. You don’t even need to dirty a mixing bowl!

You just place flour, sugar, brown sugar, cinnamon, baking soda, cream of tartar, and salt into your baking dish, and give it a quick stir. 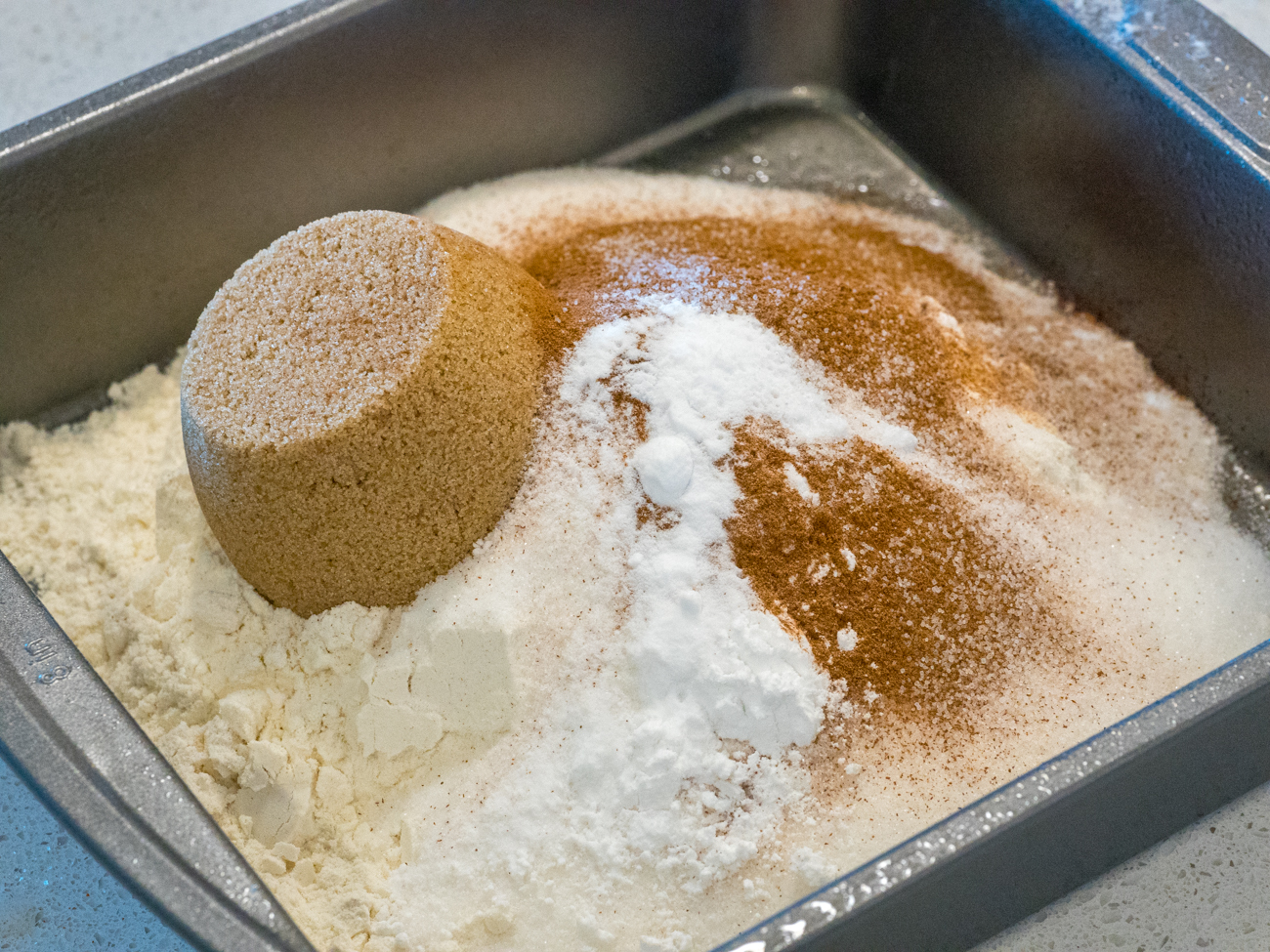 Then you make three impressions or “wells” in the dry ingredients and add your liquids – vinegar in one well, vanilla in another, vegetable oil in the third. 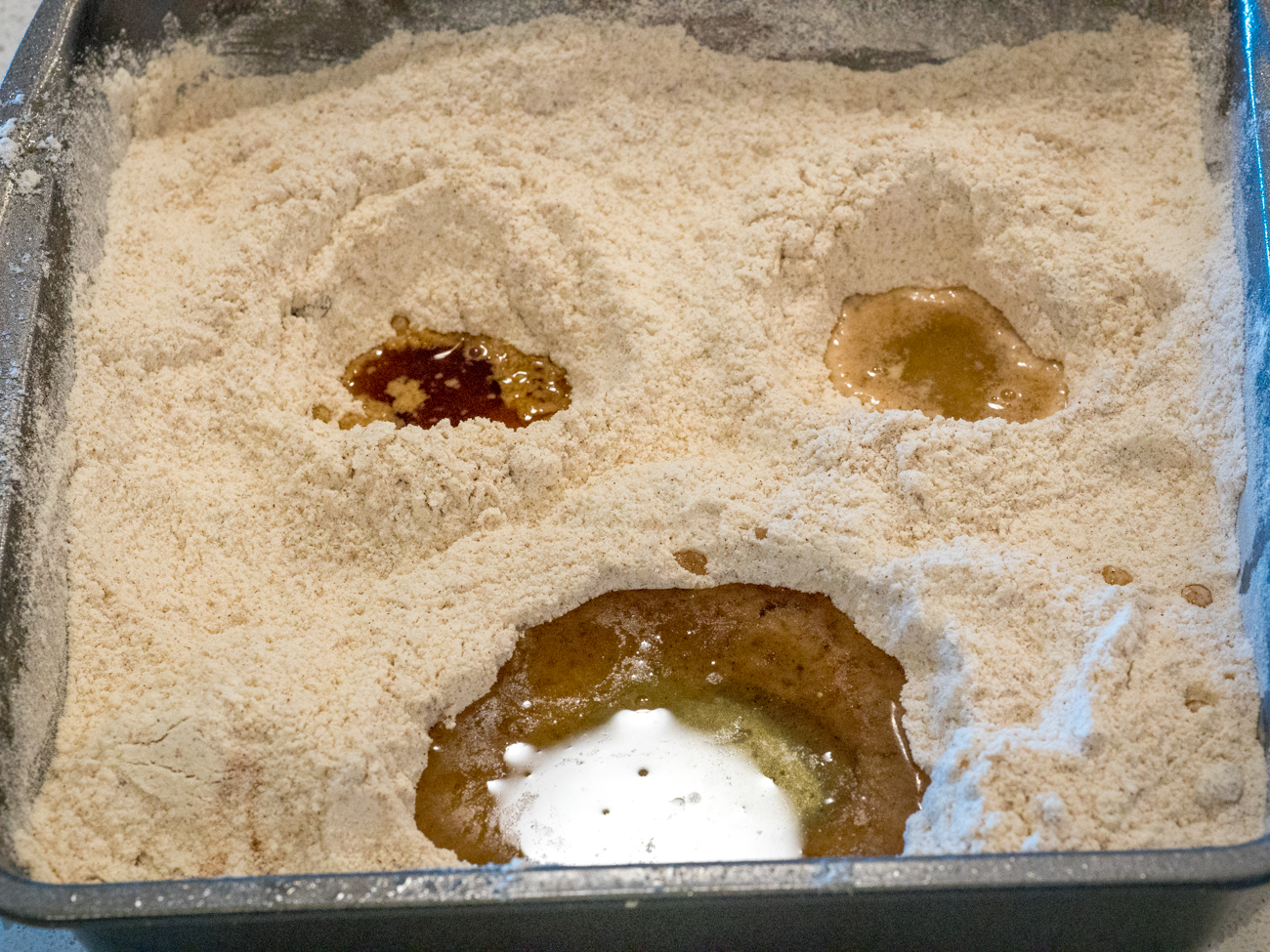 Give everything a stir, pop it in the oven, and while the cake is still warm sprinkle a generous amount of cinnamon-sugar over the top. 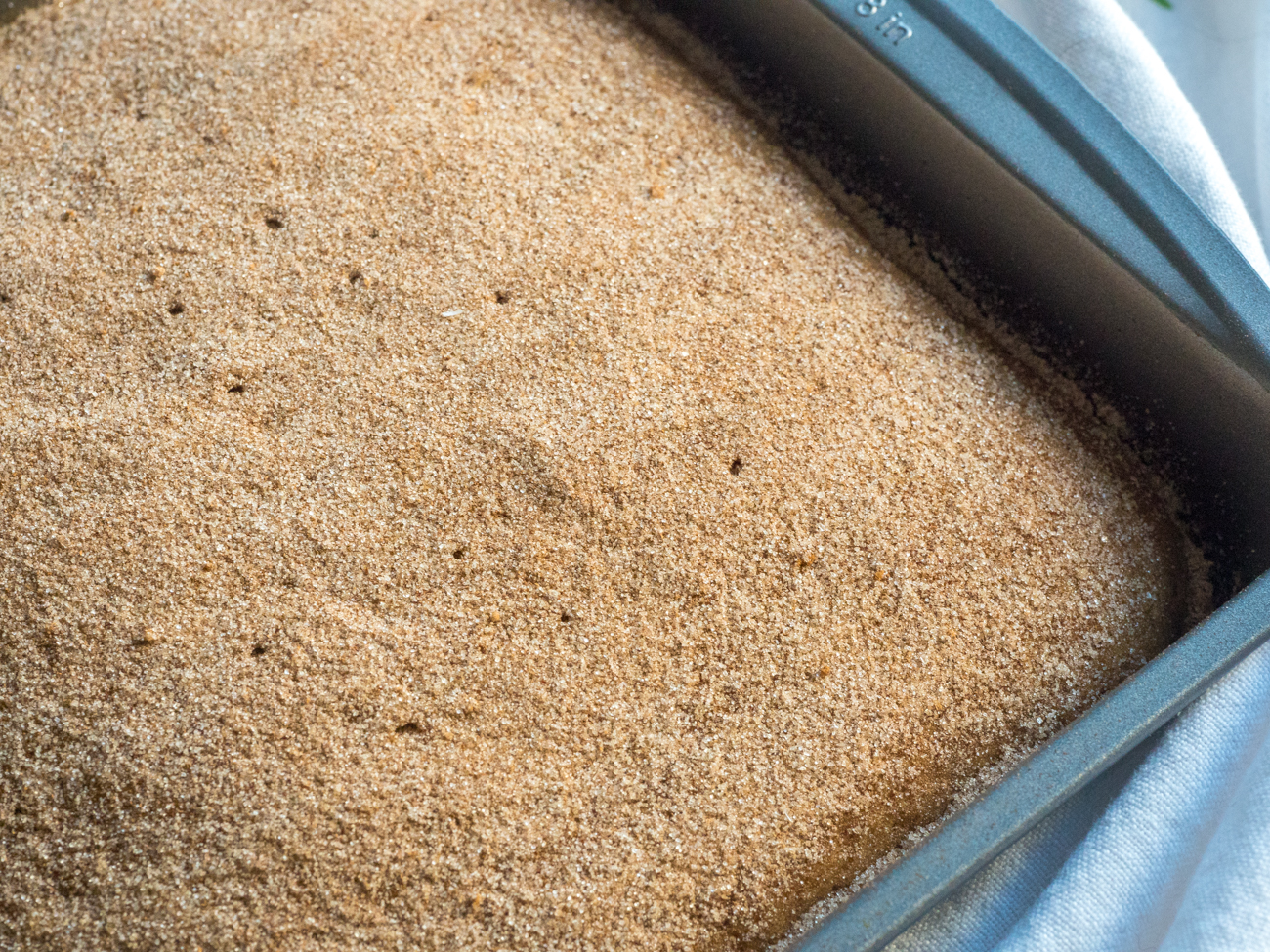 It’s a simple cake – it couldn’t be easier to make – but it’s so lovely and moist and every bite is infused with the warming spice of cinnamon. It’s a way to bring a little sweetness into your life when resources or scarce – or when you just don’t feel like running out to the store! 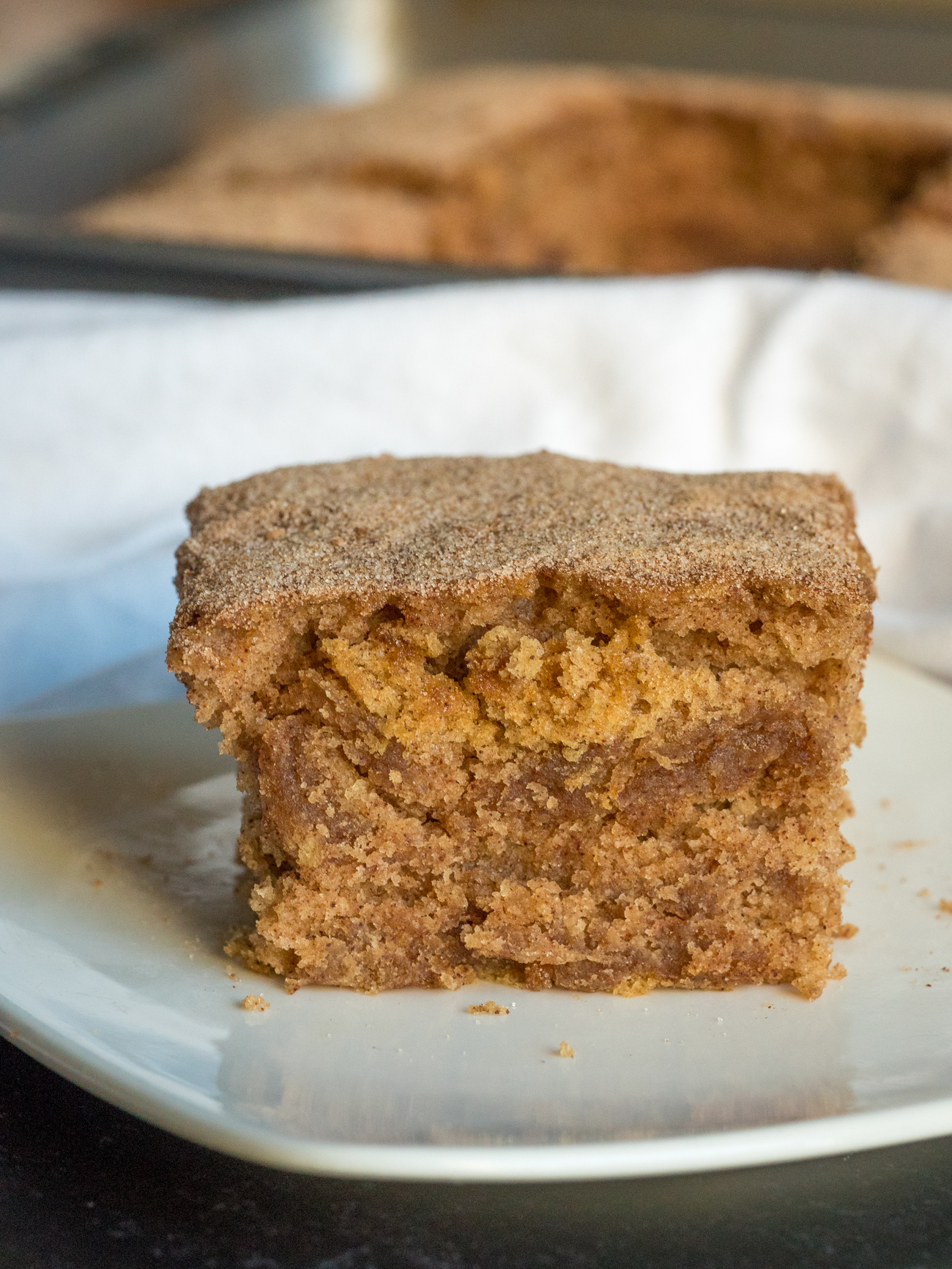