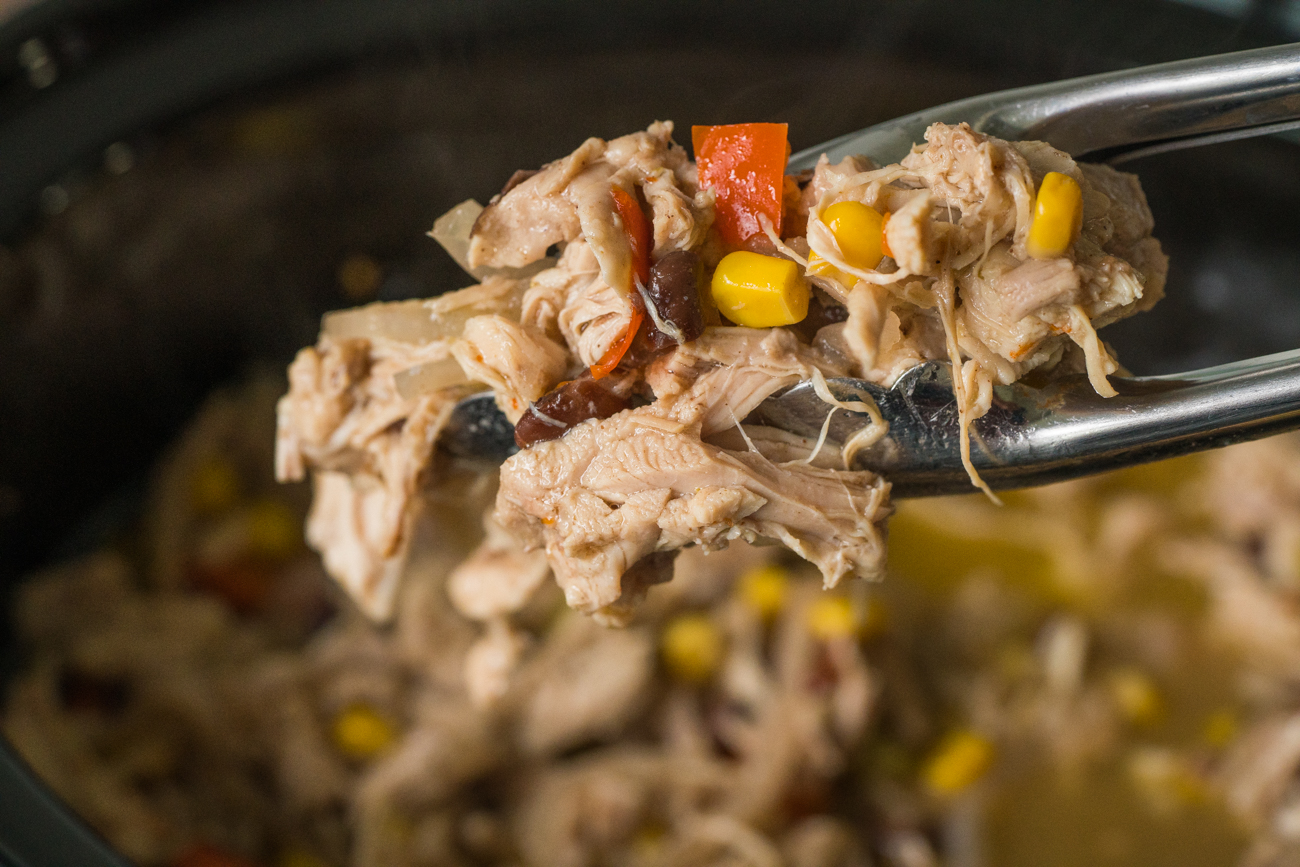 Never had Jerk Chicken? Well, you’re in for a treat. ‘Jerk’ is just a style of seasoning that hails from Jamaica, but with our easy slow cooker recipe, there’s no need to travel all the way there to have it. The seasoning is traditionally either used as a dry rub or a wet marinade and is usually based on Scotch bonnet peppers and a fair bit of allspice. While we’ve subbed in red pepper flakes for the Scotch bonnet since it’s easier to find around here, our crockpot version still maintains the flavor of that delectable spicy sauce and makes for a crowd-pleasing meal any night of the week. 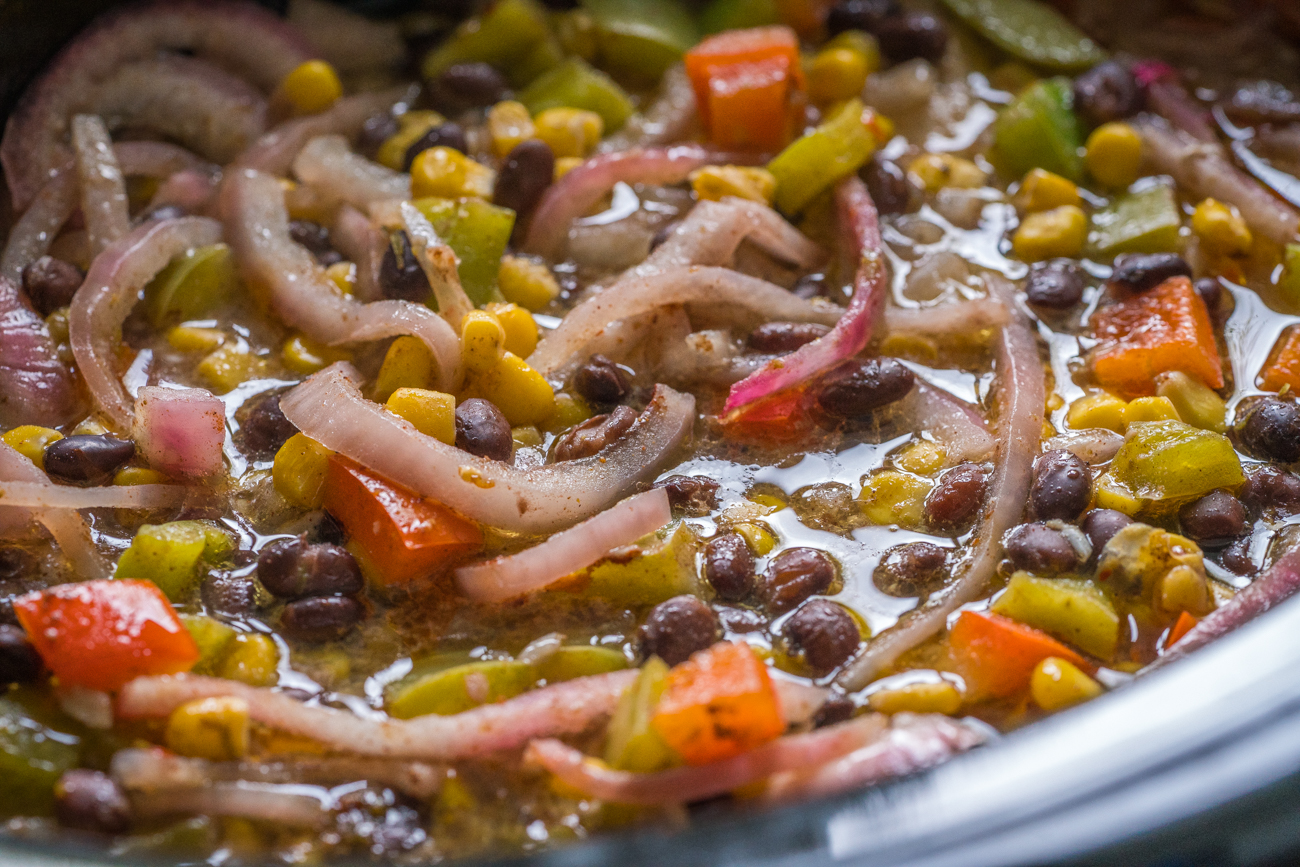 Jerk seasoning is generally used to flavor meat – usually chicken or pork – but we’ve gone ahead and added in some bell pepper, red onion, corn, and beans to make this dish into more of a well-rounded meal. All you need to do is pair it with some rice and dinner is done! 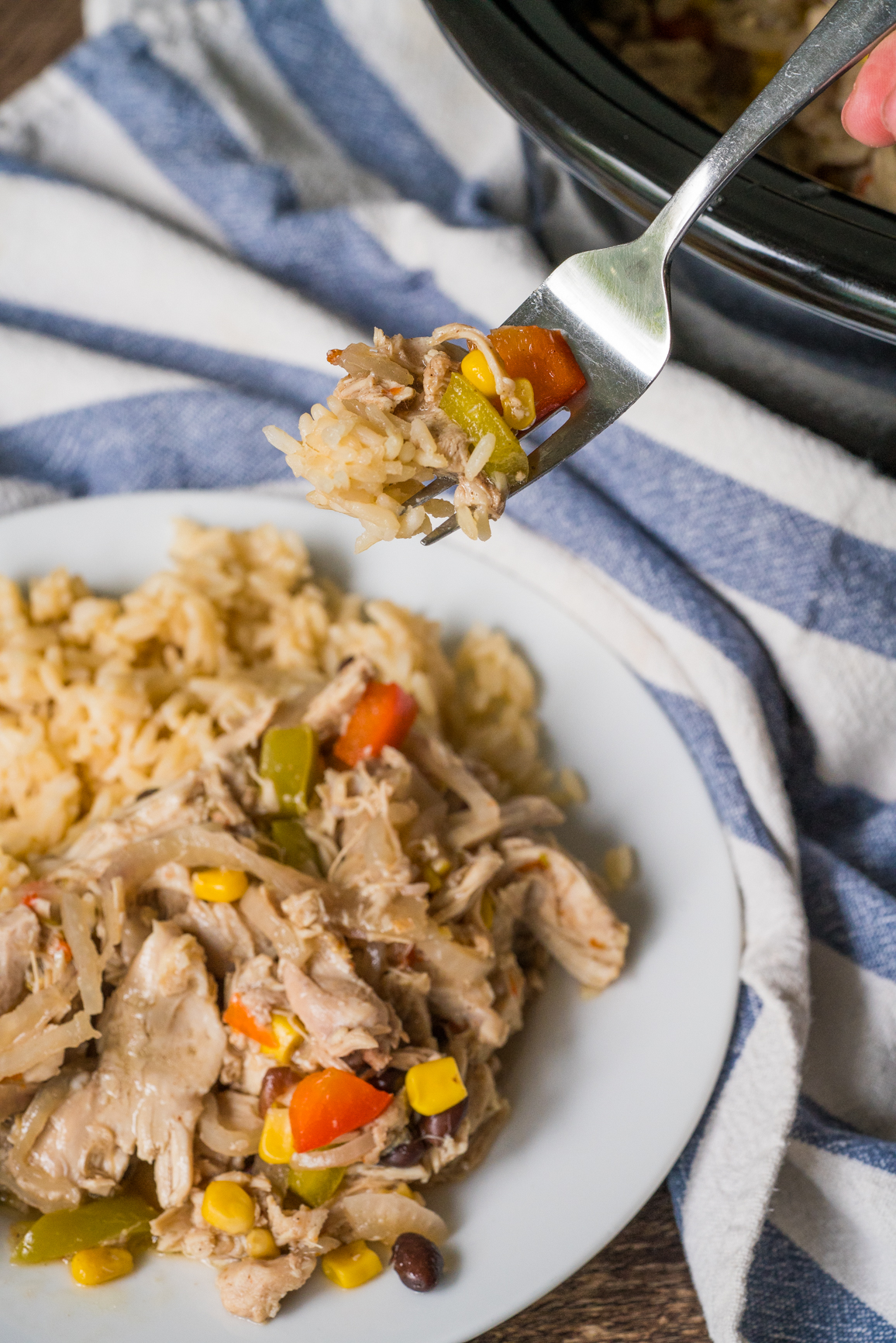 It’s a dump-and-go kind of meal. No need to sear the meat or brown and onions; just put all your ingredients in the slow cooker and walk away. Since it cooks for three to four hours (and most slow cookers will go ahead and keep your dish warm for you once they’re done cooking), it’s a dish you can set to cook before you leave in the morning. And who doesn’t love coming home to a hot and savory dinner that’s ready to go? 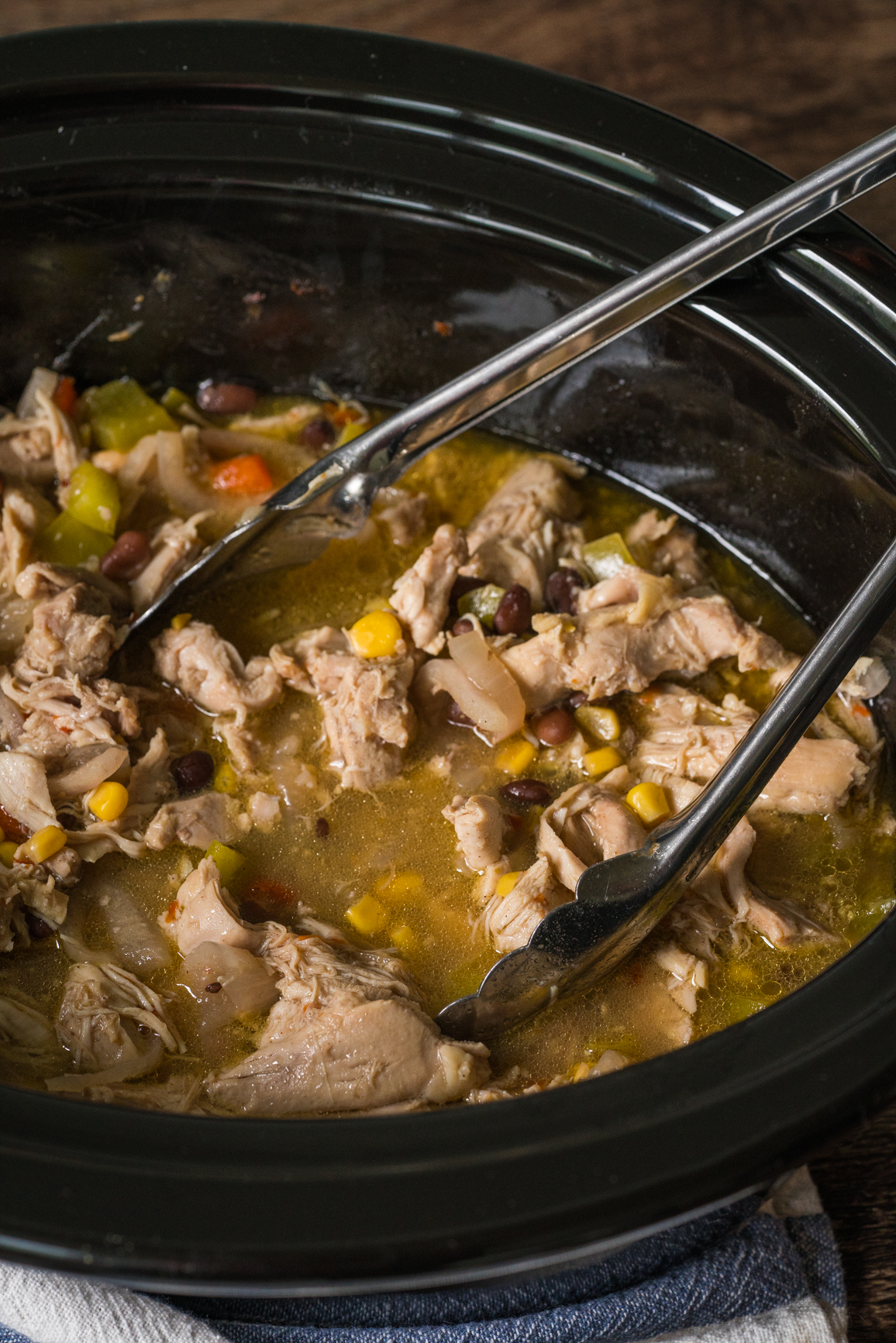 We know chicken dishes can seem like they’re a dime a dozen, but this one is juicy and nestled in a sauce that’s a little bit sweet and full of spice. Paired with the zesty veggies, it’s a savory Caribbean dish that you and your family won’t be able to get enough of! 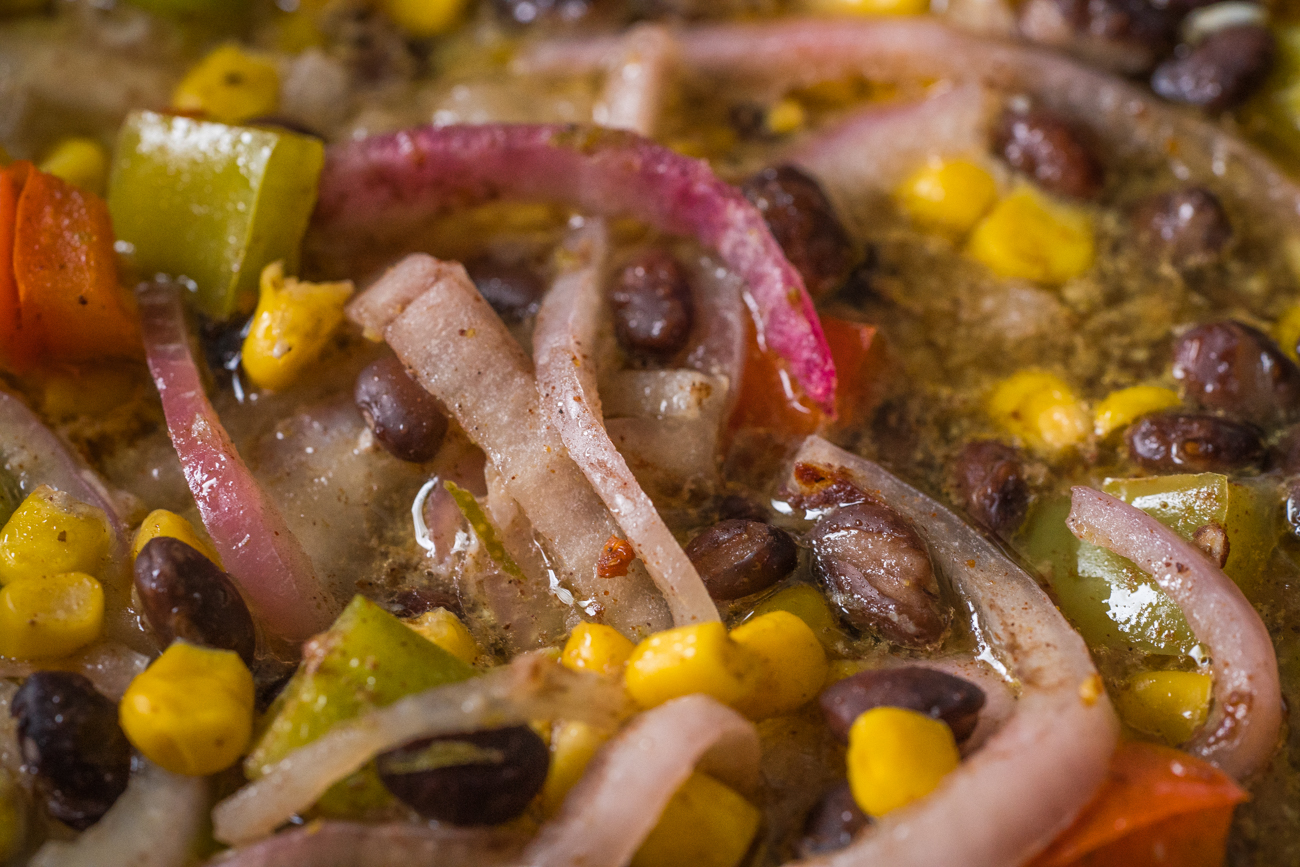