What would you do if you came across an animal that needed your help? When a police officer in Turkey spotted a dog trapped on a frozen lake, he didn’t think twice before diving into the icy water.

The dog somehow ended up trapped on a chunk of ice floating in the middle of a lake, and he didn’t have the energy to swim to shore and save himself. The brave police diver fought the elements as he swam through the frozen lake to rescue the puppy.

Once the officer got near the dog, he had to use his arm to smash through the ice surrounding the trapped animal. Eventually, he broke through enough ice to reach the terrified dog.

With the dog in his arms, the officer quickly swam back to shore, where a medical team was waiting with blankets. The dog was suffering from hypothermia and needed immediate CPR. 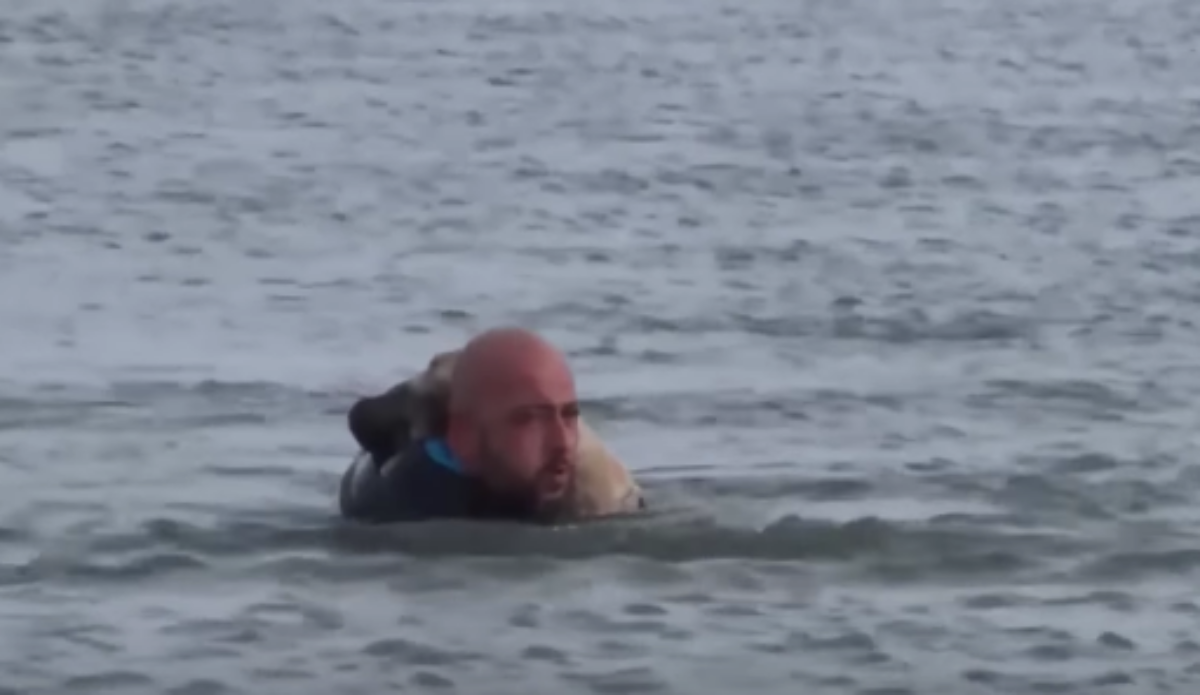 Luckily, the puppy responded to CPR. The medical team was then able to rush him to a nearby veterinary clinic. The staff at the clinic treated the dog for hypothermia and gave him lots of love.

Although he went through a harrowing near-death situation, the dog is expected to make a full recovery. As for the officer? He’s just glad he could help an animal in need.

Watch the video to see footage of the officer’s brave rescue!