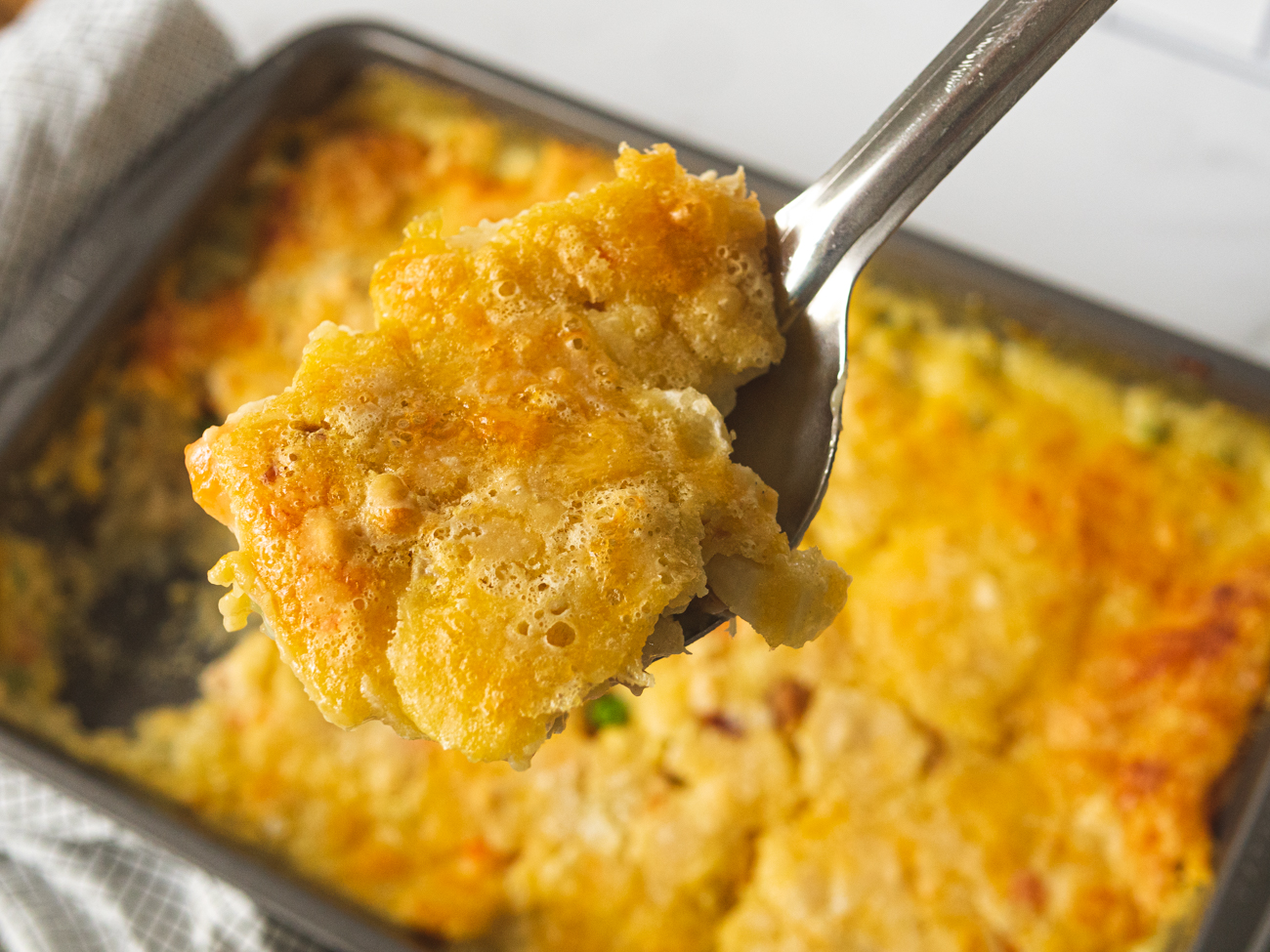 So what’s so magic about Magic Chicken Pie? Well, my friends, think of a Chicken Pot Pie where you don’t have to actually make a crust (or buy one and roll it out) and yet you still end up with a layered and delicious crust-topped pie. It’s like magic. With a few simple ingredients and some clever layering that’s just what you get with our Magic Chicken Pie! 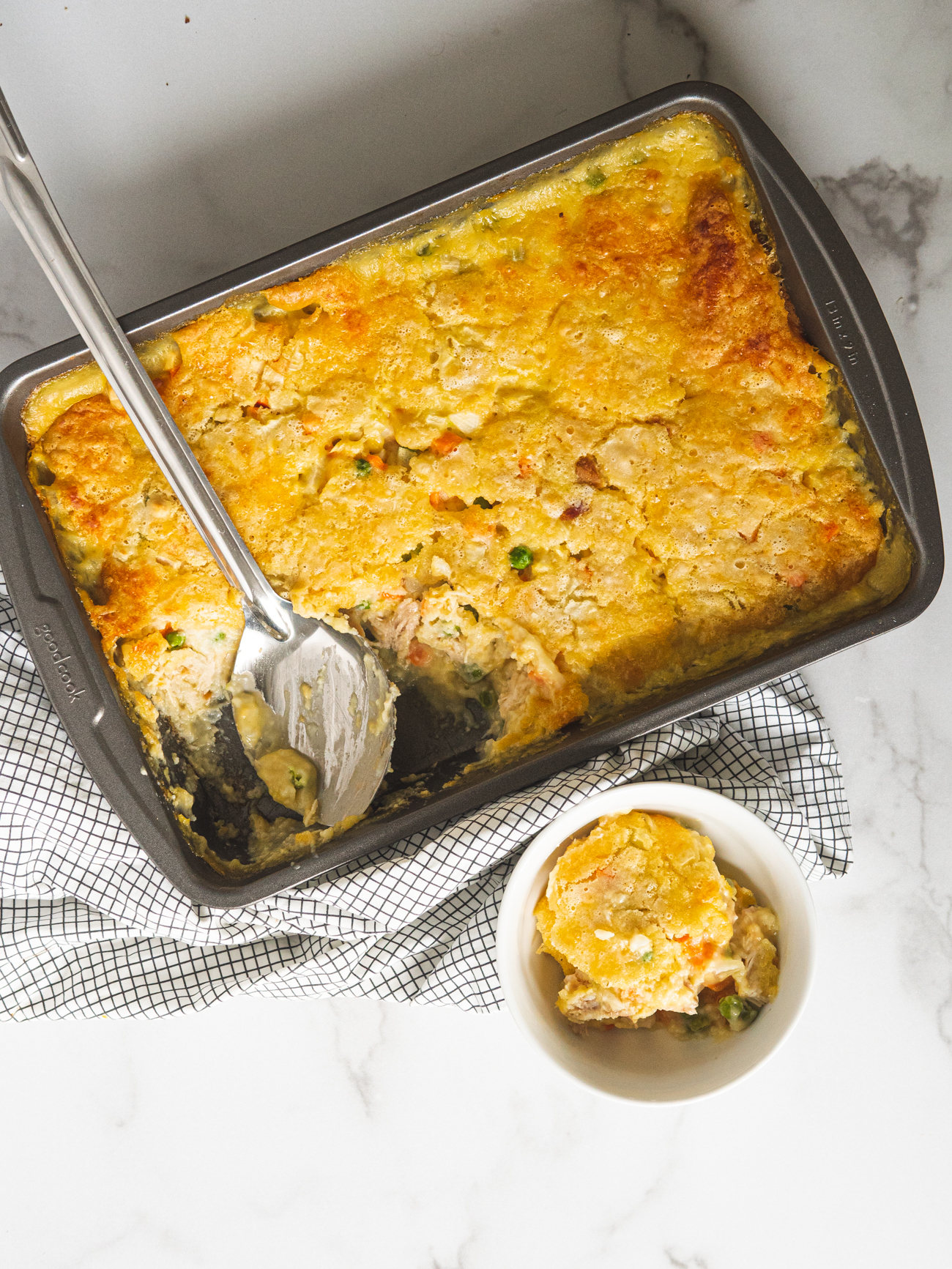 Magic Chicken Pie starts with some cubed butter in the bottom of a baking dish that you place in the oven until it’s just melted. You arrange some shredded chicken over the melted butter… 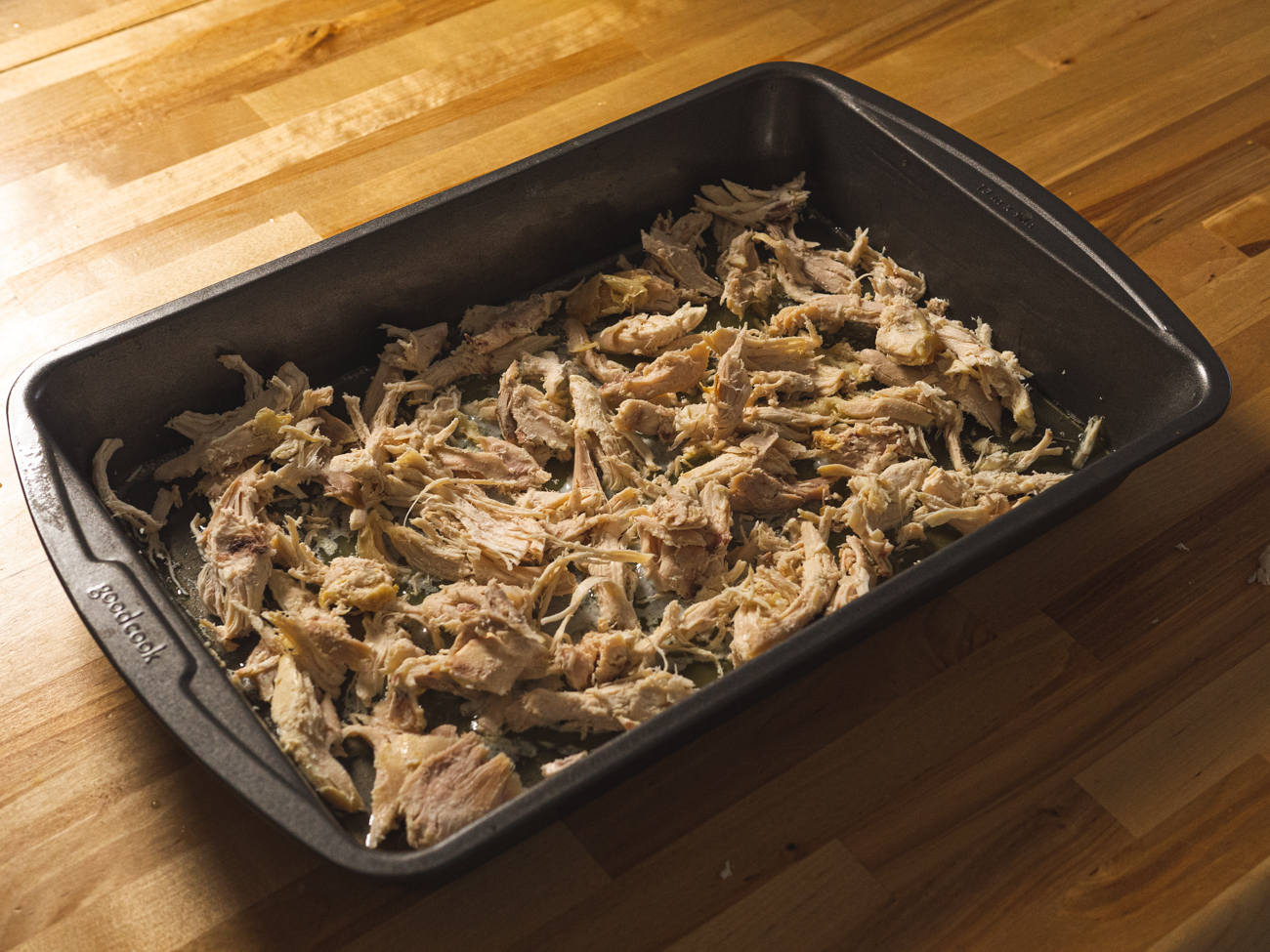 … followed by some mixed veggies and chopped onion. (It makes for a pretty classic pot pie filling.) 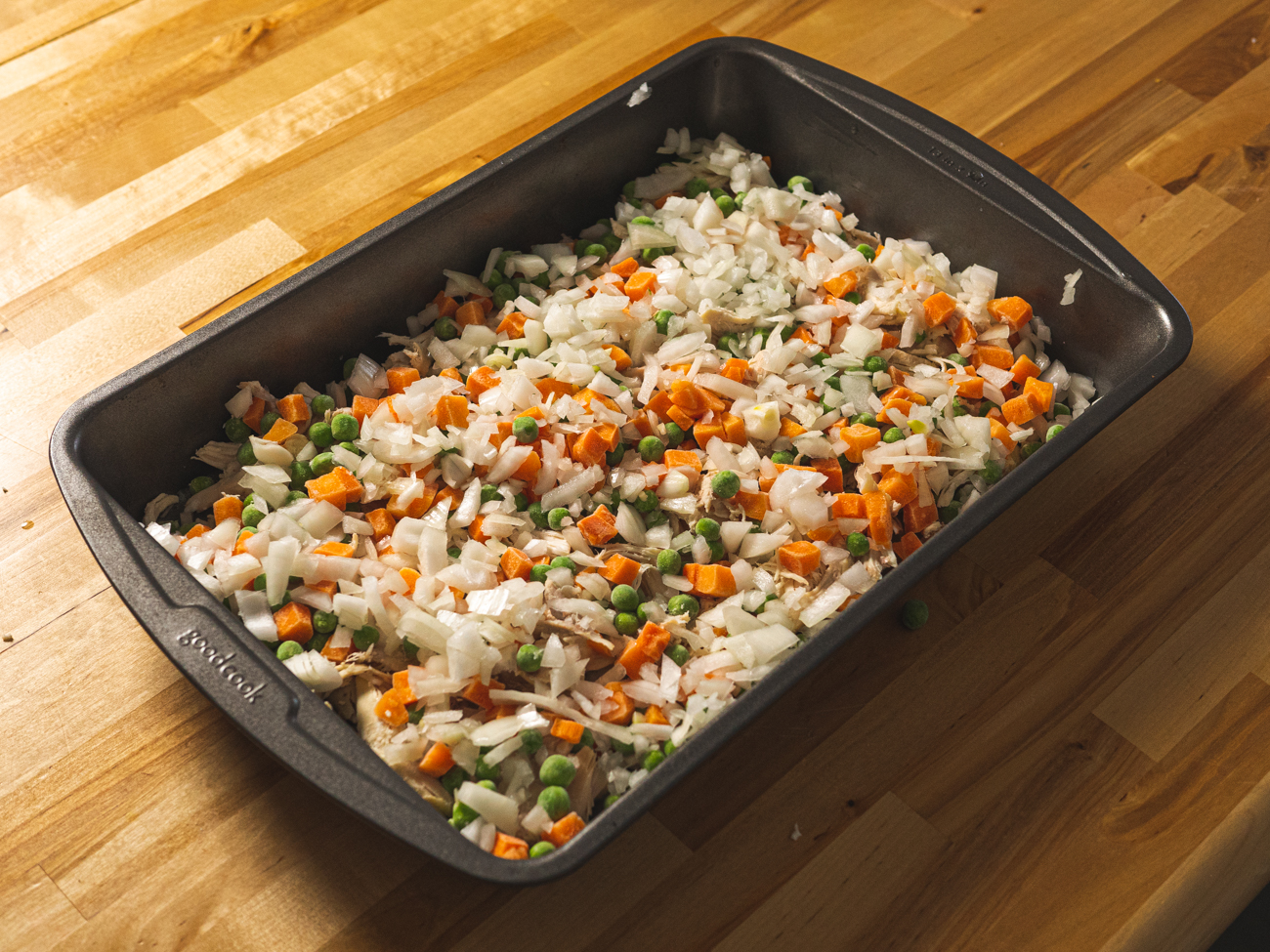 Cheddar cheese goes on next, which is not quite as classic, but I’ve never found myself complaining about the addition of cheese. 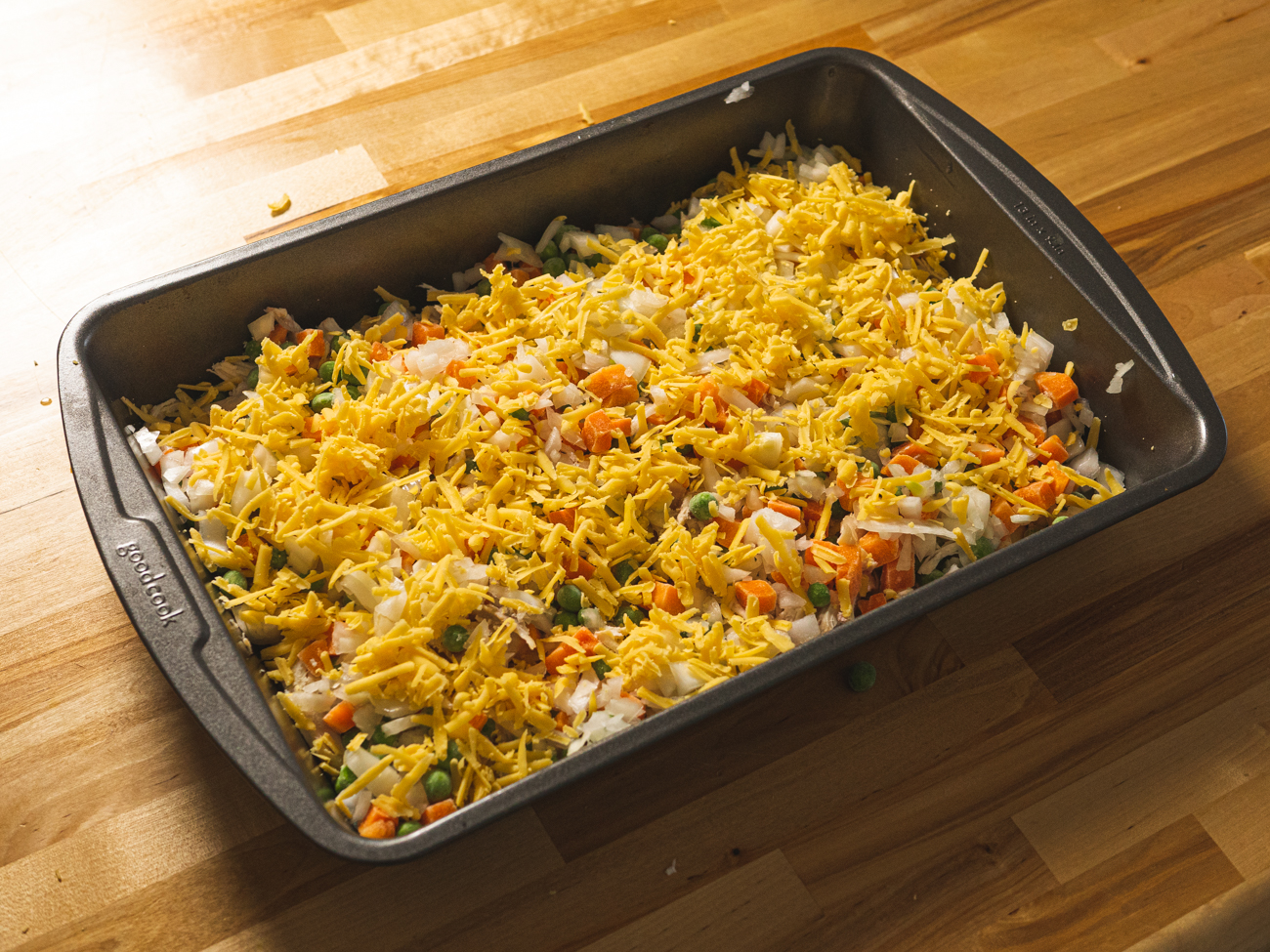 And then the magic starts! You whisk together some Bisquick and milk and pour it over the layers you’ve created. 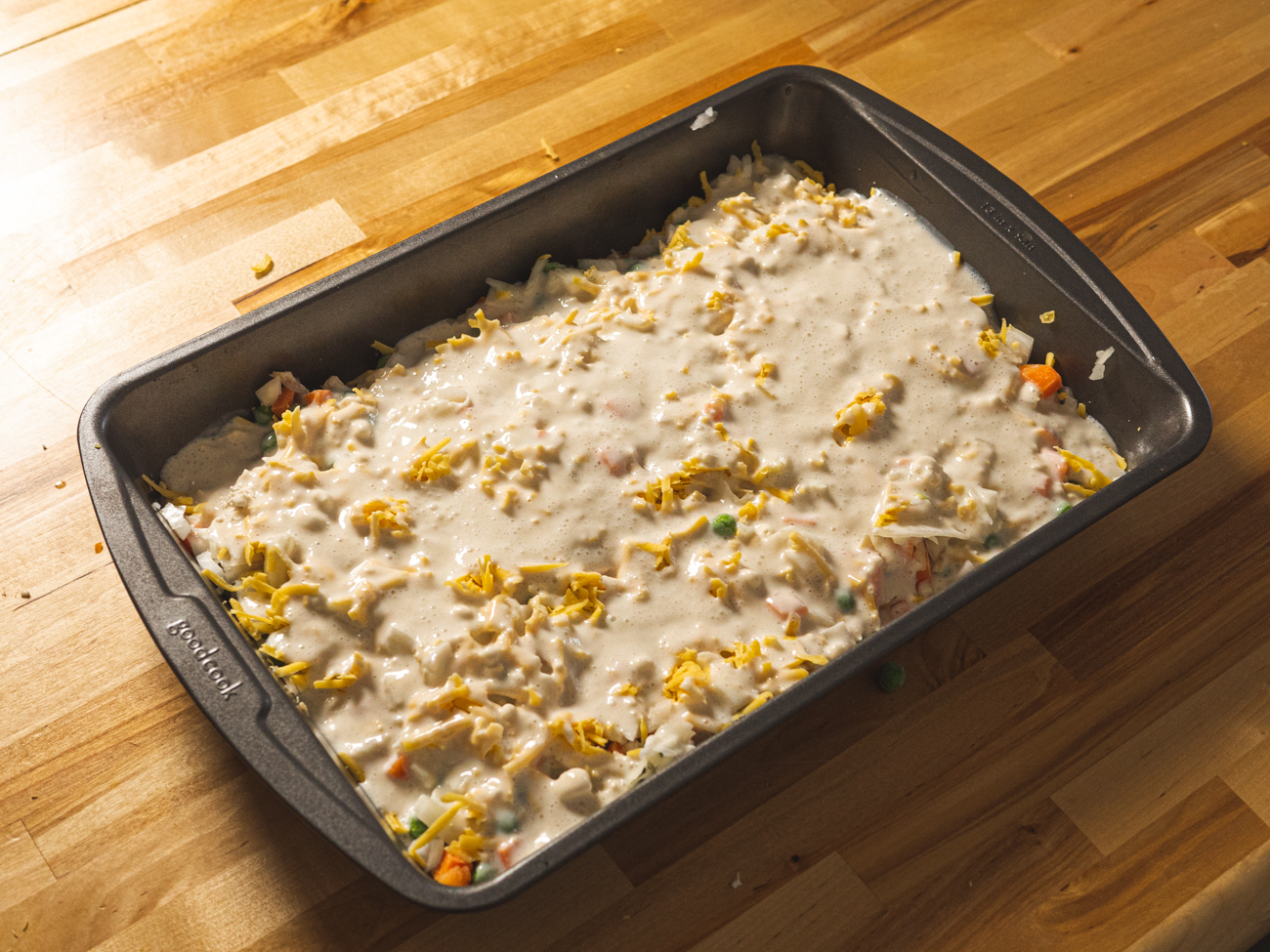 Next up is a layer of chicken broth and cream of chicken soup that have been whisked together. You don’t want to stir any of the layers together – just let the magic happen. 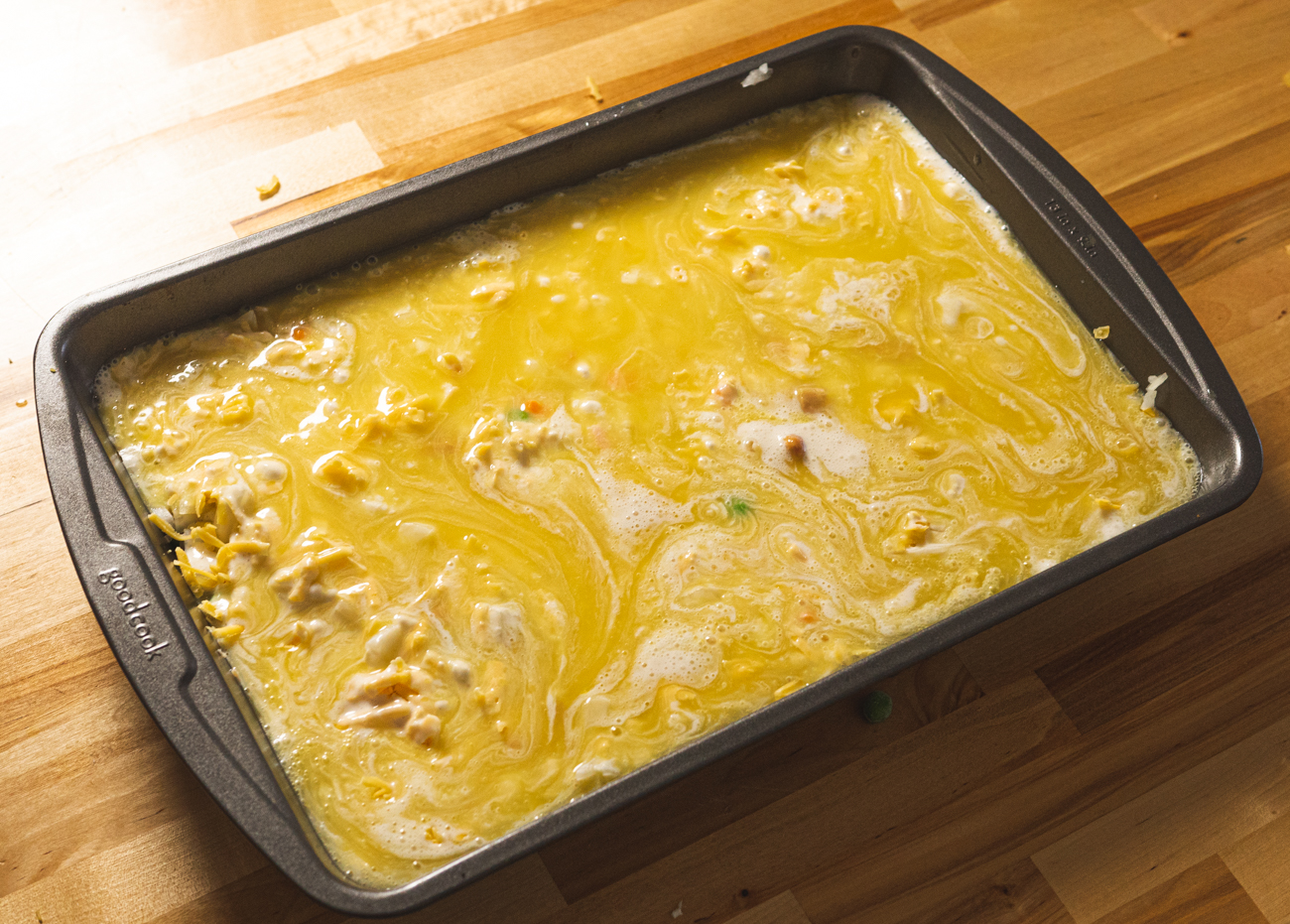 As it bakes, the soup and batter layers combine into a crust, while some of the liquid travels all the way down to the bottom, surrounding the veggies and meat with a savory sauce. 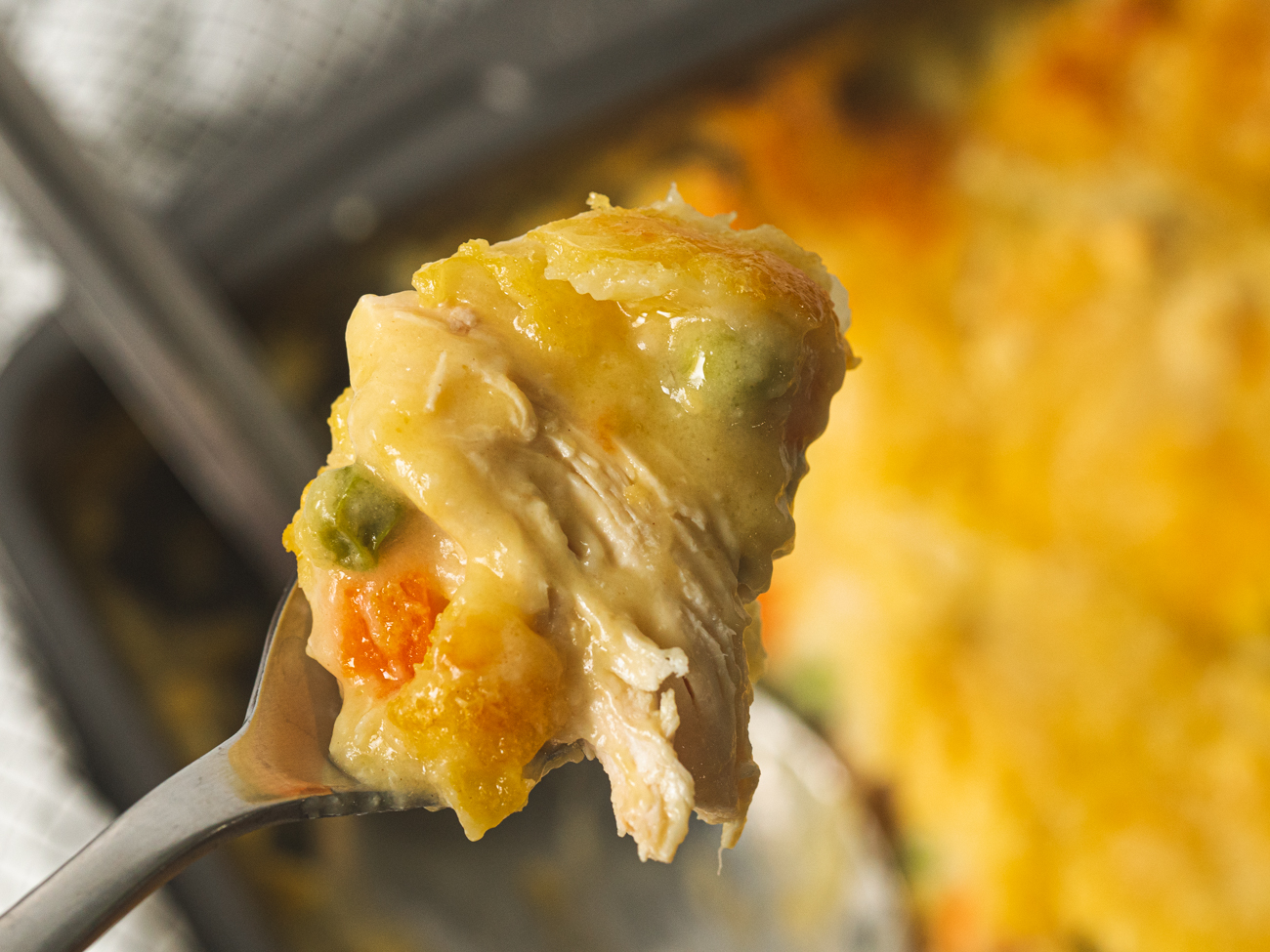 There’s little hands-on work here – you don’t have to spend any time at the stovetop to create the filling, you don’t have to do any cutting in or rolling out for the crust – and yet you end up with a layered and bubbly bake that the whole family loves. It’s the easiest pot pie I’ve ever made, but that doesn’t mean you’re sacrificing flavor! 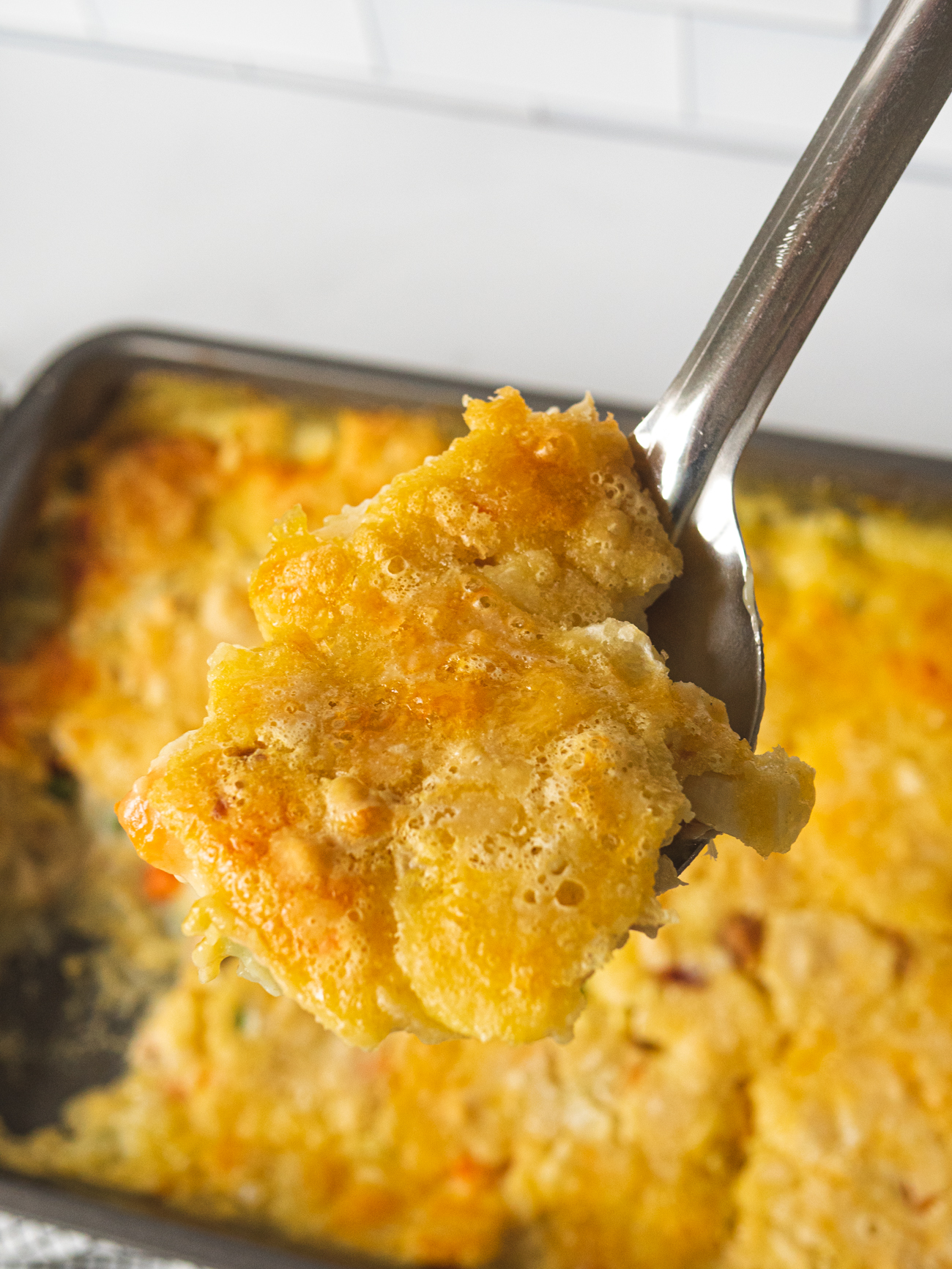 Recipe adapted from Bake at Midnite.