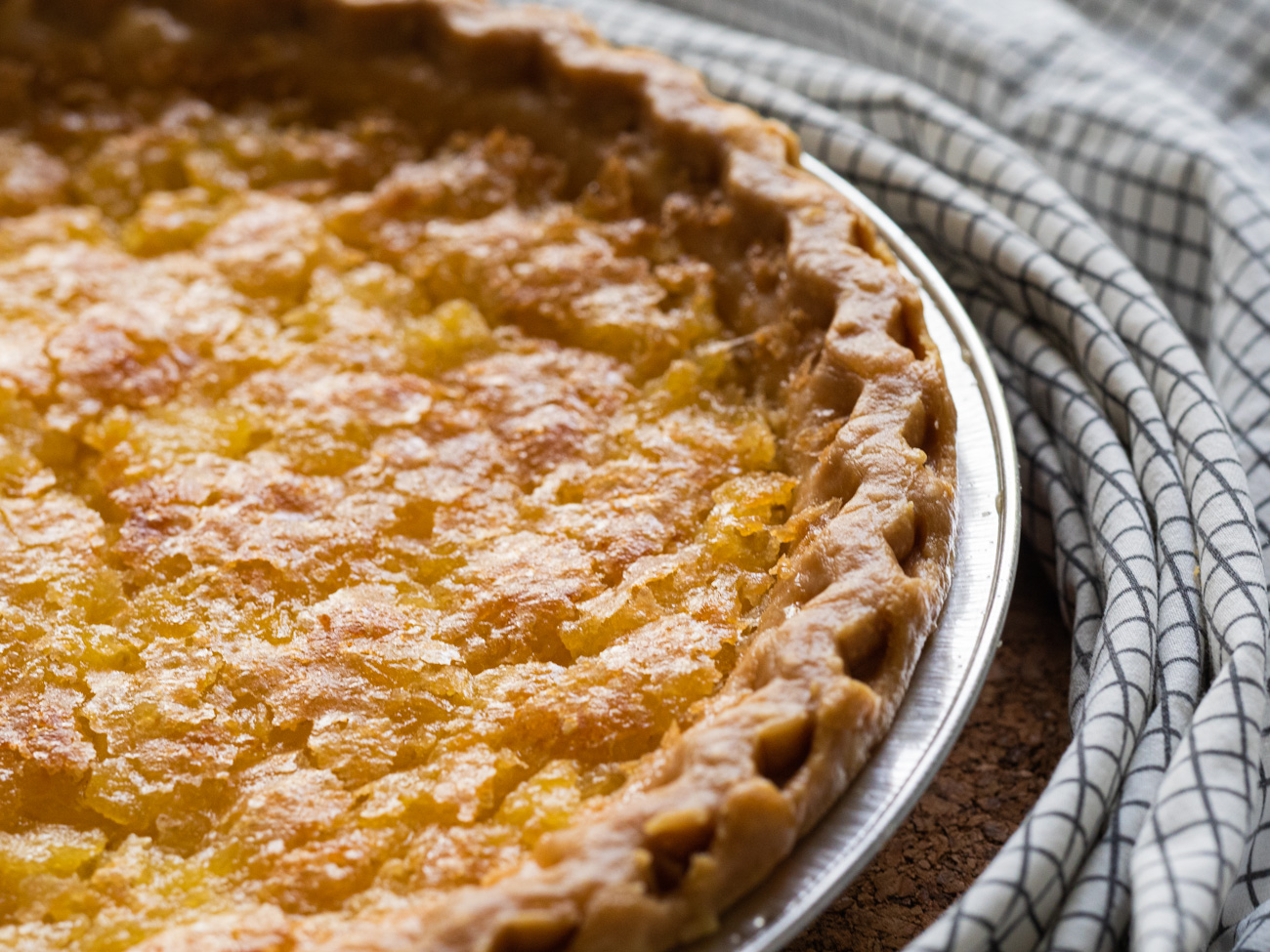 Okay, so this isn’t really Johnny Cash’s recipe, but it was his mama’s and it was reportedly one of his favorite foods. If it was good enough for Johnny, it’s good enough for us, but it’s more than good enough – it’s a simple, sweetly southern pie that’s totally direct in its use of pineapple. That’s what this pie is all about. Well that, and a bit of sugar. 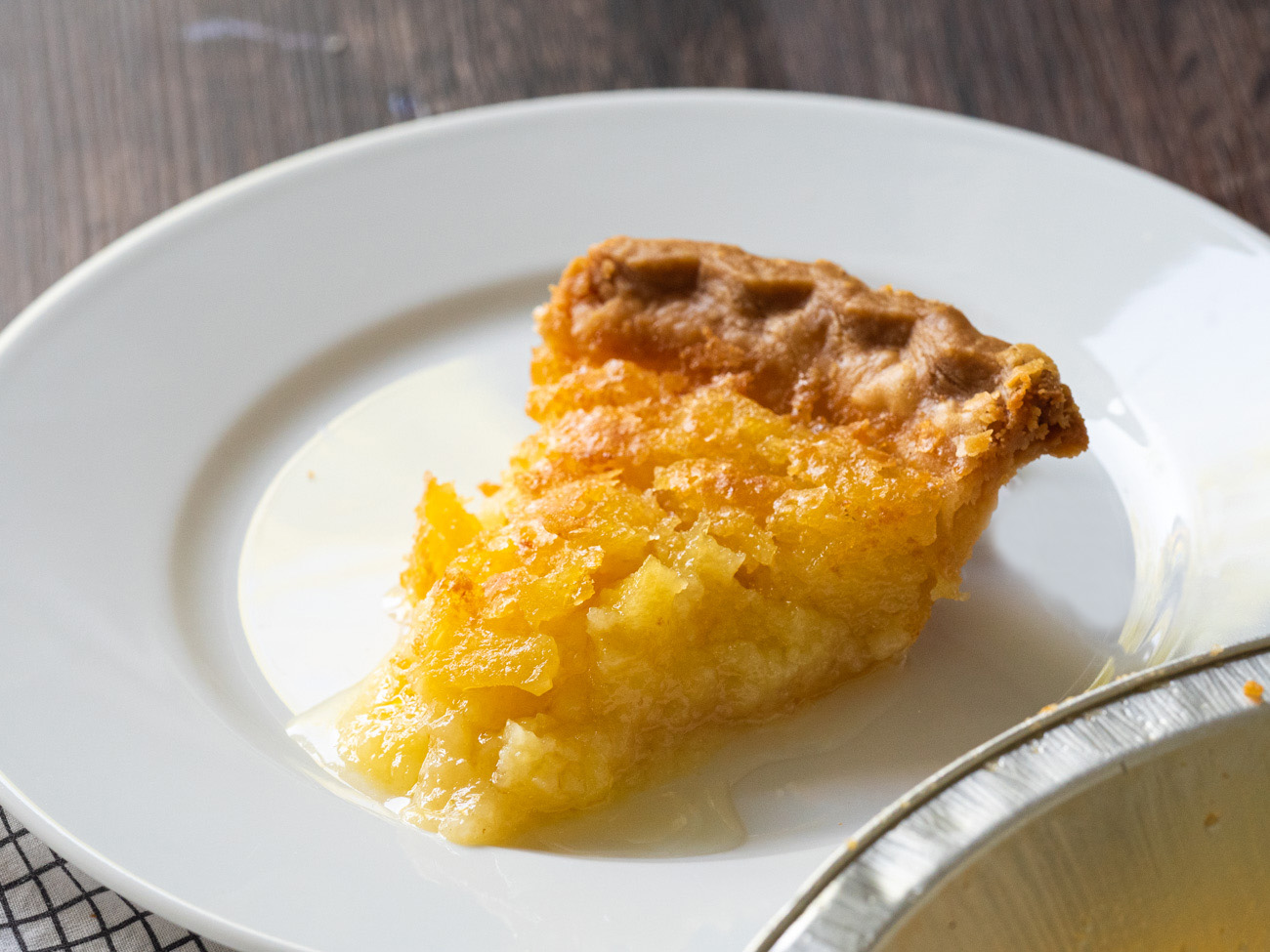 Aside from the pie crust, this pie only involves six simple ingredients. There’s pineapple and sugar, butter and eggs, flour and vanilla extract… So really it’s just some baking basics and canned pineapple. Everything is beaten together in the same bowl and poured into the pie shell, so it can’t get much simpler to make. 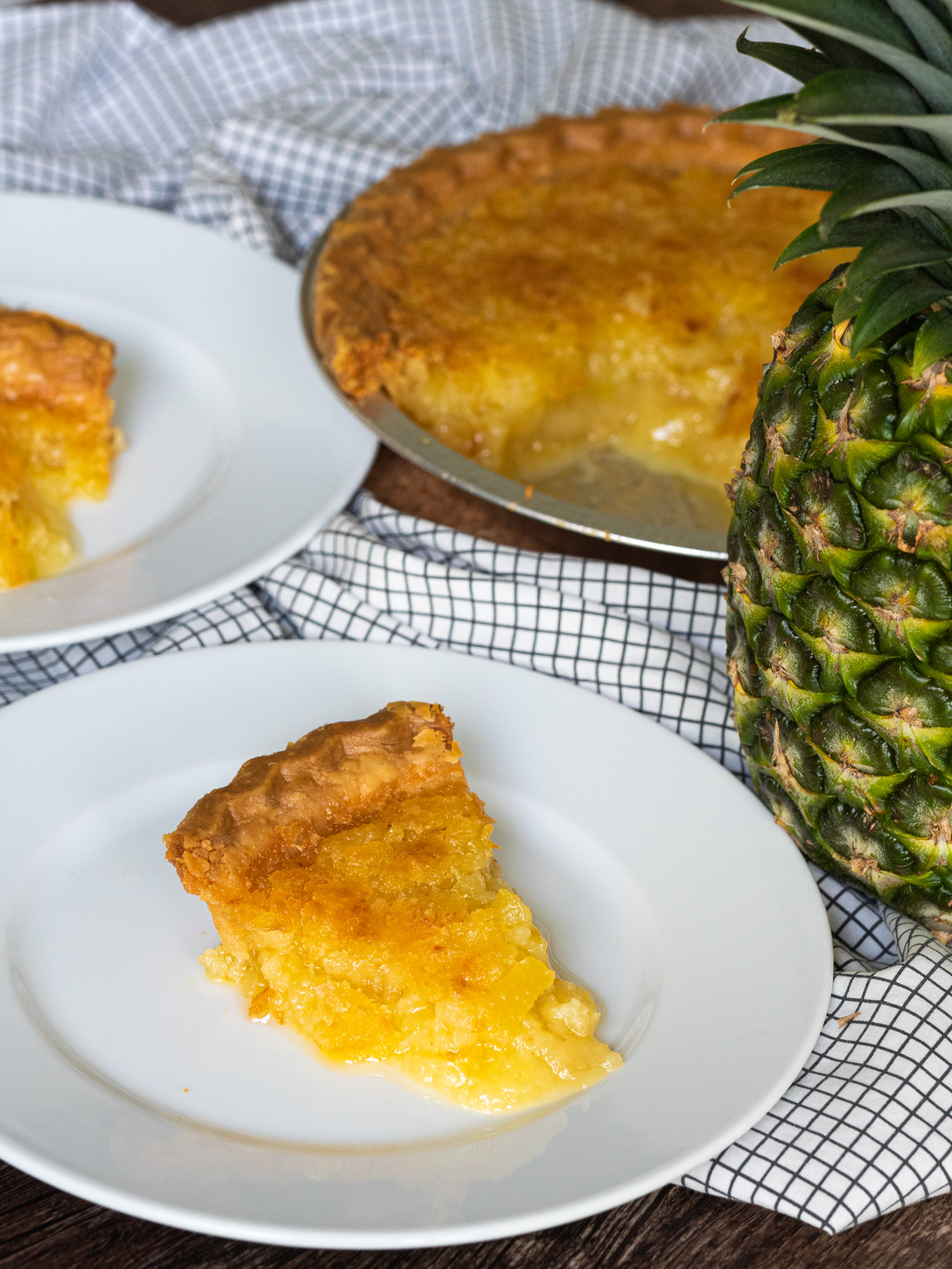 It’ll seem liquidy and like it’ll never hold up, but just trust that it will. It bakes about 50 minutes, and while it’ll be a bit jiggly in the end, that time helps it hold together just fine and also transforms the top into a beautiful golden, sugary crust. 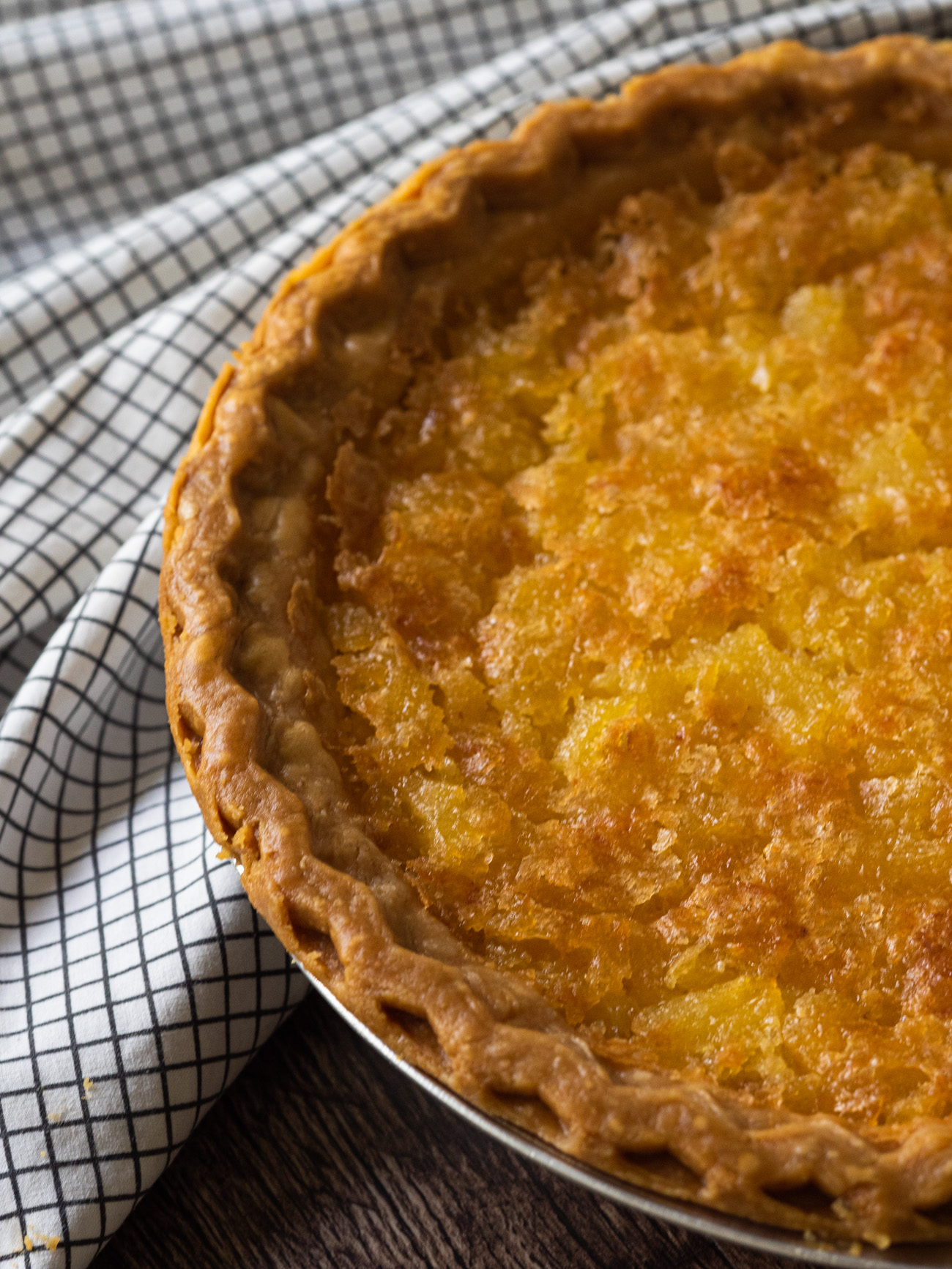 It’s a classic kind of pie – unapologetically sweet and sweetly simple. It’s easy to see why Johnny was fond of it – it’s the kind of pie you fall in love with in just one bite.

Recipe from Taste of Home.