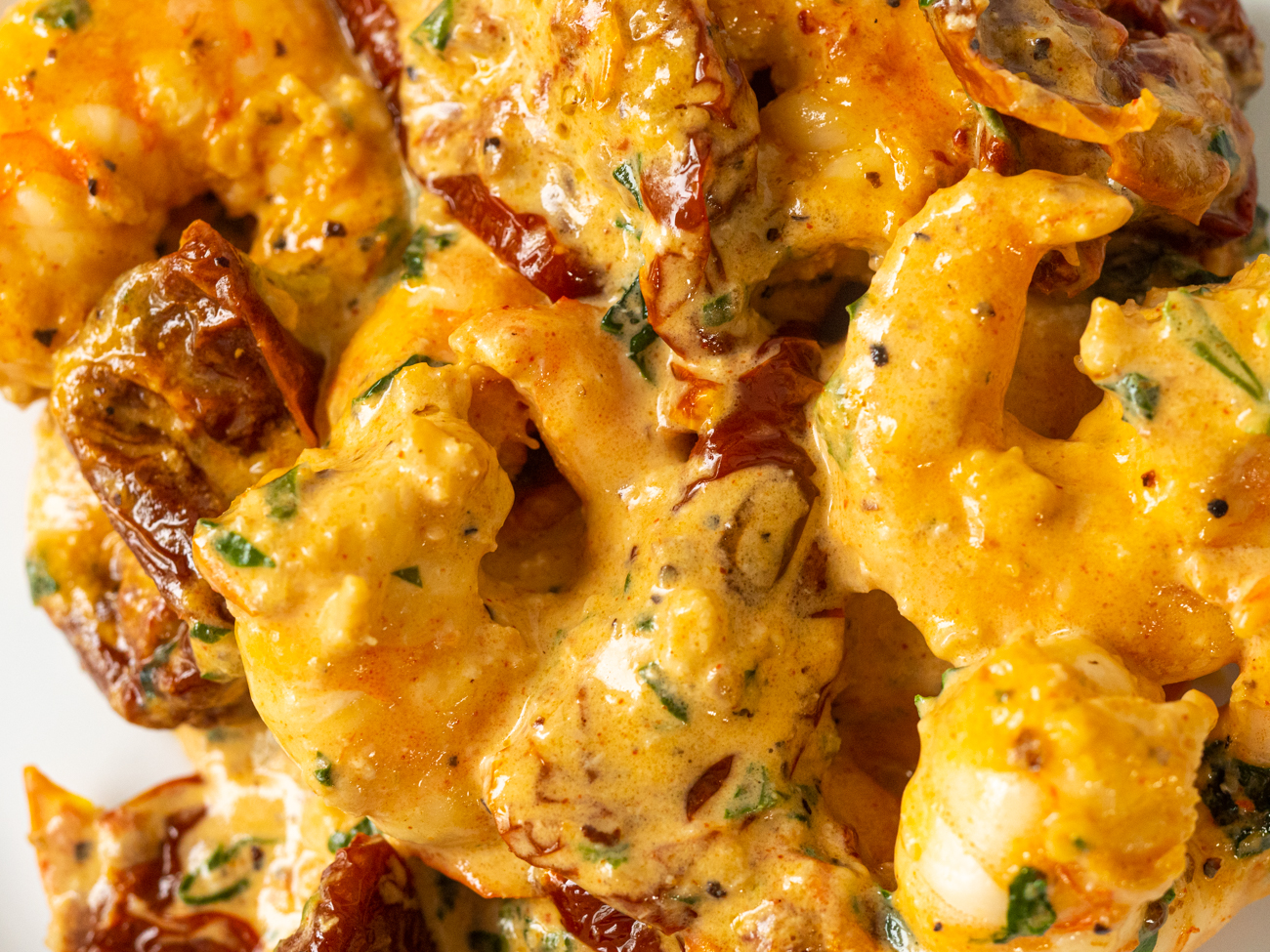 When it comes to picking a protein for dinner, it can be easy to get into a rut of using the same option over and over and over again. For some reason, shrimp tends to fly under the radar, which is just silly since it happens to be delicious and extremely quick to prepare. This skillet recipe gets dinner on the table in ten minutes (yes, only ten!) and comes with a delicious creamy sauce that you can spoon over pasta, rice, or polenta or just leave as-is for a low carb meal. 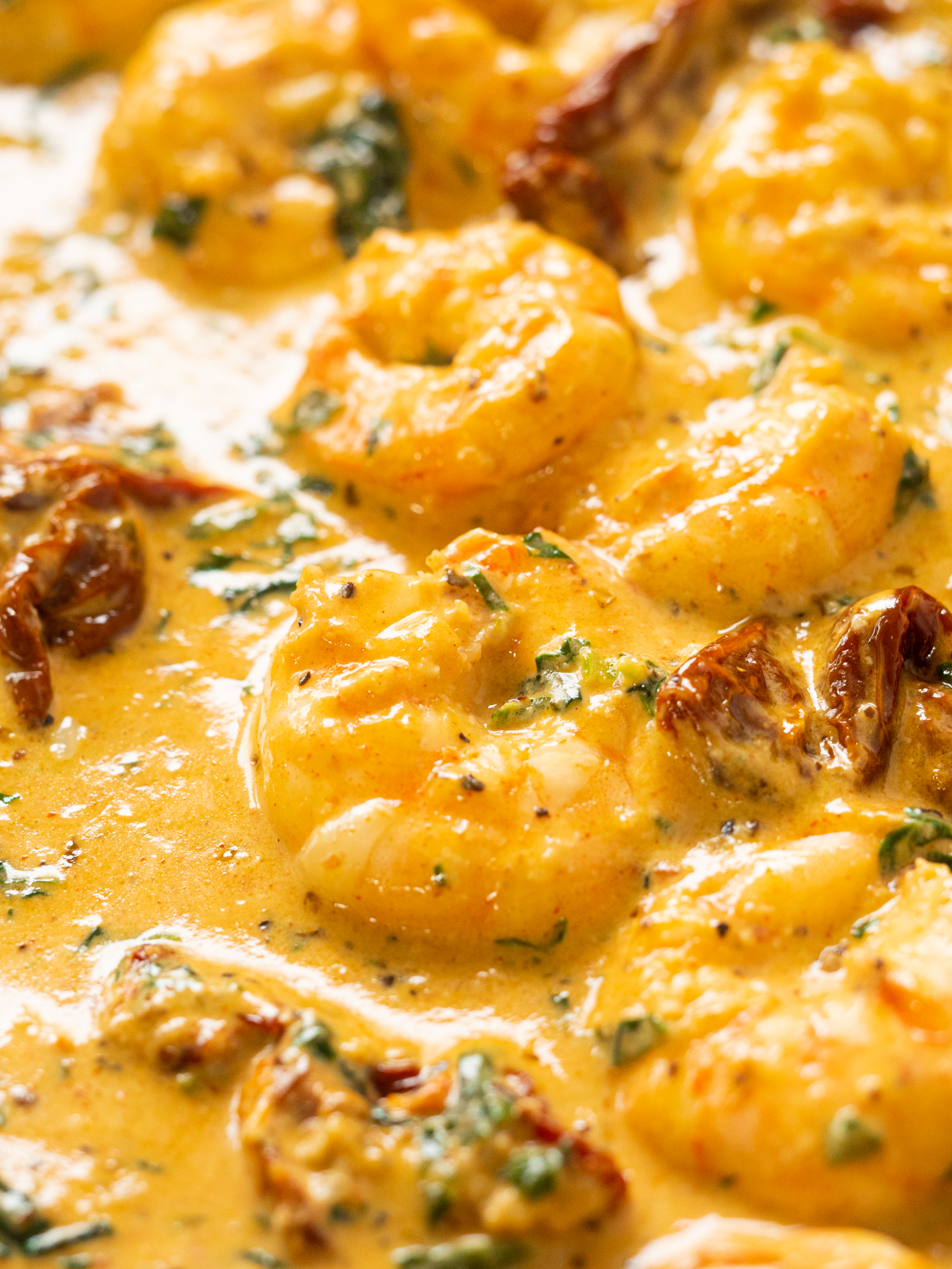 This really couldn’t be simpler to make, which is always good news when something also tastes as good as this does. You start by sauteeing some shrimp in butter, which should only take about five minutes until they’re opaque but still pink. 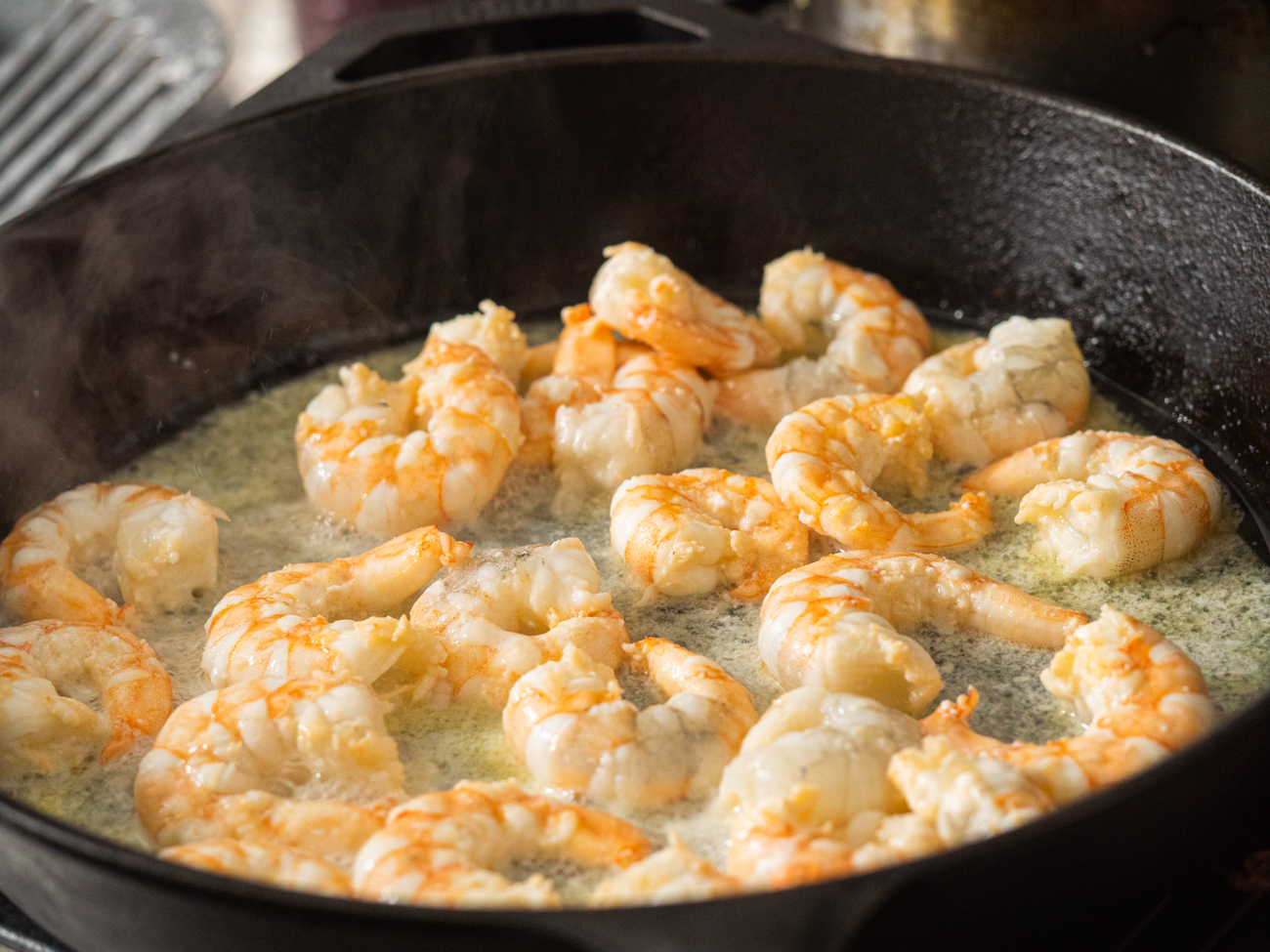 You set the shrimp aside while you build the sauce, which is really just a matter of letting some garlic get fragrant in the pan before stirring in cream, lemon juice, and sun-dried tomatoes. 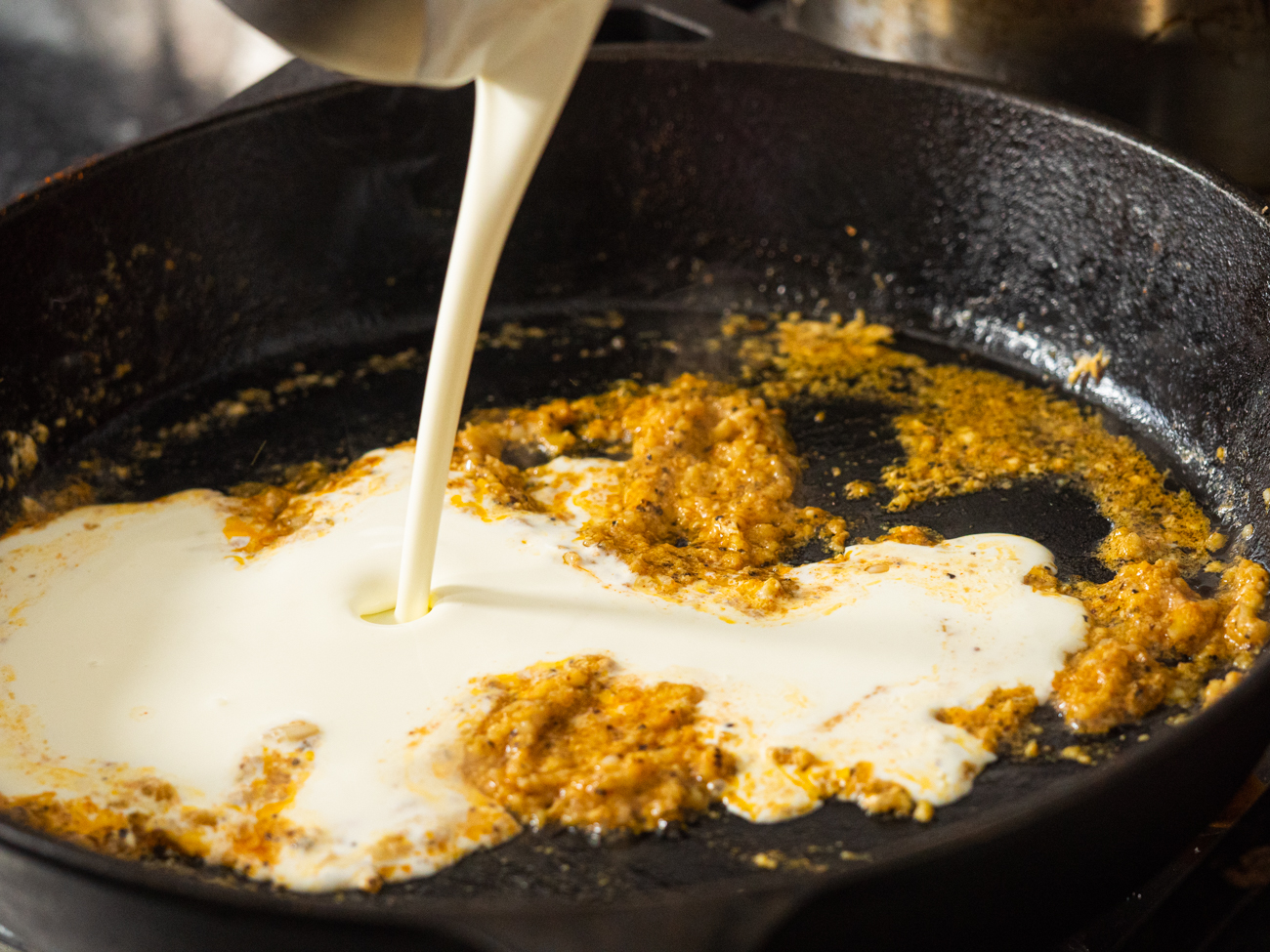 The shrimp head back into the pan just long enough to heat up and they’re joined by some spinach, to keep things at least a little green. 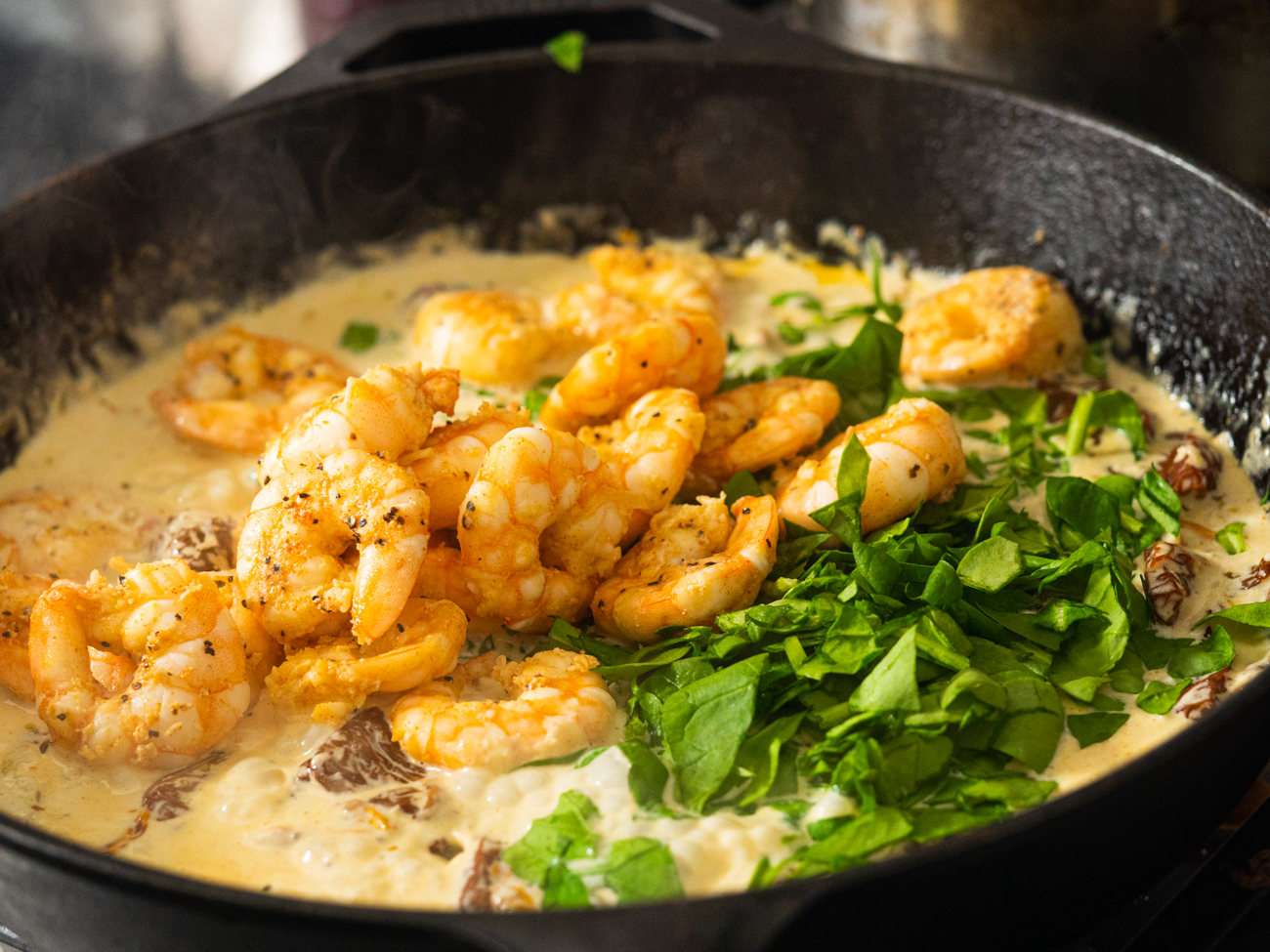 All that’s left to do is eat! It’s a quick dish, but it’s so layered with flavor that it tastes like it took much longer. (And as ar as I’m concerned, that’s the best kind of recipe to have in your arsenal.) 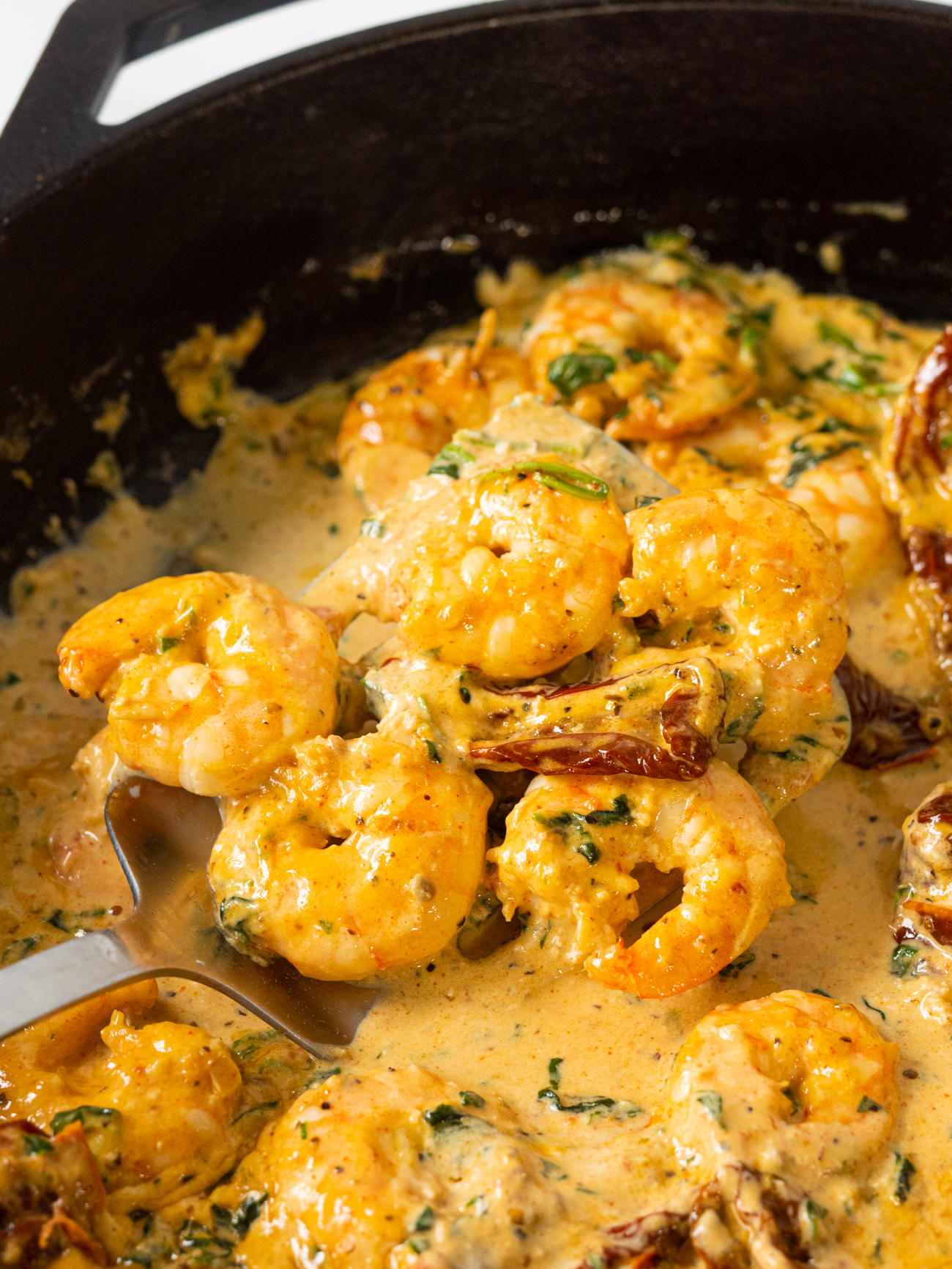