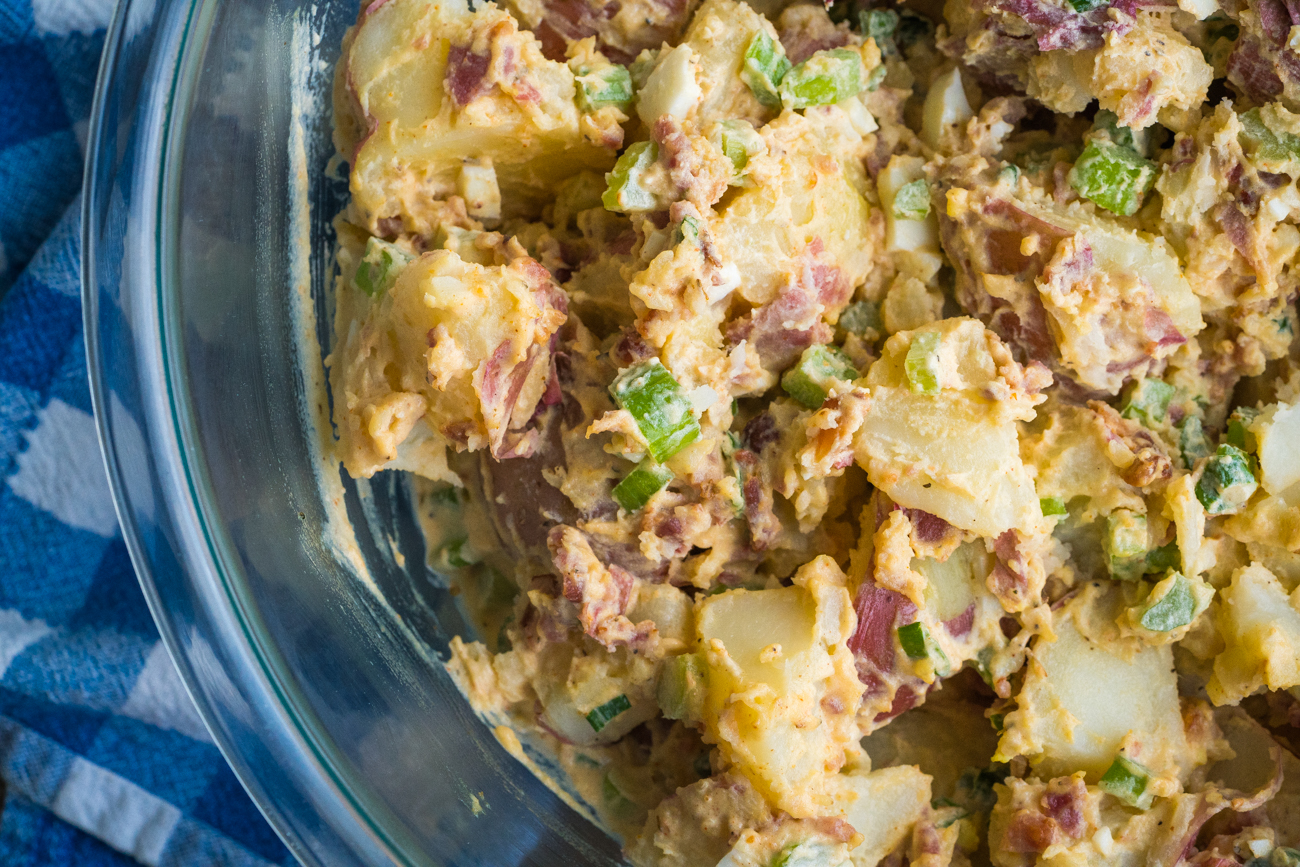 When I think of a picnic or a summer potluck, the first dish that comes to mind is potato salad. No matter who’s hosting or who’s attending, you can be pretty darn sure that the roster includes a potato salad. It’s ubiquitous. And why not? It’s tasty, everyone likes it, and it’s easy to make (or just pick up from the deli counter). Even so, it never seems to be the standout of the spread. No, instead, it tends to fade into the background as a dependable, everyday kind of side dish. This Creamy Creole Potato Salad, on the other hand, does no such thing. It’s so flavorful, creamy, and unforgettable that it’s a true side-dish superstar. 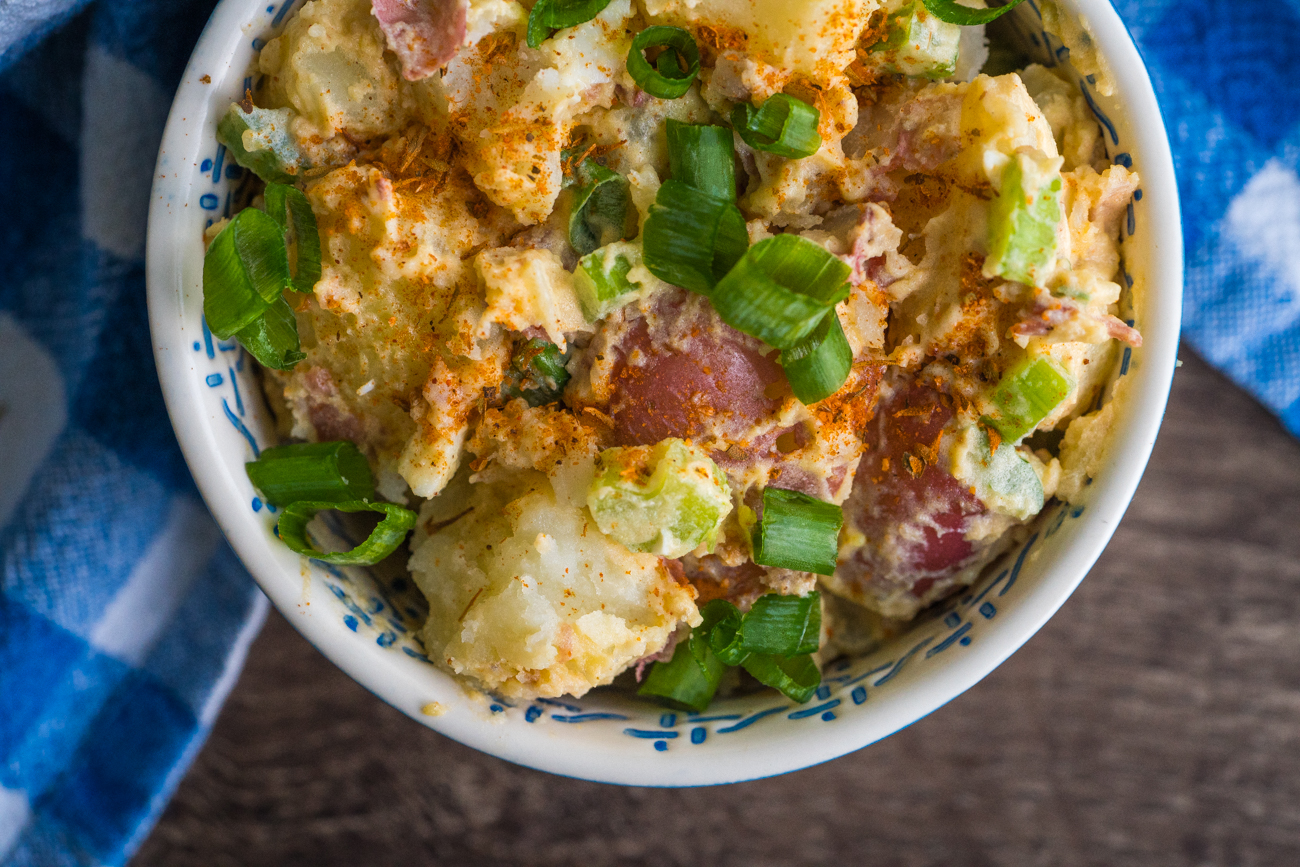 It starts as any potato salad does… with potatoes, but it relies on unpeeled red-skinned potatoes for a little extra interest. There are other usual suspects here, like hard-boiled eggs and celery, mayo and sour cream, but that’s where the ‘usual’ business stops. The other components – crispy crumbled bacon, creole seasoning, and green onion – add so much savory, bright flavor to every bite. 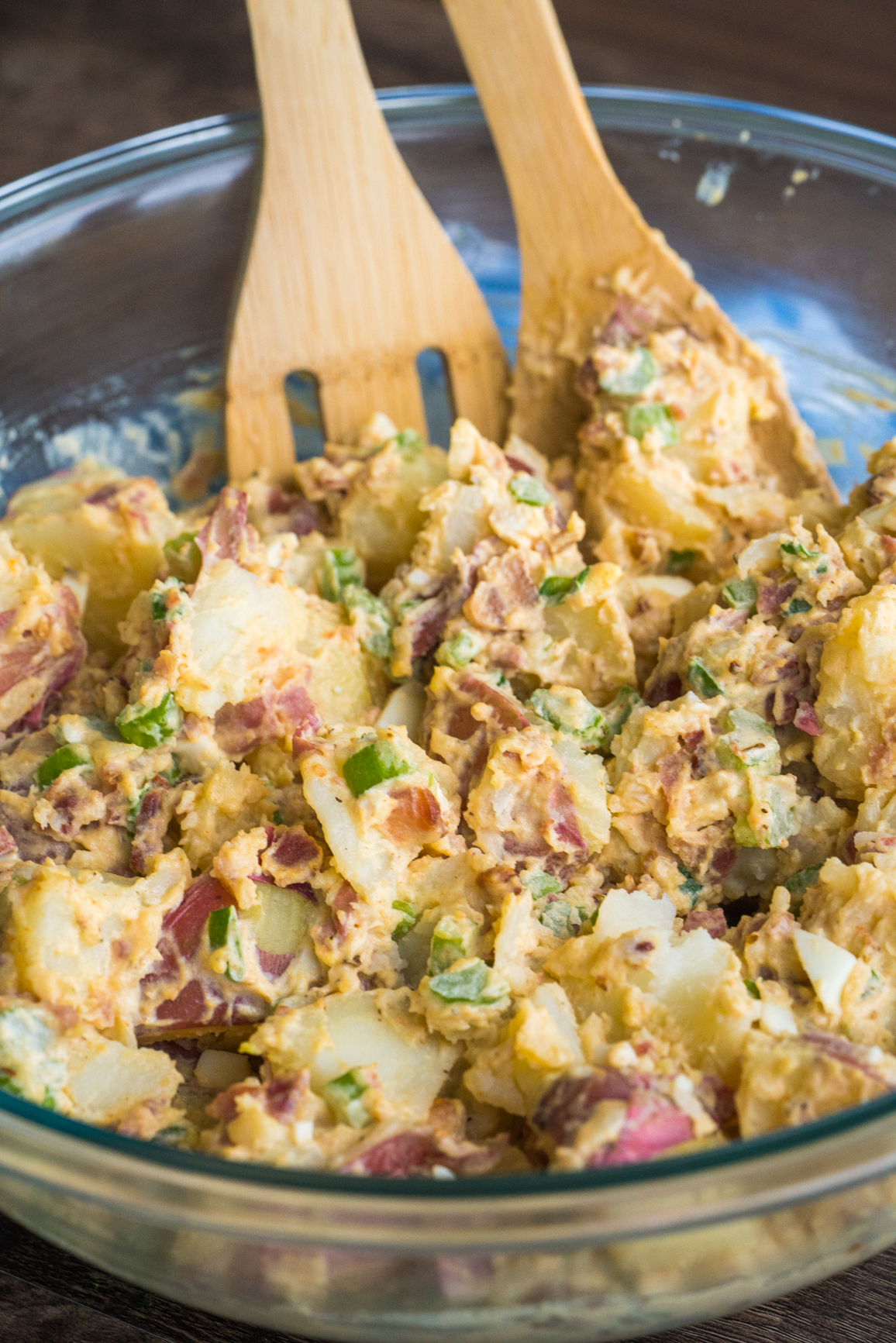 No one likes a dry potato salad, and this one is anything but. The combination of mayo and sour cream keeps things so creamy, but not too heavy, while a dollop of Dijon mustard keeps a subtle tang running throughout. 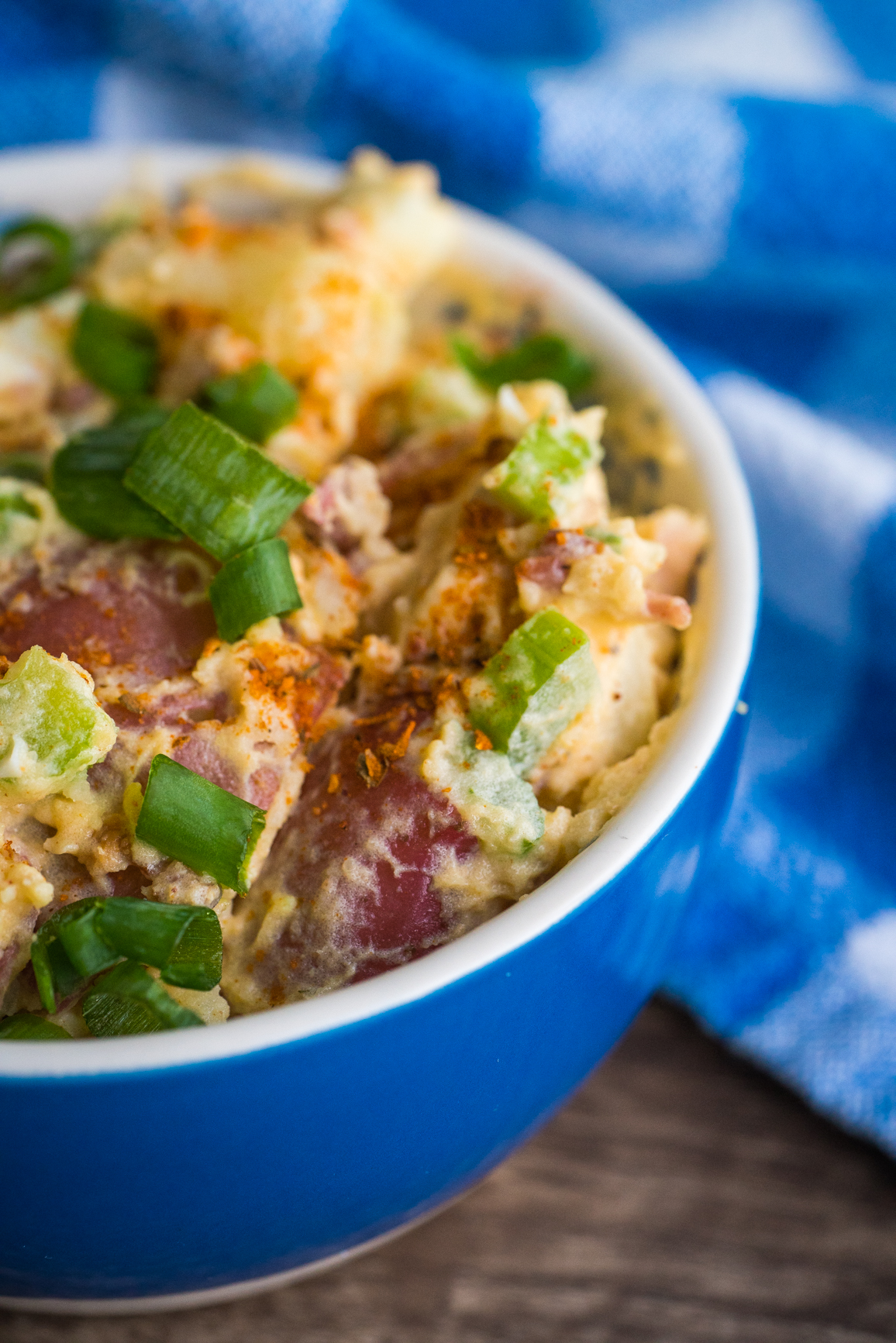 The most important player here though is the Creole seasoning. It adds a smoky, herby quality that’s singular to this potato salad recipe. It brings it leaps and bounds above the basic spuds you’re used to. (You might find it under the name Cajun seasoning, but those are totally interchangeable here.) 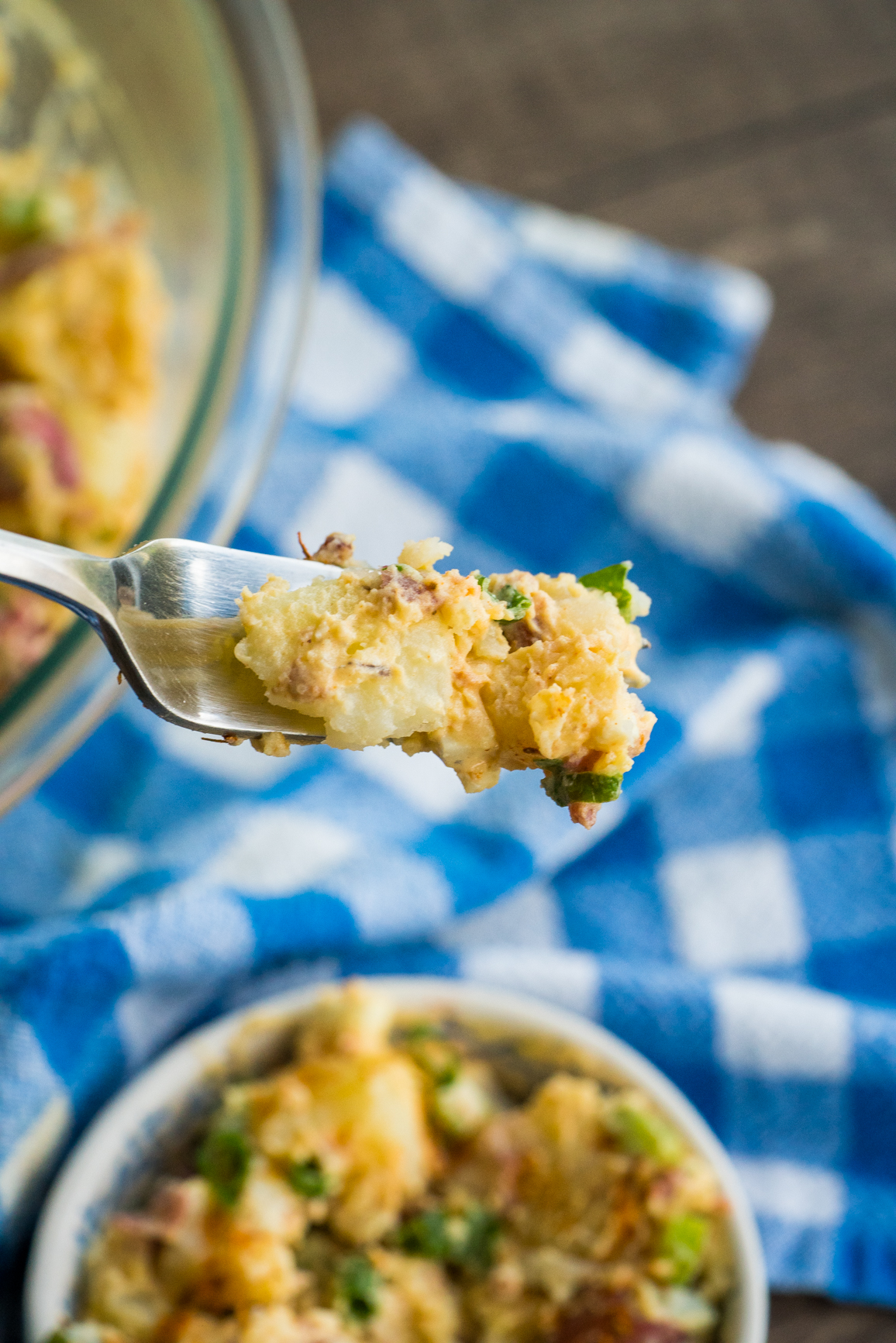 The whole thing comes together so beautifully. The creaminess balances the zest of the Creole seasoning, while the bacon and green onion play off of the subtle bite of the humble potato. All in all, it’s the kind of potato salad that steps into the limelight. No supporting role here. 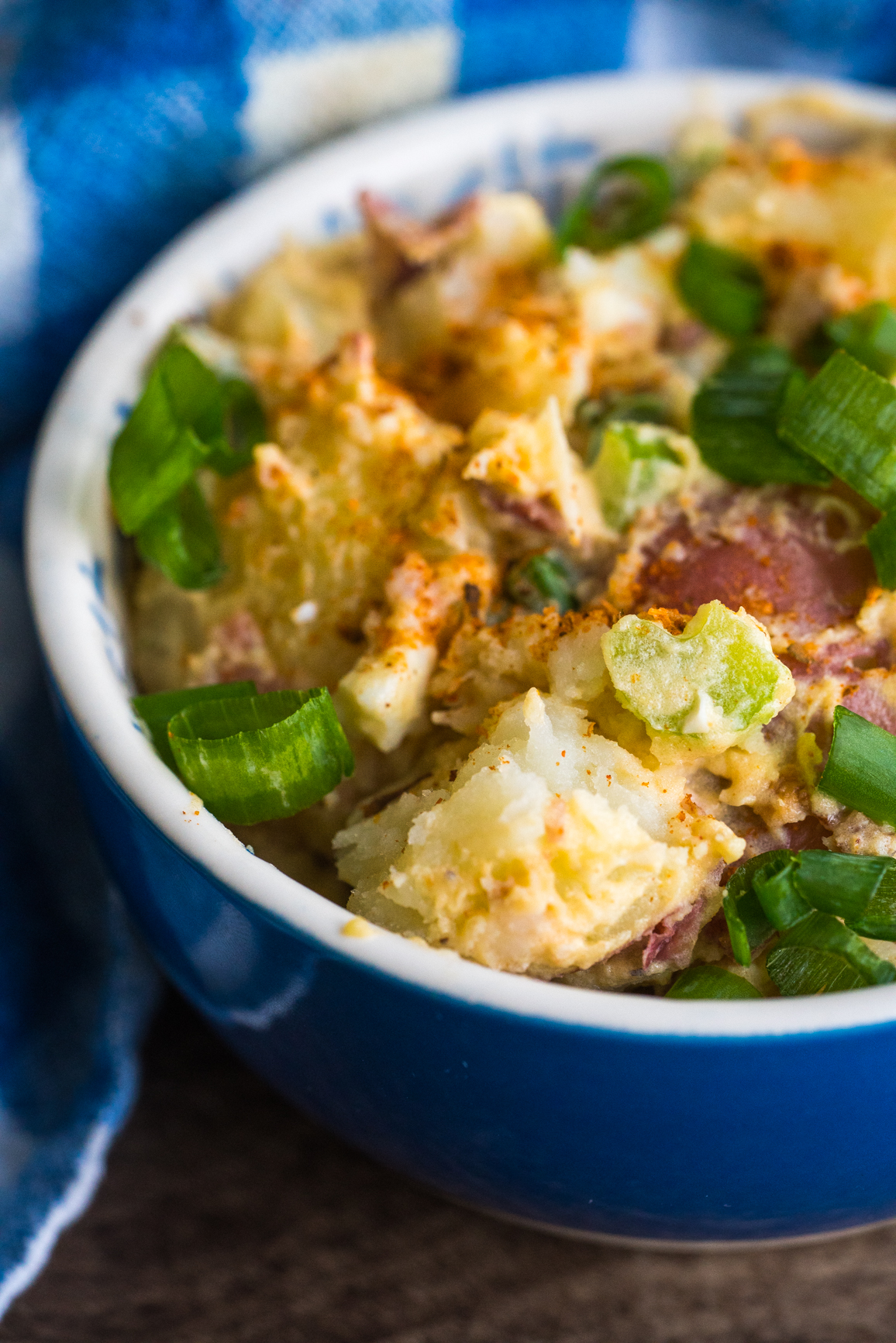