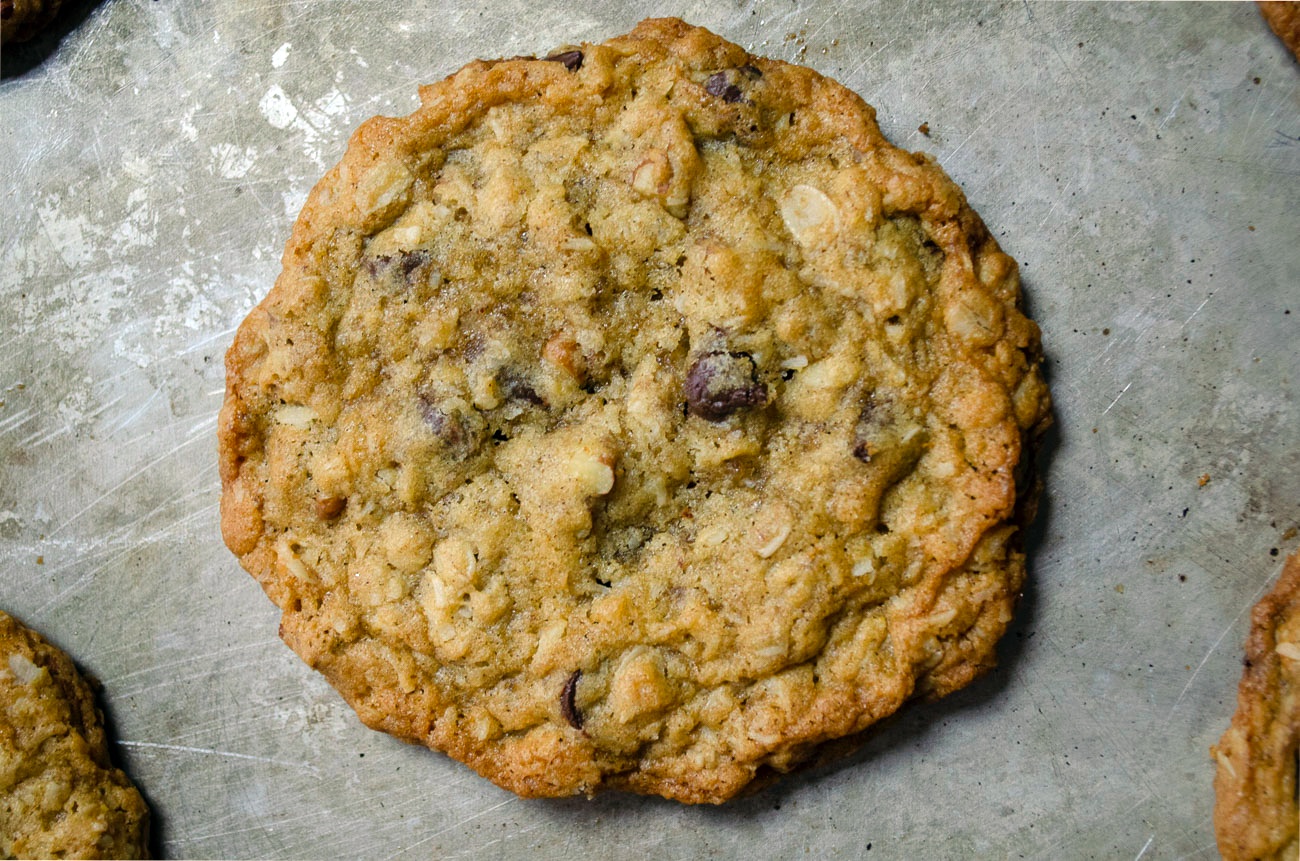 Since 1992, Family Circle magazine has hosted what is basically a presidential bake-off – but in print. Every election cycle, the two potential first ladies submit their best cookie recipe and readers vote on their favorite one. (And except for a few outliers this cookie bake-off tends to accurately predict the outcome of the actual election!) In 2000, Laura Bush submitted this recipe for her Texas Governor’s Mansion Cowboy Cookies while Tipper Gore put up her Ginger Snaps. Laura’s Cowboy Cookies won by a landslide and have since become Family Circle’s most widely circulated presidential cookie recipe. 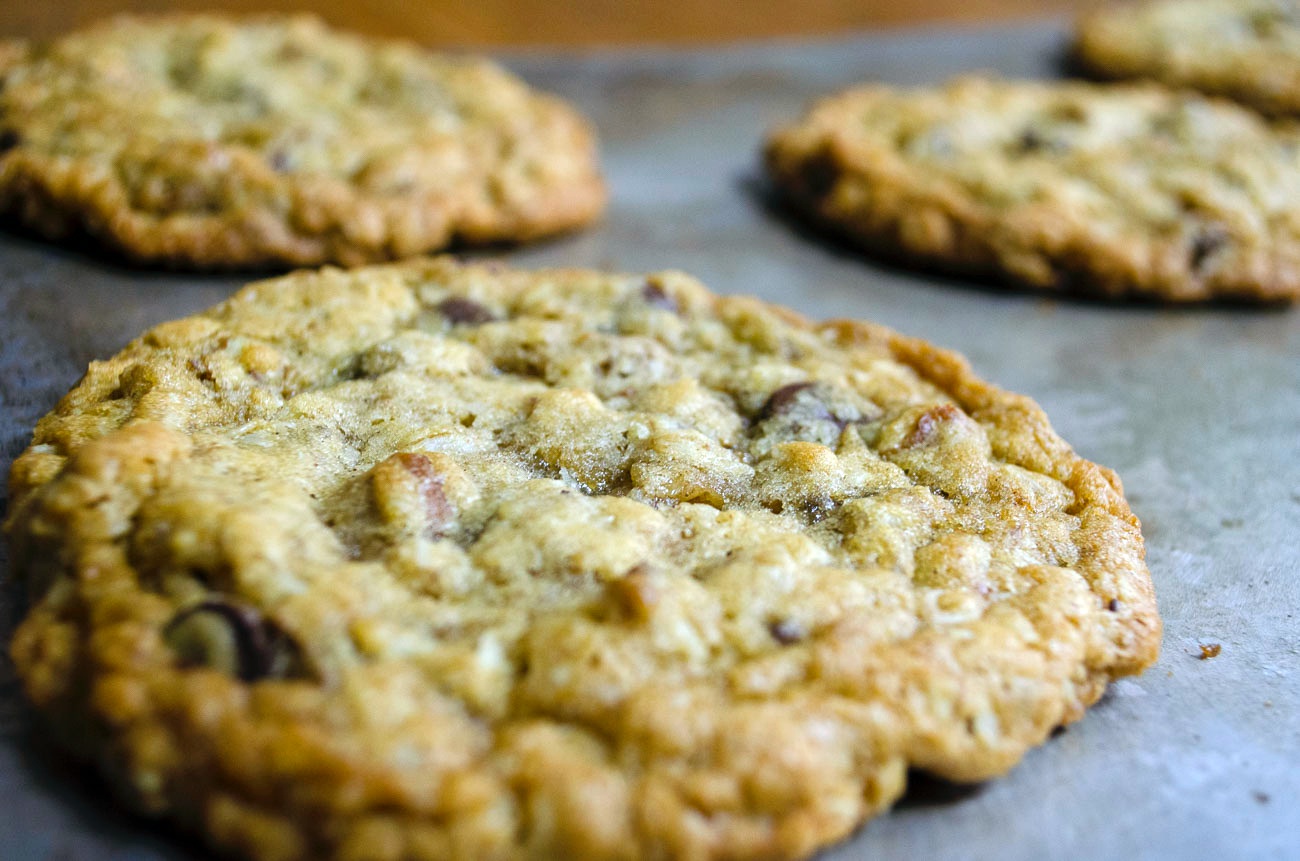 And it’s easy to see why. These cookies are GOOD. They’re a chocolate chip cookie… but a chocolate chip cookie that’s been loaded with a few other ingredients that bring in a ton of extra texture and flavor. They’re big (as most things in Texas tend to be) and I can promise that every time you hand them out, you’ll end up with multiple requests for the recipe. 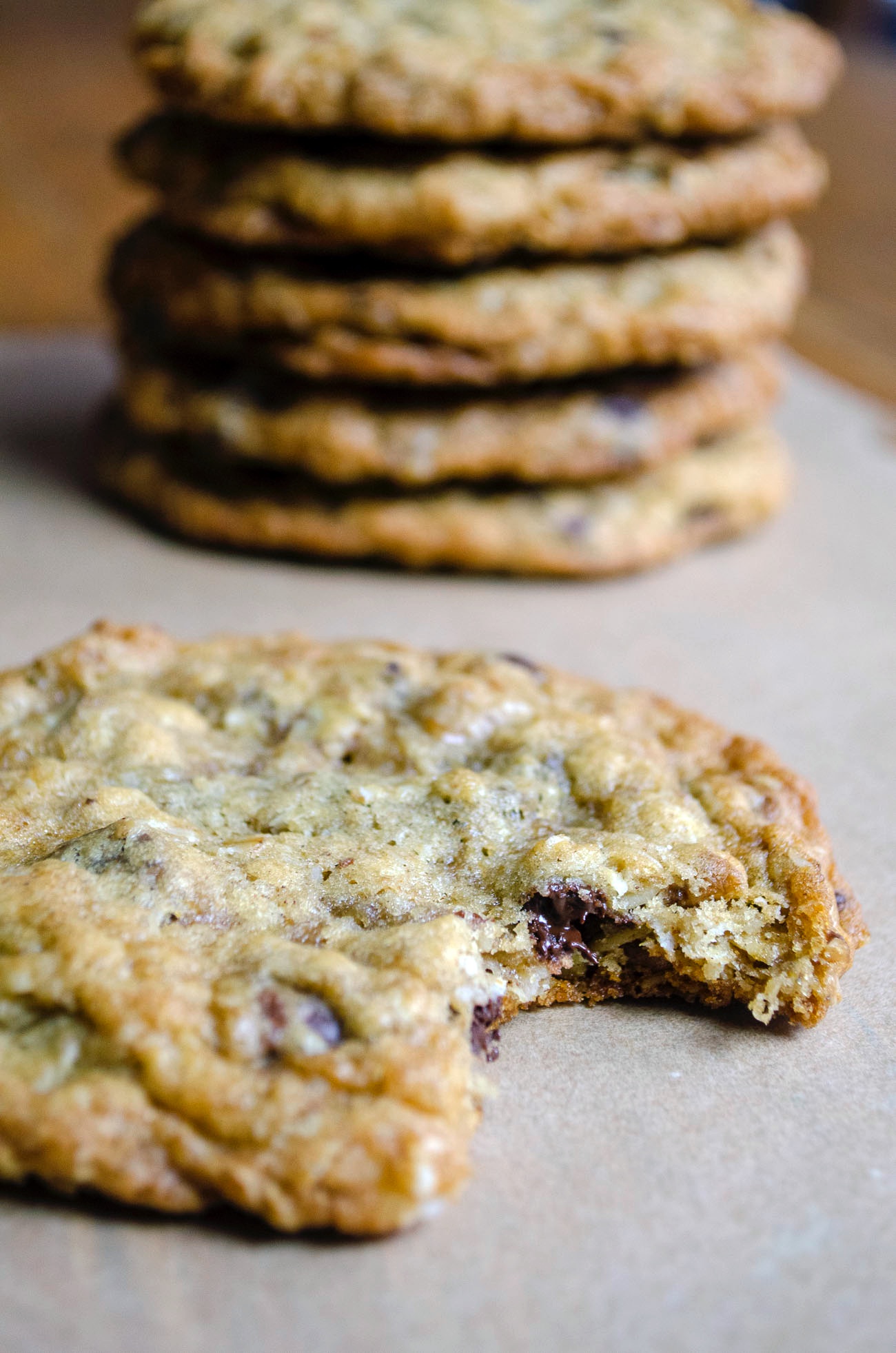 I’ve been making them for years and I’ve found that they’re pretty much universally loved. On one occasion I made them for my mother-in-law to bring to an event. She placed them on the dessert table when she arrived, and she said that so many people snuck to the back of the room during the speaker’s presentation to grab one that there were none left for the reception afterward. (And this recipe makes three dozen.) 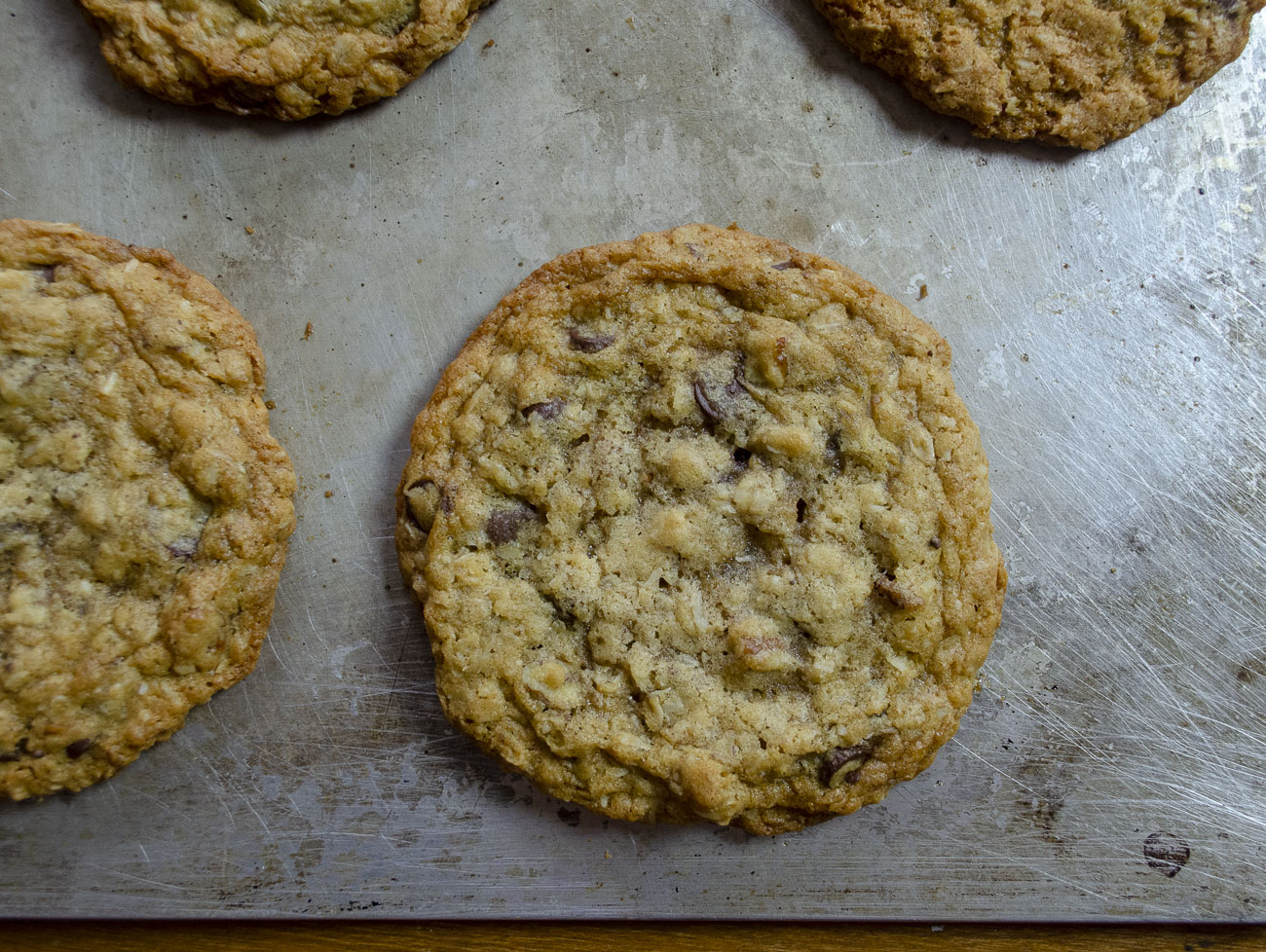 The recipe starts as a basic chocolate chip cookie recipe but then folds in shredded coconut, rolled oats, chopped pecans, and cinnamon. That’s ten cups of additions stirred into the dough, so you’ll need your biggest bowl… and some sizable arm muscles. It’s a thick dough, but the end result is a cookie with a chew and texture that’s just positively unmatched. 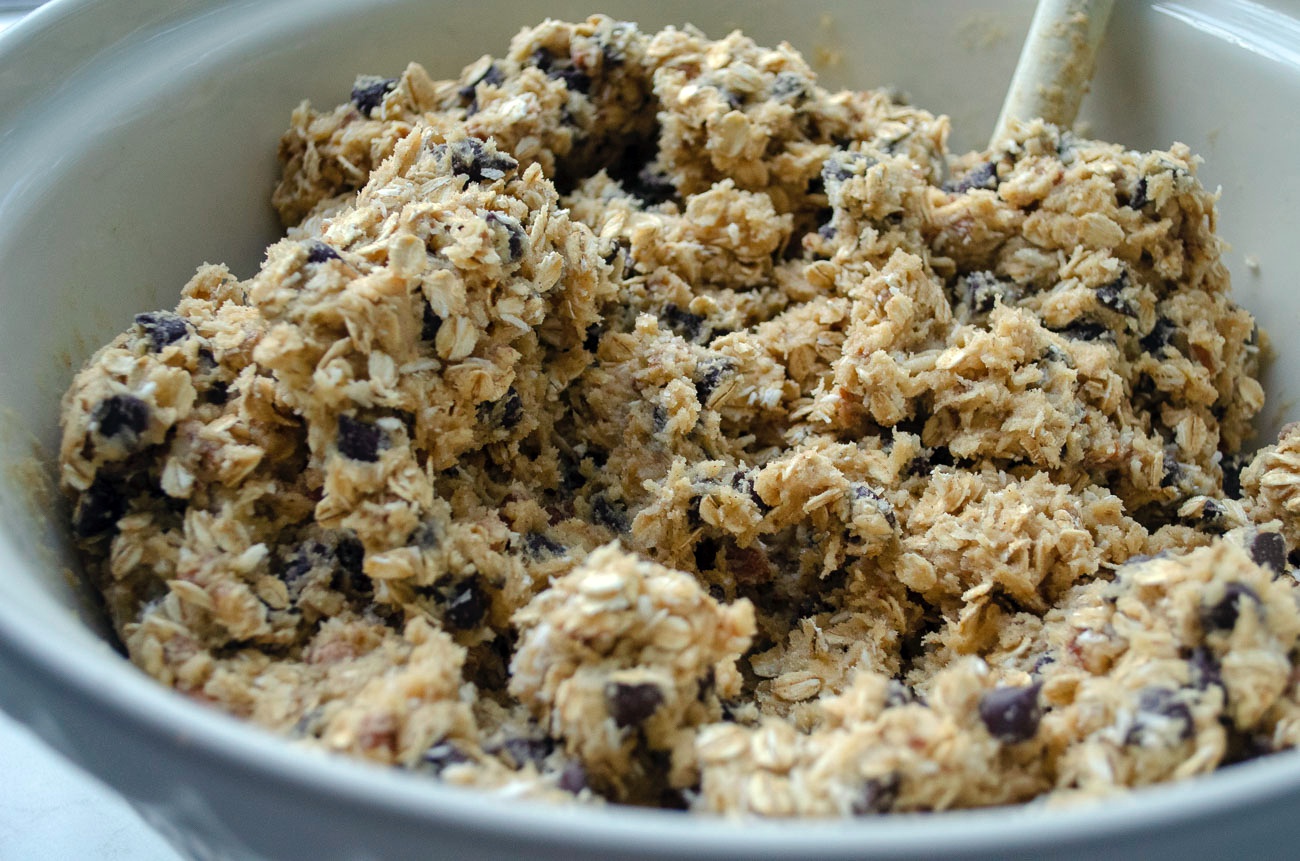 As mentioned before, these cookies are BIG. They’re scooped out in quarter-cup portions and placed three inches apart… 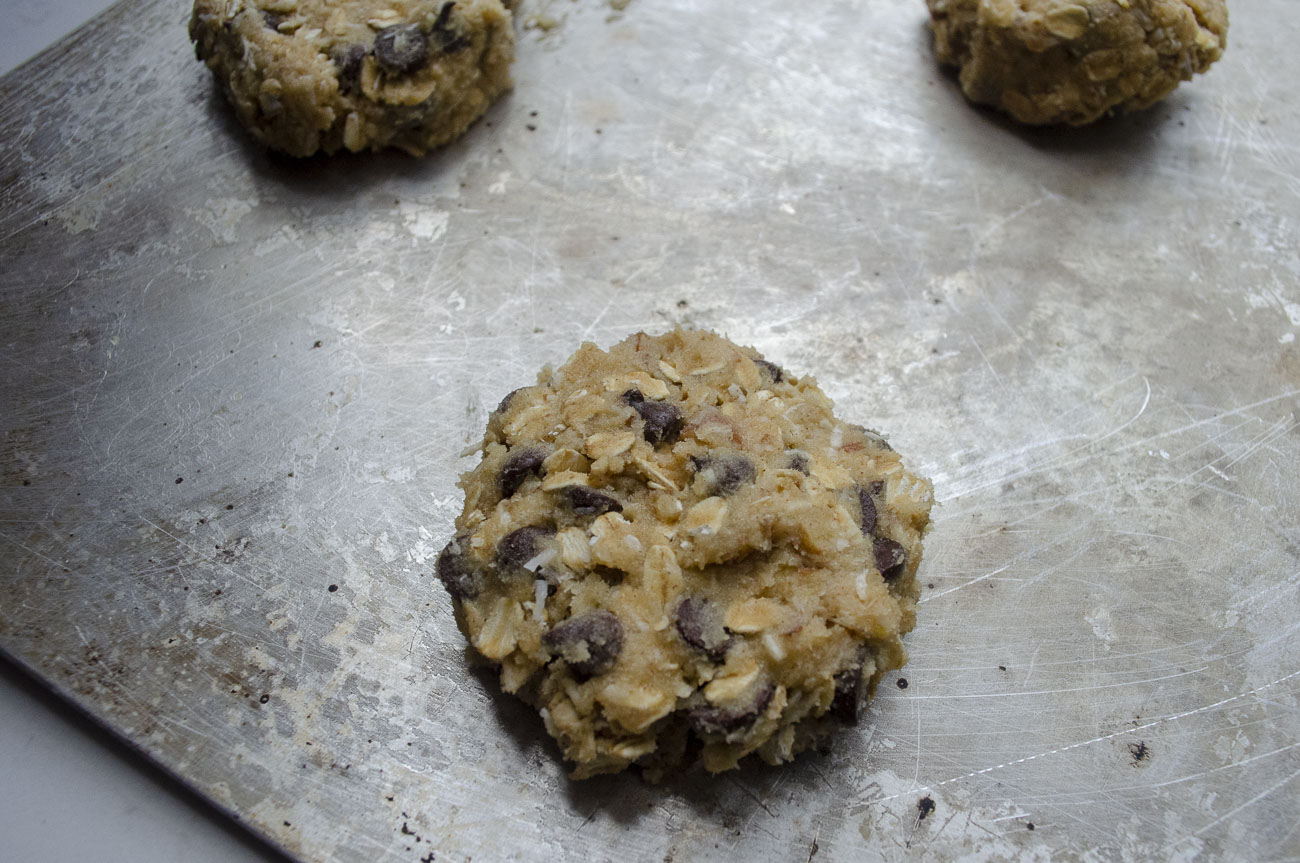 … but they spread out as they bake into a cookie with crisp edges and a soft center that’s thoroughly studded with extras. However, they’re extras that never feel extra. Instead, they work together in a seamless (and delicious) way for one absolute showstopper of a cookie. 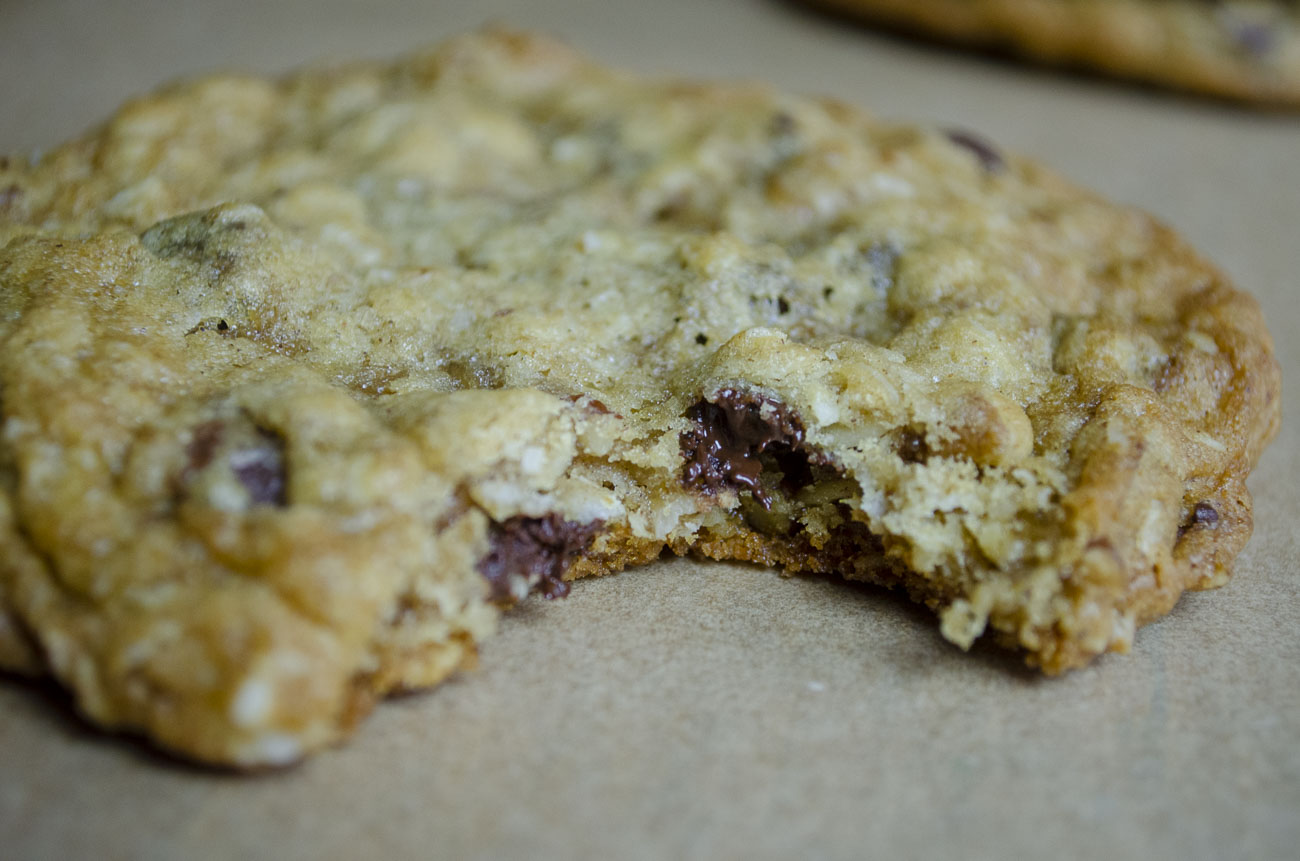