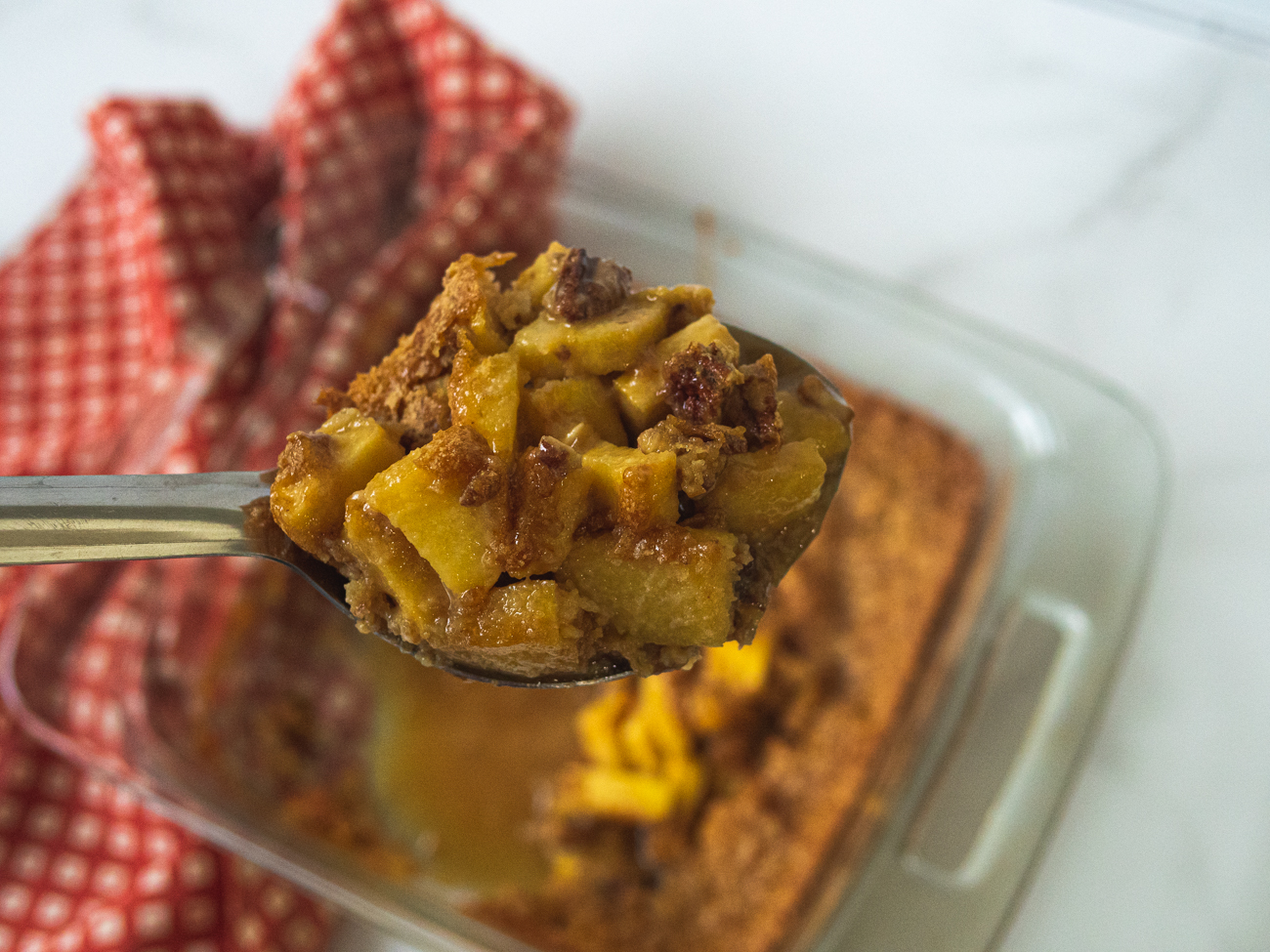 In a world full of chocolatey desserts, sometimes it can be really nice to have a fruit-based treat at the end of a meal. Charleston pudding is a wonderful alternative to a heavy confection, with crunchy pecans and a refreshing fruit flavor. This old fashioned pudding is in the tradition of bread pudding and plum pudding, but with the classic flavor of apples.

For this recipe you will need to make the batter before folding in the chopped apples and pecans. 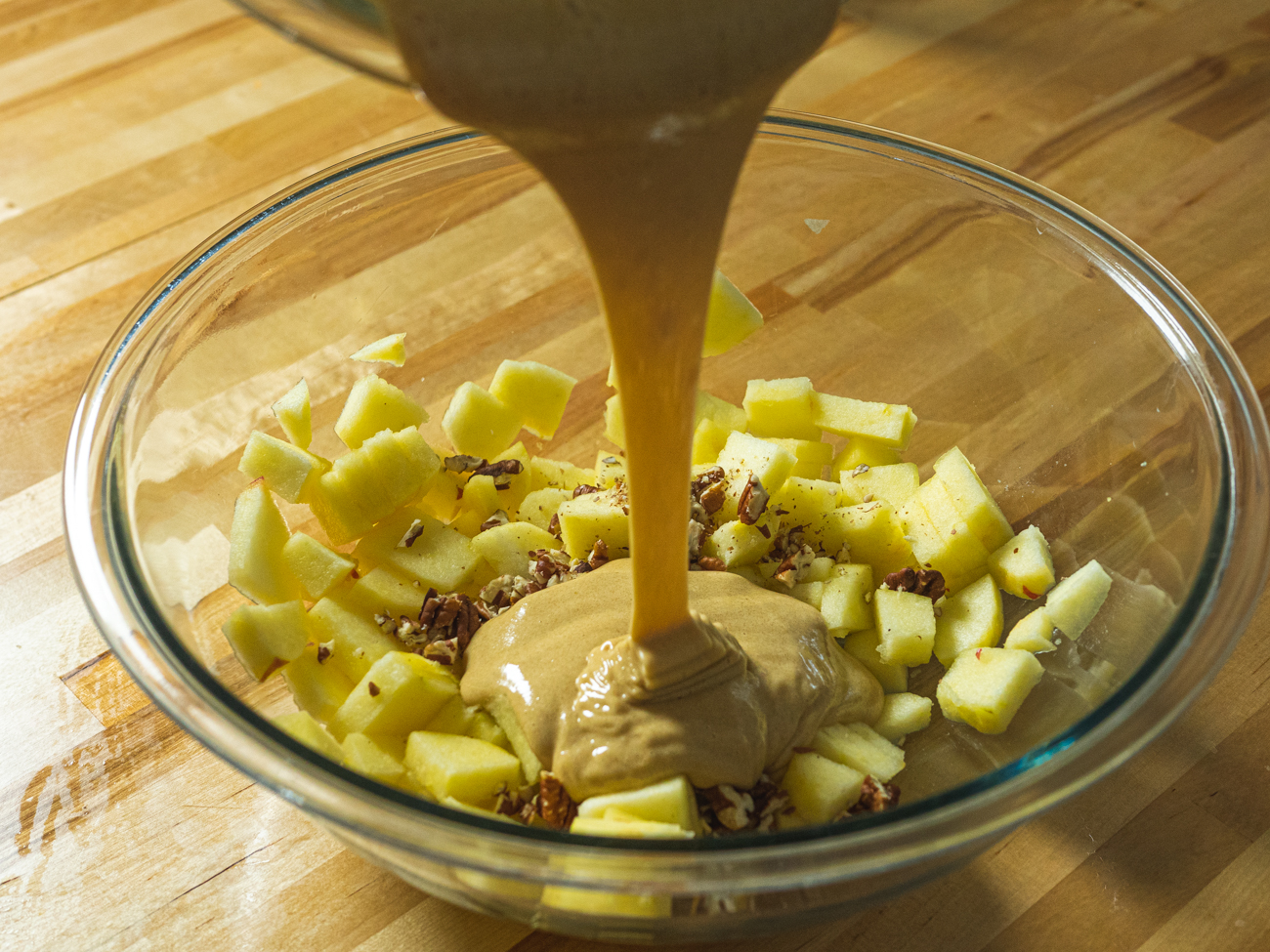 The recipe calls for apple brandy, but you can easily substitute rum or rum extract if you don’t happen to have any of this rather pricey booze on hand.

After everything is combined, pour the batter into a greased pan and bake until golden brown and slightly puffed up. 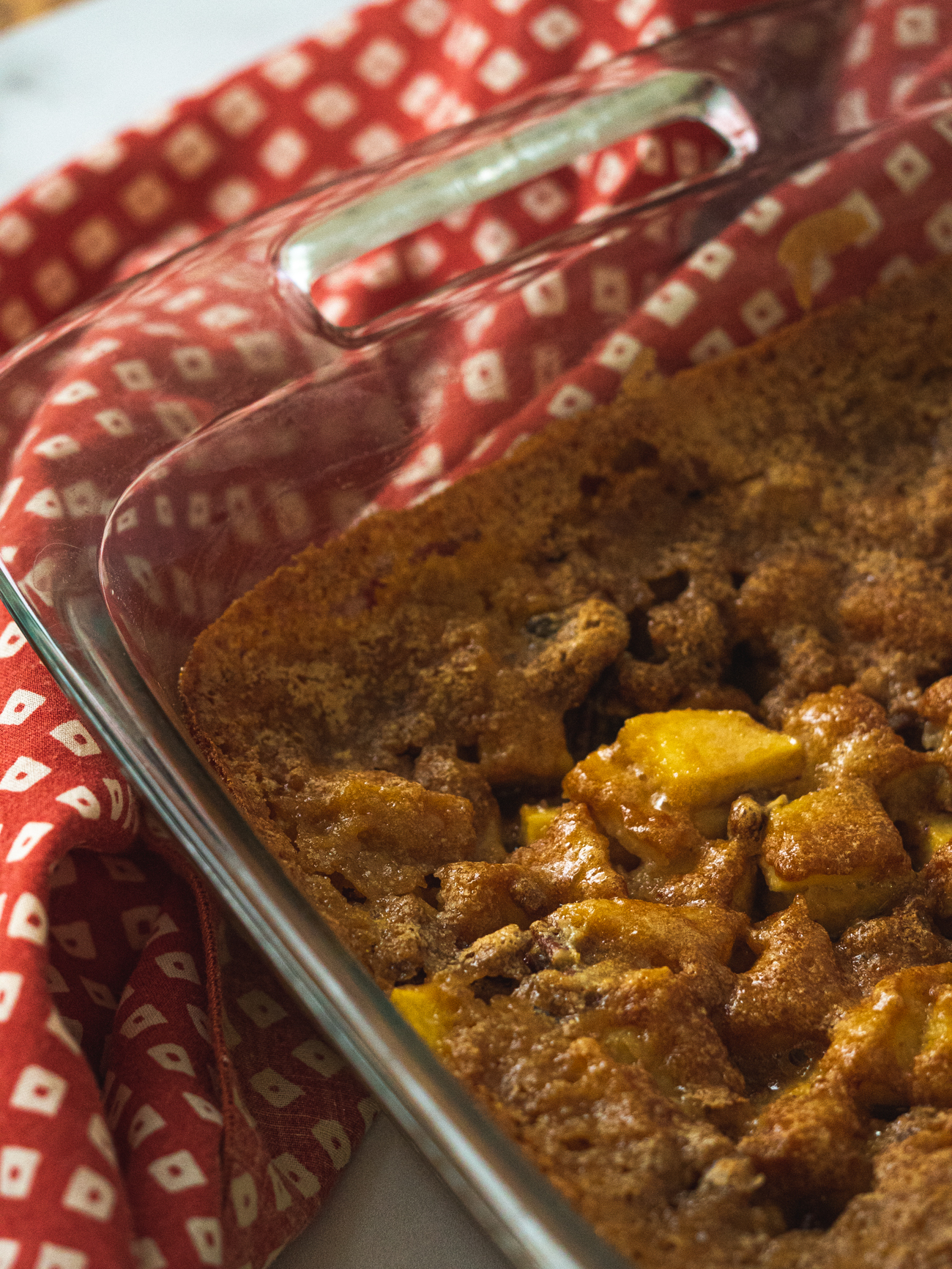 Charleston pudding is thought to have been adapted from Ozark pudding, a recipe which was carried across the U.S. to Charleston, South Carolina, by French Protestant immigrants known as Huguenots. Since then it has been taste sensation common in the South.

As early as the 1850s a recipe for this delectable could be found in recipe books, with quite a hefty amount of brandy in the batter (a wineglass full) added and a sauce made from butter and sugar. However, a modern take on this suggestion is to serve Charleston pudding with a scoop of vanilla ice cream and/or a dollop of whipped cream. 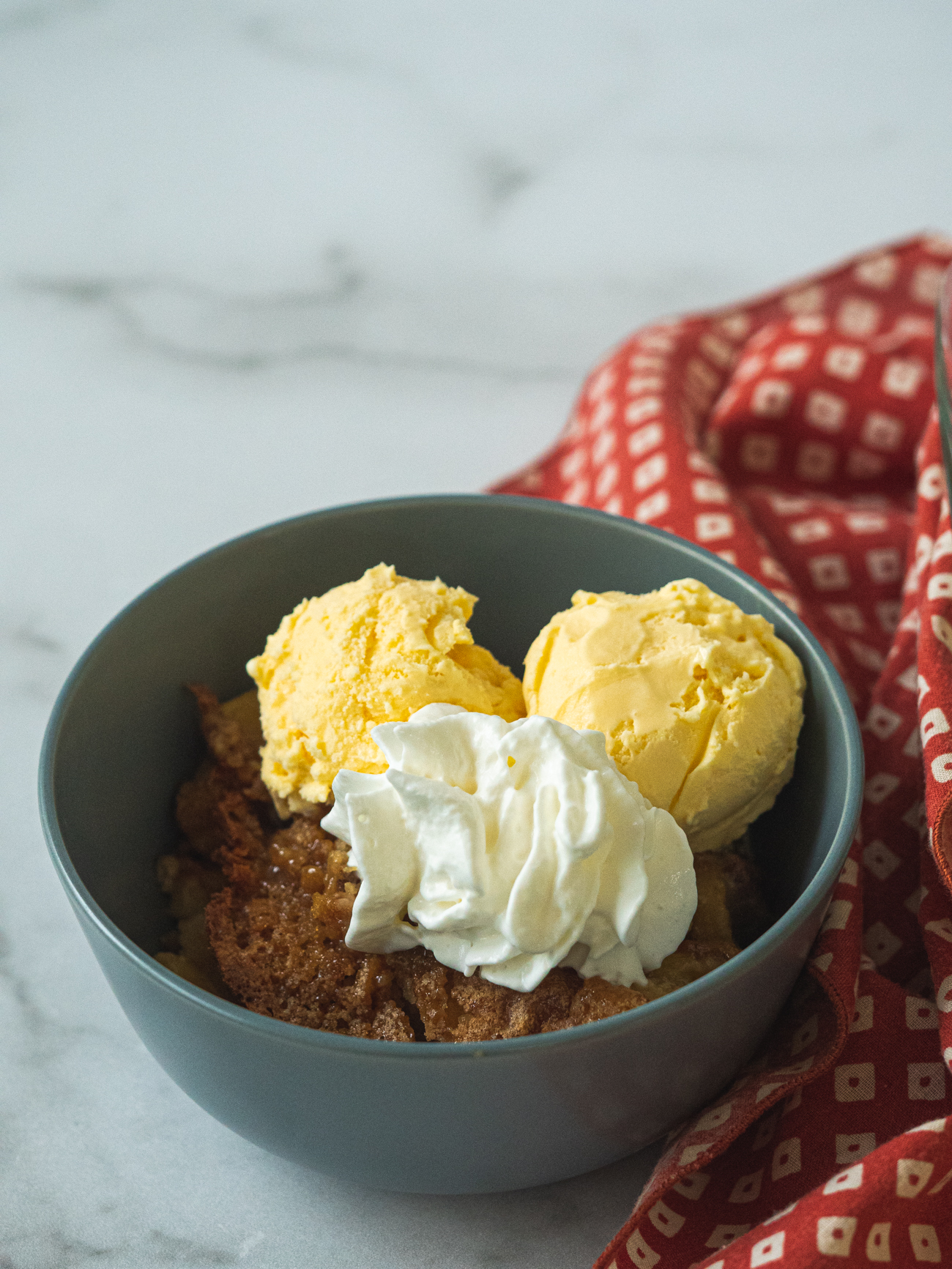 It’s an uncomplicated recipe, but one that’s really delicious. This one is well worth the effort. 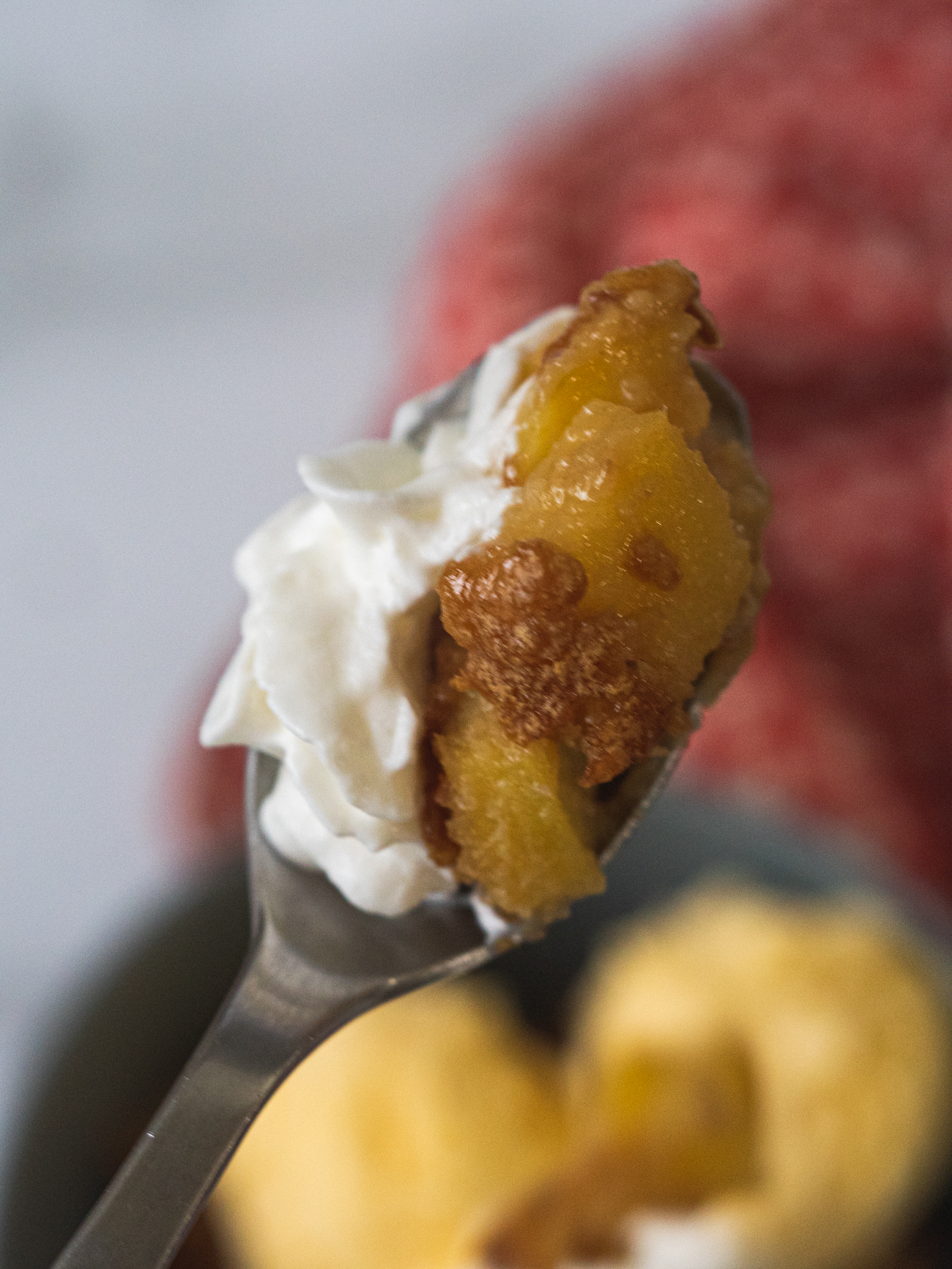 Recipe adapted from I Cook Stuff.