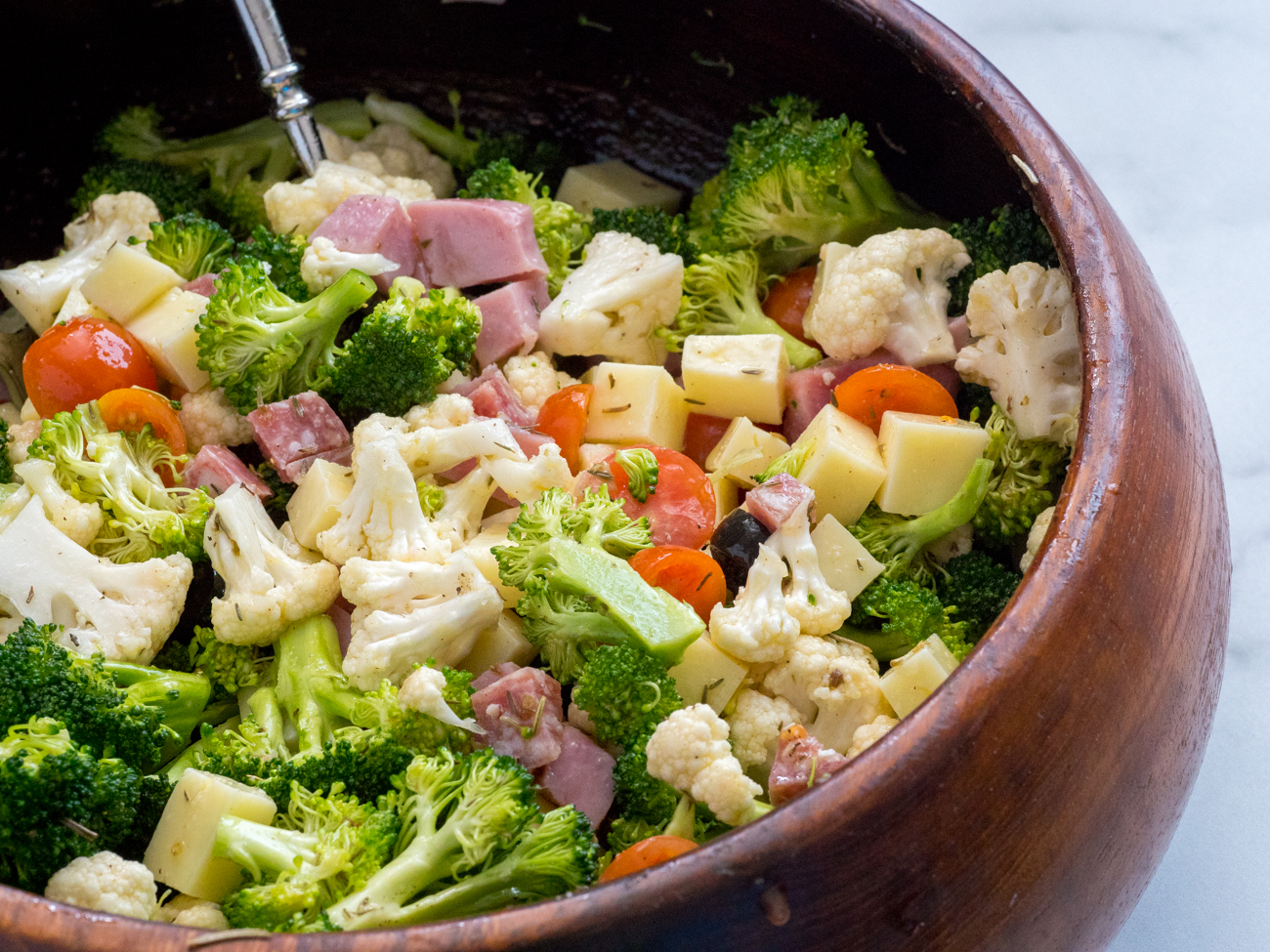 Salad doesn’t always have to be leafy and light. In fact, this salad is almost the opposite. It’s full of cubed ham and salami and satiating olives and cheese, so it’s definitely hearty enough that you can make a meal out of it, but it’s still packed with plenty of veggies and nutrients. While it’s sturdy enough for make-ahead lunch prep, it also makes a great side dish at any potluck or party. (And it’s just really, really yummy. Which is what matters most, right?) 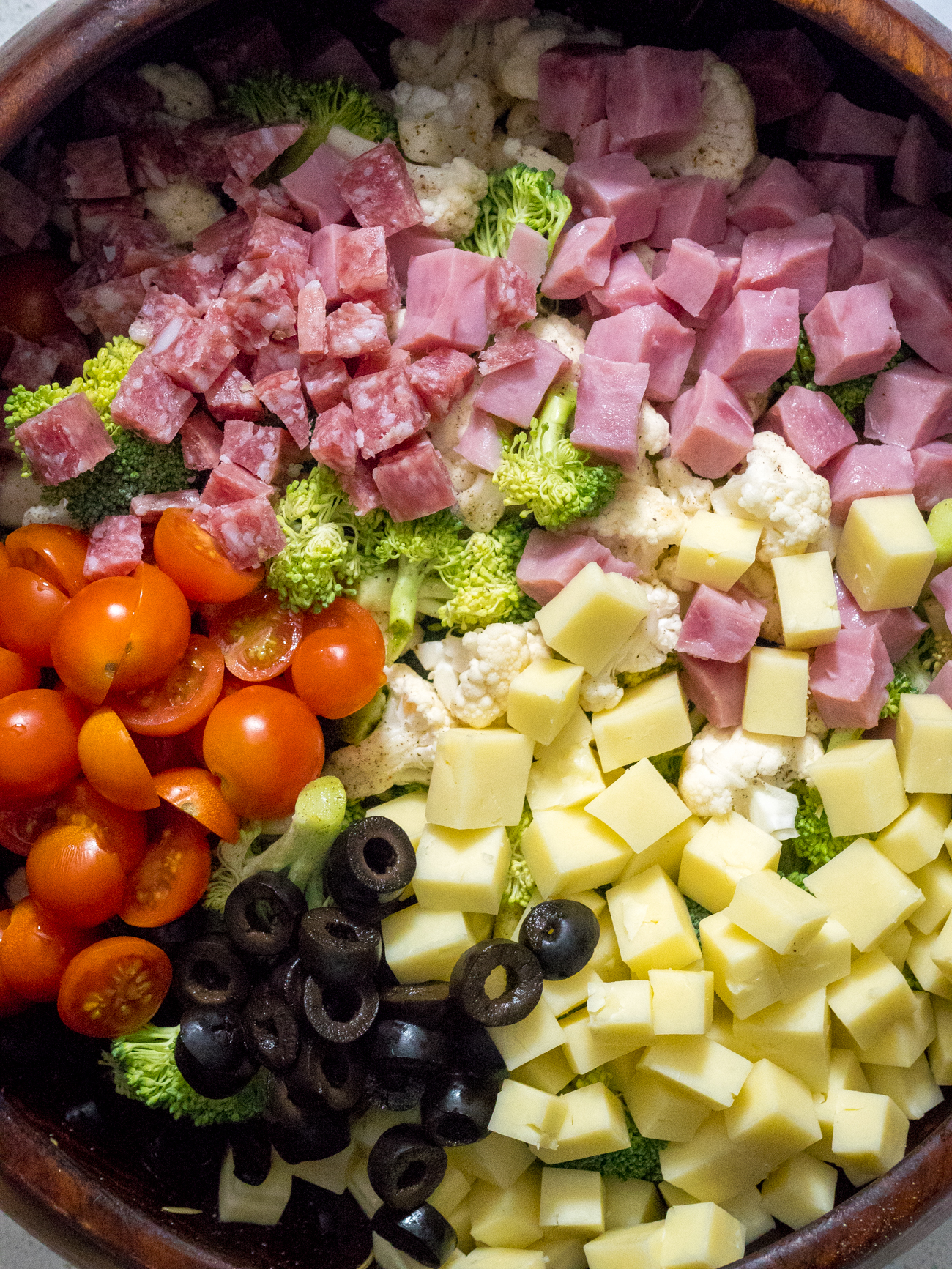 Rather than relying on lettuce, the veggie base here is cauliflower and broccoli, which means you still get a lot of crunch, but it’s one with a heartier bite. There’s also plenty of cherry tomatoes tossed in, which add juicy bursts of sweetness throughout. 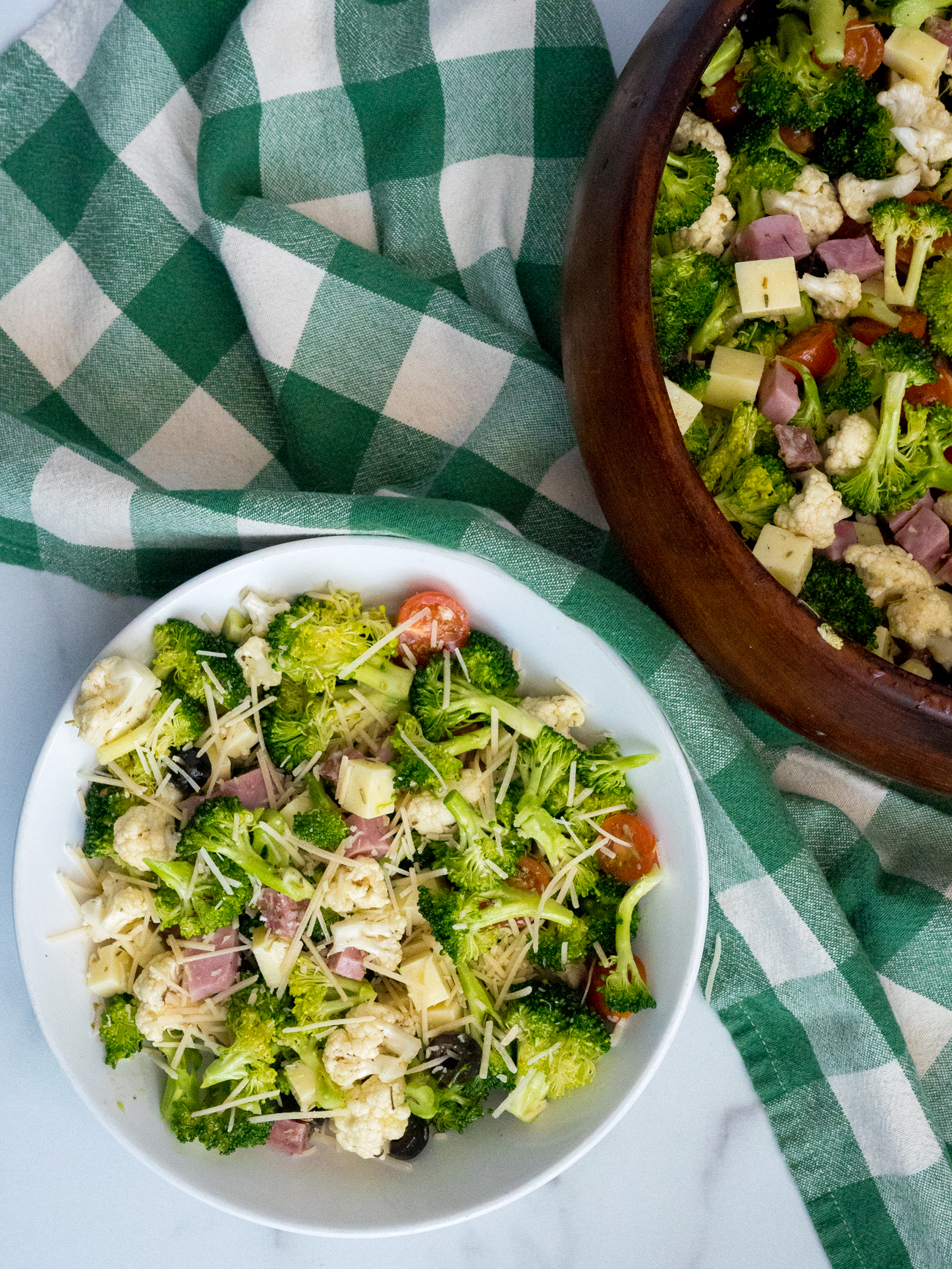 Ham, salami, olives, and mozzarella add enough fat and protein to fuel your day and plenty of savory flavor along with it. While the ham is a little sweet, the chunks of salami are salty and a little tangy. 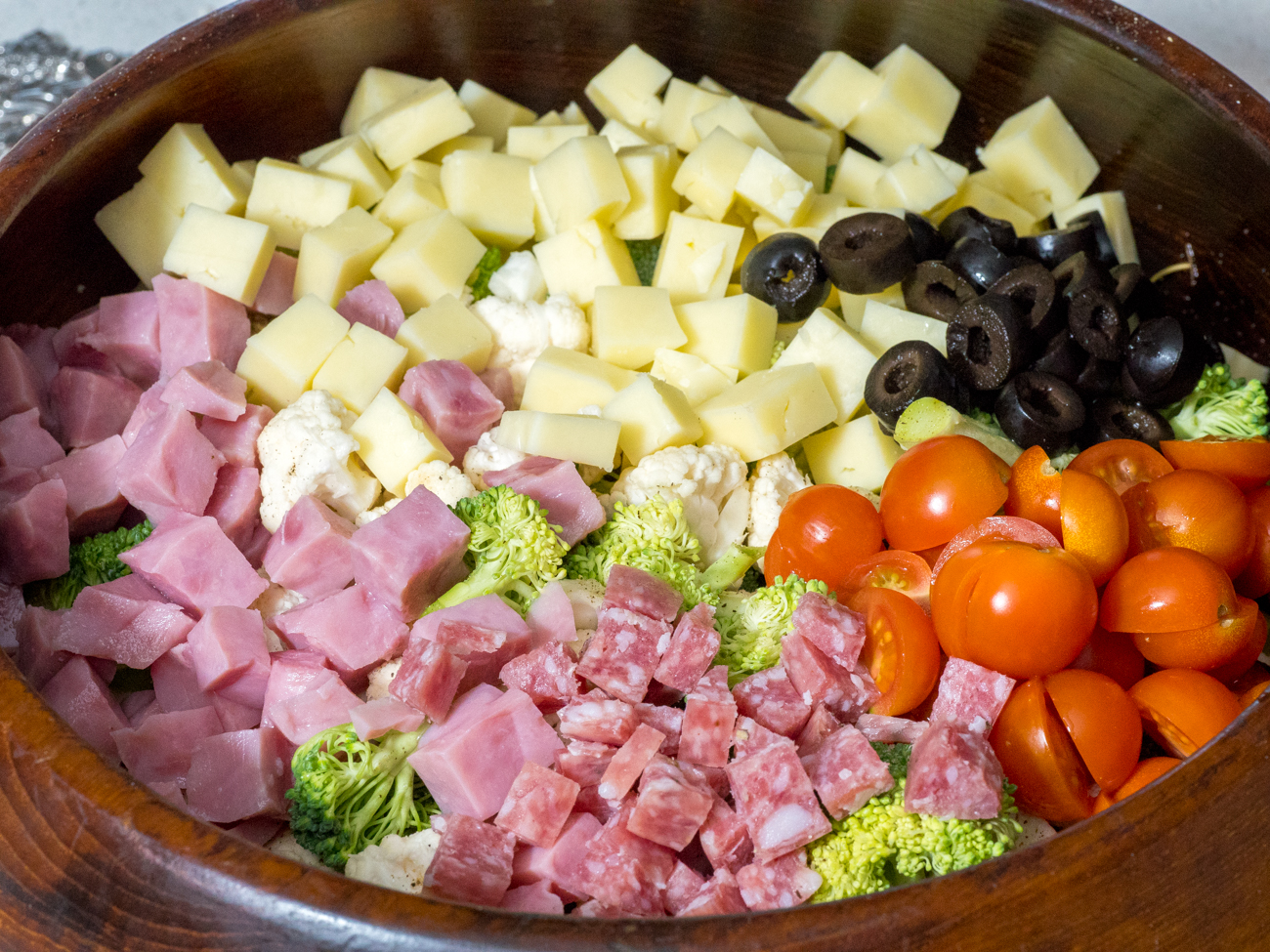 The dressing that ties this all together is a little tangy thanks to some apple cider vinegar but also has the herby trio of thyme, oregano, and rosemary to cut through all the meatiness. I love that this works so well for meal prep – the extra time chilling in the fridge doesn’t make anything soggy, it just helps the flavors meld. It’s a substantial salad, in more ways than one. 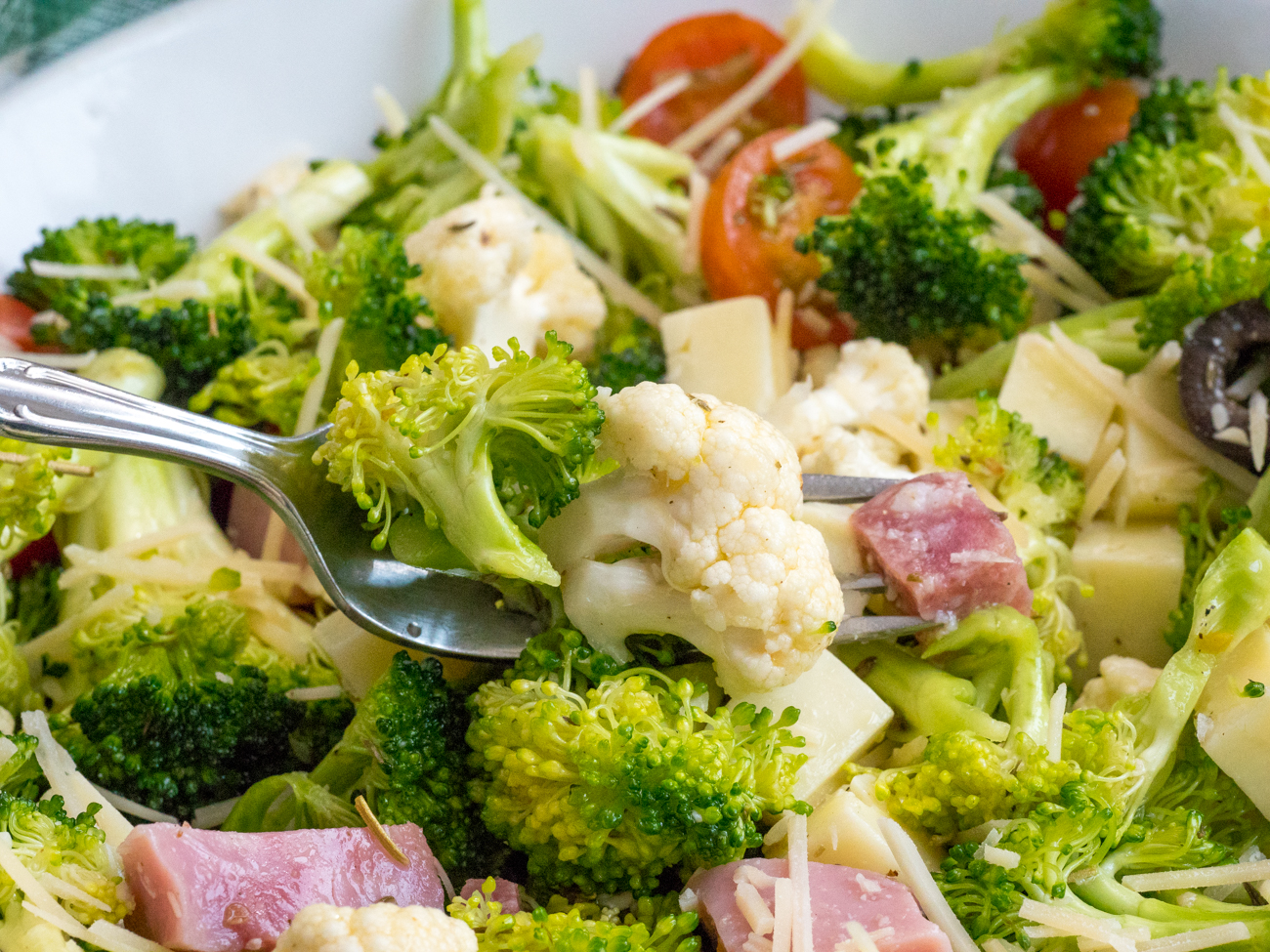