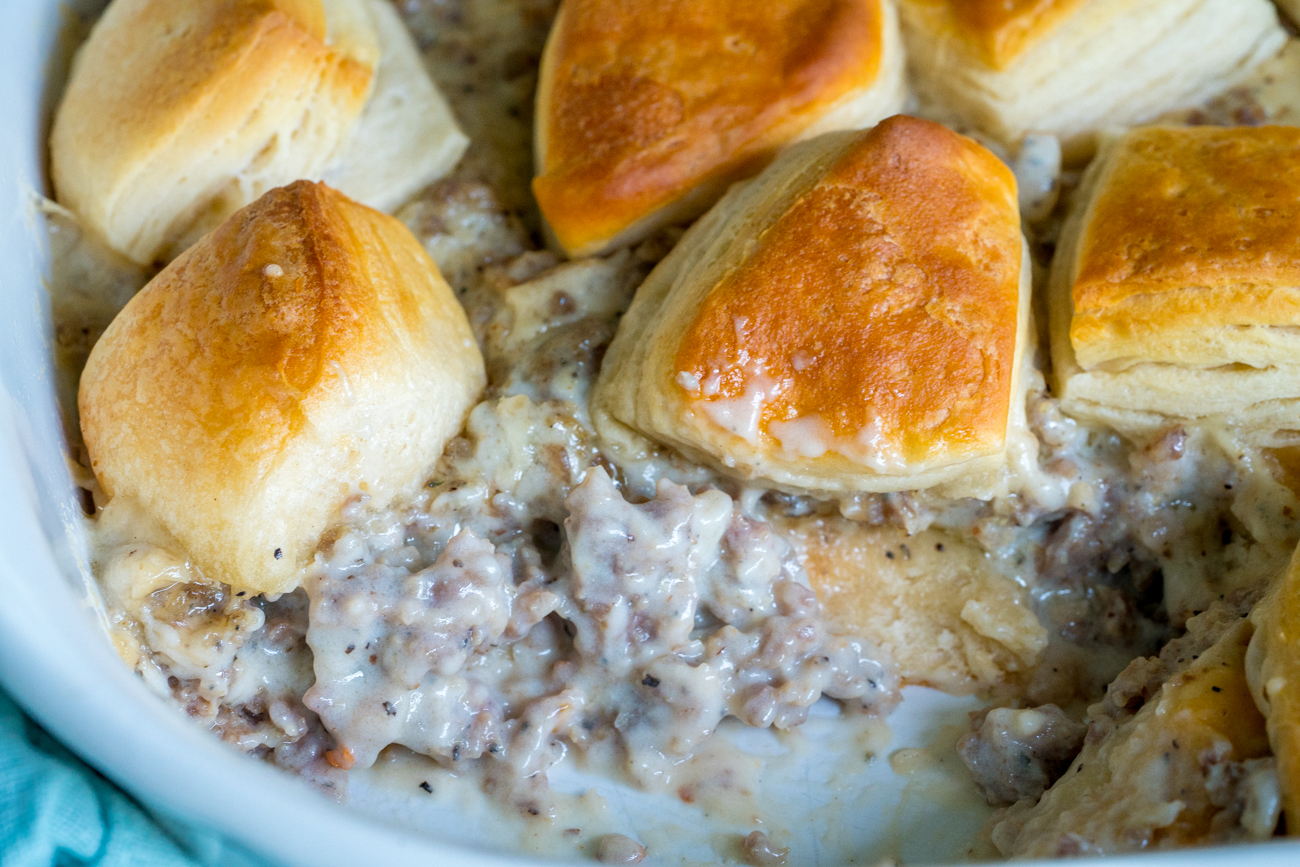 There are two things I know for sure. One, biscuits and gravy is one of the finest comfort food breakfasts out there. And two, with many foods, bringing a casserole dish into the equation often ups the comfort food factor considerably. So then, if you take biscuits and gravy and convert it into a casserole, wouldn’t it become even more comforting, an even more satisfying stick-to-your-ribs type of breakfast? The answer turns out to be yes. 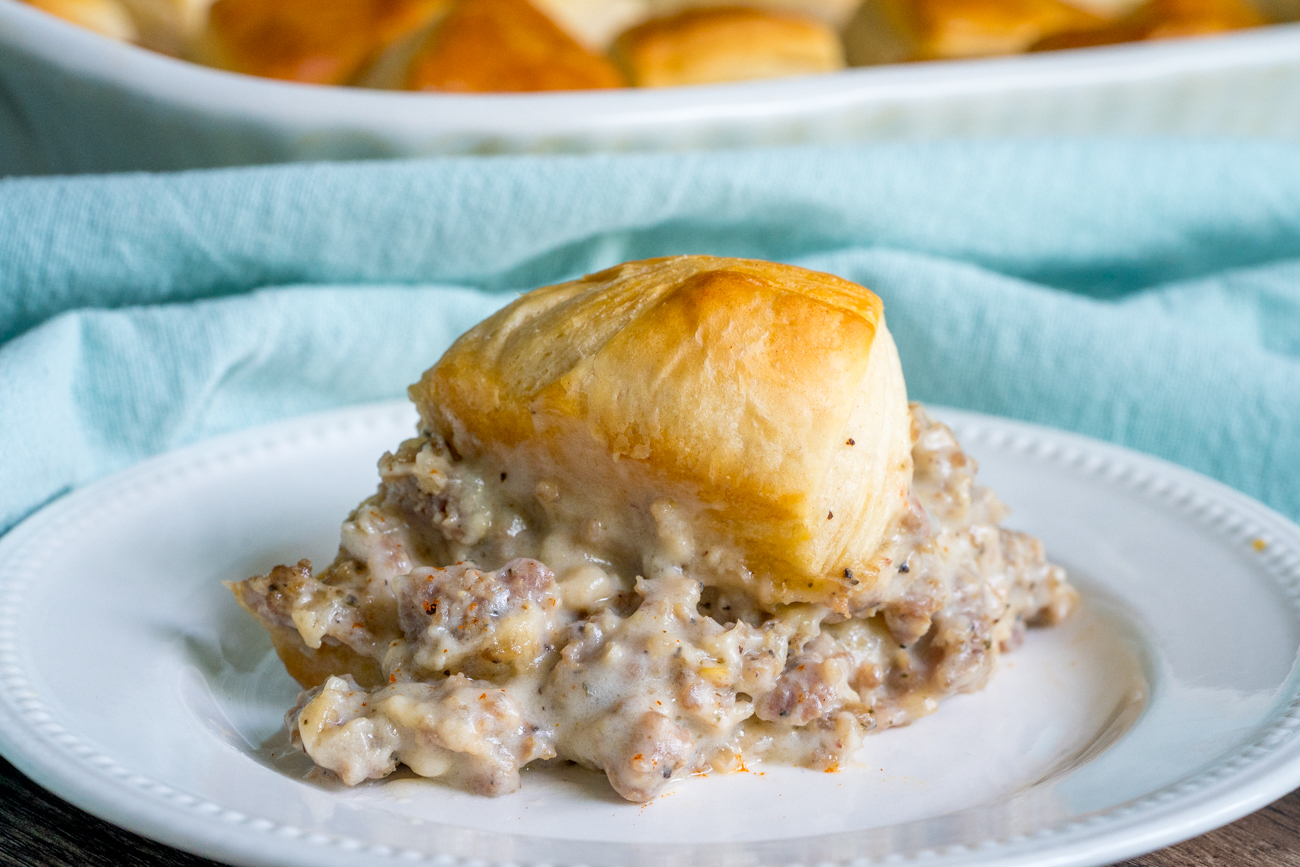 The selling point of this Biscuits and Gravy Breakfast Casserole is not that you can make it ahead of time or that it’s quicker than the original version of the dish. No, it lies more in the fact that you can serve up some fine breakfast comfort to a whole crowd of people out of one piping hot baking dish. And in what it does to the flavor. 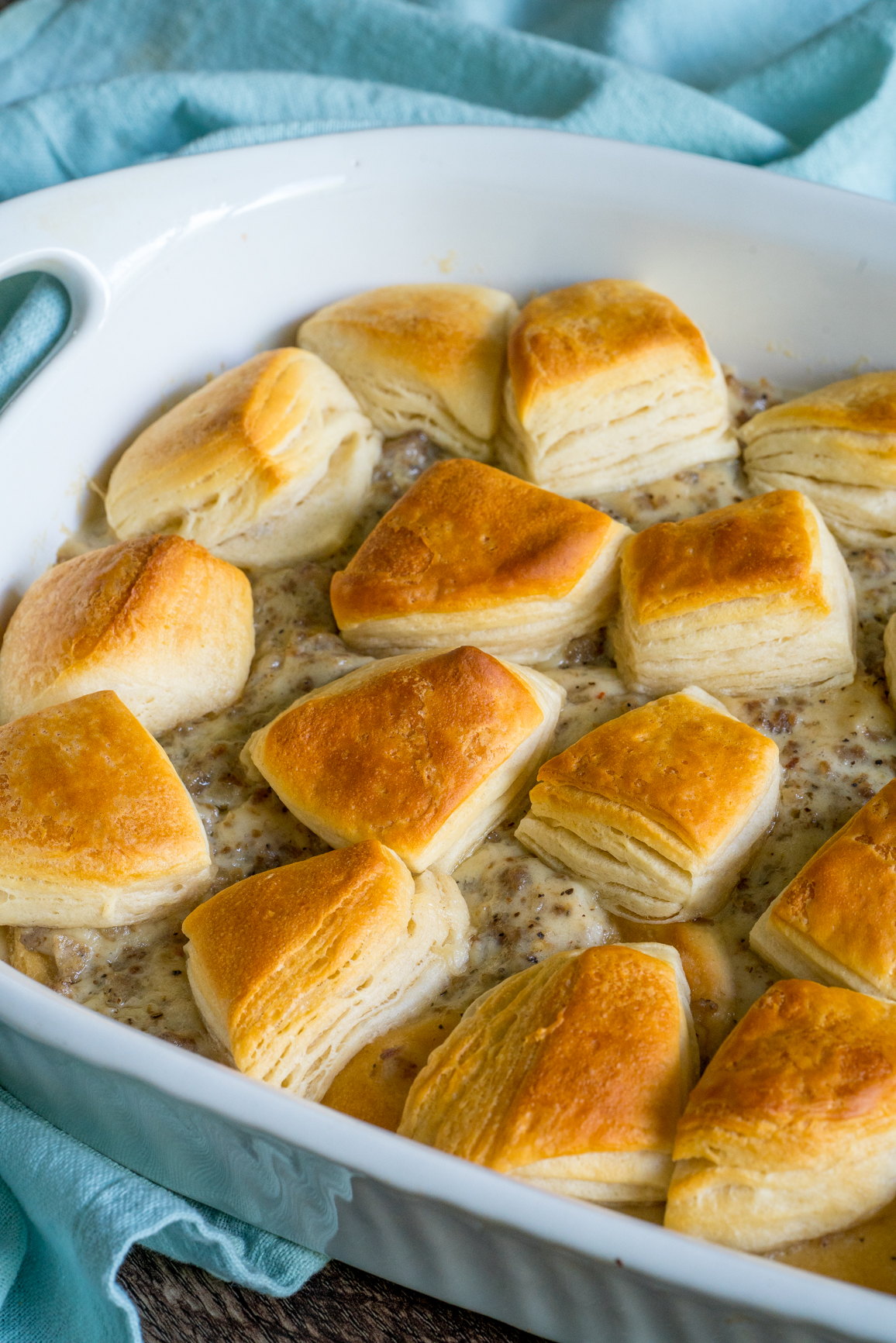 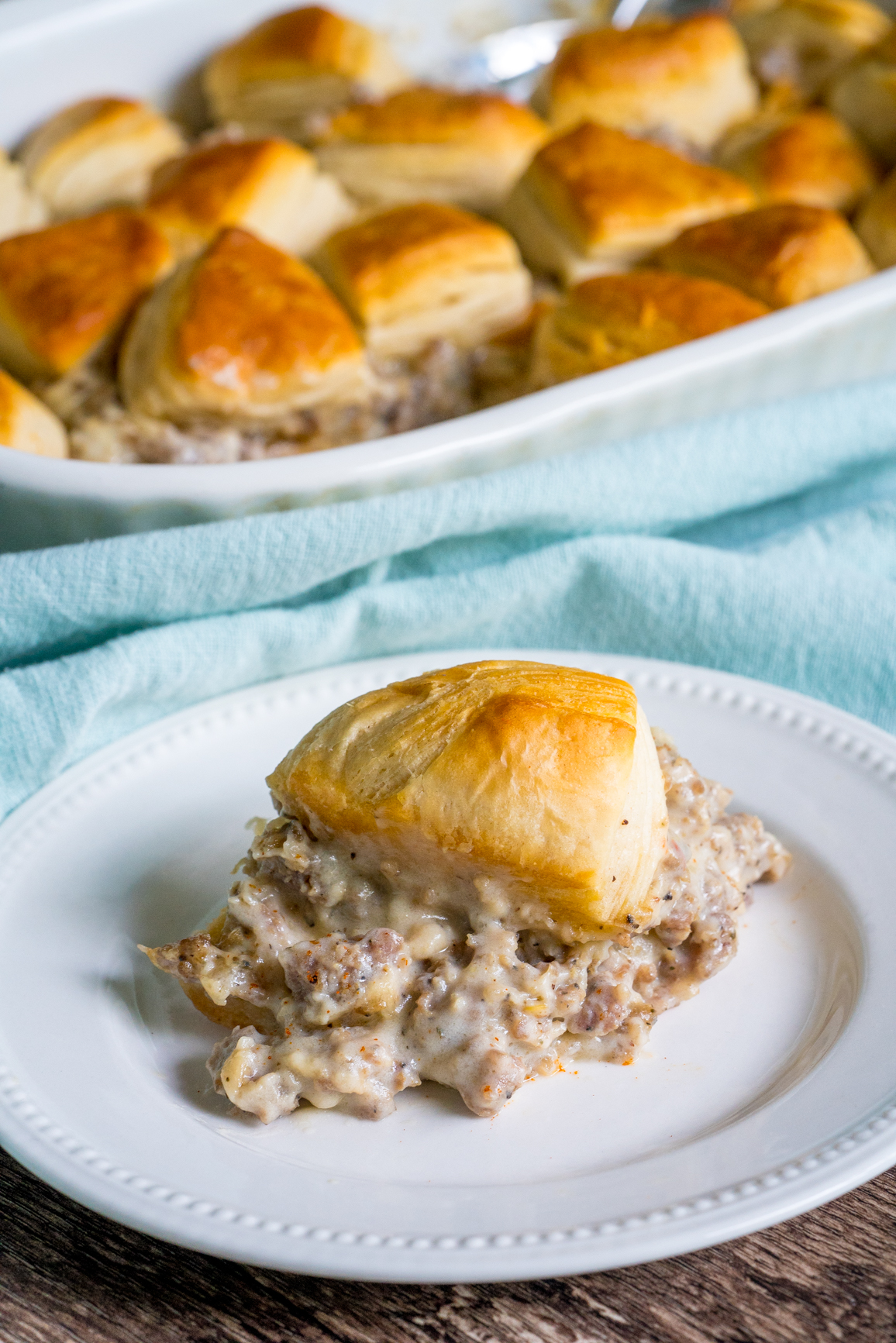 See, when you normally have biscuits and gravy, you have two separate entities – biscuits, and gravy. But when they’re baked up this way, they become one. As they hang out in the oven, the biscuits absorb some of that creamy, savory gravy flavor, so instead of just serving as a platform for the gravy atop it, every bite is laced with deliciousness. And don’t think for one minute that this leads to sogginess. Sogginess is not a concern. 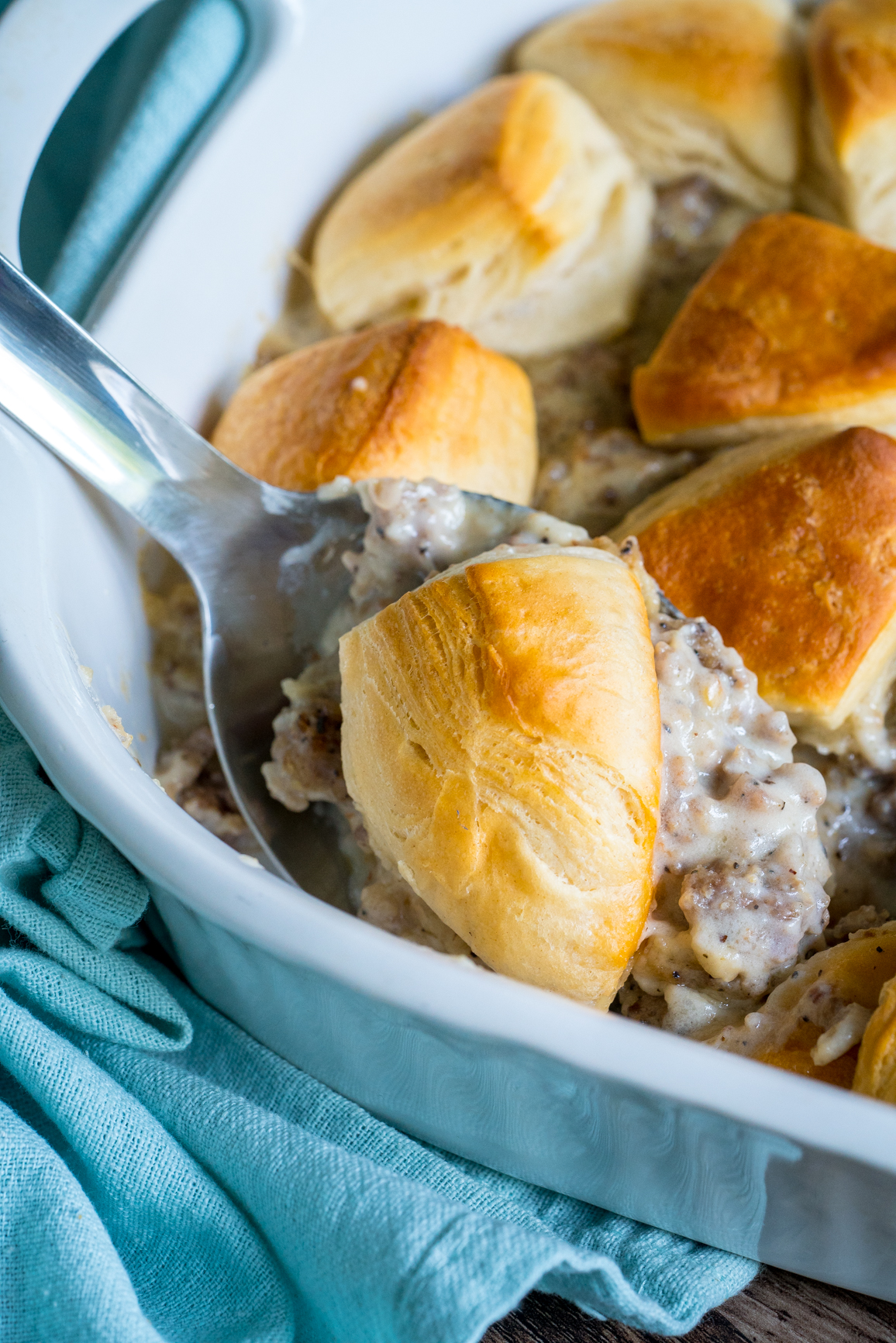 The first layer of biscuits goes into the oven alone for a bit to pre-bake. While you make the gravy, they take on just a touch of gold, so they can stand up to being layered with sausage gravy. The next layer of biscuits sits on top and the whole thing heads back into the oven, where the biscuits slump down into the gravy a bit but still emerge a lovely golden brown. It’s a little bit like how a dumpling takes on some of the flavor of whatever it cooks in. You still get tender, flaky biscuits, but you also get a ton of comforting flavor. 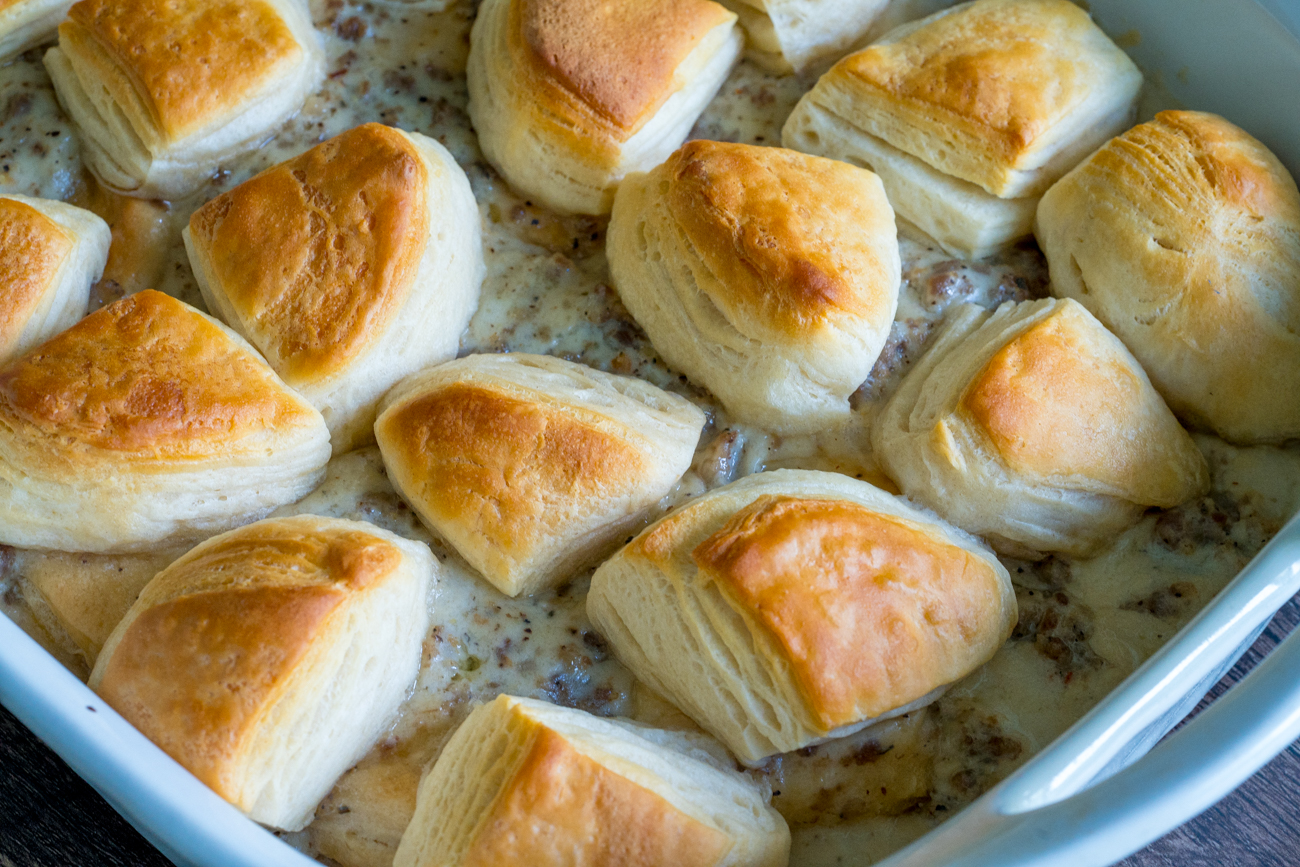