This story originally appeared at Shareably by Kathleen Shipman. 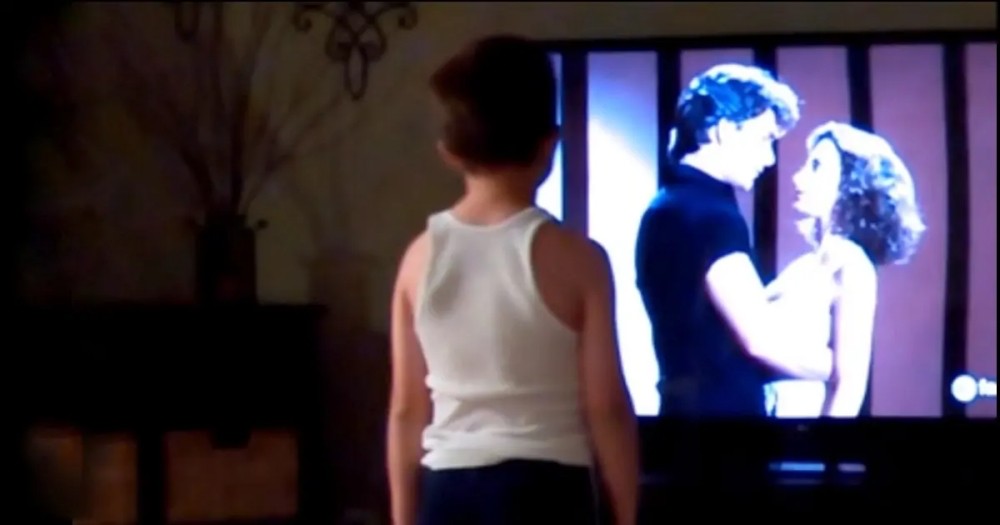 It’s common to have a movie you love so much, you’ve probably seen it over a dozen times. Of course, this means you know every line, scene, and if there’s a song in it – watch out, because you can belt that out too.

Eight-year-old Charlie was a big fan of the movie, Dirty Dancing. And, just like many of us he couldn’t get enough of the iconic dance at the end of the film.

While it’s hard to sit still during the “Time of My Life” scene, the moves aren’t exactly the easiest to follow. Remember, it even took Baby all summer to learn how to dance!

Charlie, however, is an awesome dancer who was able to pick up on the routine. 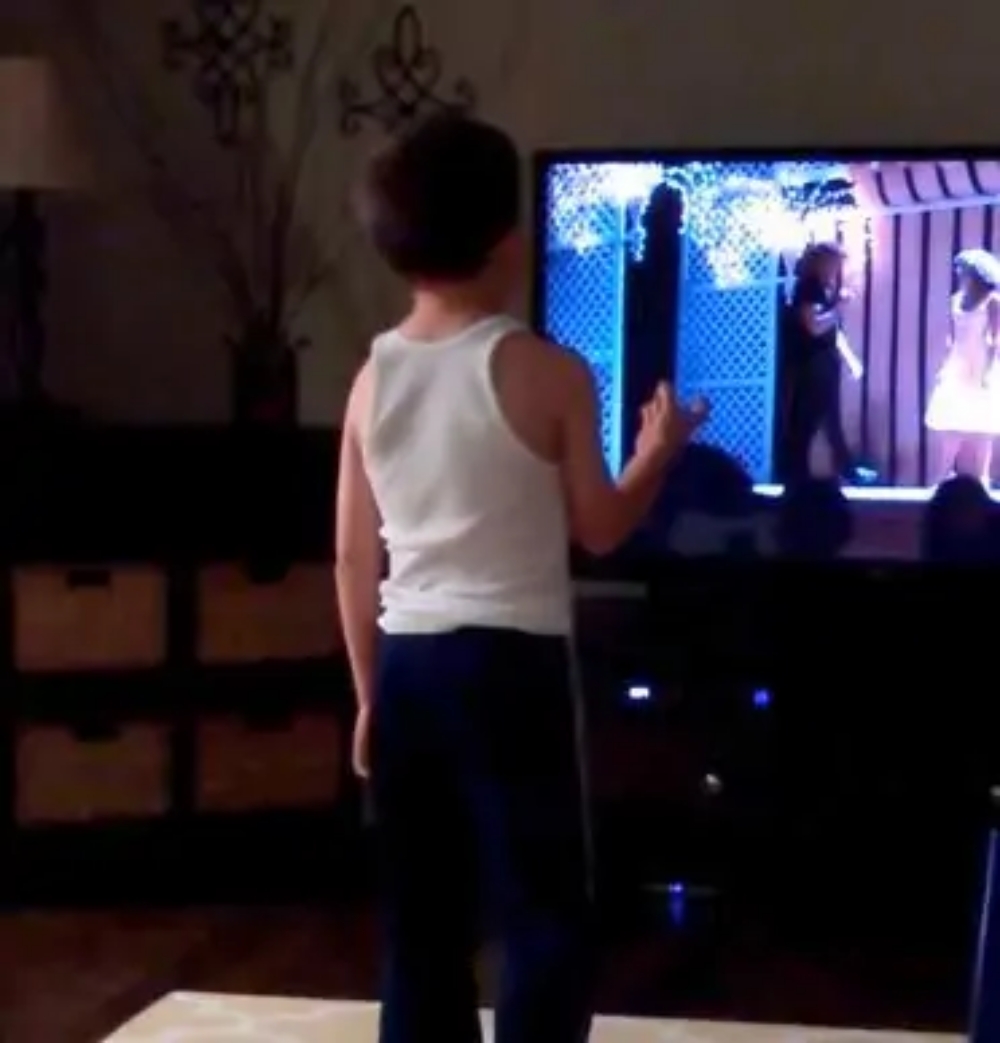 His mom, Lainie Kristina, decided to record footage of her son practicing the dance in their living room. And I have to say, he definitely gives Swayze a run for his money.

At first, Charlie just watches the movie that’s playing in the background. But then after the “And I owe it all to you…” part comes, bam – he jumps into character. 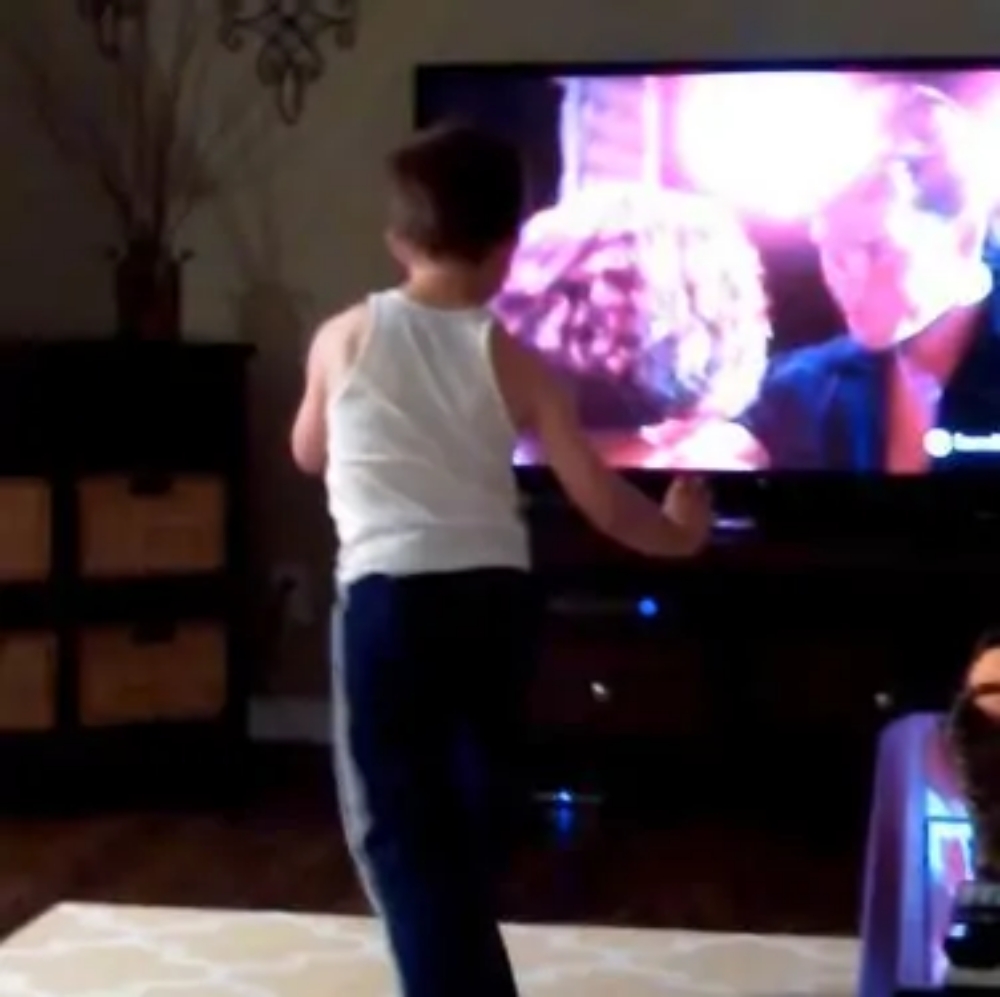 Using fancy footwork and shaking his hips, the youngster quickly lights the room on fire. Charlie keeps his eyes on the screen during the dance, but it’s obvious he knows exactly what he’s doing.
There are times where he stops for a few moments, but without an actual partner, a kid can only do so much. He’s really quite good! 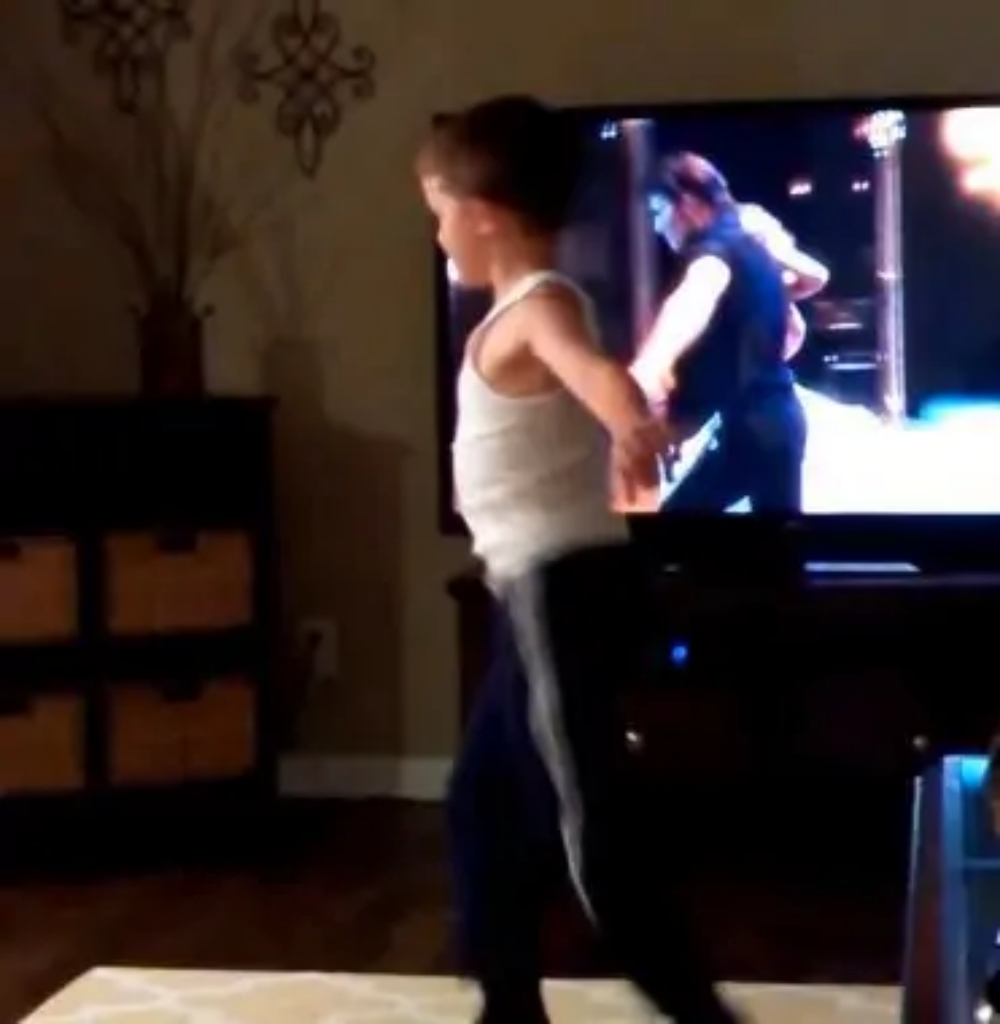 One of the best parts is when, in the film, Johnny Castle jumps off the stage to dance in the aisle. Charlie, too, gives a huge jump and copies the character’s moves.

He even spins on his knees and does the epic head roll like Swayze. What makes it more fun is the fact that you can watch them side by side performing the routine. It’s like a mini-version come to life. 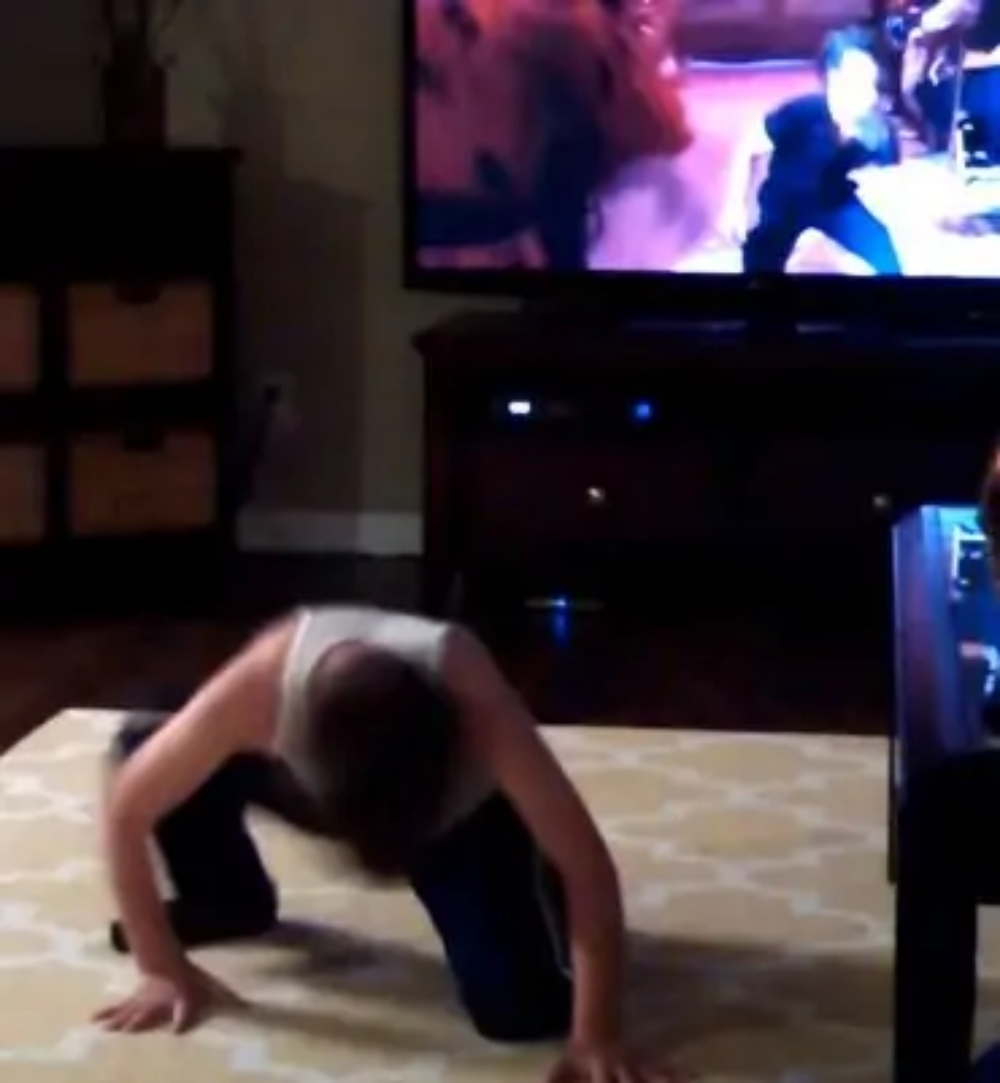 As it turns out, Charlie got turned on to Dirty Dancing because of his mom, with it being one of her all-time favorites.

Lainie told BuzzFeed News it all started when she and her husband went to see the movie, which was being replayed at the theater:

“Since the movie had the name ‘dancing’ in it Charlie insisted on watching it the next day at home.”

“He has probably watched it only 10-12 times. He loves to dance and cannot sit when he is watching a music video or anything with dancing in it.” 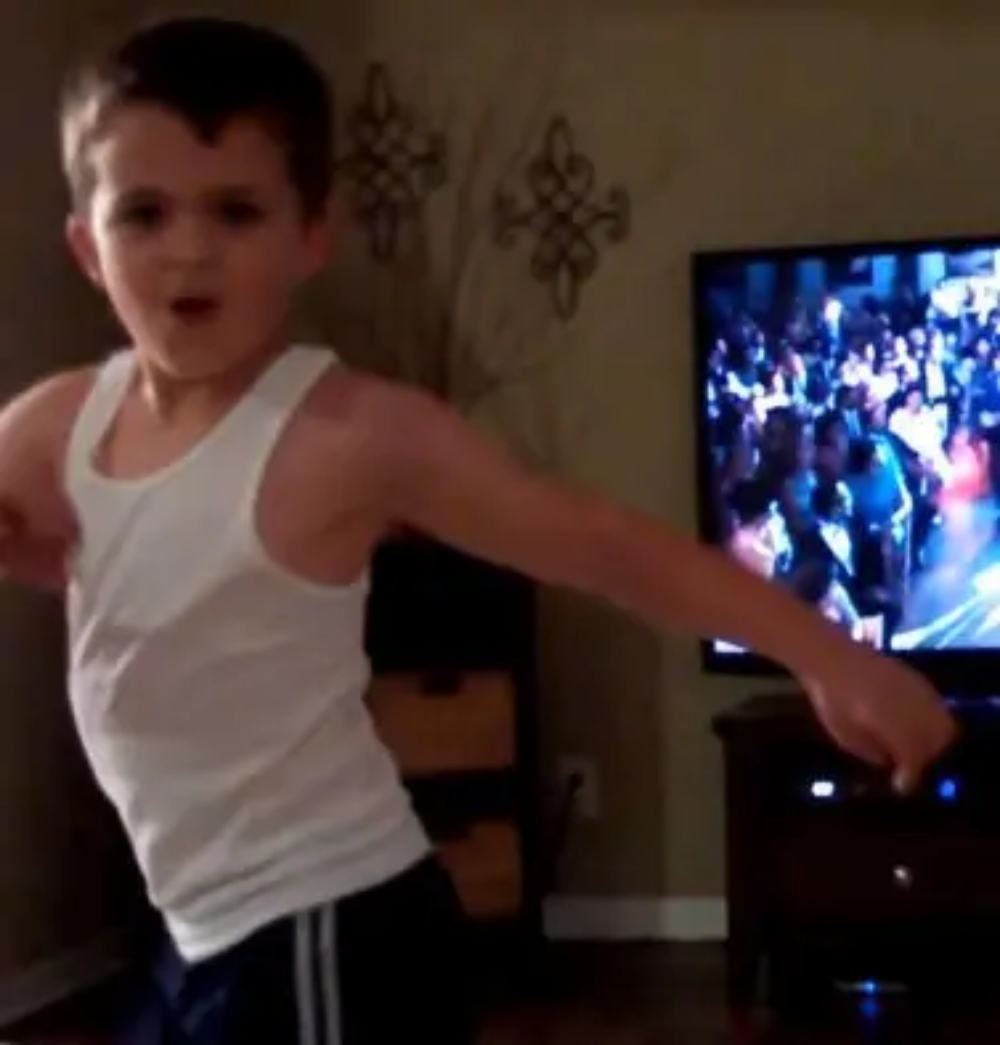 “Eventually, we get to the most famous part of the scene that for many of us, is literally the best part of the movie. It’s time for ‘the lift.'”

However, without his own Baby, what would Charlie do? Instead of trying to practice the crazy move with maybe a stuffed animal – he stands mesmerized by the screen.

I don’t blame you, Charlie, I do the same thing. 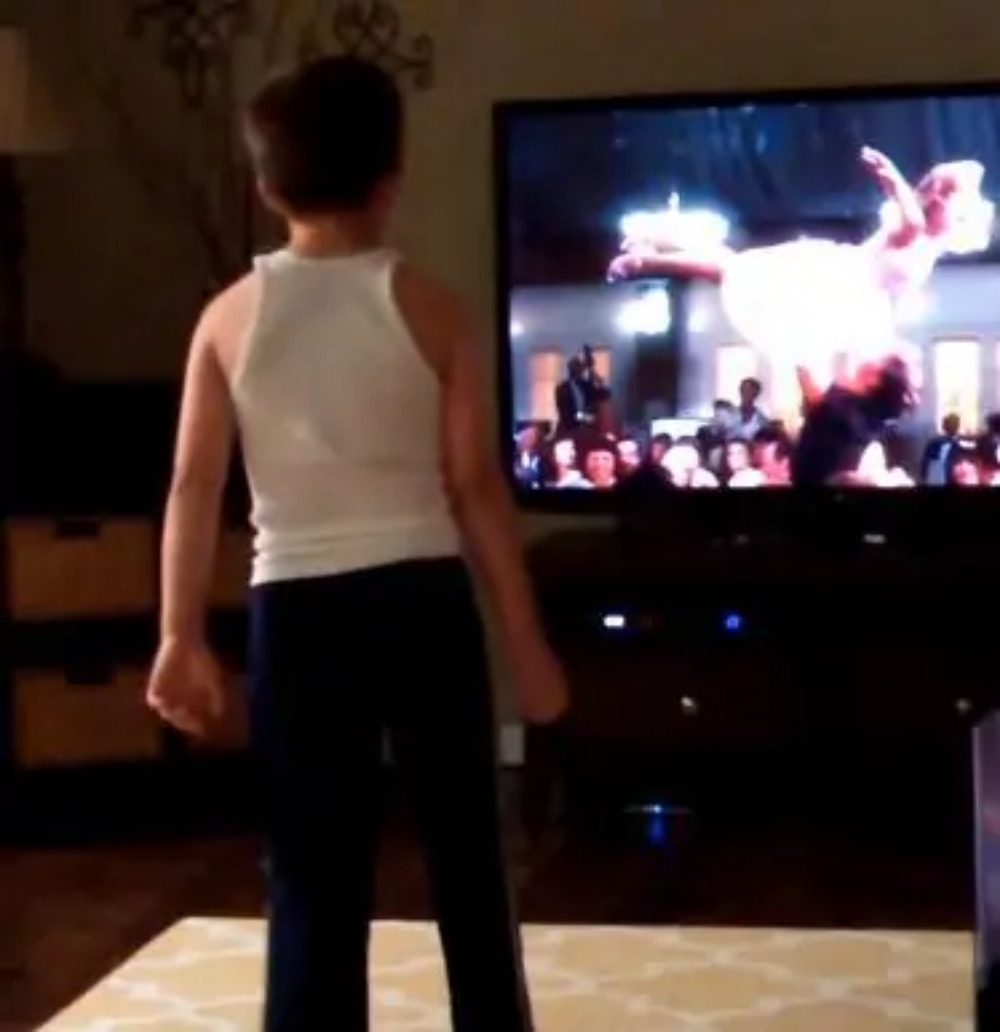 Dirty Dancing was released in 1987 and has been gathering new fans ever since. The soundtrack for the film was also a hit. “(I’ve Had) The Time of My Life” took home a Golden and Academy Award for “Best Original Song,” along with a Grammy for “Best Pop Performance by a Duo or Group with Vocals.”

Charlie is quite the dancer and is sure to put a huge smile on your face. Not only that – you may find yourself joining along too (well, at least trying).

You can watch his awesome Dirty Dancing routine below!
Please SHARE this with your friends and family.