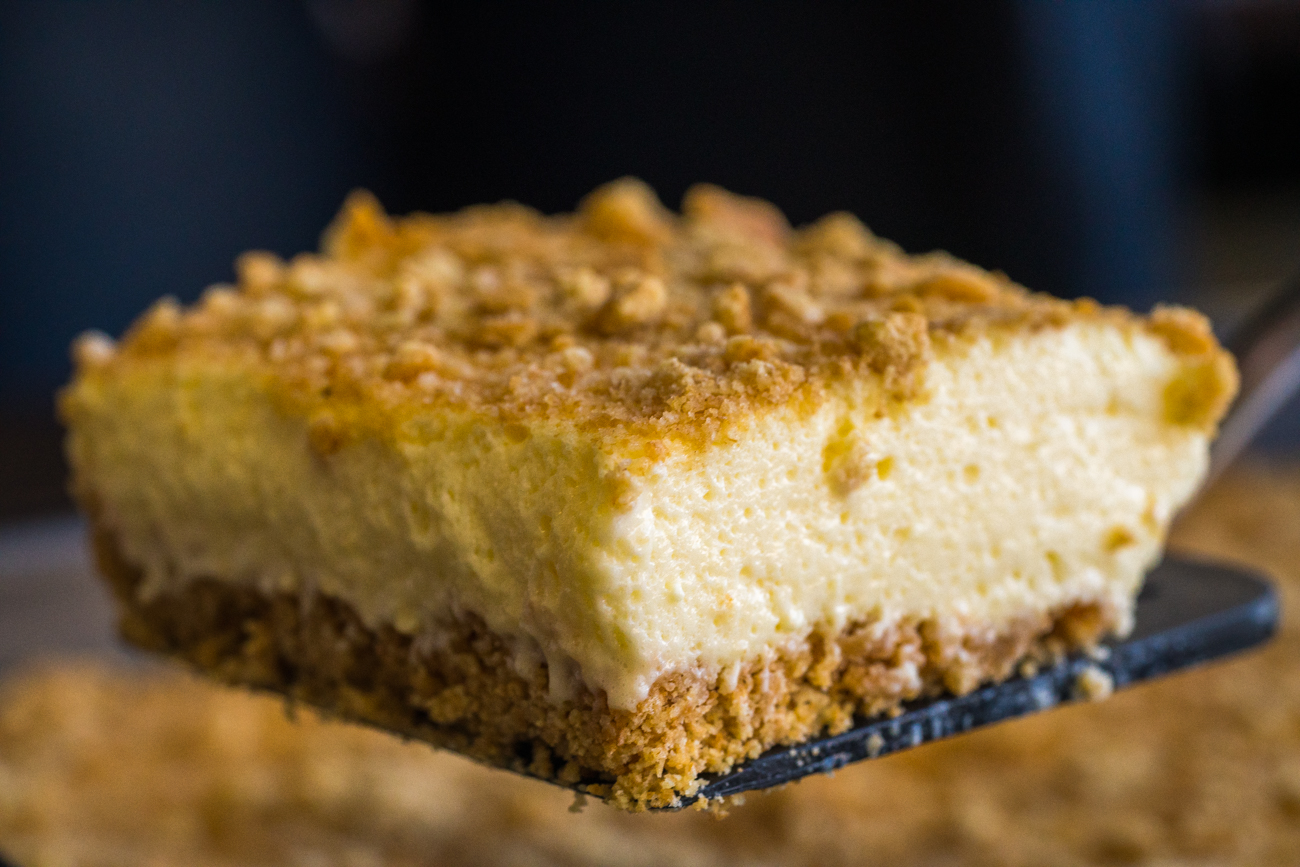 How many of you remember Woolworths and its beloved lunch counter. Woolworths is known for many things (not all of them food), one of which is their signature icebox cheesecake. You guys, we don’t know how we could’ve forgotten about this staple, but we’re so glad we remembered it and tried our hand at recreating the classic. For those of you unfamiliar with it, Woolworth icebox cheesecake is a light-as-air, no-bake, lemon confection that comes together easily and is a dessert that’s perfect at the end of a meal when you need something refreshing and light and not too sweet. 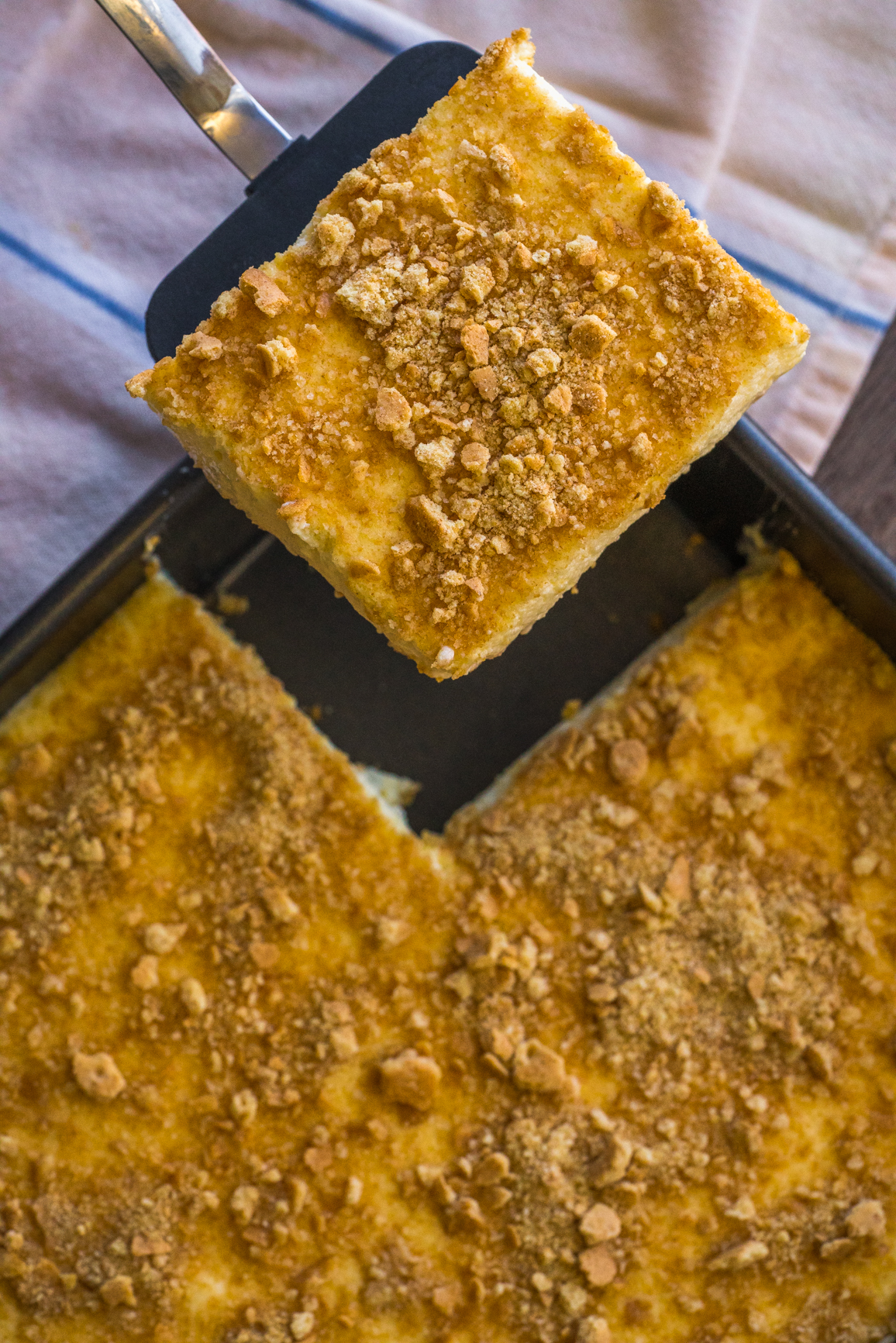 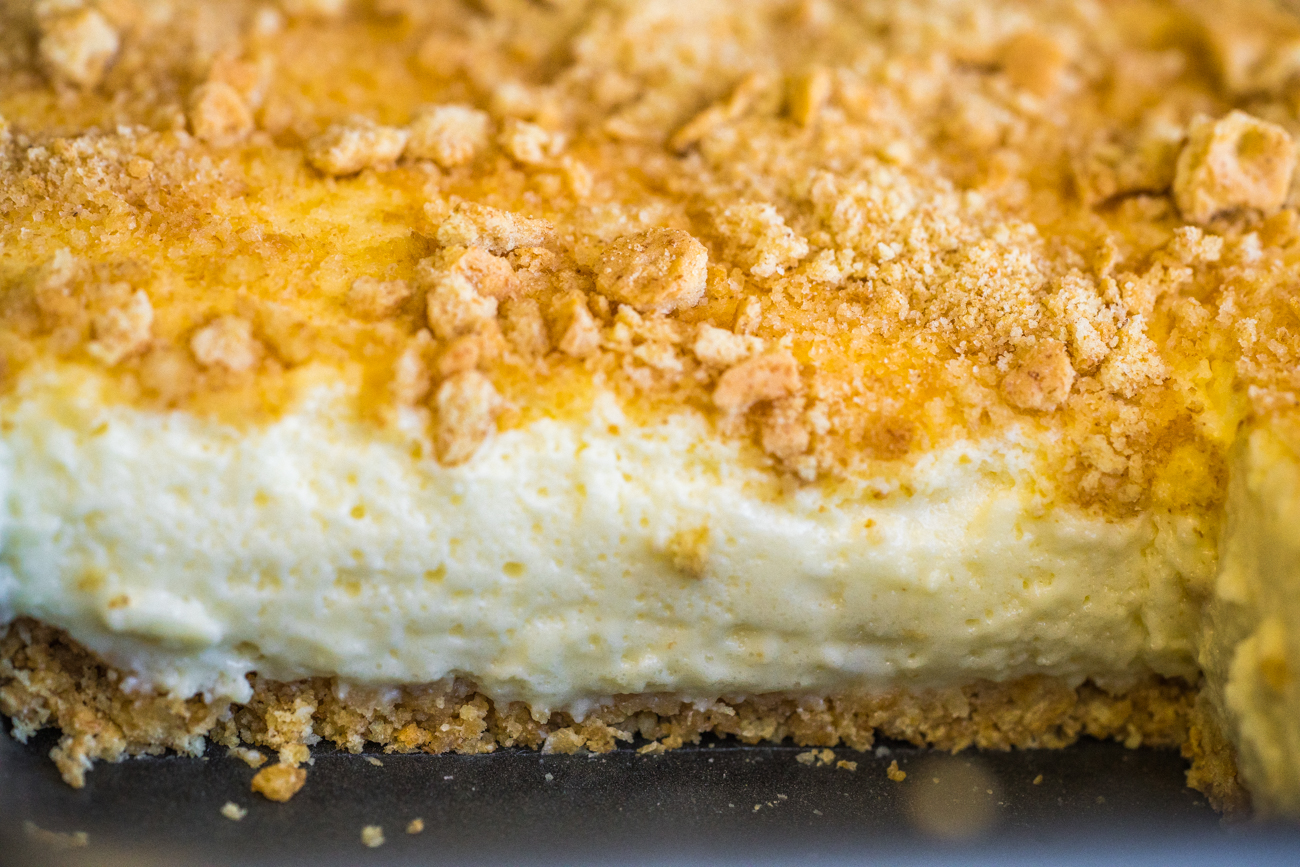 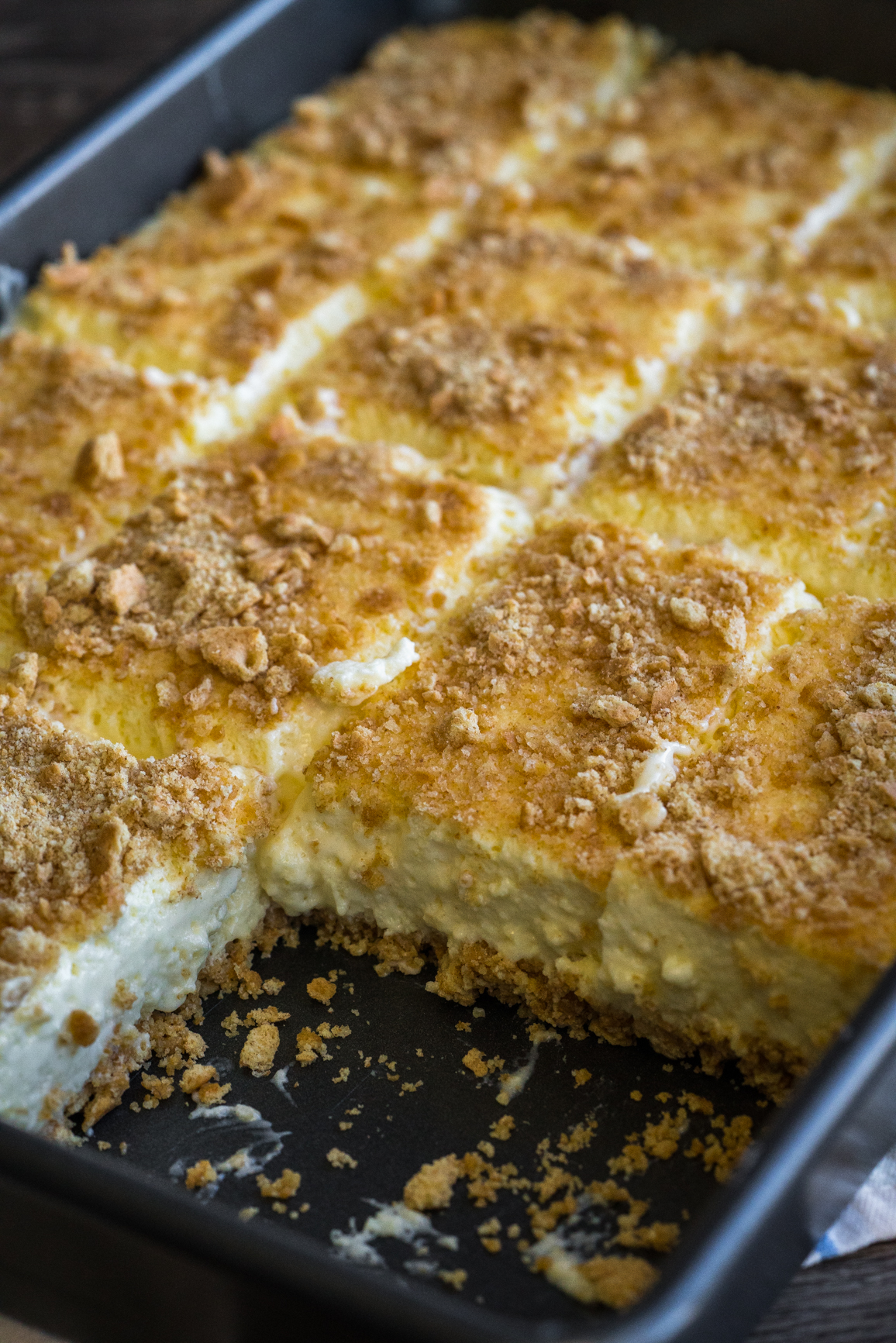 This iconic treat is comprised of basically two parts, the crust (and topping) and the filling, the former being graham cracker-based, and the latter being cream cheese-based. If you can stir butter into graham cracker crumbs, you’ve got the first part down, then it’s just time to focus on the filling…. You’ll make the filling in a couple different bowls, but don’t let that deter you. Whisk your lemon jello mix with the boiling water: easy peasy. Whip the evaporated milk until it’s nice and fluffy and aerated: also super easy. Finally, it’s just a matter of creaming together the cream cheese, sugar and lemon juice, then you mix in the jello and evaporated milk to ensure maximum smoothness. 1, 2, 3, done! 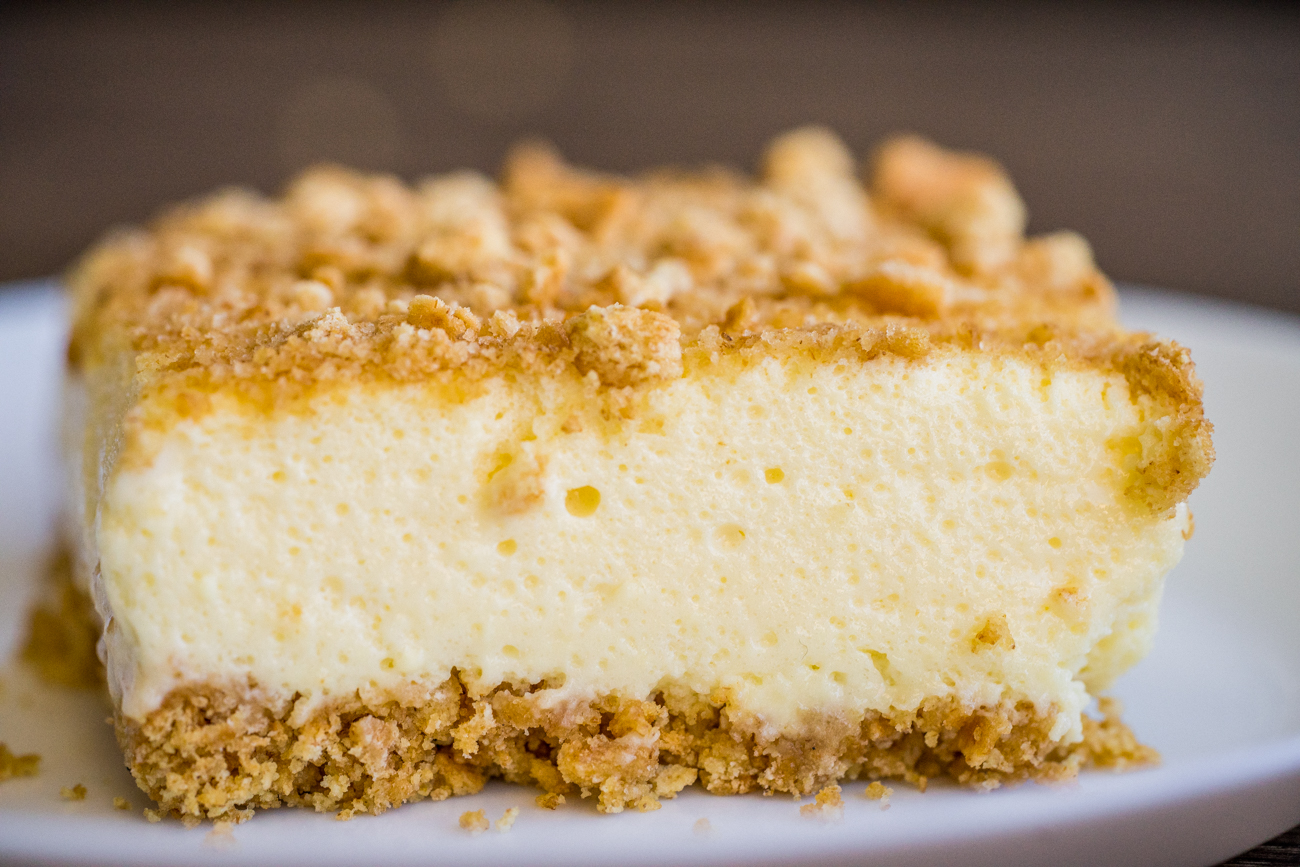 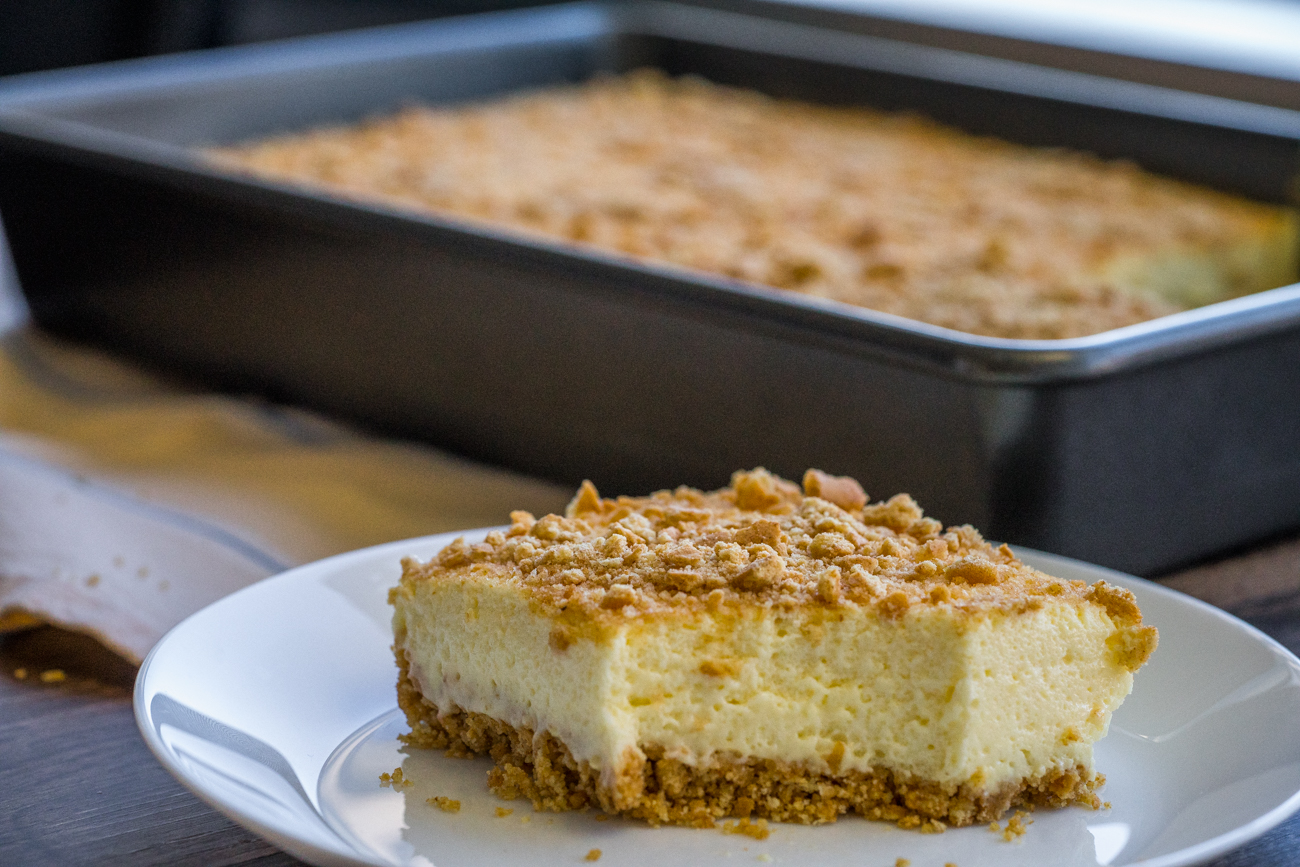 Spread three quarters of your graham cracker crust mixture into a 9×13-inch baking dish, add your filling and spread it into an even layer, then top it off with the remaining graham cracker crumbs. Let it all set in the refrigerator and boom, you’ve got yourself a dessert that rivals the esteemed restaurant original! 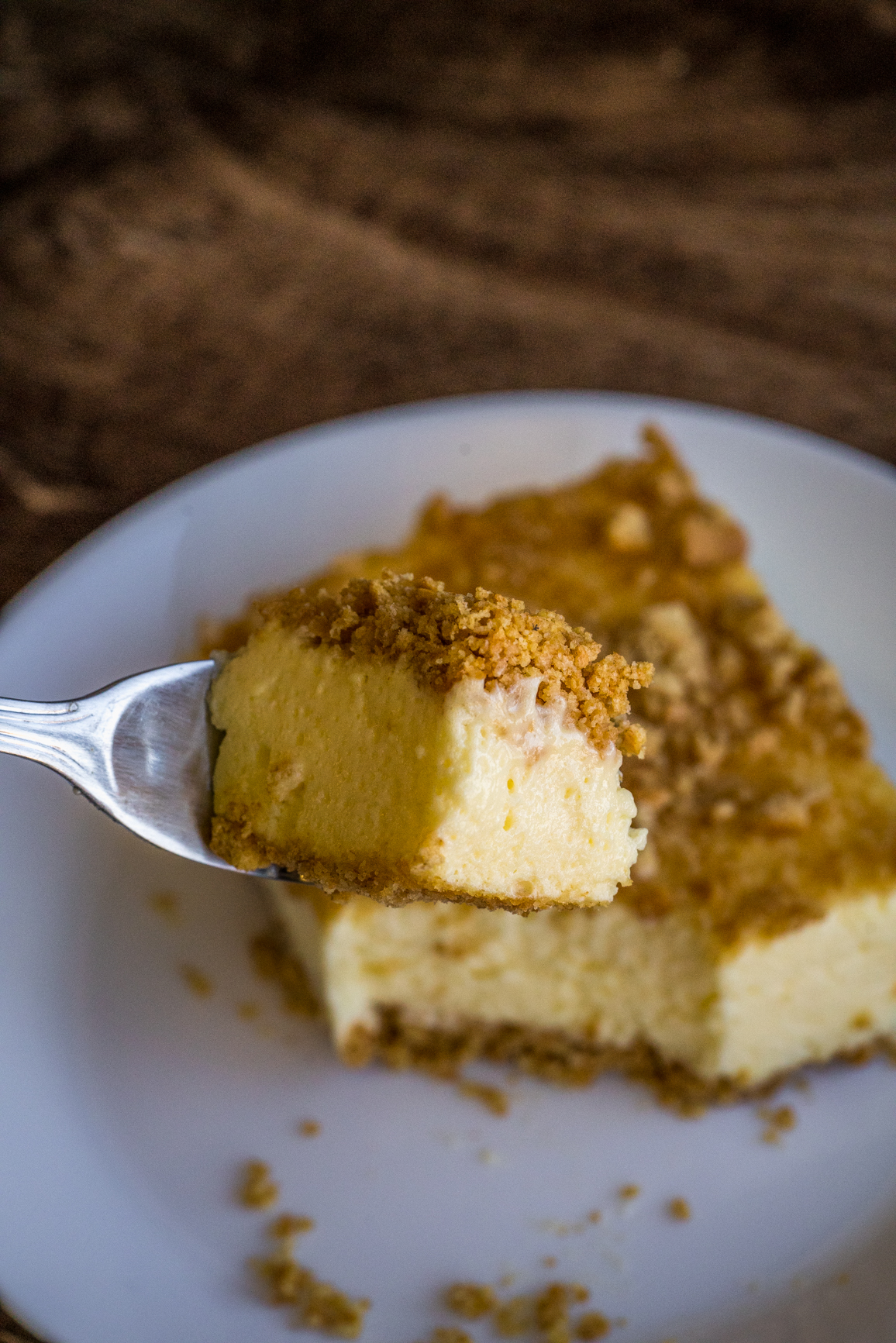 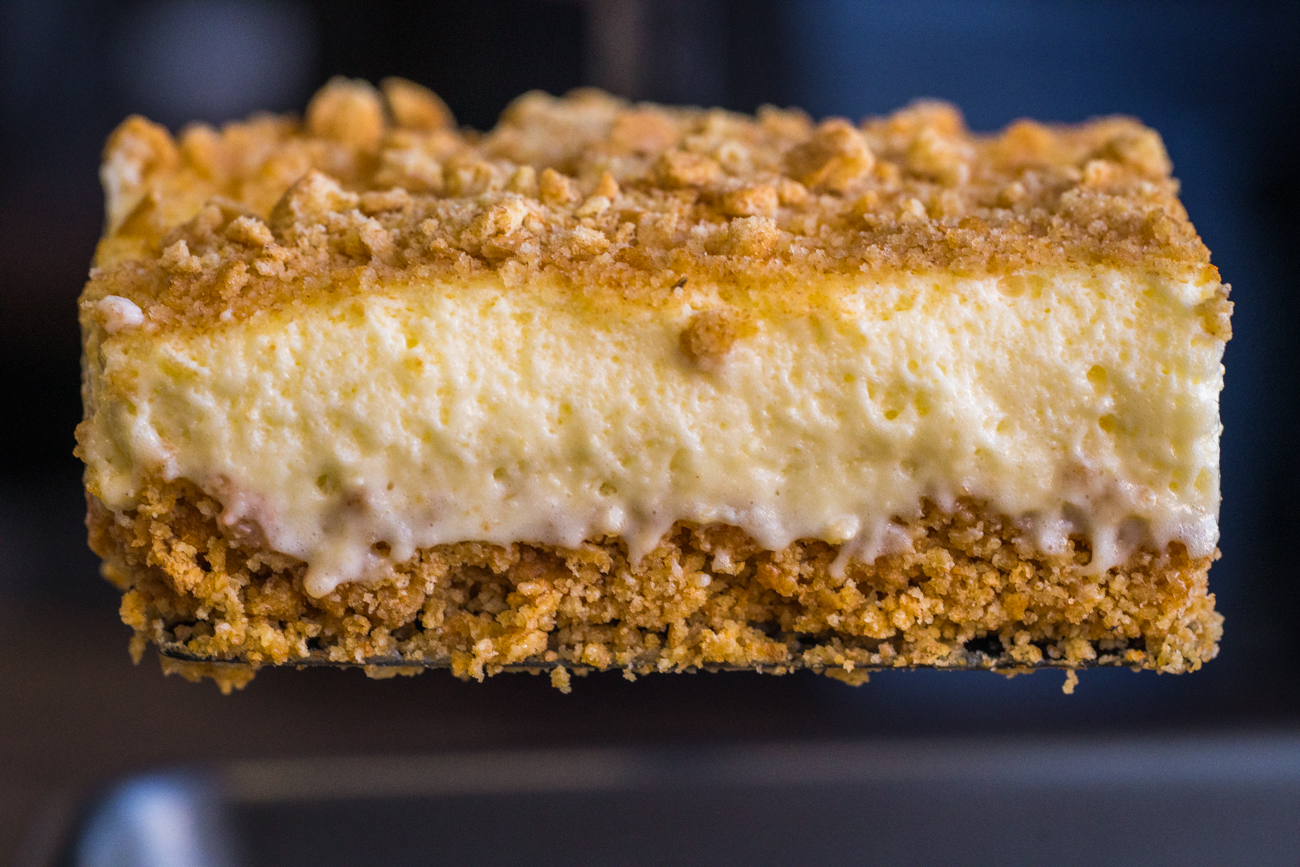