In the last couple of years, nostalgia has dominated pop culture. What’s old is new again, and what was once considered old school is now trendy.

There’s only one area where that seems to not be the case — food. Sure, there are family recipes that get passed down from generation to generation. While we all enjoy a good throwback, there’s a pretty good reason why fad recipes from yesteryear haven’t made it into the present day. The Atlantic‘s Lizzie O’Leary provided some pretty great examples of that with a vintage ’70s cookbook she discovered. It’s called Atlanta Natives’ Favorite Recipes, and there are some very interesting takes on what makes a meal.

Lizzie was particularly taken with what ’70s Southerners qualified as a salad. She shared some of the cookbook’s salad recipes on Twitter. As she added more recipes to the thread, it was clear that her followers were partly perplexed and partly horrified with what they saw. In an instant, people were contributing terrifying recipes from back in the day of their own. It’s safe to say we’ve come a long way. 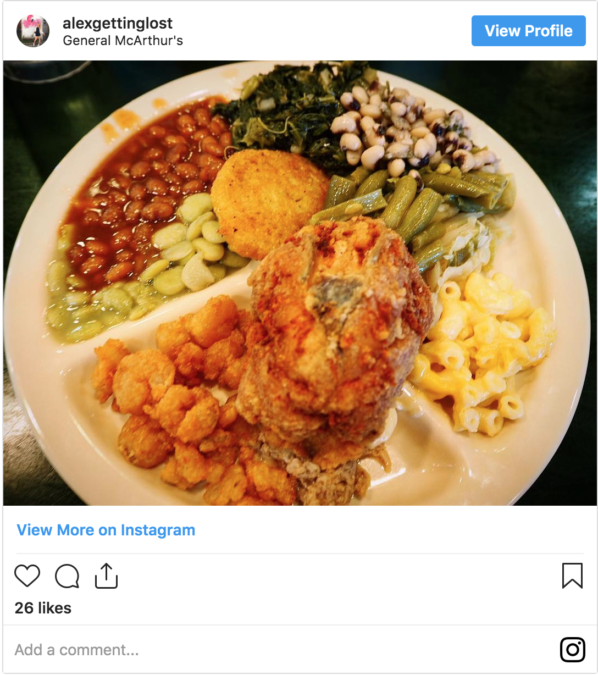 When you think about Southern cooking, you probably think about delicious comfort food. There’s something about that classic home-style cooking that’s super appealing. 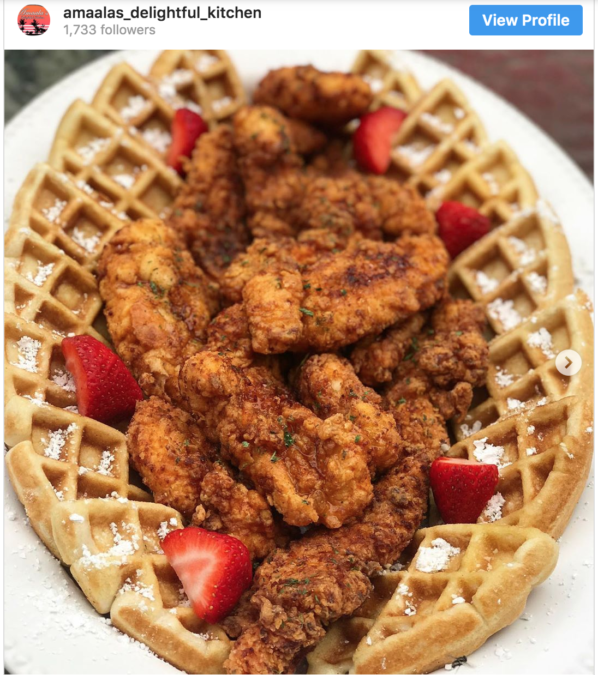 Southern-style cooking is very traditional, with recipes being passed on from generation to generation. You might think that if you looked at a decades-old cookbook, you’d find some of the same things you’d serve today. 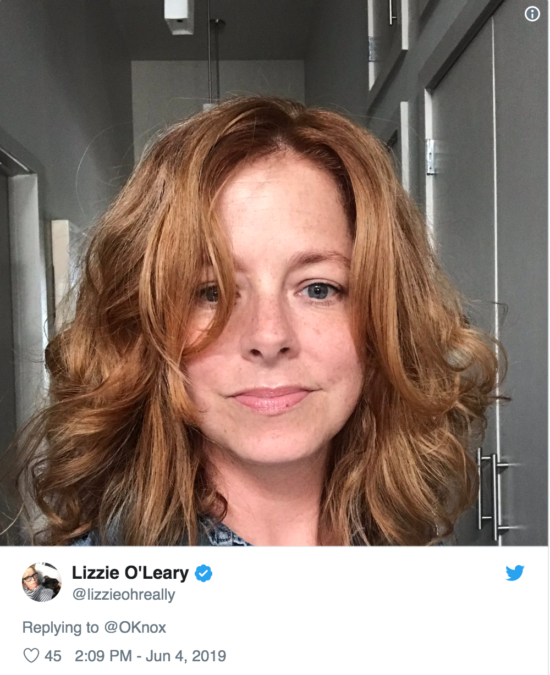 Lizzie O’Leary is a contributing editor at The Atlantic. She recently took to Twitter with some interesting finds from an old Southern cookbook she happened upon. 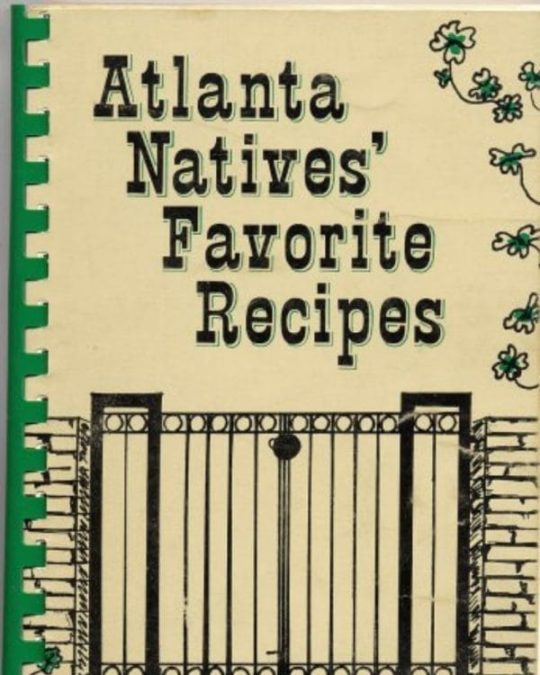 The cookbook in question is called Atlanta Natives’ Favorite Recipes. It includes all sorts of recipes from 1975. For those who aren’t familiar with ’70s cuisine, there’s one ingredient that pops up a lot. Jell-O was having a major moment. 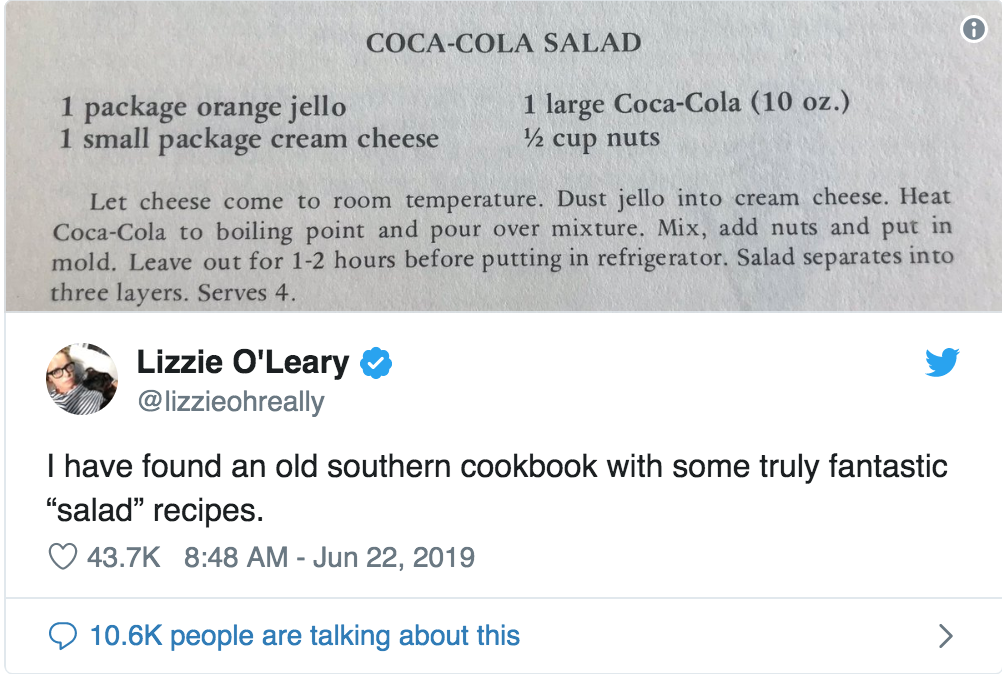 With that in mind, let’s take a look at some of the recipes Lizzie discovered. First up is Coca-Cola Salad. The combination of orange Jell-O, Coca-Cola, cream cheese, and nuts is definitely an unexpected one.

If you were confused as to how you “dust jello into cream cheese,” you’re not alone. It was the first of many eyebrow-raising moments. 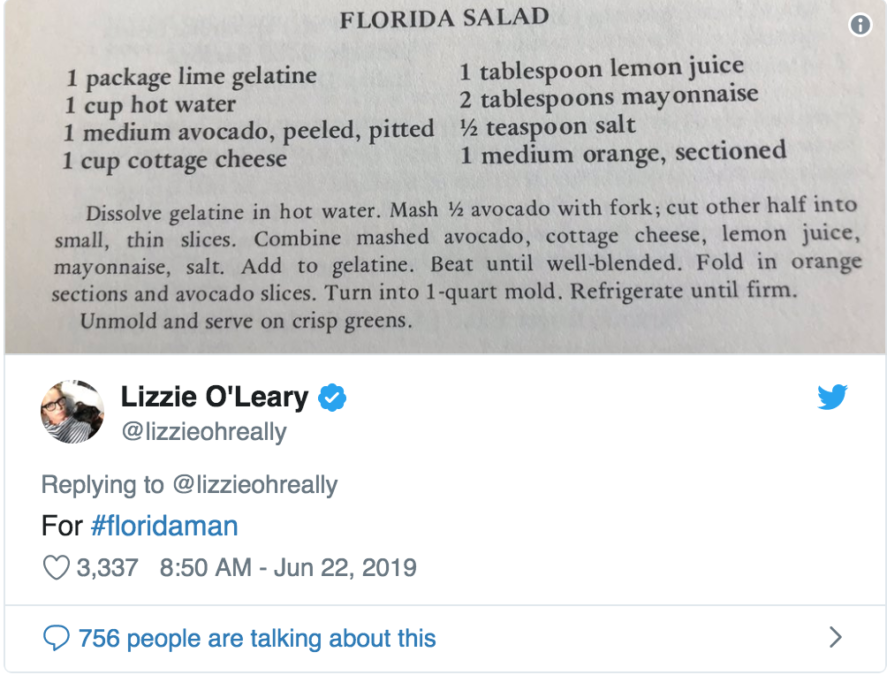 Florida Salad was up next, and it’s probably one of the less-perplexing recipes. It’s a bit before its time with the incorporation of avocado, but I wouldn’t expect to find it on your local brunch menu. 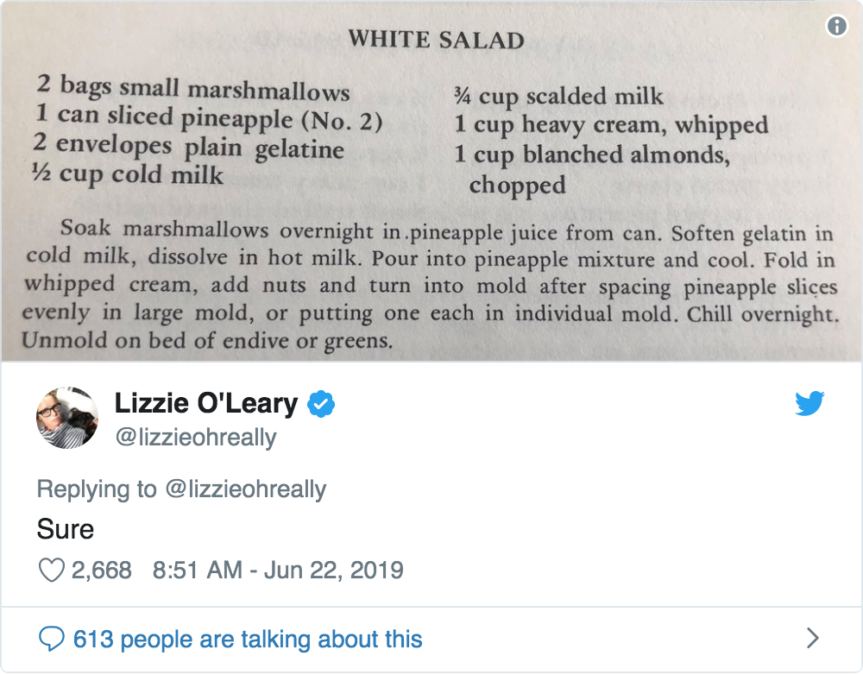 If you’ve got a sweet tooth, you’re in luck. Who knew that marshmallows could be part of a salad? 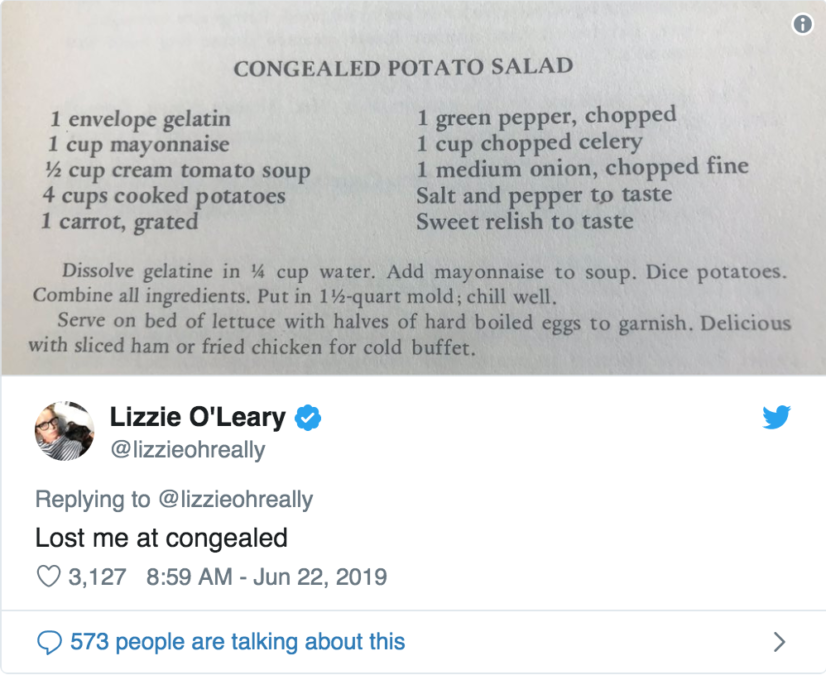 The word “congealed” doesn’t typically whet the appetite. Maybe it was just a polite Southern warning, bless our hearts. 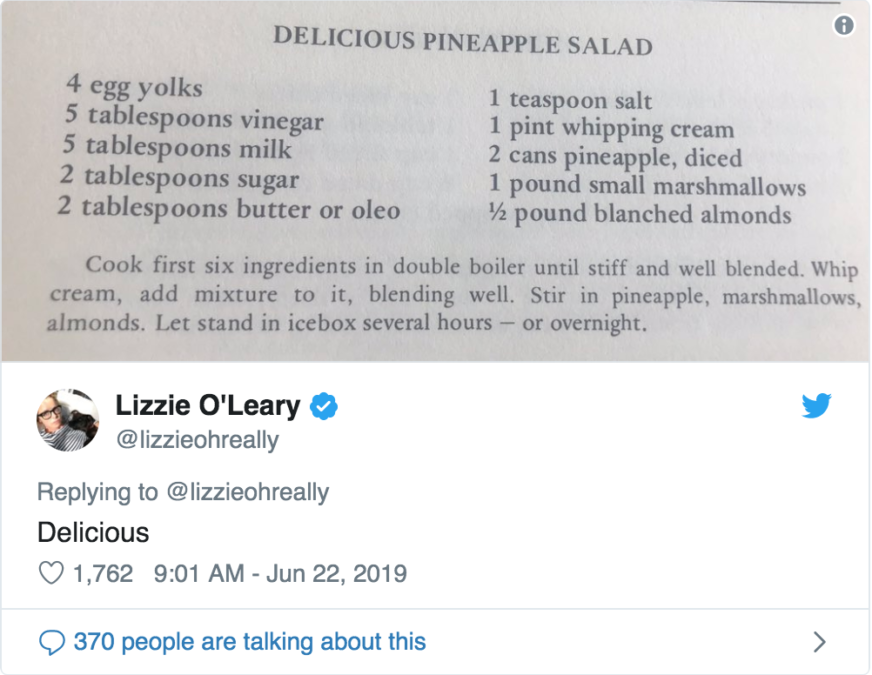 When “delicious” is in the name, quality is not to be questioned … no matter what the rest says. This also marks the first recipe sans Jell-O. 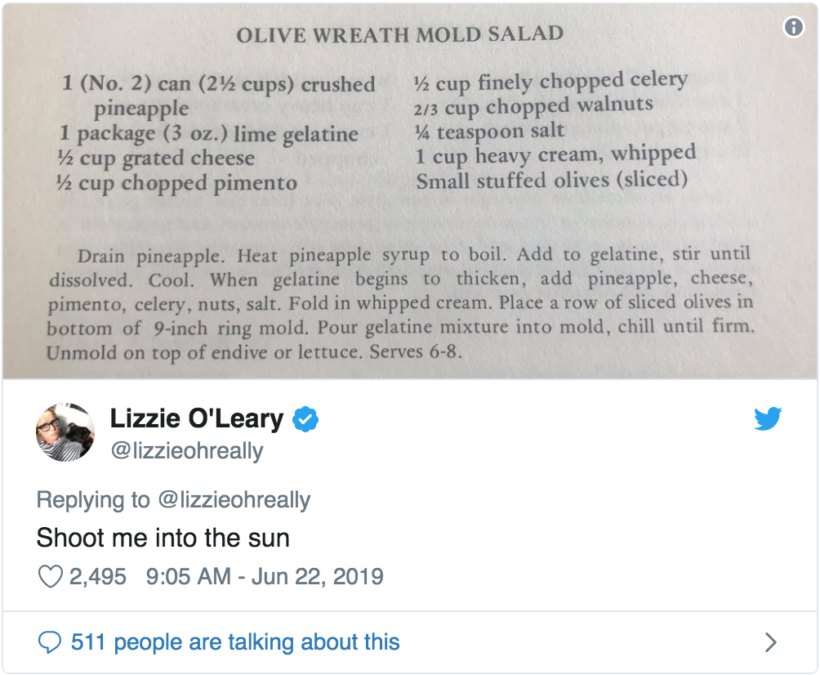 Last but not least was the Olive Wreath Mold Salad. It’s served on lettuce, so it’s probably the closest thing to a present-day salad we’ve seen.

Lizzie was sure to mention there are some redeeming qualities to the cookbook. The processes of making jellies and pickles haven’t changed as much over the years as the definition of salad has, clearly. 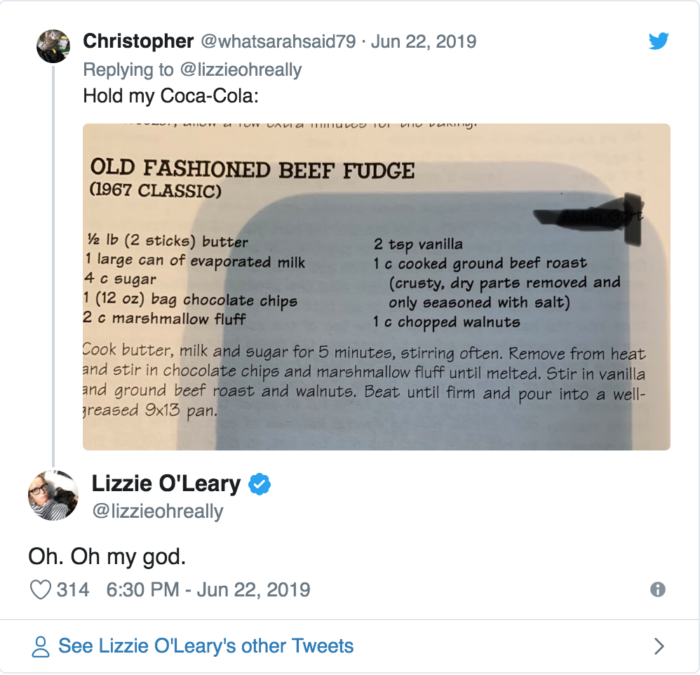 In case you aren’t sufficiently horrified by some of these offerings, fear not. Plenty of Twitter users chimed in with their own old-school recipes, and they’re just as zany as the real ’70s salads of Atlanta.