I think every parent has enjoyed watching their youngster push a tiny shopping cart through the aisles at the grocery store. It can make that one trip to the grocery store bearable, but it might make you wonder why so many grocery stores are willing to keep those expensive carts on hand. Is it just to entertain parents? Not quite.

The real secret behind those tiny shopping carts is a distraction. They want the kids to be distracted so the parents can continue shopping and spend more money. I don’t know about you, but having a toddler meltdown in the supermarket aisle is one way of leaving the grocery store without buying anything.

According to Joe Pinsker of The Atlantic, there are other reasons why these tiny carts are available. Children seem to love them and it may even make shopping at the grocery store more of a tradition, getting the parents to come back frequently.

“Children have a lot to do with what goes in a household’s grocery cart,” Meg Major, vice president of content at Winsight Grocery Business, told Pinsker. “I do think it’s a loyalty builder for kids that get a vote to say, ‘Let’s go to Store X.’” 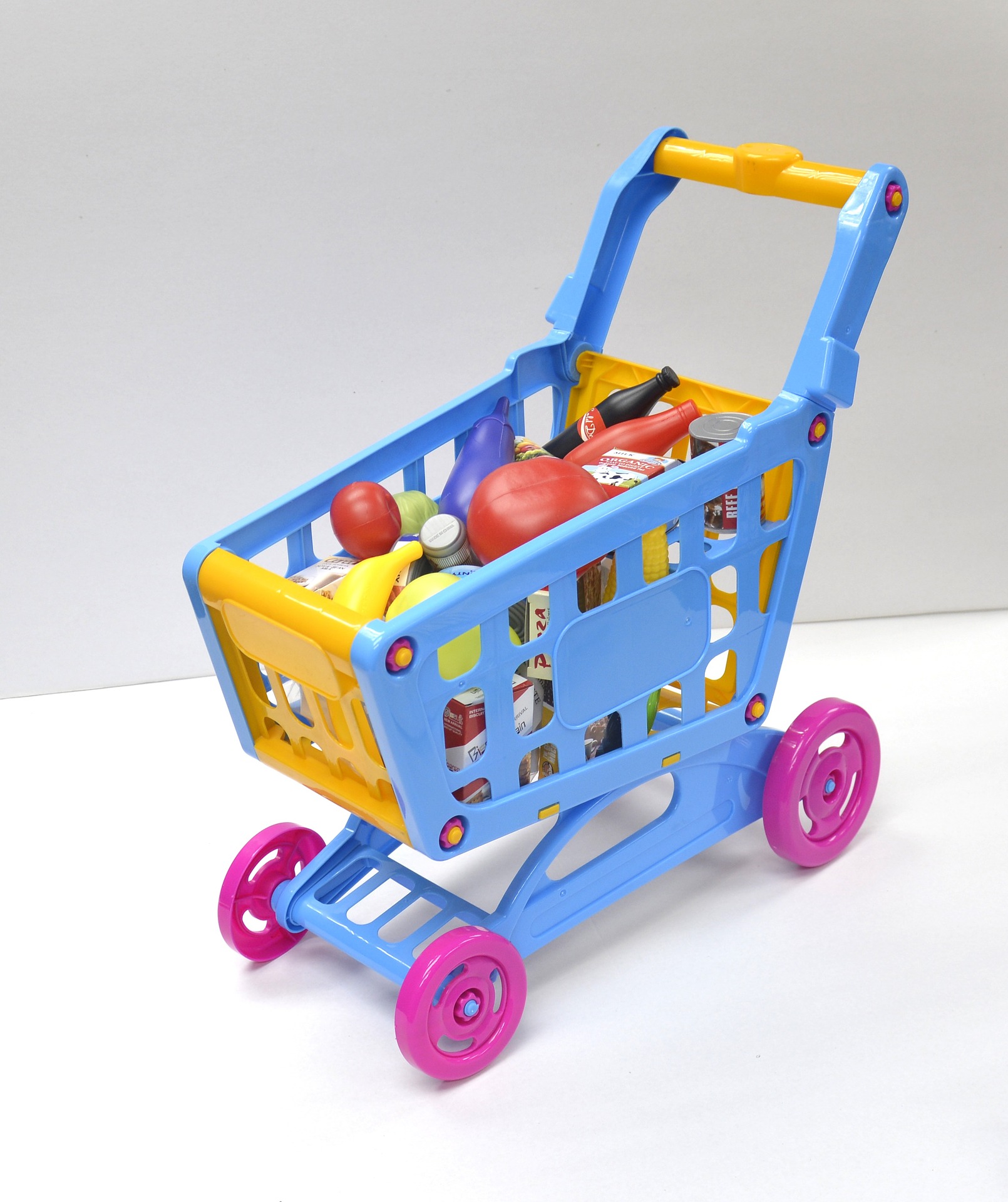 Raj Singh, a parent from Silicon Valley, told Pinsker that the love his son has for the carts at Trader Joe’s caused them to be “more of a Trader Joe’s family.”

To break it down in simple terms, if your kid asked you to go to a store, it will likely result in less drama and more fun. The benefit of having you as a repeat customer goes without saying. Although it often works to the benefit of the store, that isn’t always true. In 2016, Target released the tiny carts into 72 stores, causing a movement by a blogger: “Moms Against Stupid Tiny Carts.” They wanted the removal of those carts, referred to as “vehicles of mass destruction.” That blogger was not alone, because many parents were concerned about the child filling the cart with toys and then running amok in the aisles.

I guess we all have our burdens to bear.