You Can Now Buy A White Claw Halloween Costume

You may know Yandy because of their risqué Mr. Rogers and other Halloween costumes. They are back at it again this year with a sexy White Claw costume and it is everything you would hope it could be.

In order to have the ‘Hard Outlaw’ two-piece outfit in your collection, you will have to spend $54.95, but it is well worth it. The top features the words, ‘Outlaw, Party Hard’ on the front and #Darty on the rear. On Yandy.com, you can read the official description, which says: “Who’s up for a day party? “Lay down the law of liquid refreshments. Life is hard to handle without that five percent bubbly buzz. Be the sweetest seltzer on the shelf, and sip away your Saturday in this thirst-quenching exclusive Hard Outlaw costume… Grab some of your favorite gals, and wear different “flavored” stockings for the best group costume!” 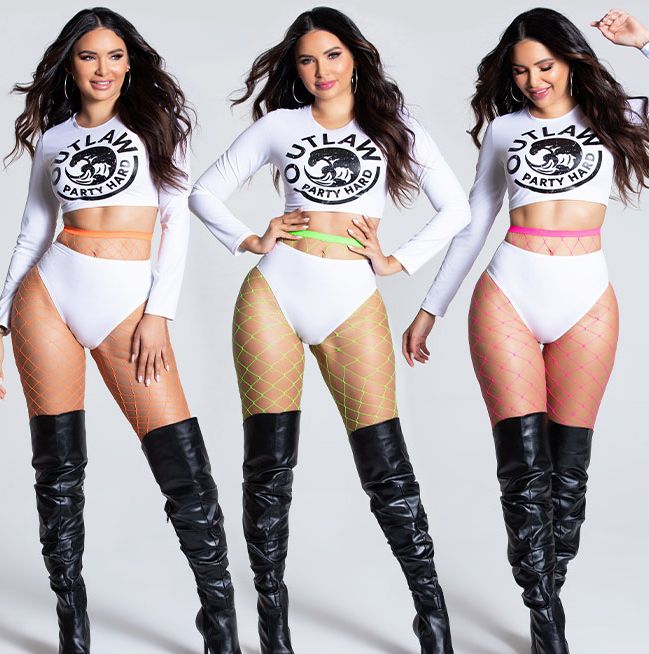 The ‘Hard Outlaw’ has been in the works since the spiked seltzer was named the drink of Hot Girl Summer 2019 according to a Yandy spokesperson. It got mixed in with other Halloween costume ideas and eventually was given the final look.

“We’ve seen a huge trend in spiked seltzer drinks and they are wildly popular with our team, too,” Alicia Thompson, Yandy’s director of brand marketing, told ELLE.com. “This costume was created in a two-piece bodysuit style and uses the popular hashtag trending on social. You won’t get the leggings in the picture but you can always use some neon fishnets.

This release is the first time an official spiked seltzer costume is available to buy. Twitter has a lot to say on the subject:

How many girls will slap a White Claw logo on a bandage dress and call it a Halloween costume? pic.twitter.com/kA3AzULCyI

Would it be acceptable for me to dress up as a white claw for Halloween?

halloween costume of the year: a can of white claw