What’s Inside A Lava Lamp And How Does It Work?

Most of us are familiar with lava lamps and we may have even had experience with them in the past. They are an epic part of our culture but manufacturers have not told us much about what is on the inside. Understanding more about how they work has given us an indication of what may be on the inside but the industry has not shared much information about the ingredients.

When you look at how a lava lamp works, you will see two different substances on the inside that don’t mix together.

The vice president of product development of Schylling, Bryan Katzel talked to Business Insider on the subject. He said that the liquid is made up of water, color dye and chemicals that keep fungus from forming. The other ingredient that causes the slowly changing shapes that float in the fluid is mostly wax. For Schylling’s lava lamps, it’s a petroleum-based wax called paraffin wax. You will often find it in cosmetics and candles.

The wax and water are different densities so they don’t mix together. For example, have you ever left an oil-based salad dressing sitting out and seen it separate? It’s the same principle but it may make you wonder why the wax in the lava lamp moves around so much. 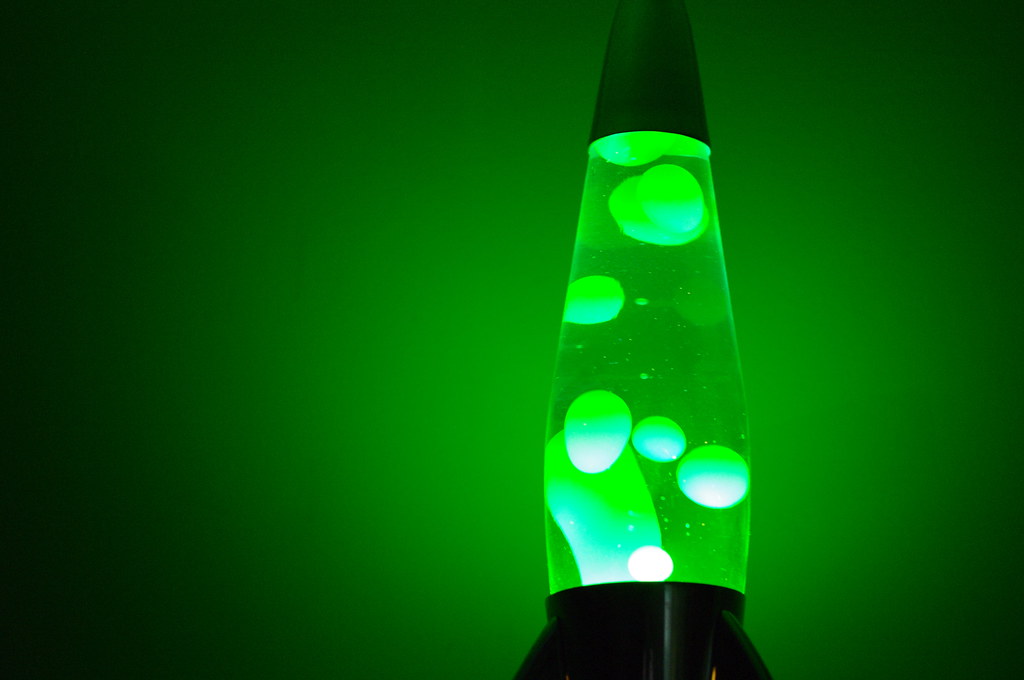 That is something that Katzel refers to as ‘lava magic’. Wax has a lower density than water so it should sit on top but with a lava lamp, the liquid on the inside is water fixed with different chemicals that cause it to be similar to the wax in density.

Each lava lamp manufacturer must use a blend of chemicals to achieve the density at just the right level. There is no one-size-fits-all solution because they are industry secrets. You might also want to try making a DIY lava lamp for yourself. Myria.com claims that some have done it by mixing wax with dry-cleaning fluid or brake cleaner. The water can be mixed with antifreeze and salt.

In the end, does it really matter what is inside of a lava lamp? They are always going to be useful for a specific purpose, and we all know what that is ;).