According to the UK company Swift Director Blinds, the booby-traps set in the McAllister’s home in the movie, Home Alone, would have caused a significant amount of damage. The calculations show that the damage would have amounted to around $11,800.

Some of the more elaborate and memorable pranks include covering a room with glue and feathers, covering the basement stairs in tar, throwing paint cans from a second-floor staircase and using a charcoal grill starter to heat the doorknobs of the entrance doors.

It would cost about $130 to replace the doorknob. Repairing the basement stairs would come at a cost of $910 and you would pay $3900 to clean up the glue and feathers. Considering the fact that the house would need to be redecorated after all of those damages, you could tack another $4420 on to the bill.

The other $2340 included in the bill would be for fixing damage from all of the other traps included in the movie. This would include buying new Christmas ornaments and fixing the shelves that were broken when the iron fell from the laundry chute. 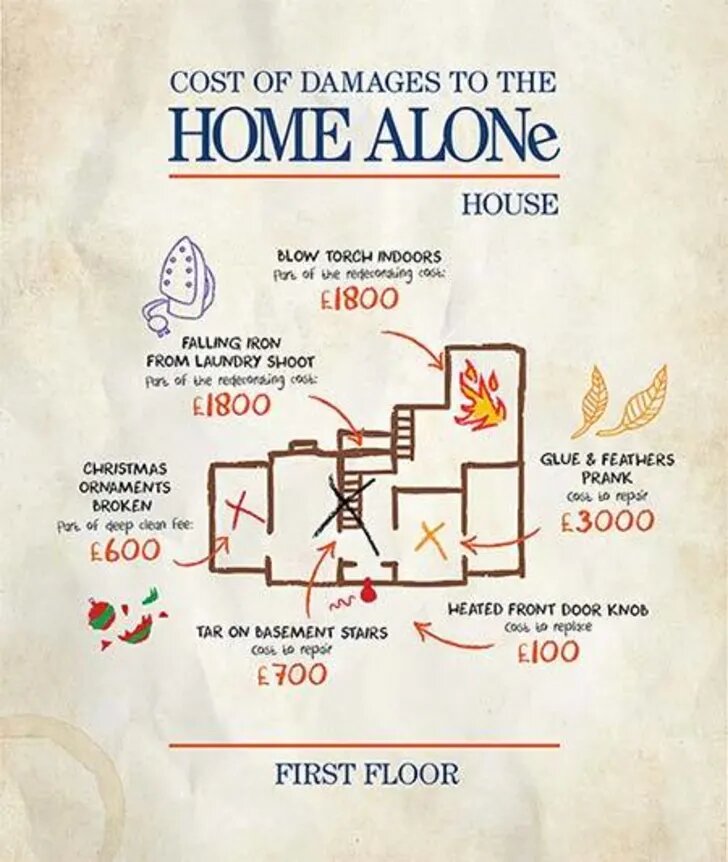 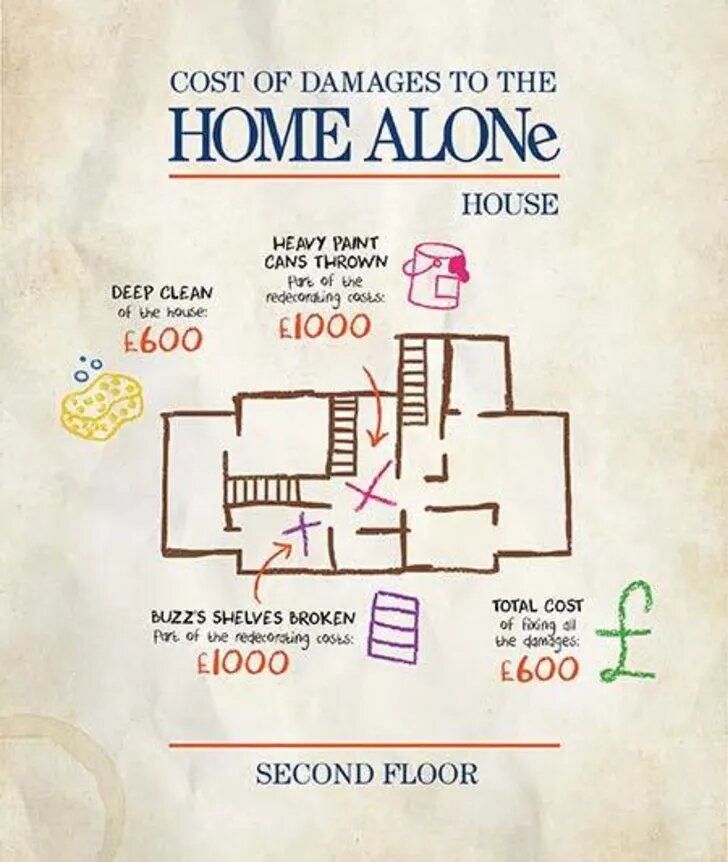 The price includes the physical damage but it does not include the medical treatments that would be necessary for Harry and Marv after going through such an ordeal.

There is a lesson here for all of us. If you have children and plan on traveling over the holidays, make sure you have them with you.