Being a kid these days is hard, between anxiety induced by social media, bulletproof backpacks, and the regular childhood fears – the last thing that kids need to be concerned about is counting calories.

And yet, that is where the former Weight Watchers comes in, after having recently been rebranded as WW. They have created a new app called Kurbo, where kids can use their phones to count calories. The worst part is, the app is specifically targeting kids as young as eight-years-old. 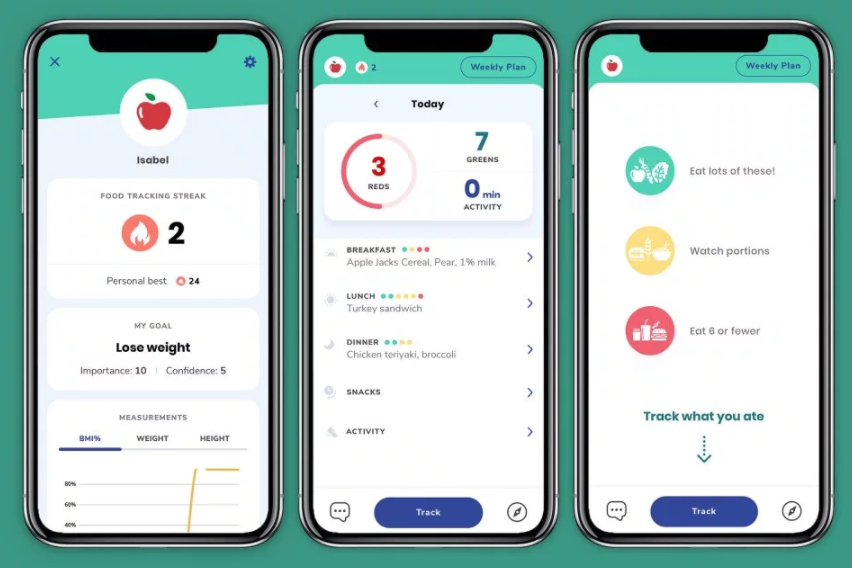 Adolescent mental health advocate Whitney Fisch did not refrain from posting on her Facebook, “You NEED to Shut. This. Down.” 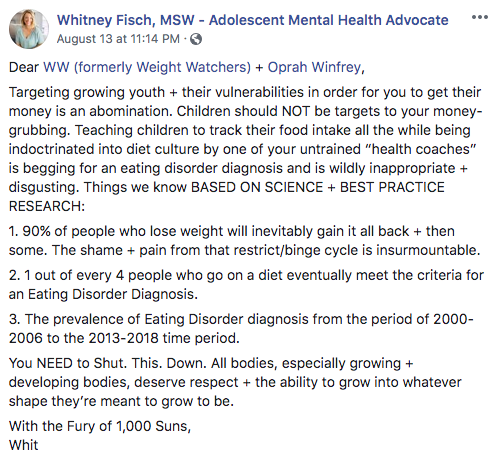 Fisch explained, “Teaching children to track their food intake all the while being indoctrinated into diet culture by one of your untrained ‘health coaches’ is begging for an eating disorder diagnosis and is wildly inappropriate + disgusting.”

Twitter also had a strong reaction from their users, many of them who are survivors of eating disorders or mental health experts.

I thought that I hated Weight Watchers. I have not hated them as much as I do right now.

Making weight loss trendy for children is making the development of eating disorders easier and trendier. I am not here for this.

I’m trying to focus on work, but I’m fighting tears.

Tears for each precious child that will be subjected to #Kurbo. I was that child forced on a diet. I also became that teenager with an eating disorder. And the adult in quasi-recovery.

It doesn’t have to be that way.

Hello and fuck you to Kurbo, Weight Watchers’ new app. Encouraging kids to track/lose weight at a time when their bodies are naturally changing (kids SHOULD!! put on ~30-40 pounds during puberty) is GROSS. No to mention that “bad/good” food language that is SO DAMAGING. https://t.co/AoVGABOWeg

The app can’t really hold up under the scrutiny of downloading.

Just looked at the kurbo app from weight watchers. So what I’m seeing is that if you eat a “red light food” you have to exercise more, and they’re LITERALLY equating losing weight with confidence. Do I need to say more? Also apparently a protein bar is a red light food. Fuck this pic.twitter.com/M0AFeMVe80

While there are plenty of healthy ways to encourage healthy eating habits, experts are all in agreement that none of them involve micro-management of food using traffic signals.

If “Kurbo Coaches” are trained to pick up on early warning signs of disordered eating behaviours, does that mean that @ww_us KNOW that their app can result in lots of young children with #eatingdisorders? You’ll allow them to get dangerously close to developing an ED? #kurbo pic.twitter.com/bnz3zfK450

Kurbo has responded to peoples’ criticism of the app by assuring that they have specially trained “Kurbo coaches” who are tasked with trying to identify eating disorders. While not said outwardly, this pretty much sounds like even they feel that their app could lead to eating disorders.