How to Get a Week’s Worth of Groceries at Whole Foods for $20! 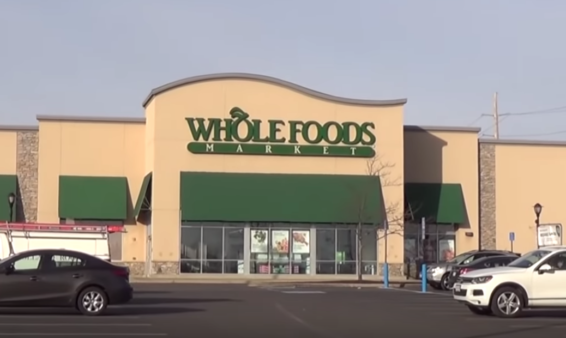 When I think of Whole Foods, the first thing that pops into my mind is, “That’s way too expensive for my budget.” Yes, the store does have rather pricey items, but there are a surprising amount of things that are reasonably priced. To prove this point, one YouTuber decided to do a budget challenge – specifically, she set out to get an entire week’s worth of groceries for just $20. This is budgeting to the extreme! She only made enough food for one person to get through the week, but these recipes could easily be adjusted to accommodate more people, just know that you’ll be spending more than $20. Let’s take a look at what she purchased and what she came up with for meals! 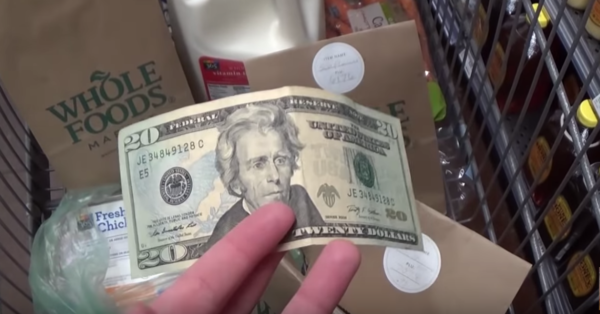 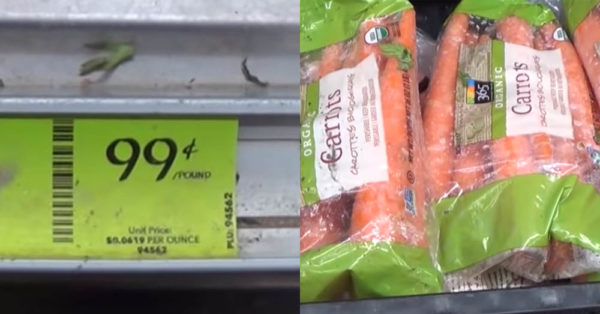 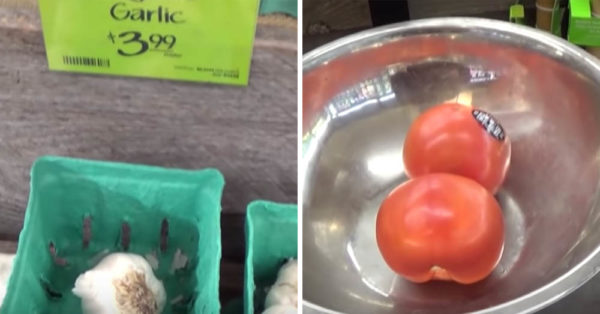 First up, the produce section. You might think (like I did), that the organic, non-GMO fruits and veggies would be ridiculously priced, but it turns out you can find some good deals if you know where to look. Carrots, for example, are only 99¢ a pound! Tomatoes are also super reasonably priced. The garlic may look expensive, especially when the price is labled per pound, but one head of garlic only a fraction of a pound, therefore making it less than a dollar per head. 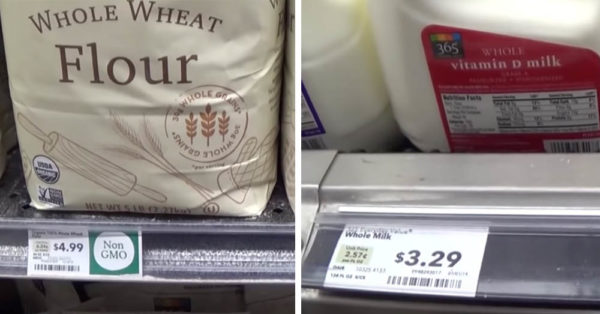 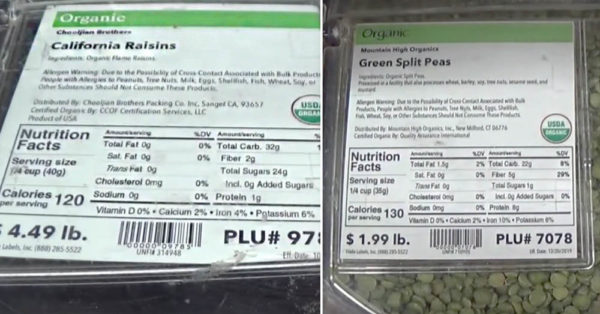 Next up, flour and milk. These are probably the most important ingredients on this week’s grocery list. You’ll want to get the organic whole wheat flour, which is surprisingly cheaper than the name-brand all-purpose flour. Make sure you get whole milk as well. By getting whole wheat and whole milk, you will get better nutrients and you’ll be fuller faster, which will help with portion control. If you already have flour on hand, you’ll just be saving that much more money.

Next up, we have the bulk section! This is a total game-changer when it comes to getting specialty ingredients at low prices. You still have to do some research to see which of these is the cheapest, but overall, this section is amazing for when you’re on a strict budget! This woman grabbed raisins, split peas (lentils could work as well for the recipe she has planned), and lastly, sunflower seeds! 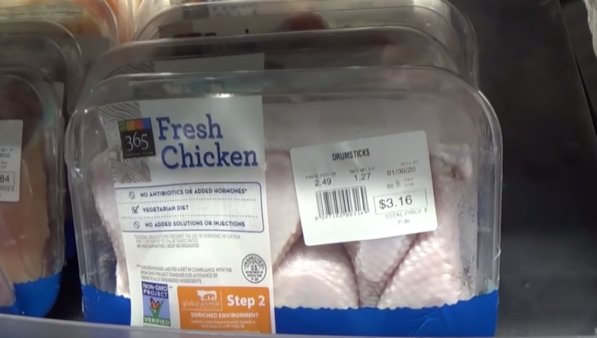 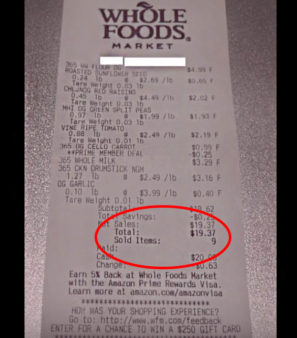 Lastly, it’s time for some protein. The chicken drumsticks are very inexpensive, especially considering how much meat you get! A pound and a quarter for a little over $3. As you can see, the final total came out under $20. For the meals below, the YouTuber did use a few things she already had on hand, like oil and a few spices. Chances are, you’ll have these things on hand as well. 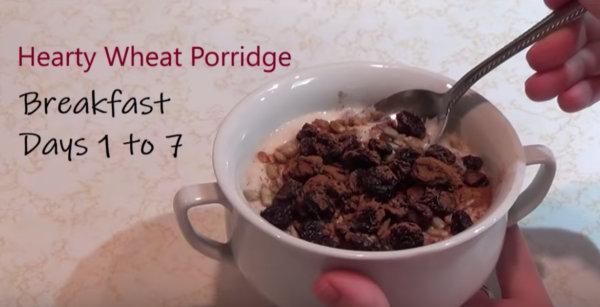 If you’ve ever been on a tight budget, then you can appreciate the fact that cooking in large quantities and having leftovers the next day can save you both time and money. For the purposes of this challenge, this woman made several meals in batches and had the same breakfast, lunch, and dinner all week. It may get a little boring, but desperate times call for desperate measures. If you have a little wiggle room in the budget, you can splurge on mac & cheese or another cheap meal to switch things up.

Breakfast is pretty straight forward. This hearty wheat porridge will fill you right up! The porridge itself is ridiculously easy – just heat up wheat flour and milk over the stove, and add a bit of brown sugar for flavor. Top with more brown sugar, raisins, and sunflower seeds. Delicious! 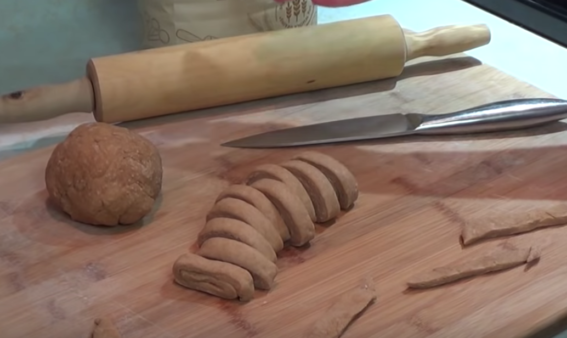 Lunch is an amazing chicken noodle soup with roasted garlic & tomato flatbread. The noodles are homemade, and amazingly easy. I’ve always thought homemade noodles would be difficult to make, but it’s really just flour, salt, oil, and water. Roll out your dough, cut into strips, and let dry for a few hours. Then you’re ready to boil the noodles! For the soup, prepare the chicken by boiling the drumsticks. Take the skin and meat off of the bones to use for the soup. The broth consists of the water used to boil the chicken (for added flavor), carrots, and a few spices. Add your cooked chicken, as well as your noodles, and let cook until the noodles are done. Stay tuned for the flatbread recipe below! To make the topping, simply roast a head of garlic and squeeze out a clove or two onto the bread, spreading like butter. Top with chopped tomatoes and some salt and pepper. That’s it! 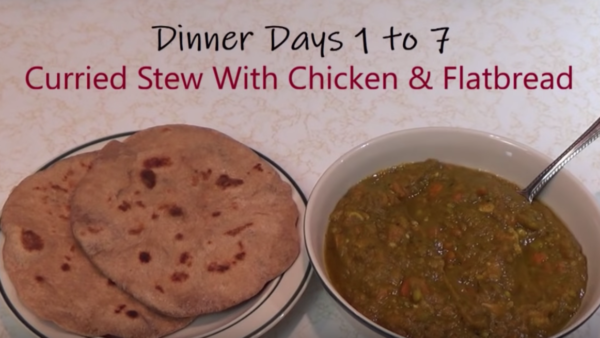 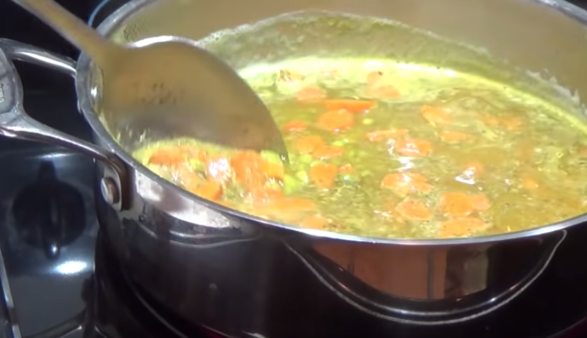 Finally, dinner for the week is a delicious curried stew with chicken and flatbread. This is where the split peas or lentils come into play. Boil the split peas and add in your carrots. Season the stew with garlic powder, salt, and pepper. If you have turmeric and curry powder on hand, go ahead and add some of those spices as well. Cook everything for at least 45 minutes. Add in chicken, and there you have it! Grab some flatbread to have with your stew, and your dinner is complete. 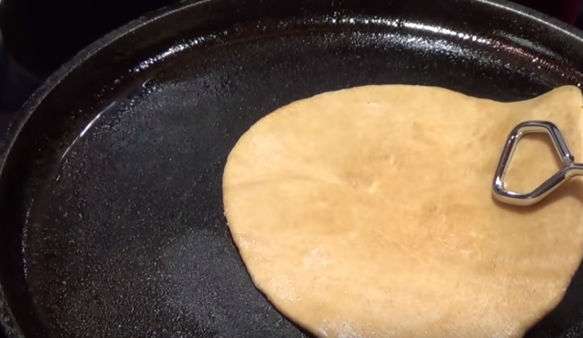 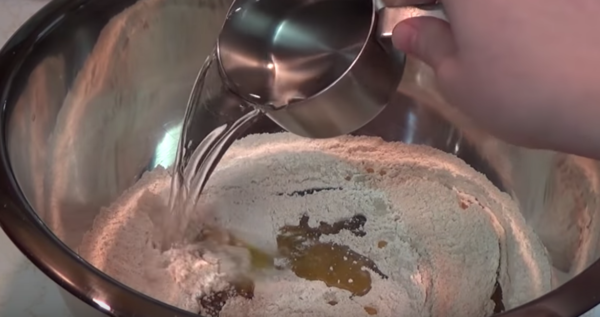 The final piece of the puzzle is the flatbread. This is another shockingly easy recipe that is similar to the noodles. Combine flour, salt, a bit of sugar, oil, and water. Roll into a ball and then separate into twelve balls. Flatten them out and cook them up in a pan.

Get the full shopping list and recipes in the video below!