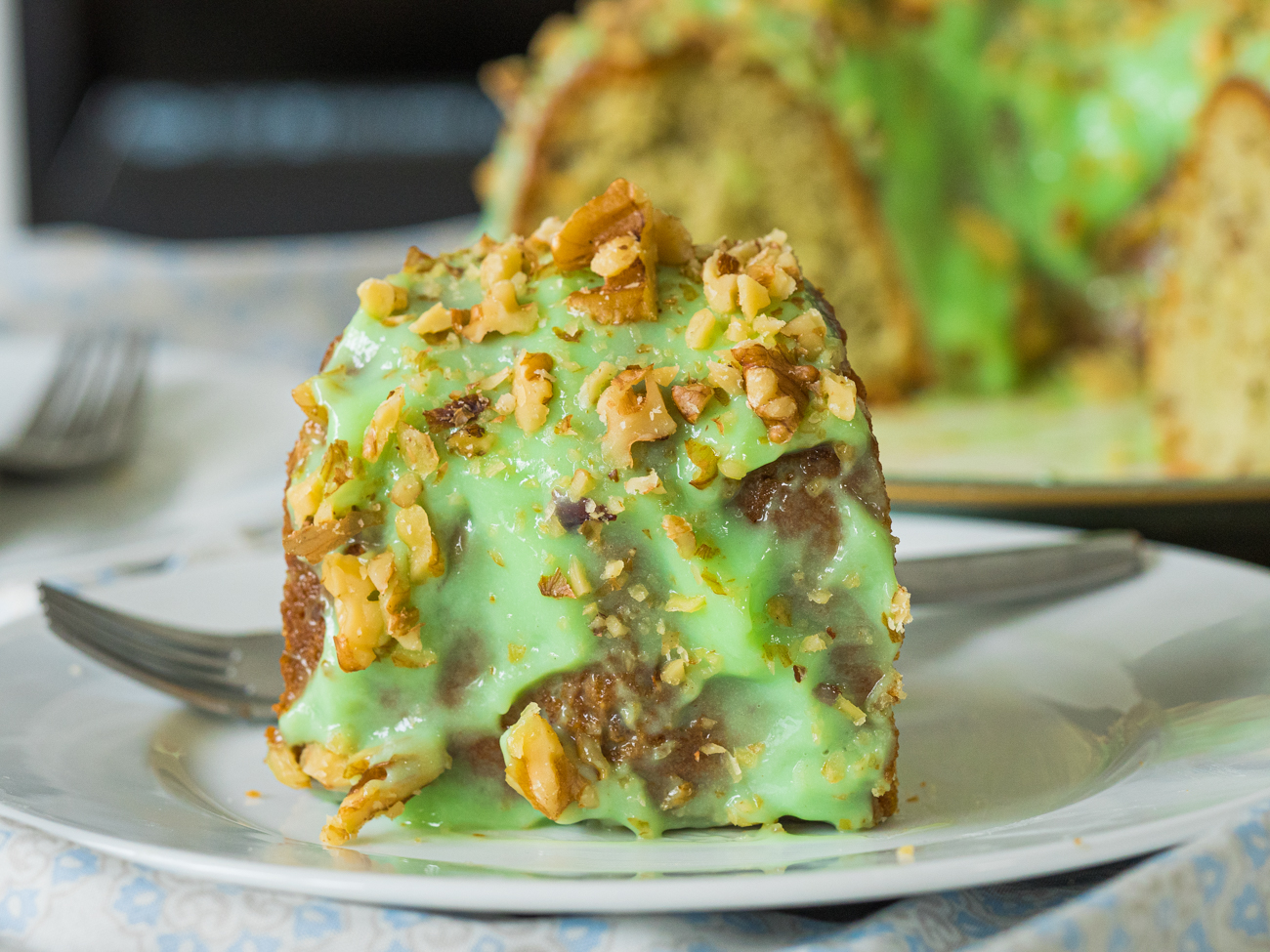 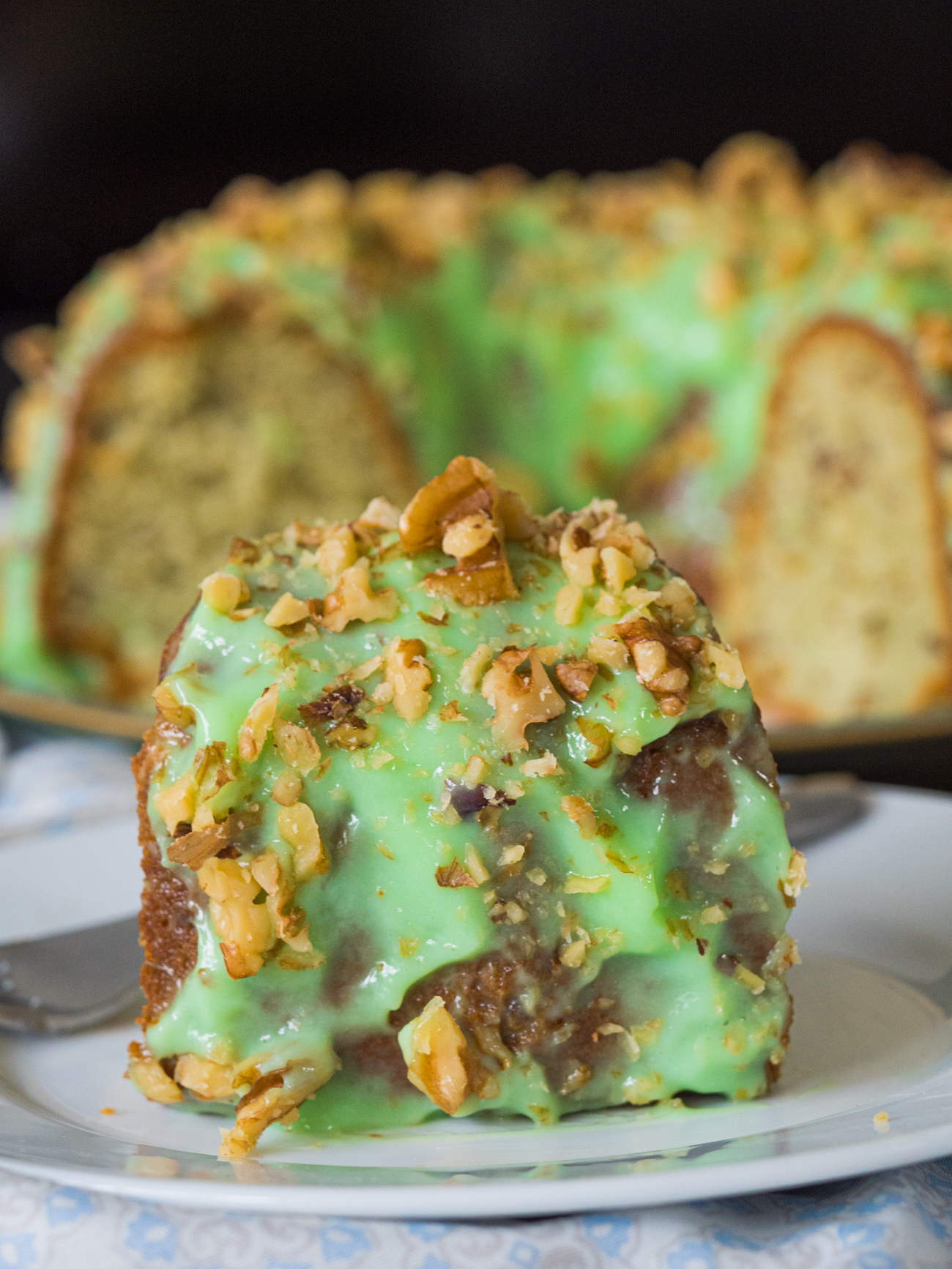 The story really begins with Watergate “salad,” which was originally known only as “pistachio salad” and featured pistachio pudding, pineapple, marshmallows, Cool Whip, and chopped nuts. It was born in the era when “instant foods” were first on the rise but wasn’t renamed with its Watergate moniker until a decade or two later. 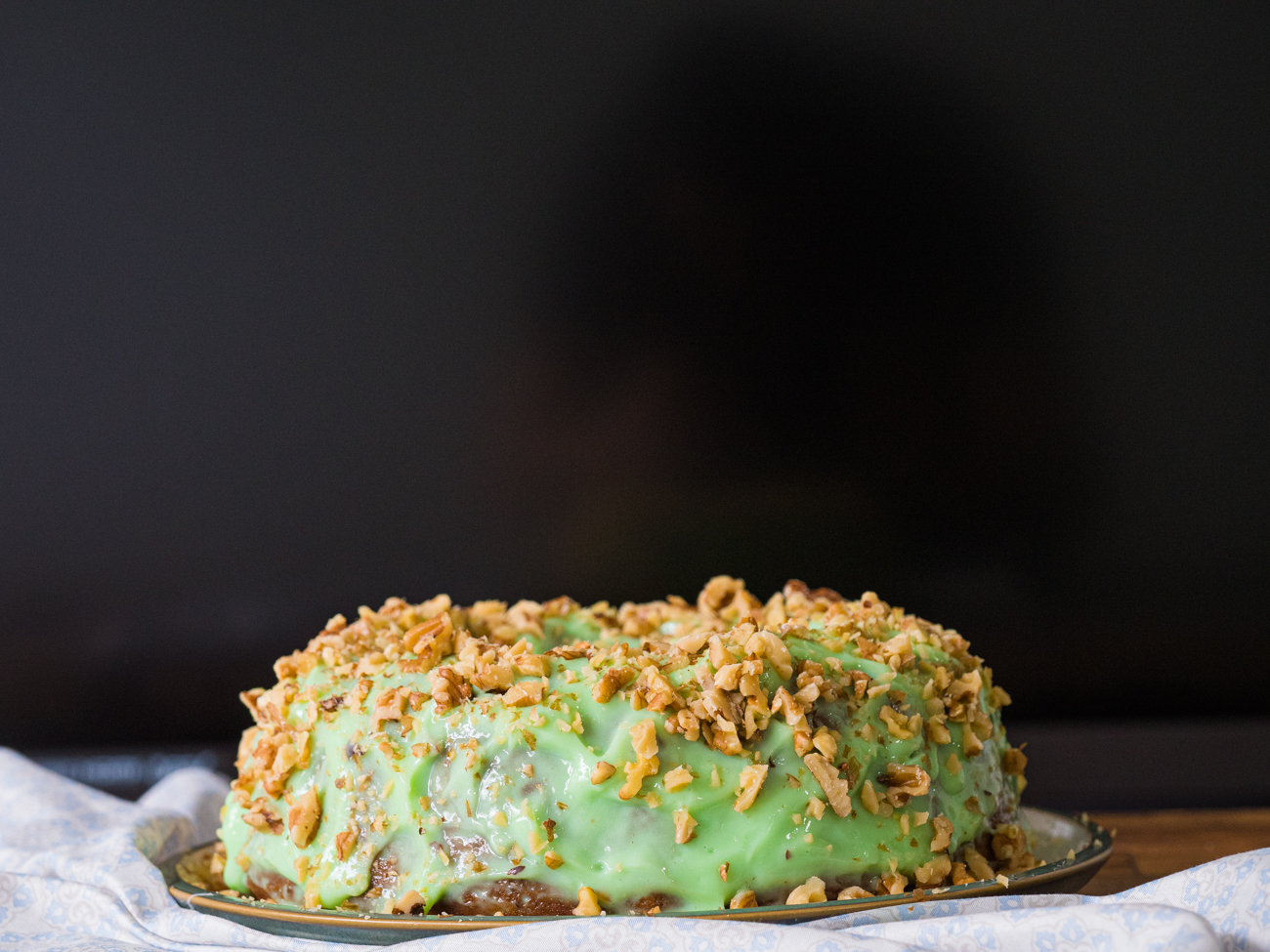 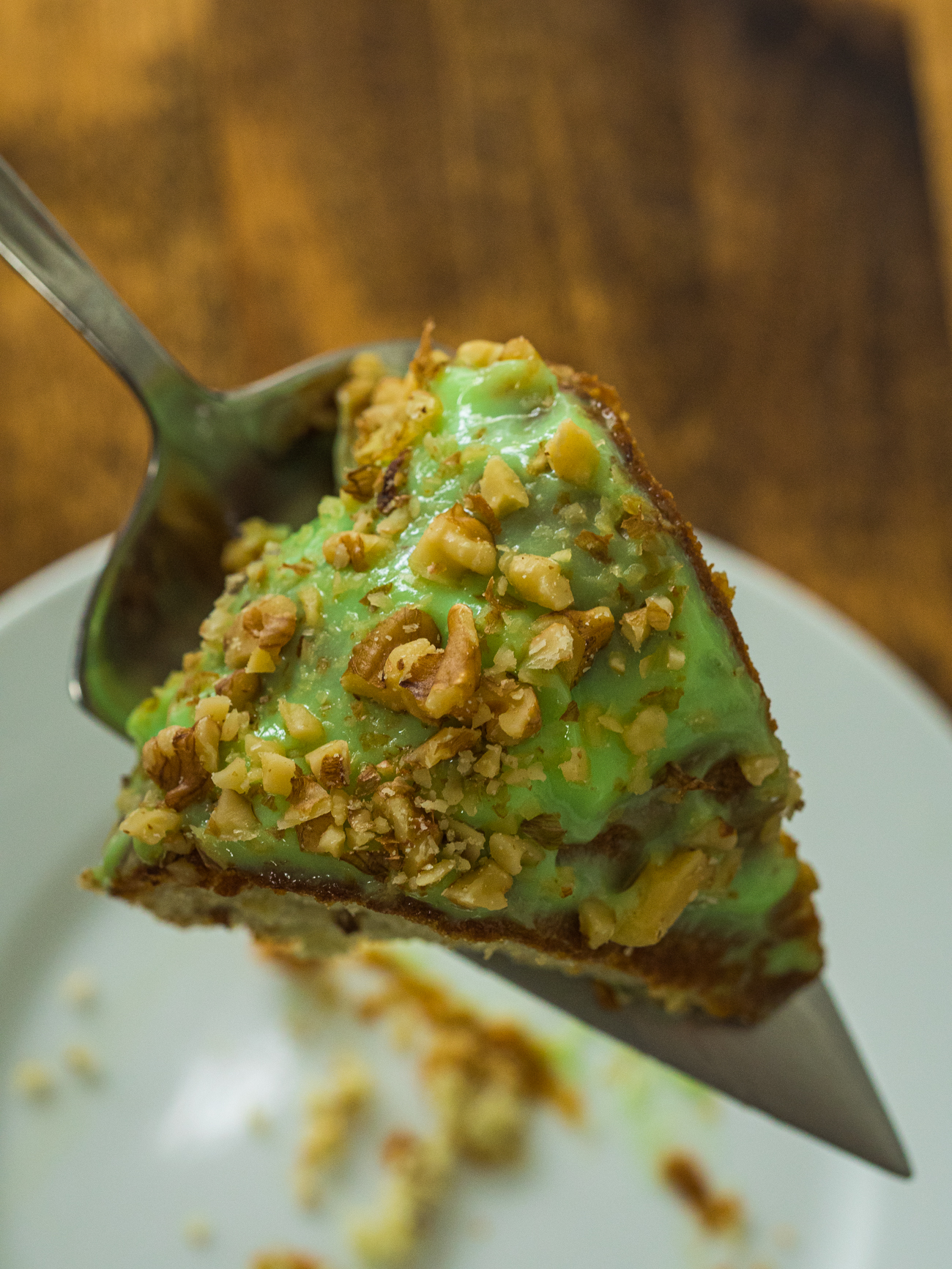 The cake version probably came to be in the 70s as well, fashioned after the salad but with slightly different ingredients – pistachio pudding, white cake mix, club soda (no pineapples or marshmallows) and a frosting made from more pistachio pudding and Dream Whip, which is the powdered version of Cool Whip. 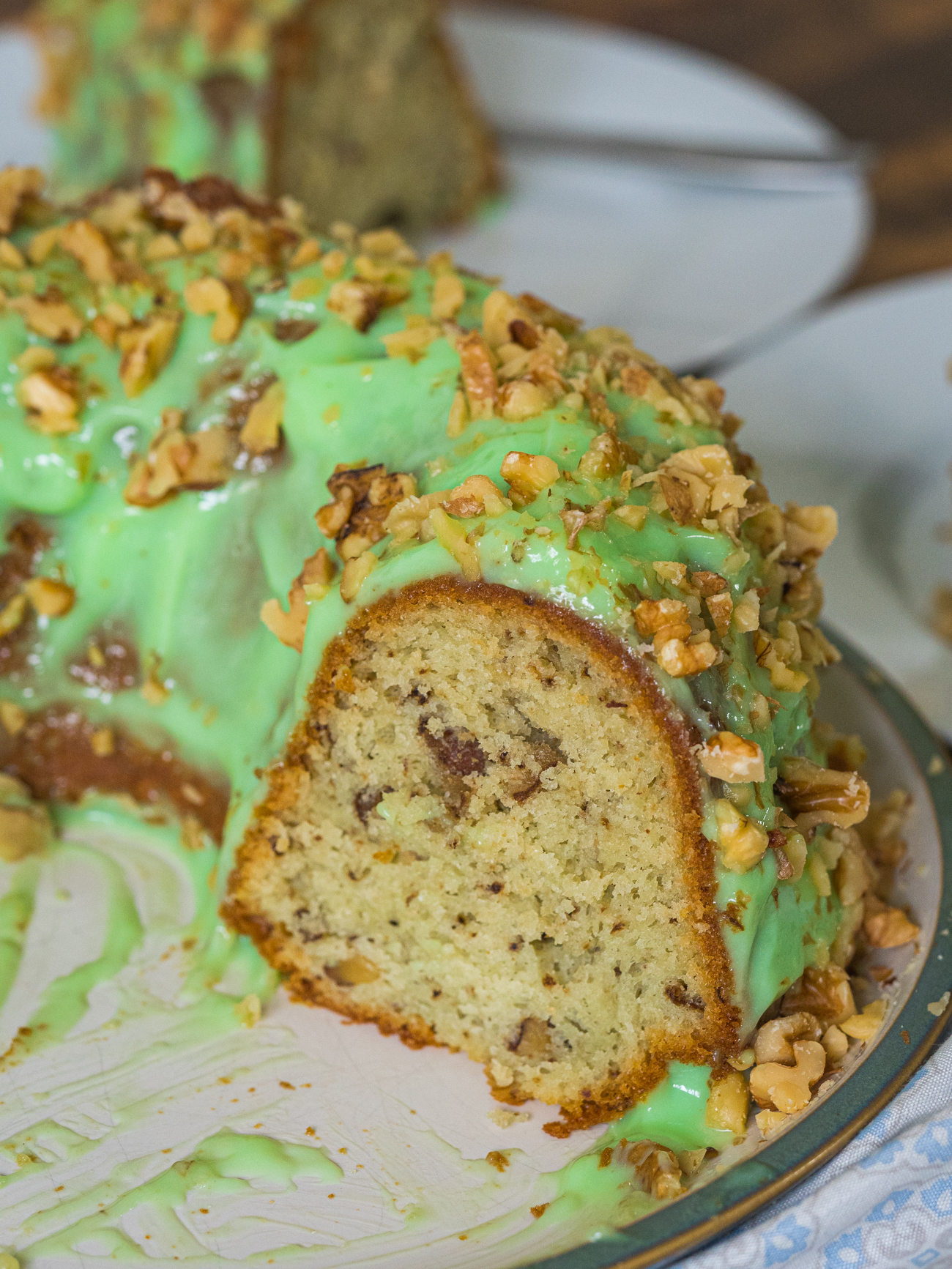 Like the salad, it got its name sometime after the Nixon scandal though the dessert has little (if anything) to do with the break-in. It’s very green, but it’s also a light yet moist cake with plenty of pistachio goodness going on. It uses plenty of shortcut foods, but it makes good use of them – it’s a truly tasty cake with a retro vibe. 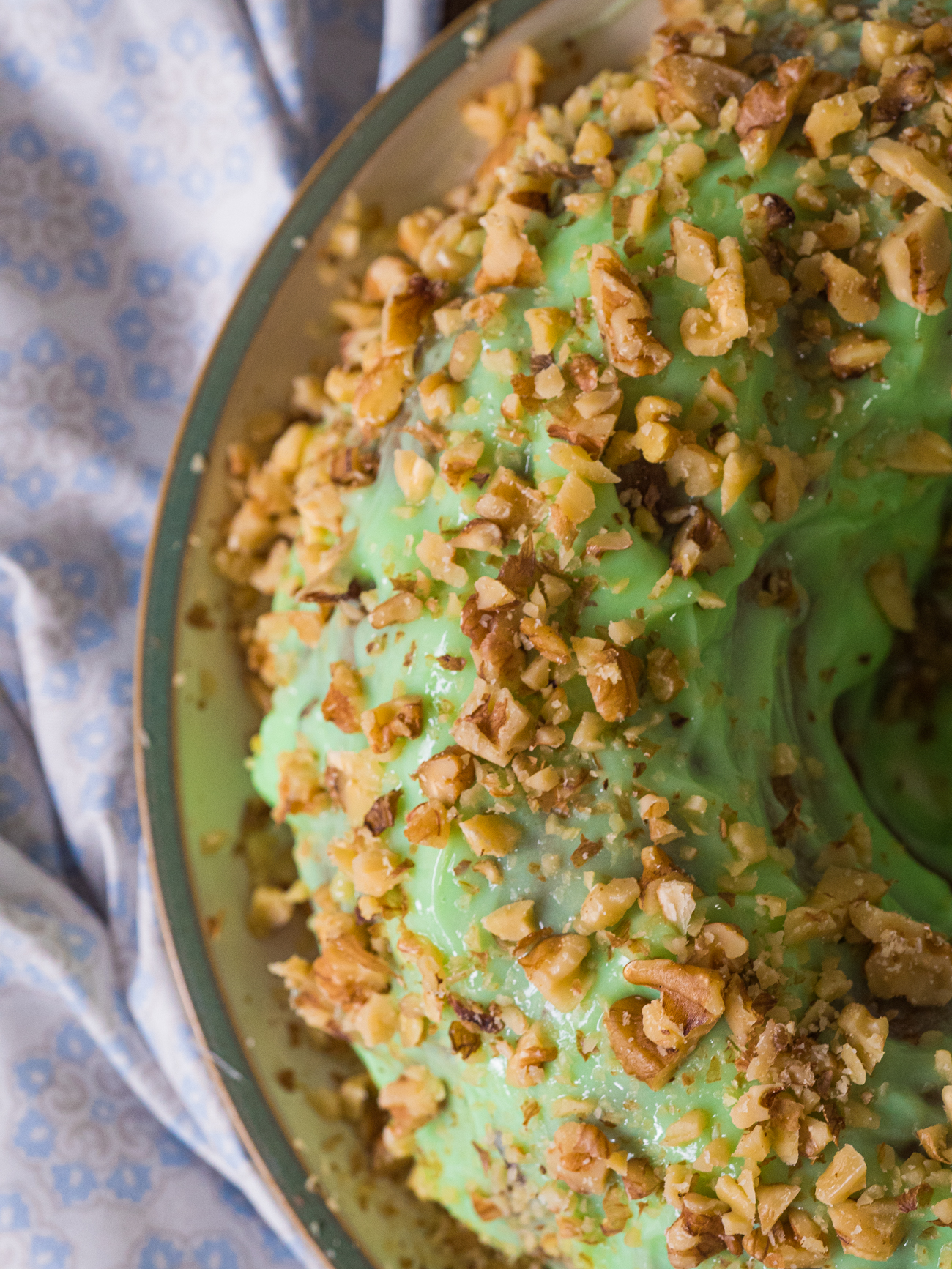