With all the sugar substitutes and low-glycemic syrups on the market, this is advice that most health care practitioners today would get behind. During the First and Second World Wars however, regular folks were advised against eating too much sugar not for health reasons, but because the importation of sugar cane required ships and put a strain on the U.S. Navy.

The public was urged to sweeten their food with honey, molasses, or corn syrup instead of sugar. 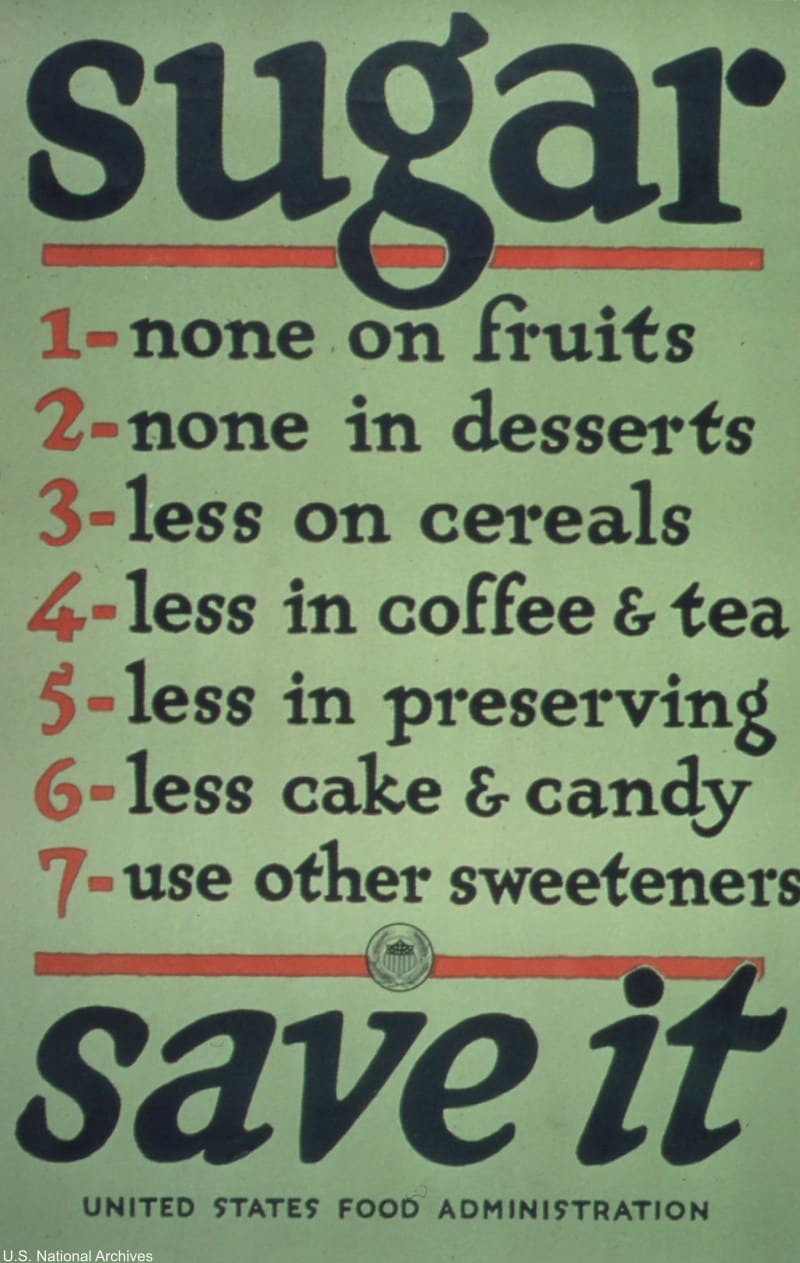 Eating a varied diet, one that includes a wide array of fruits and vegetables, is widely held today to be a very healthful habit. But, even with all the biscuits and gravy, meatloaf, and doughnuts they ate back then, they still were striving for a diet rich in vitamins.

The chart below confusingly lists butter and margarine as their own food group, but aside from that is very heavy on the fruit and veggie recommendations. 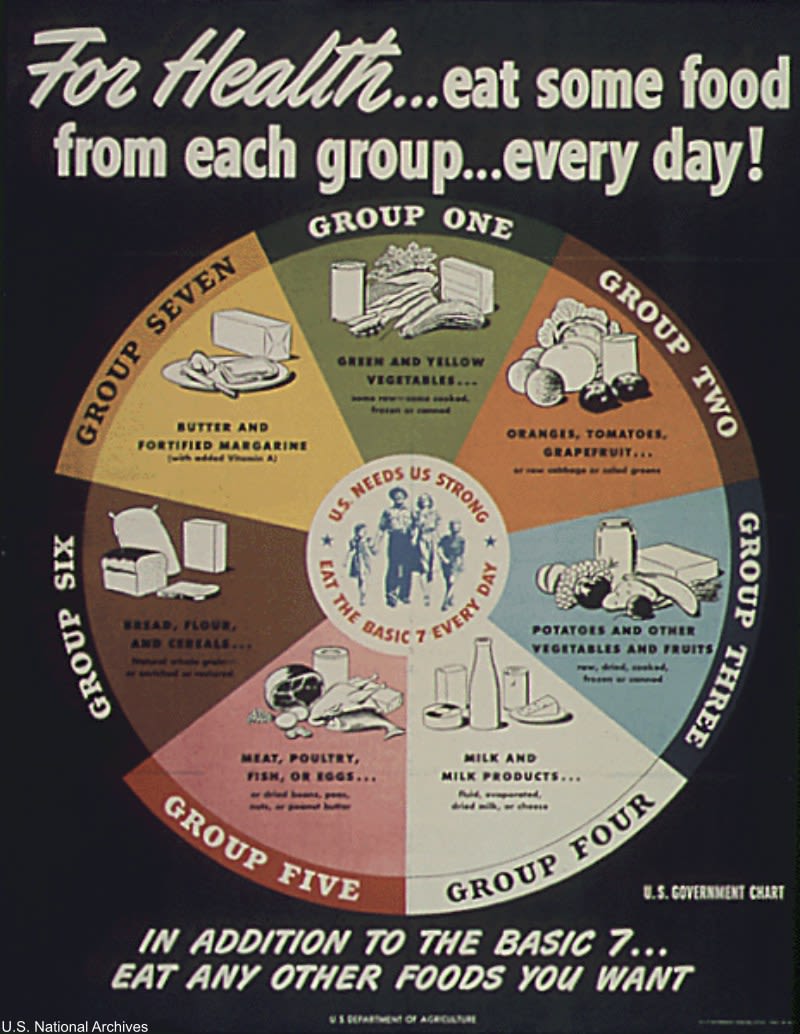 2) Carpool When You Can

To save gasoline, a heavily rationed commodity during World War II, ride sharing was encouraged. Of course, they didn’t call it carpooling back then, but the sentiment was the same. 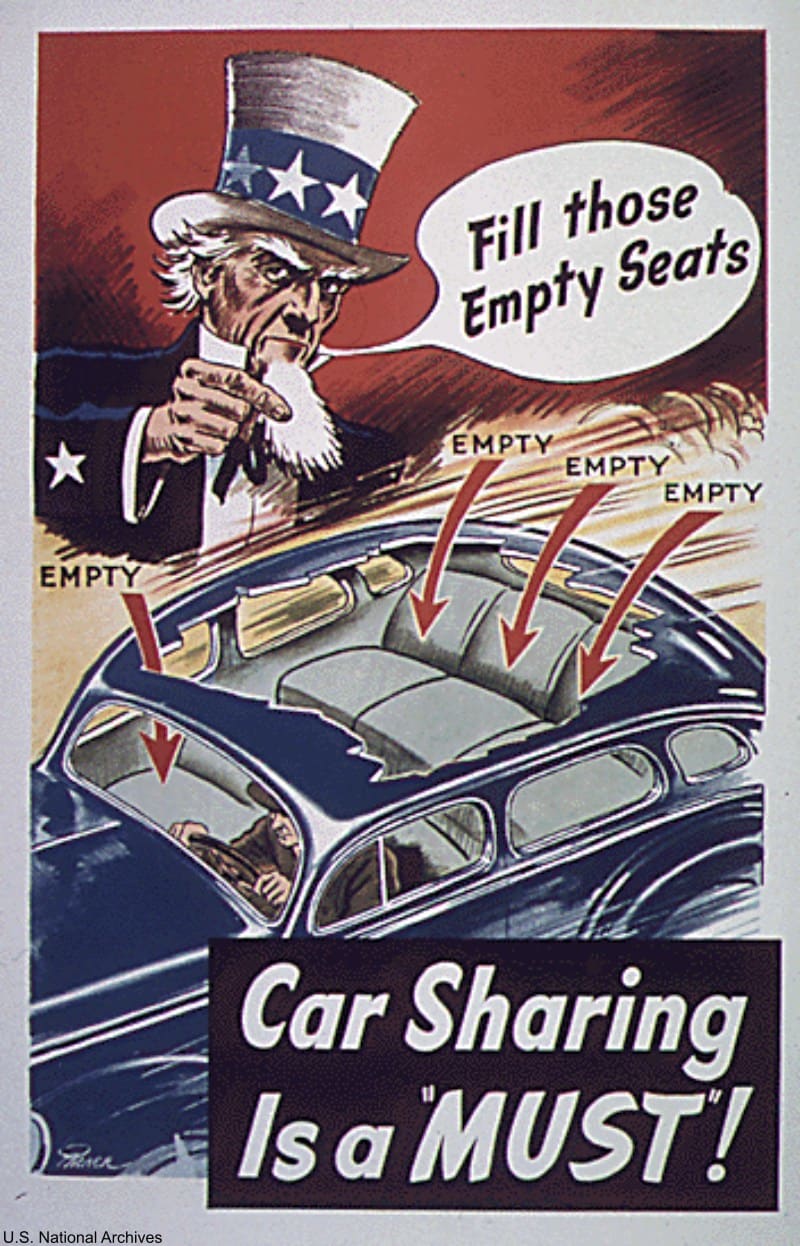 Ok, so recycling programs were not extensive back in the first half of the 20th century. But, scrap metal and rubber drives, as well as grease and oil recycling at local butcher shops, were frequently promoted by the government and by local aid organizations. 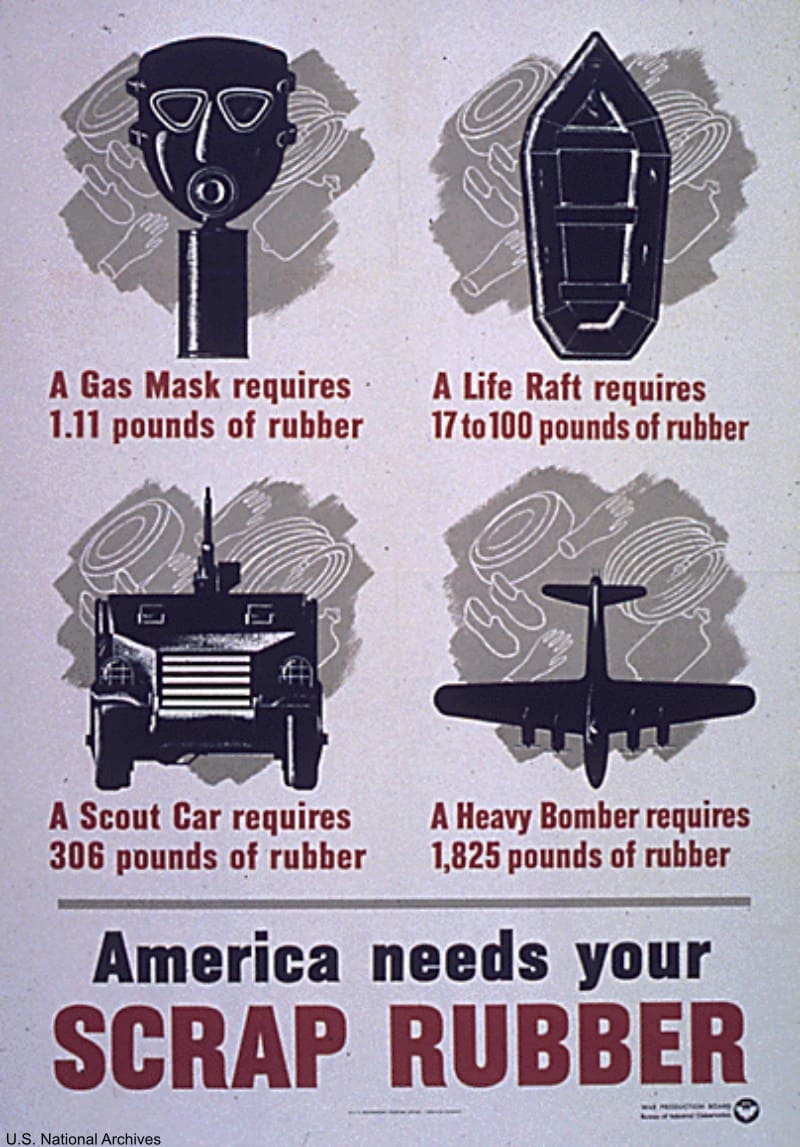