Walt Disney’s “Technicolor Dream Home” Is On the Market

Built in 1962 for Walt Disney and his wife, Lillian, this Palm Springs home is now coming on the market again after having been used as a rental for events and special getaways. The house is modest by today’s standards for someone so successful as Disney, but this reflects his lifestyle. Remember, Disney’s apartment at Disneyland was not very large and he lived there much of the time that Disneyland was being built. The home was created to be the couple’s golden years home. 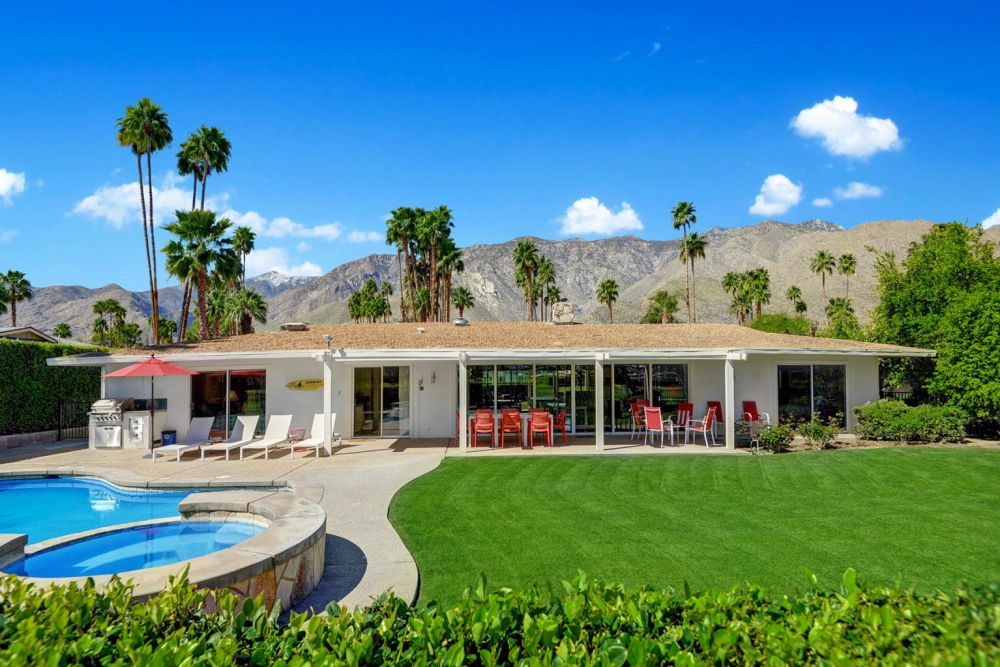 The house features 4 bedrooms, each with en suite bathrooms, so it’s not tiny. But, it’s a far cry from the mansions that many wealthy entertainment moguls live in today. The neighborhood, Indian Canyon, is filled with three bedroom homes, but Disney had his ranch house plan altered to include an extra bedroom and accompanying bathroom.

The house has the classic midcentury design, with square architecture and stone accents. The house is 2,443-square-feet with a garage, hot tub, pool, and an open floor plan that was typical of the 1960s atomic ranch style of architecture. 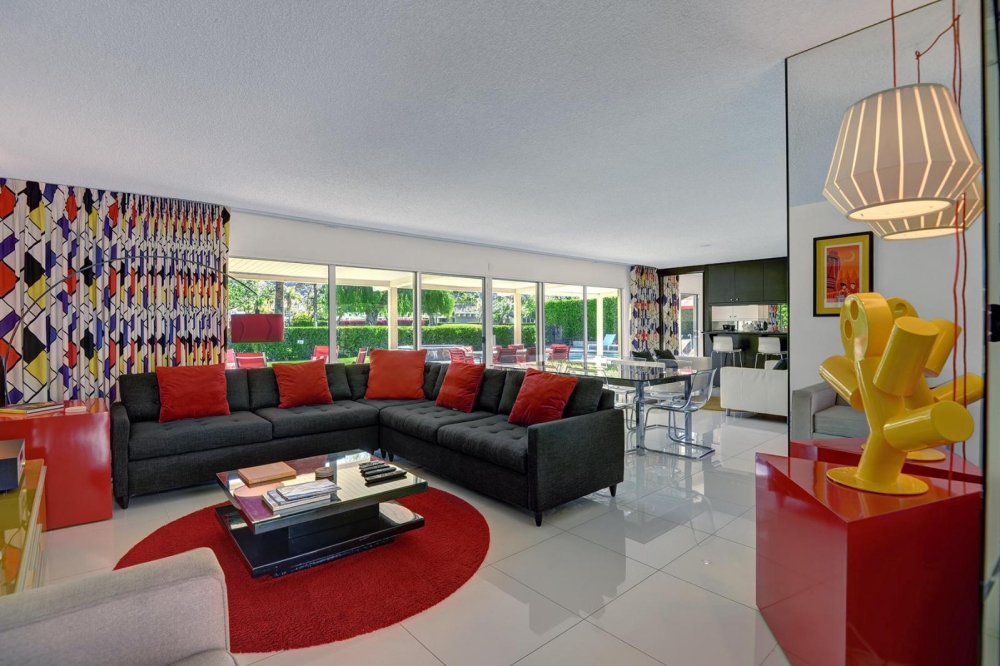 The lot size is 10,890-square-feet with desert landscaping in front and a luscious grass backyard that joins up with the local golf course.

The back of the house has a huge wall of glass doors which allows for a feeling of openness and brings the outdoors inside. Disney referred to the house as his “technicolor dream home” and filled the space with a ton of color on the walls, the floor, and in the decor. There are several “easter eggs” hidden around the house, one inside a closet and another near the one of the baseboards, each giving it that signature Disney touch. 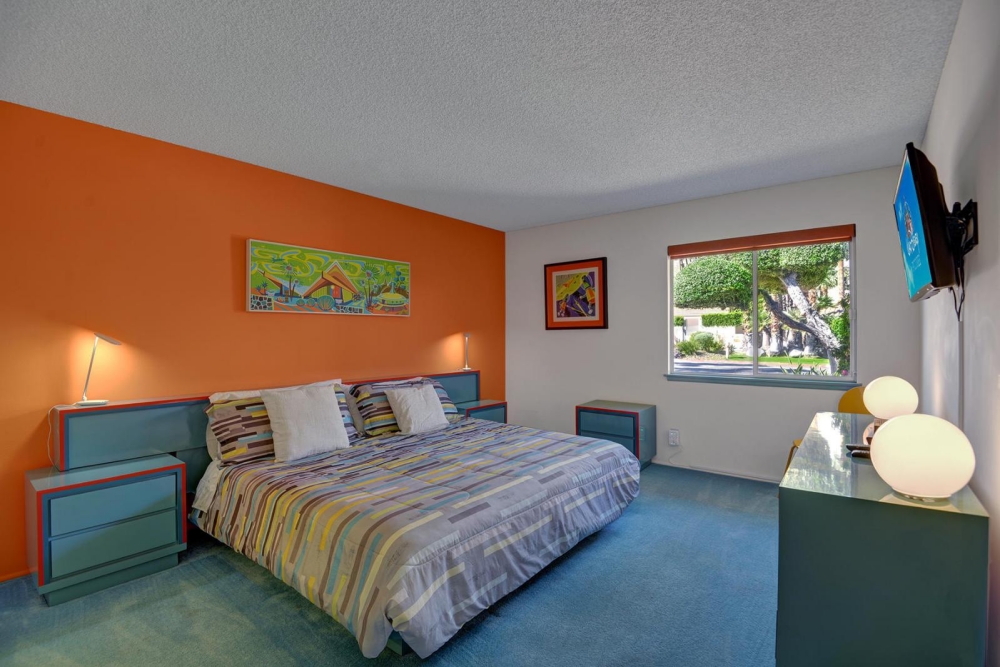 Recently the house has been equipped to fully run on solar energy, which is a nice feature considering that the home is located in California. Solar panels are located on the roof of the garage.

Most of the rooms give spectacular views of the mountain ranges that border the Coachella Valley in all four directions. 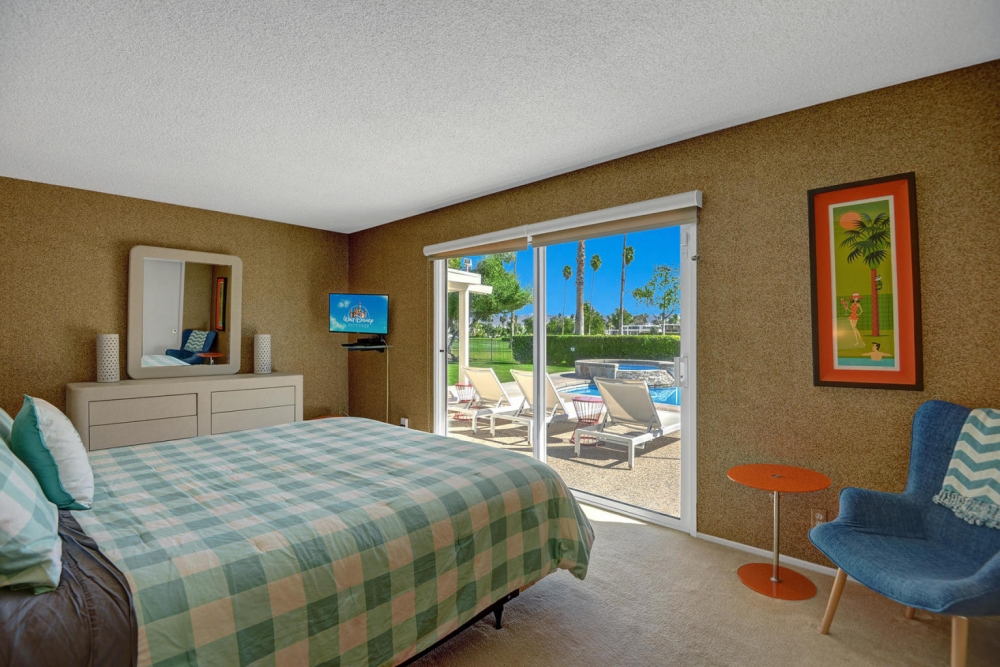 Disney died only 4 years after this house was built, but the house remained in the Disney family until 2015. The house is currently up for sale for the price of $1,095,000 which seems a price many people would pay in order to own a little piece of Disney history. 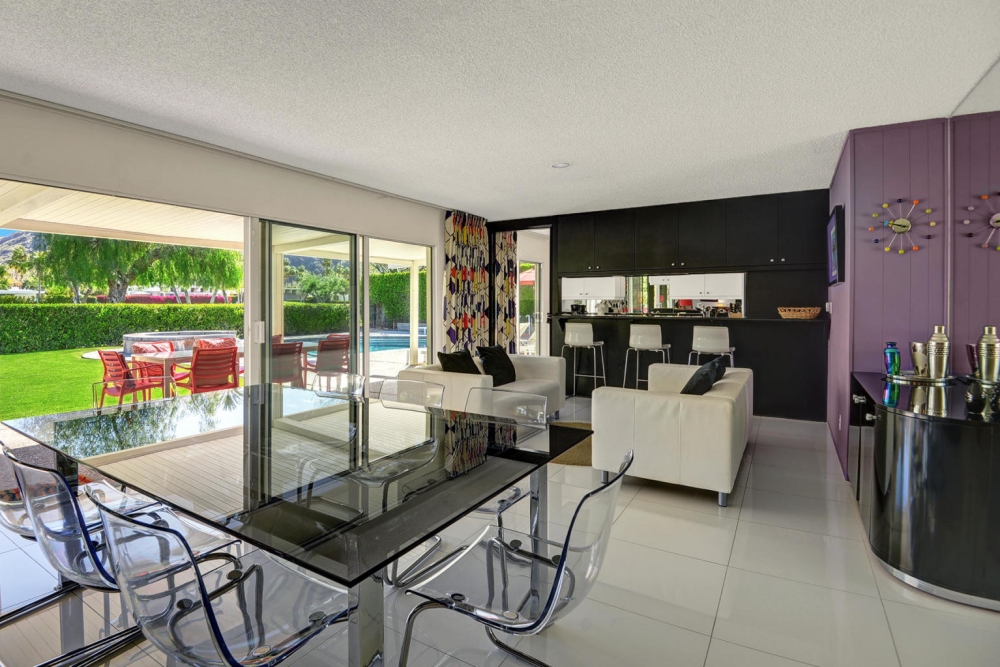 You can see inside this amazing home, decorated with retro 1960s furnishings, in the video below.