Who Owns These Precious Artifacts Recovered by the FBI? It’s Anyone’s Guess

In the world of collecting there are many old objects which cannot legally be sold. But, that doesn’t stop people from buying them anyways. Many collectors don’t know the laws surrounding these items. And for some the lure of having relics is too great to resist even when they do fully understand what they are buying. This is why a massive collection of artifacts now must be returned to their rightful owners. 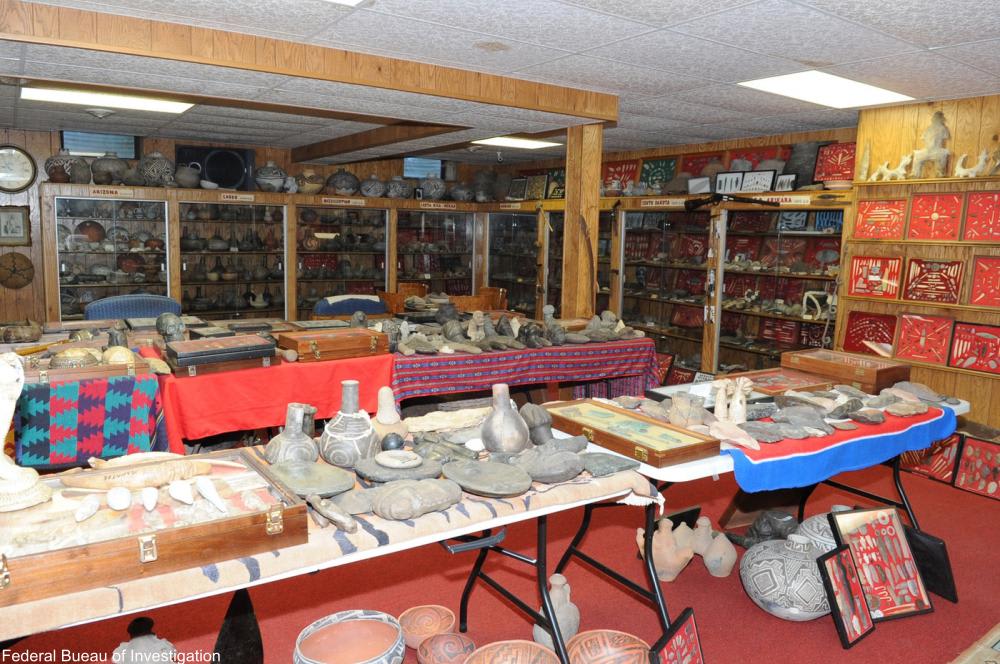 In 2014 the FBI was tipped off about the illegal possession of thousands of cultural artifacts. When law enforcement arrived on the scene they found Ming vases, Native American artifacts, and even human remains.

The Waldron, Indiana, site has since been emptied of the precarious loot, but now the FBI wants to find out who these cultural and historical items actually should go to. The rural house where the collection was found was owned by Don Miller, one of the engineers who worked on the production of the first atomic bomb. Miller later worked for 30 years at the Naval Avionics Center in Indianapolis and was 91 when the FBI began investigating the ancient artifacts.

Miller was a respected member of the community and those who knew him say his entire house was like a museum, and he sometimes gave tours of his enormous collection. 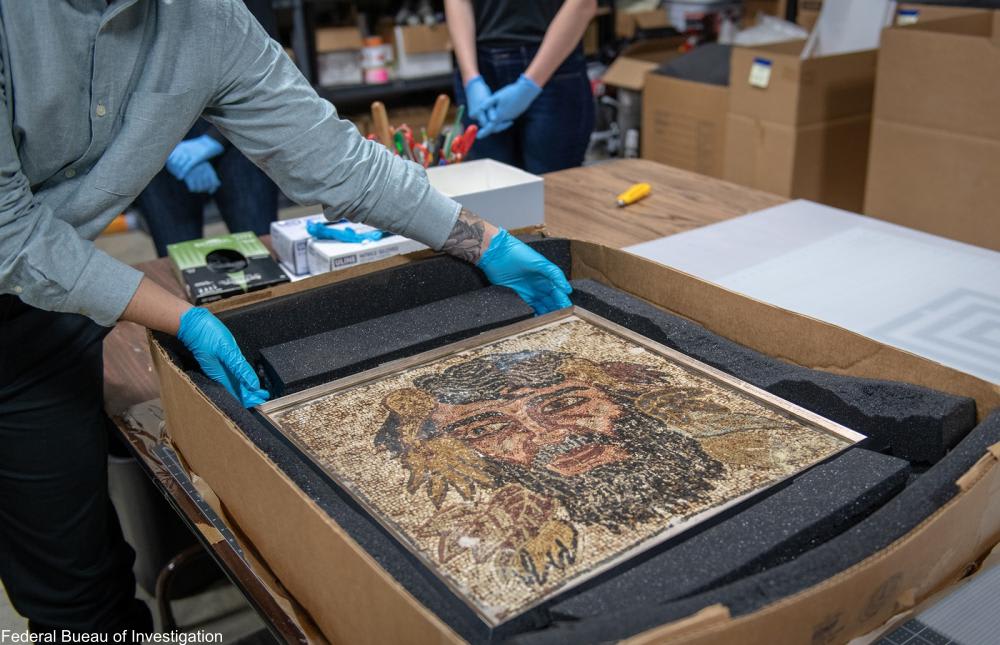 The trove included rare items like ancient weapons, pre-Columbian pottery, an Italian mosaic (seen above) and other precious cultural relics. The items were surrendered by their former owner before his 2015 death when the FBI learned that many of them were obtained illegally. Of pressing concern is the massive collection of Native American artifacts and around 500 Native American remains found on site. 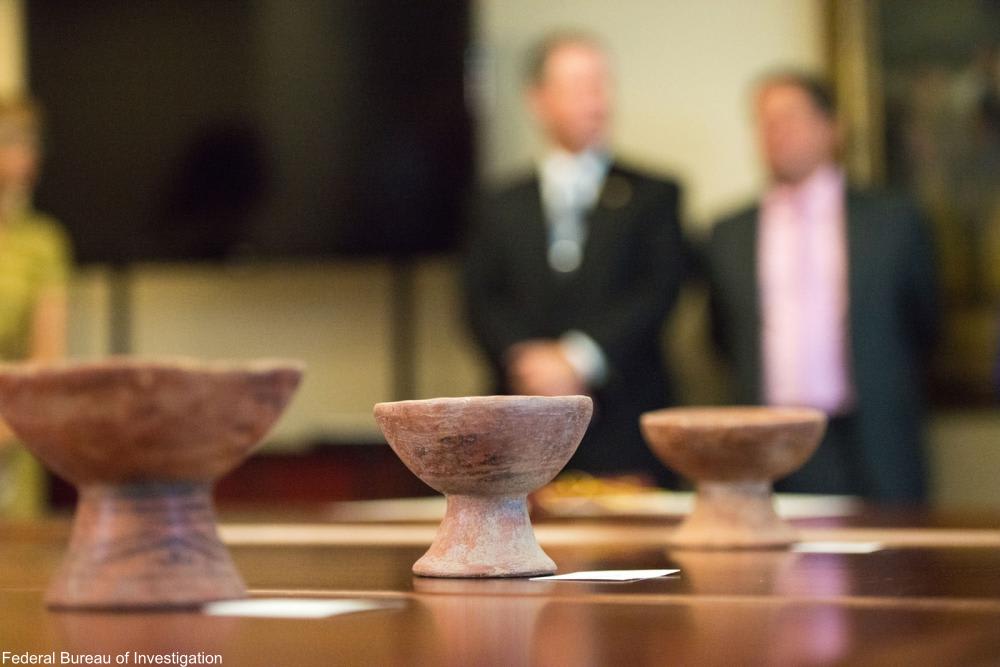 The FBI is asking tribal members and those from other nations to come forward if they have any reason at all to believe they can legally claim the items. They have set up identification sites online where those potentially involved can look through the items.

Until now the items have been sitting in a warehouse in Indianapolis, but the FBI have only been able to return about 15% of the 42,000 items due to a lack of claimants. Not enough people have come forward to claim the objects and now the FBI is trying to get the word out. 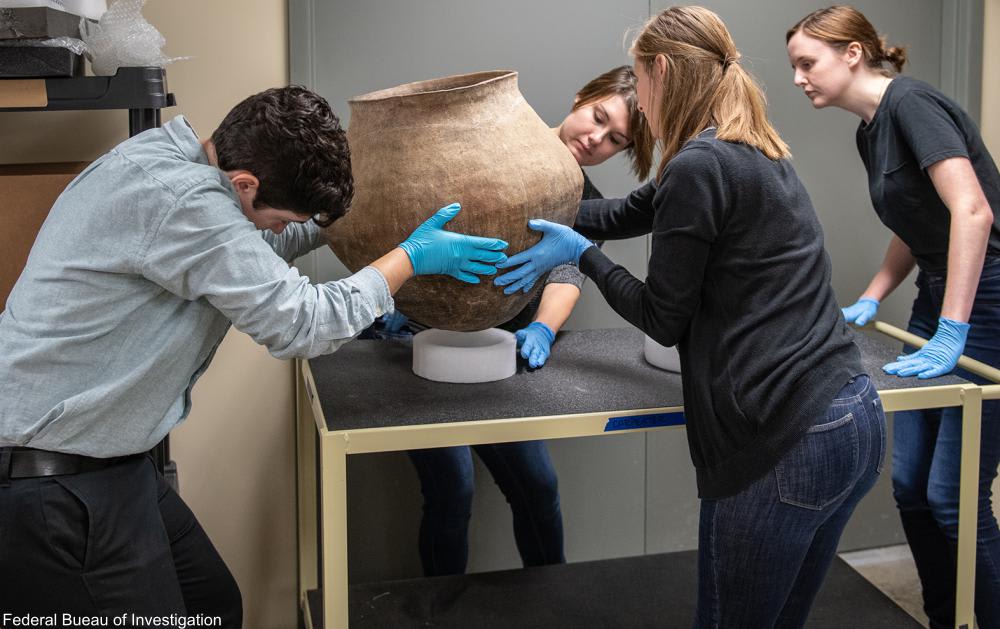 A delegation from China recently arrived in Indianapolis to examine the ancient Asian items the once were housed in Miller’s collection. From that 361 Chinese artifacts are now being repatriated. But, more people need to come forward in order to get all these relics back where they belong.

So far, no arrests have been made in connection to this case and Miller passed away before their investigation was more complete. Miller was cooperative with the FBI and in the end wished for the items to be returned to their respective groups.

Have a closer look at what the FBI found in the collection “from every corner of the globe” in the video below.

4,000 ancient artifacts returned by Hobby Lobby: Click “Next Page” below!