What’s the first thing you do when you start to feel a sniffle and congestion coming on? If you’re like the majority of the population, you probably reach for a vitamin C supplement or a glass of orange juice. At the very least, you probably think about getting more vitamin C into your diet. How did this habit start? You probably inherited the belief that vitamin C cures the common cold from your parents. Unfortunately, science doesn’t back this claim. 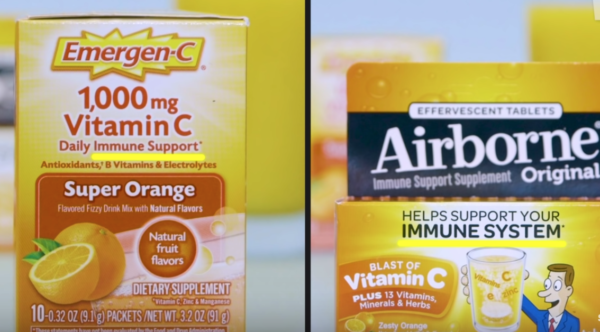 Sure, popular brands of vitamin C supplements have the claim of boosting a healthy immune system, which in turn gets translated into helping you get over things like the common cold quicker and with less severe symptoms. However, one look at the disclaimer at the bottom of the box shows that the FDA doesn’t support any claims of improved health or a valid treatment for illnesses. So how, exactly, did more vitamin C come to mean better health? 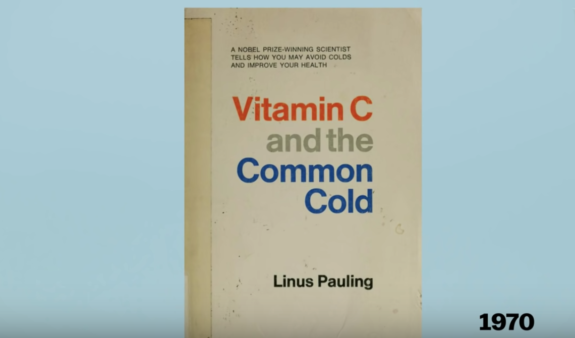 It all started with a book published in 1970 by a Nobel Prize-winning chemist, Linus Pauling. He started taking vitamin C supplements and found that his health improved. How much vitamin C was he taking? Up to 30,000 mg a day. His respected place within the science community afforded him credit to his claims, though others were quick to point out that just because he took vitamin C, doesn’t mean it had a direct impact on his health, seeing as there were no studies at the time to back those claims.

Since then, several studies have been done, all of which have shown that vitamin C doesn’t significantly improve one’s health. Other studies show that increased levels of vitamin C can shorten the length of the cold… by less than half a day. 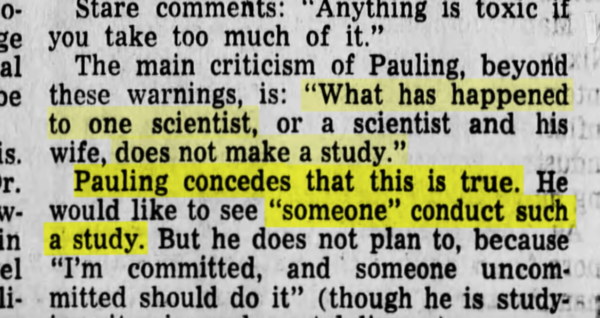 It’s recommended that adults have at least 75-90mg of vitamin C a day. Most people get that much from their regular diet, especially if they are eating the right fruits and vegetables. One dose of a vitamin C supplement contains up to 2,000mg. While there’s no real danger in taking too much vitamin C, some people experience cramping and diarrhea. So, the takeaway is that it’s fine to up your vitamin C intake, but it won’t improve your health or help you get over that cold quicker. We recommend saving that $10 and buying some Vicks to clear up those passageways. Of course, the best way to get over a cold is simply to rest and stay hydrated. Luckily, you can do those things for free!

Get the full history and controversy behind the vitamin C myth below!