Princess Diana will forever be remembered in the hearts of many, and not just because of her tragic and unexpected death in 1997.

She devoted much of her life to helping others, including her extensive charity work with organizations like Landmine Survivors Network and Royal School for the Blind. To her, loving people and helping those in need was part of her life’s mission. She even once said:

“Nothing brings me more happiness than trying to help the most vulnerable people in society. It is a goal and an essential part of my life — a kind of destiny. Whoever is in distress can call on me. I will come running wherever they are.”

While helping others in need was always a top priority for Princess Diana, the No. 1 priority in her life was always her two children, Prince William and Prince Harry. And with Meghan Markle’s due date rounding the corner (she’s literally due any day now!), many avid royals fans are wondering how Prince Harry and Meghan will adjust to parenthood.

So in honor of the upcoming arrival of Baby Sussex, we’re taking a look at some of the most iconic vintage pictures of Princess Diana and her children. Check out these throwback photos! 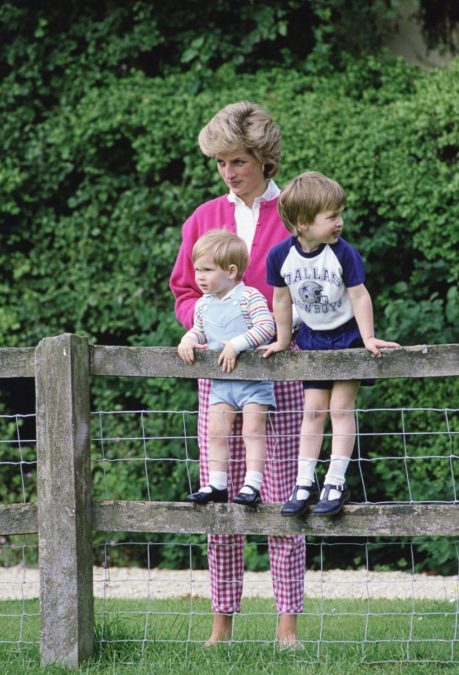 Everything about this photo is precious! Check out Harry and William’s shoes-and-socks combo. Too cute! 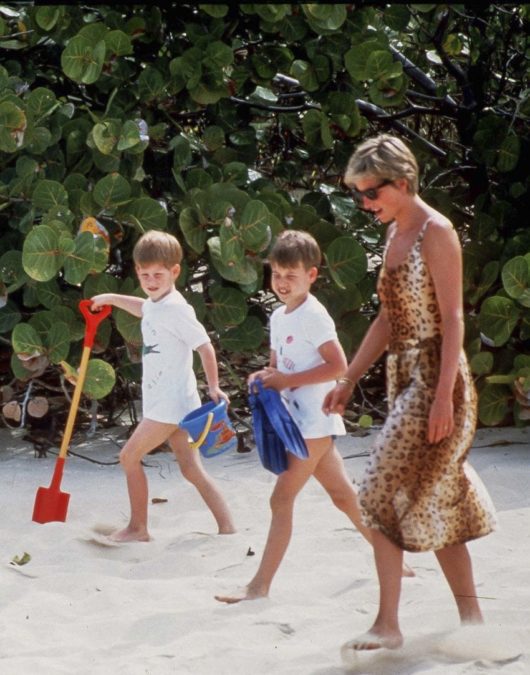 Princess Diana wanted Harry and William to have normal childhood experiences, like digging for buried treasure and making sandcastles at the beach. Also, that leopard print beach cover-up is EVERYTHING. 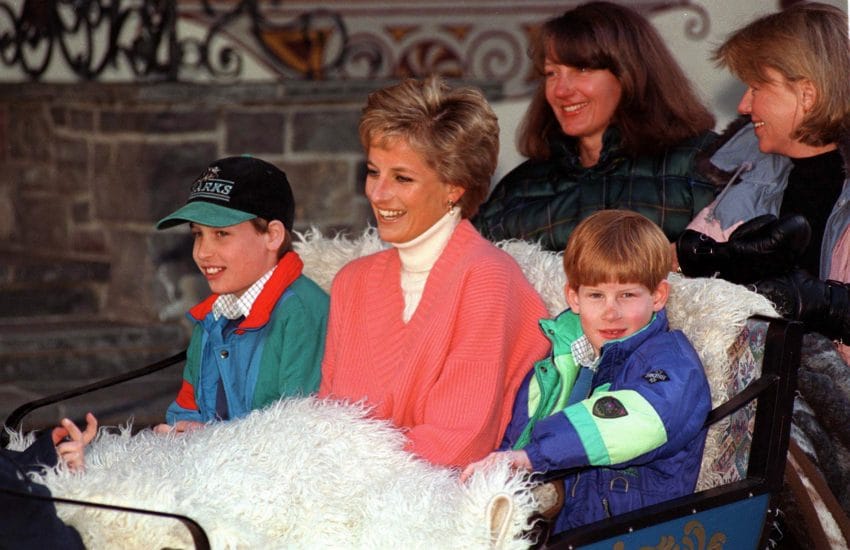 Oh, what fun it is to ride in a one-horse open sleigh indeed. Honestly, this looks like a blast! 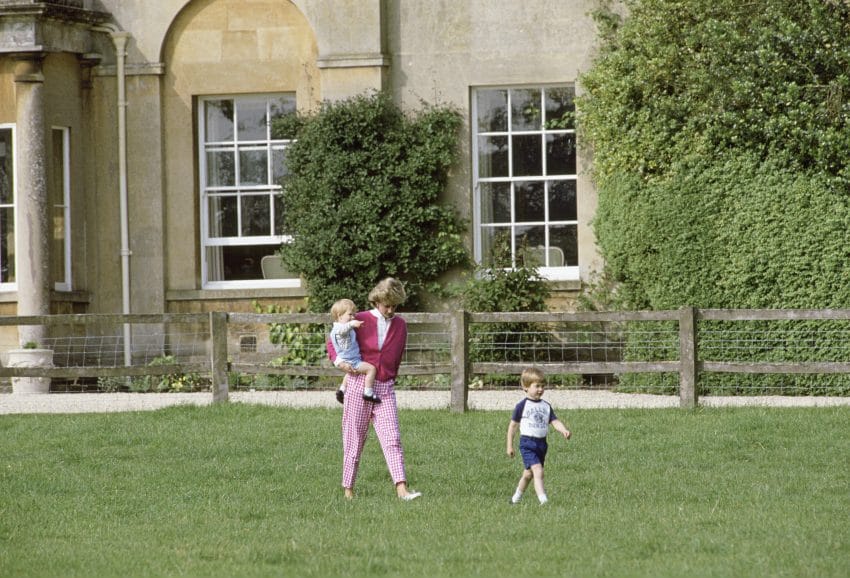 Even when just going out for a casual stroll around the gardens, Princess Diana looked chic and classy. Look how independent William was at a young age, leading the way! 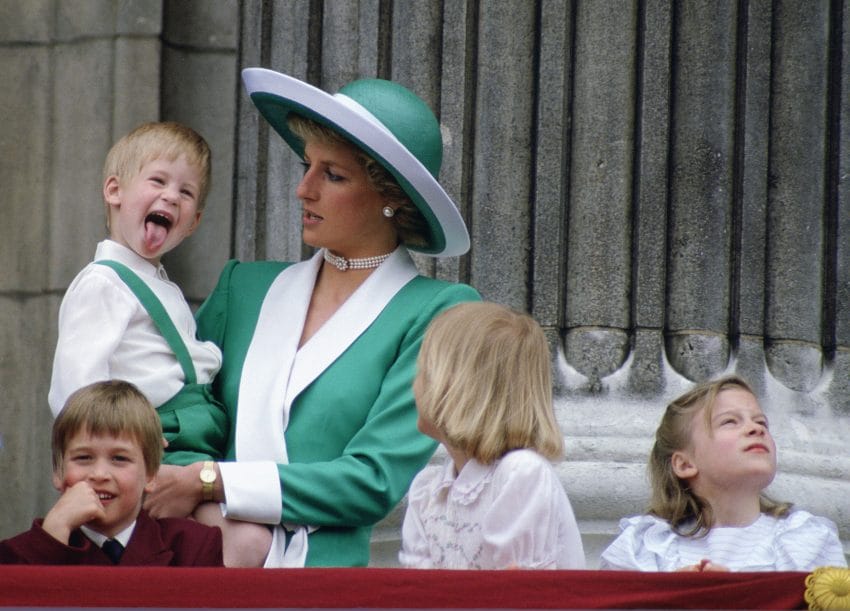 If this picture doesn’t scream “classic Prince Harry,” then I don’t know what does. Such a little goofball! 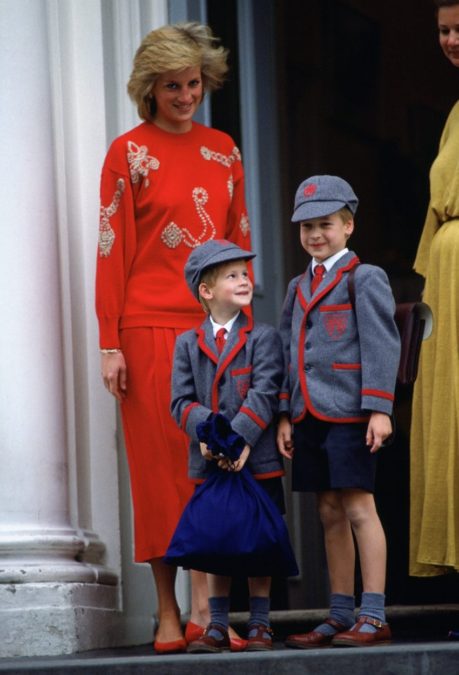 The way Prince Harry looks up at Prince William is truly precious. This photo was taken on Prince Harry’s first day of school at Wetherby School in 1989. 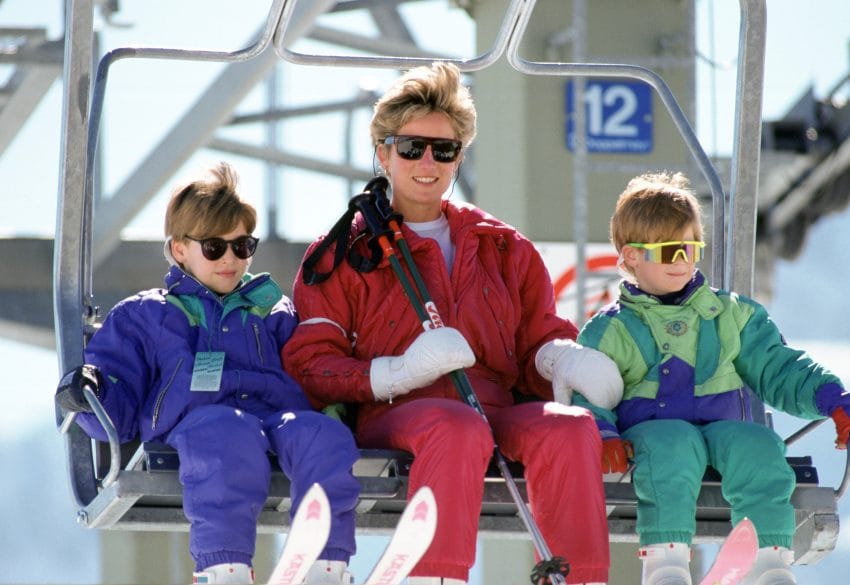 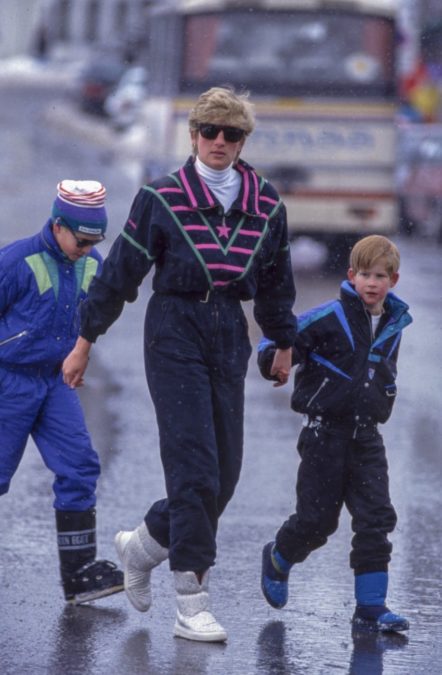 This pic was taken in 1993 on a family vacation in Austria. Again, these snowsuits are truly iconic. 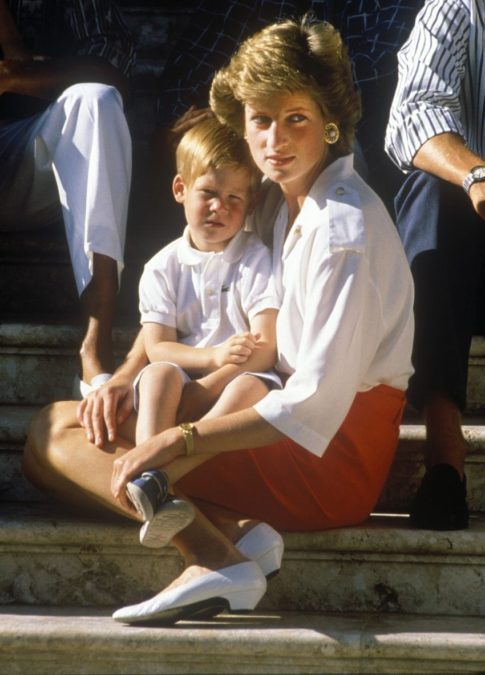 It’s clear that Prince Harry and Princess Diana had a close and special bond during the short time they spent together. 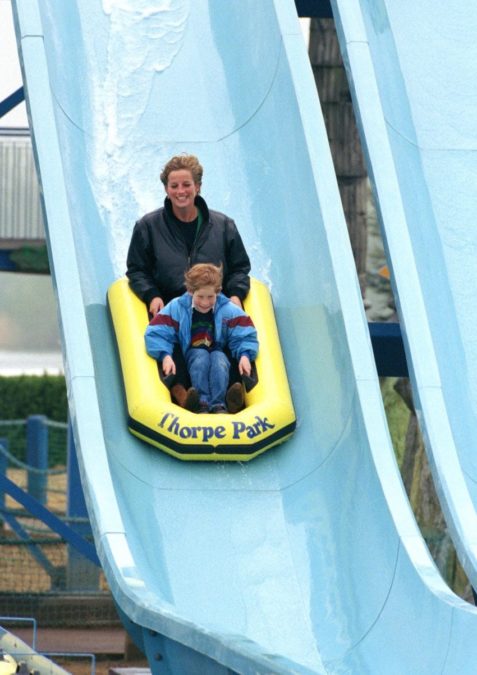 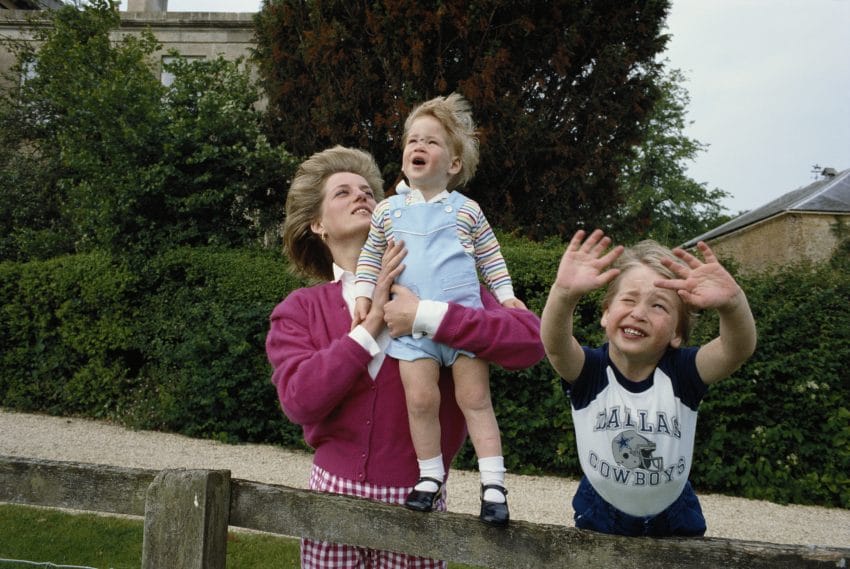 This photo from 1986 captures the personalities of both Harry and William perfectly. 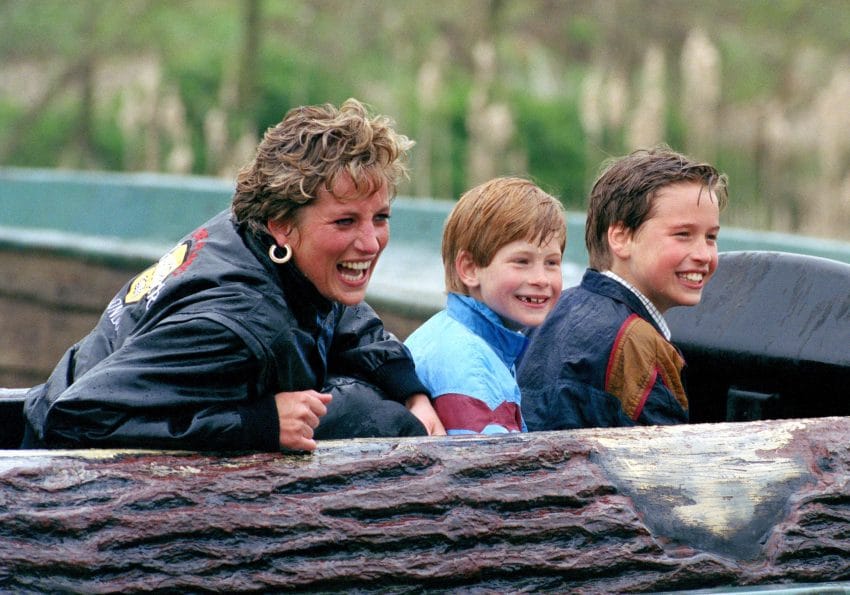 There’s something so pure about watching Princess Diana and her children doing normal, everyday things, like getting soaked on a log ride in a bomber jacket at a water park. 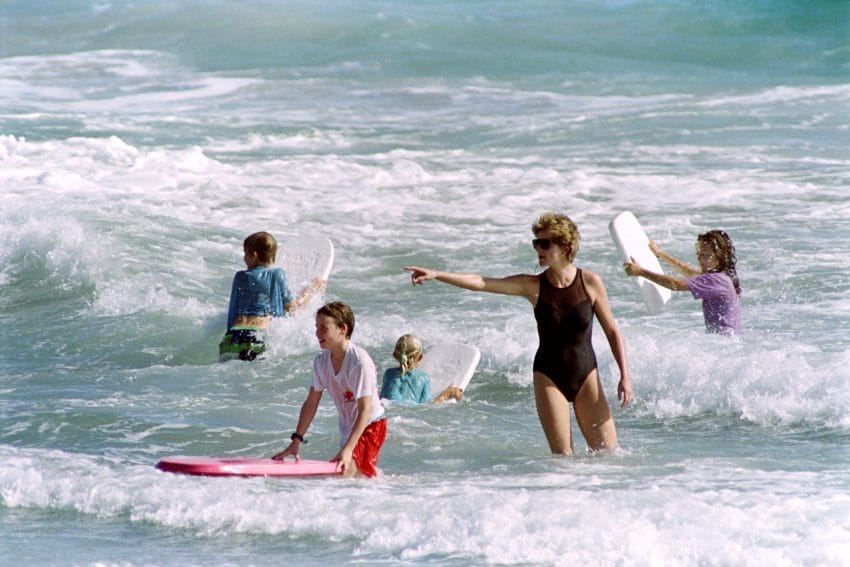 Princess Diana always looked after her kids and, from the looks of it, had a blast while doing so! It’s only logical that Meghan Markle and Prince Harry will follow in her footsteps and be the best parents they can be to the new royal baby.