In the state of New Jersey, in the city of Belvidere in White Township, there sits a stunning green and chrome diner from the 1950s. This diner is of an iconic design that could be found all over the U.S. once upon a time. Now, these types of small buildings are a dying breed. The current owner of this building is now auctioning this 50’x16′ building for the starting bid of $25,000 but there is one big hitch for whoever buys this relic from another era. 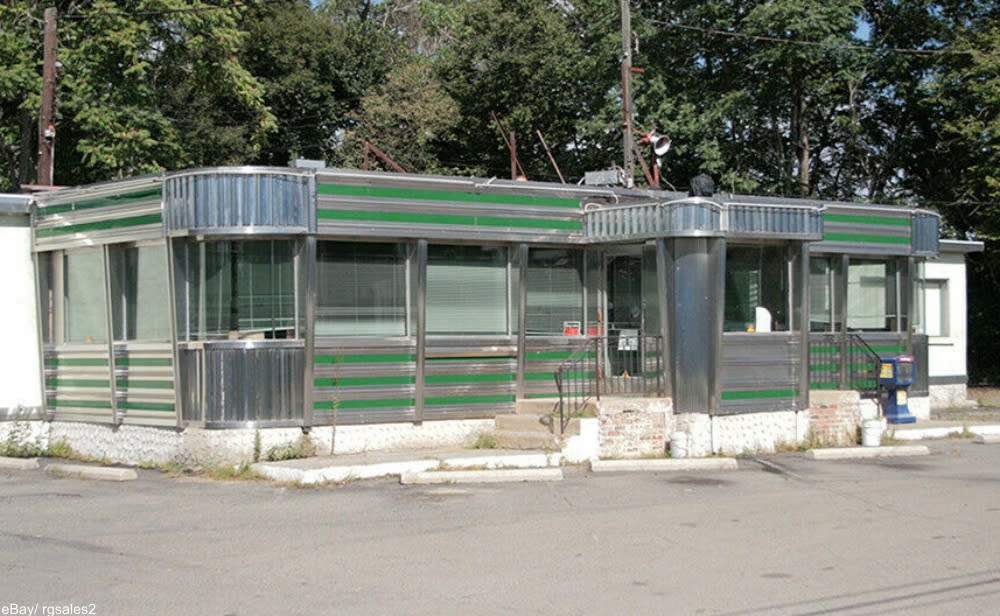 The building once was home to the Crossroads Diner, a staple in the rural community. But, the Crossroads restaurant closed down in 2018. The metal car style diner was made by the Campora Dining Car Company in 1957, cashing in on the craze for train car diners that was found all over the U.S. from the 1930-1950s. 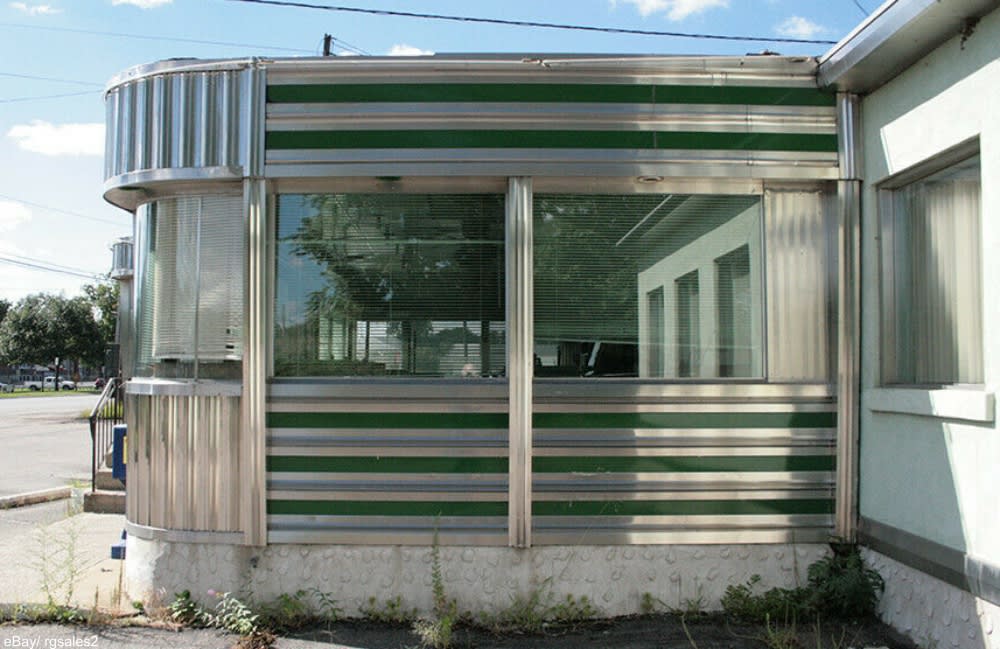 The eBay listing notes that the Campora Company only had a short run and therefore this may be the only the diner car ever made by the company. For whoever wins the bid, there is one big stipulation: the diner must be moved from the current premises ASAP. Considering that buildings like these were shipped across the country, this doesn’t seem like the biggest task and is certainly easier than moving a 100 year-old wooden house.

On the plus side, the new owner will also get all the restaurant equipment, dishes, pie cases, refrigerators, and decor of the diner (which seats up to 50 customers). The diner was initially set to be demolished to make way for a Dunkin’ Donuts, but this sale is the last attempt to save the diner before that would happen. 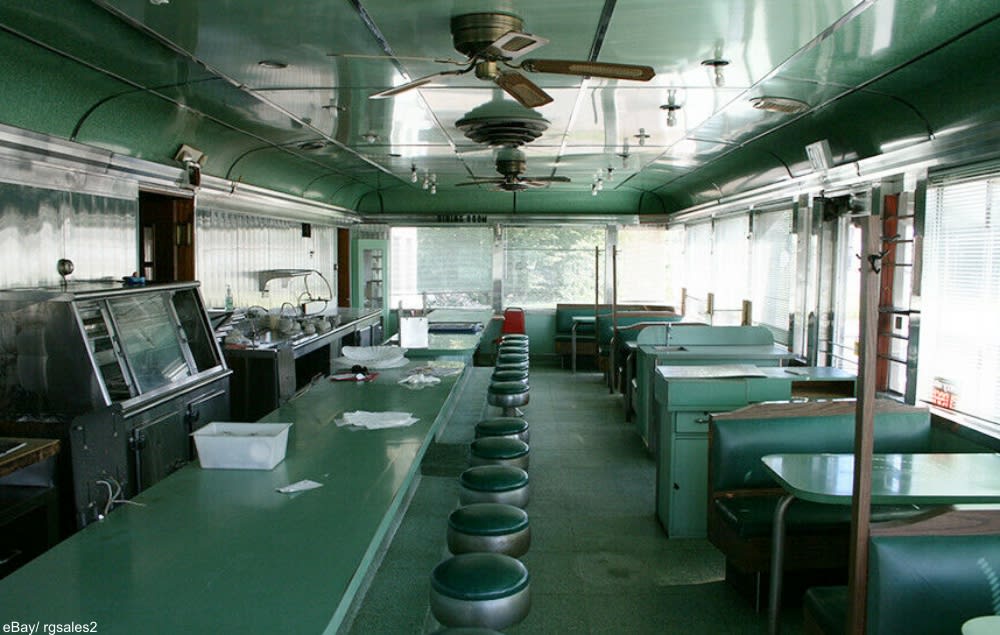 A very similar diner of the same era, also in New Jersey, was rescued in 2014 and began its new life in another capacity. The eBay auction is set to end on Friday, March 29th in the afternoon. The opening bid was set at $25,000, but who knows what the final purchase price will be.

Update: the diner sold to the highest bidder for $70,400 on March 29, 2019. Let’s just hope this wonderful place gets to have a new life as lovely as the past 60 years were for this little green dining car.

You can get a closer look at the place in the video below from January 2019.

Nostalgic photos of vintage diners in action : Click “Next Page” below!