The Truth About Victorian Post-Mortem Photographs

The internet is filled with sites that claim to show photographs from the 1800s of people who have already died. This genre of photography is referred to as post-mortem photography and is a very sought after form of collectible. The thing that makes these photographs so precious is that they aren’t like scientific photos of corpses. Instead, these photos are staged, with the deceased sometimes placed with their favorite objects or propped up in a chair – almost as if they were still alive. The problem is that many of these so-called post-mortem photographs are simply regular Victorian photography featuring subjects who were very much alive when the photos were taken.

Warning: some may find some of the photographs below disturbing. 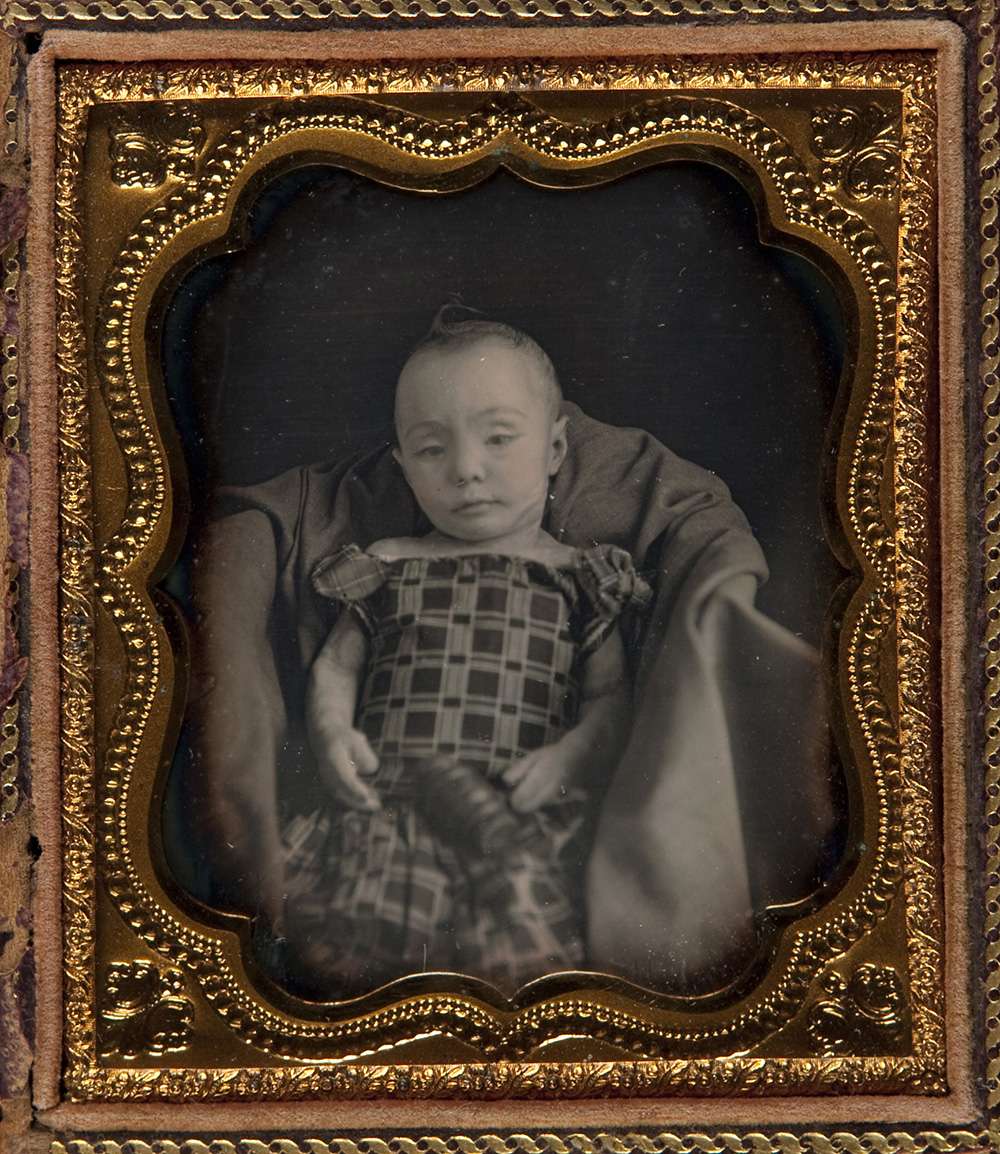 The Great Myth of Post-Mortem Photography

The tales surrounding post-mortem photographs are that the families were so distraught after the death of a loved one that they tried to recreate what was no longer possible: a tender embrace enjoyed by both mother and child or a little girl playing amongst her dolls. This might sound creepy today, but back then many people had never had their photos taken.

It meant that if you died before your first photo then your family might try to posthumously preserve your likeness through photography. This was especially true for children as many didn’t make it to adulthood and their small bodies were easily moveable. 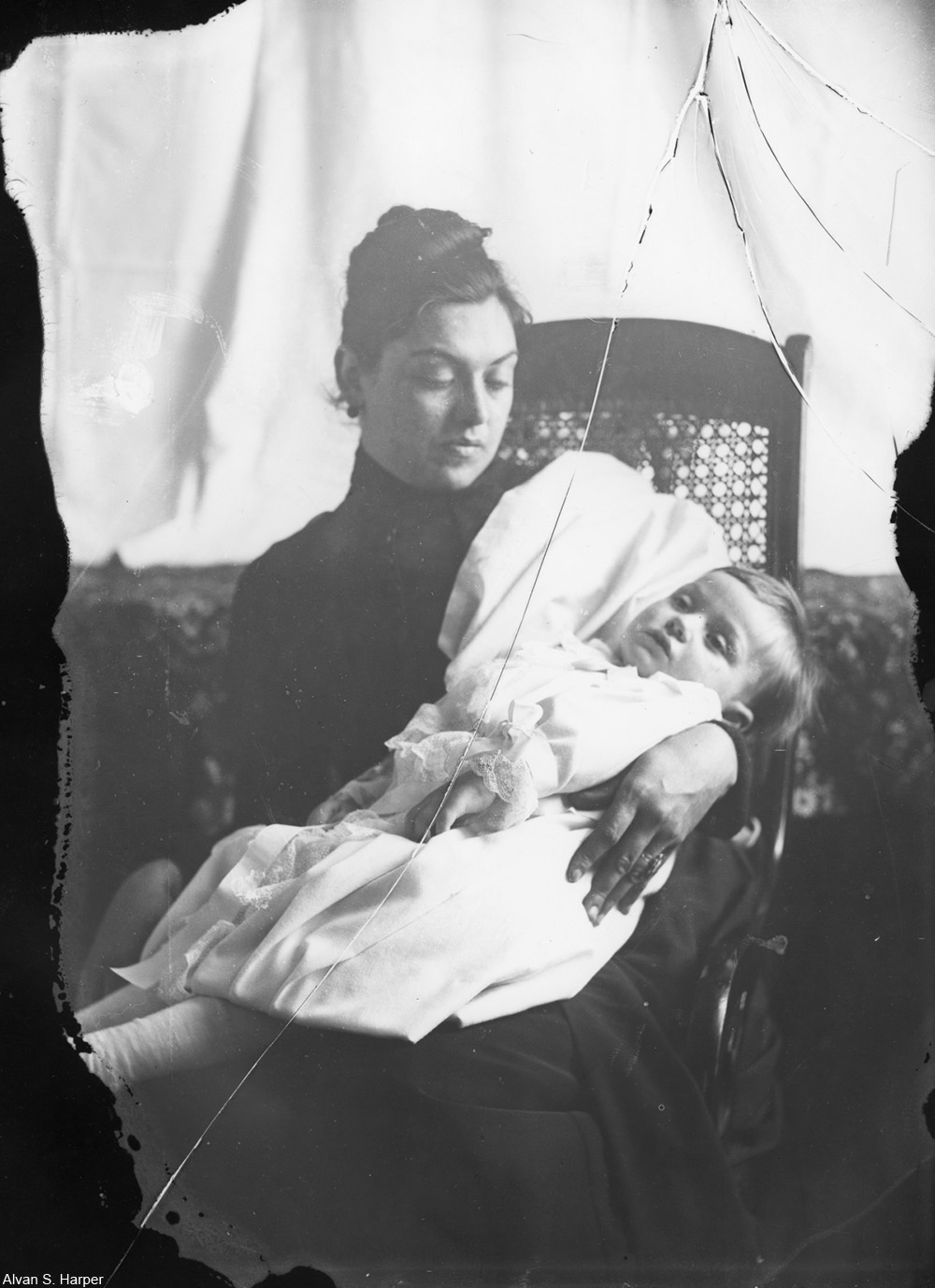 Photographer labeled this as “mother with her deceased child”. Via/ State Archives of Florida

The swelling and discoloration that often sets in after death meant that most deceased subjects would never look like “normal” even in a blurry black and white photo. Keep this in mind when presented with an “authentic” post-mortem photo where the subject appears almost as if alive. Chances are they probably were alive at the time of the photo!

What About Posing Stands?

The other myths about post-mortem photography involve the slow exposure times. Sometimes photographers of the era used posing stands to keep the subject from moving during the long (30 seconds or so) exposure time. Sometimes these stands would peek out from behind the person. 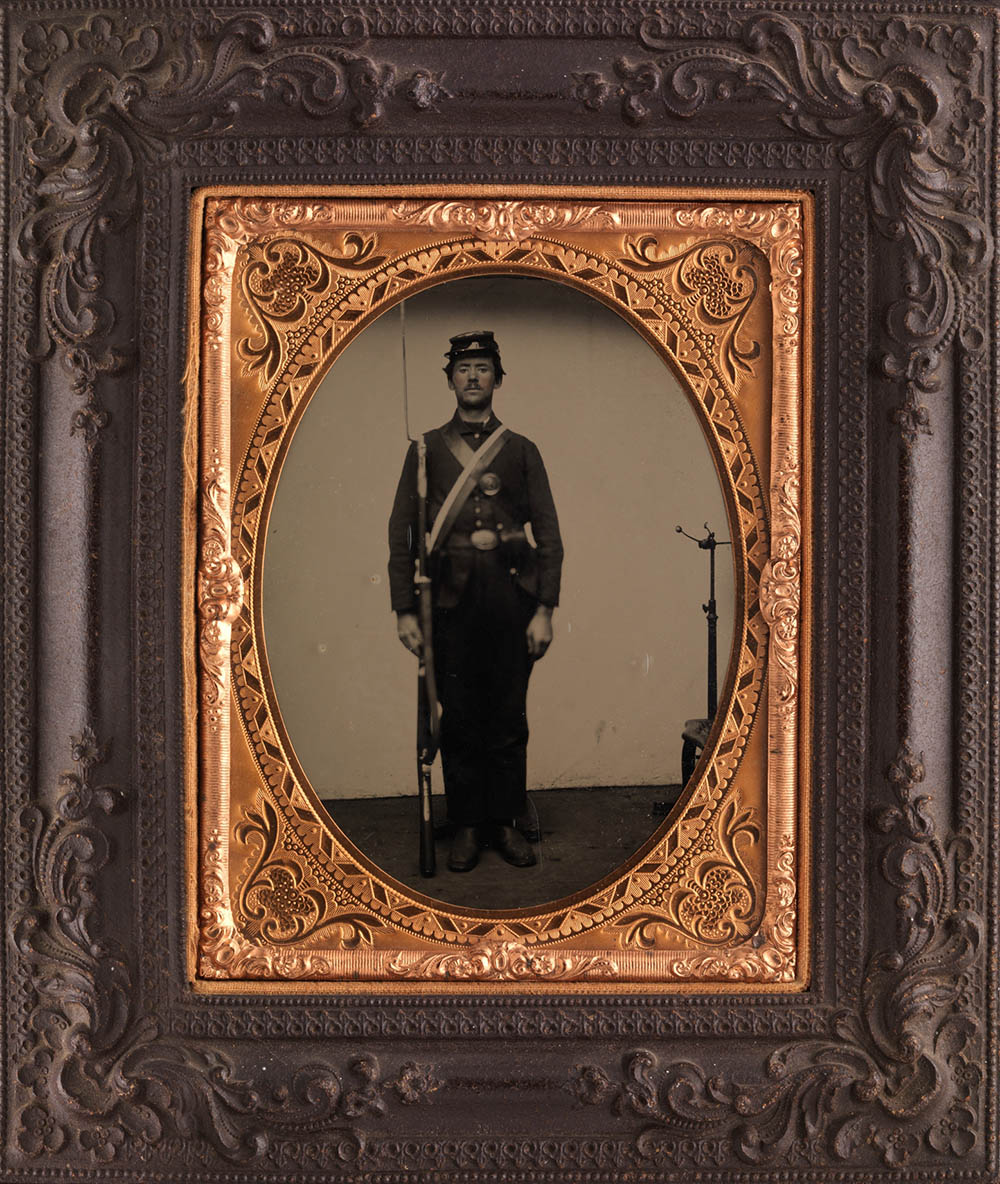 Another common misconception is that a child propped up with the help of an adult just out of shot are also post-mortem photos. In reality, mothers often held their (live) babies in covert poses during the shoots so that the main focus of the subject was not diluted by the presence of another person in the finished product. This style of photography is also highly collectible, but is known as hidden mother photography.

How Were the Dead Actually Posed?

Most people who were photographed after death were not posed in an elaborate way. Many were photographed in their coffins or their deathbeds, laid out with flowers or other grave goods that make it obvious they are dead. Often the goal was not to make them seem alive, but to simply document the subject in their current state (and before advanced decomposition set in). 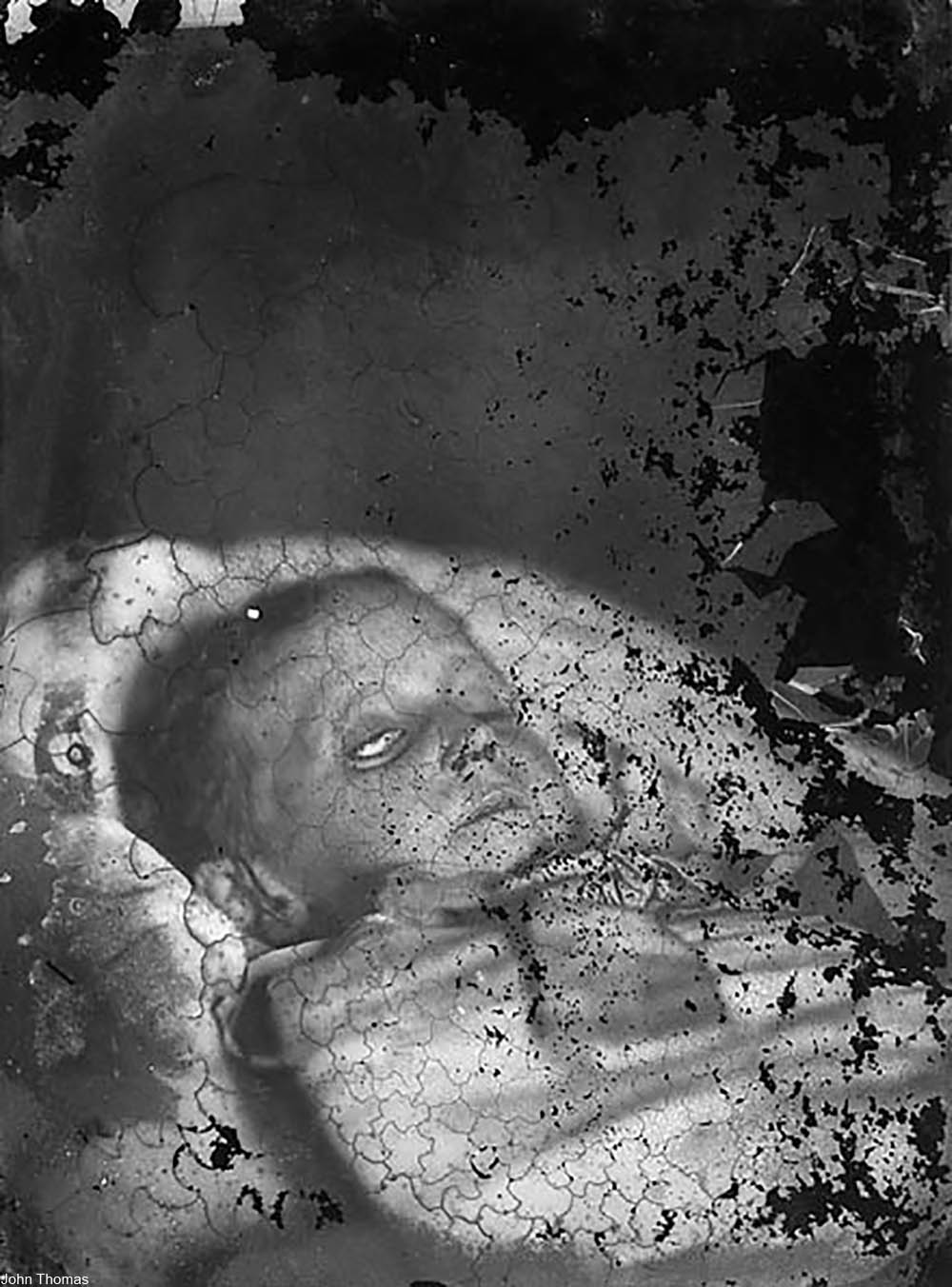 Post-mortem photograph of an infant, circa 1875, with clear signs of death. Via/ Wiki Commons

Remember, during this time a family had a limited run before decay took over the corpse since modern embalming techniques weren’t commonly used until well into the 20th century. Even then they were not cheap and not every family chose this route. 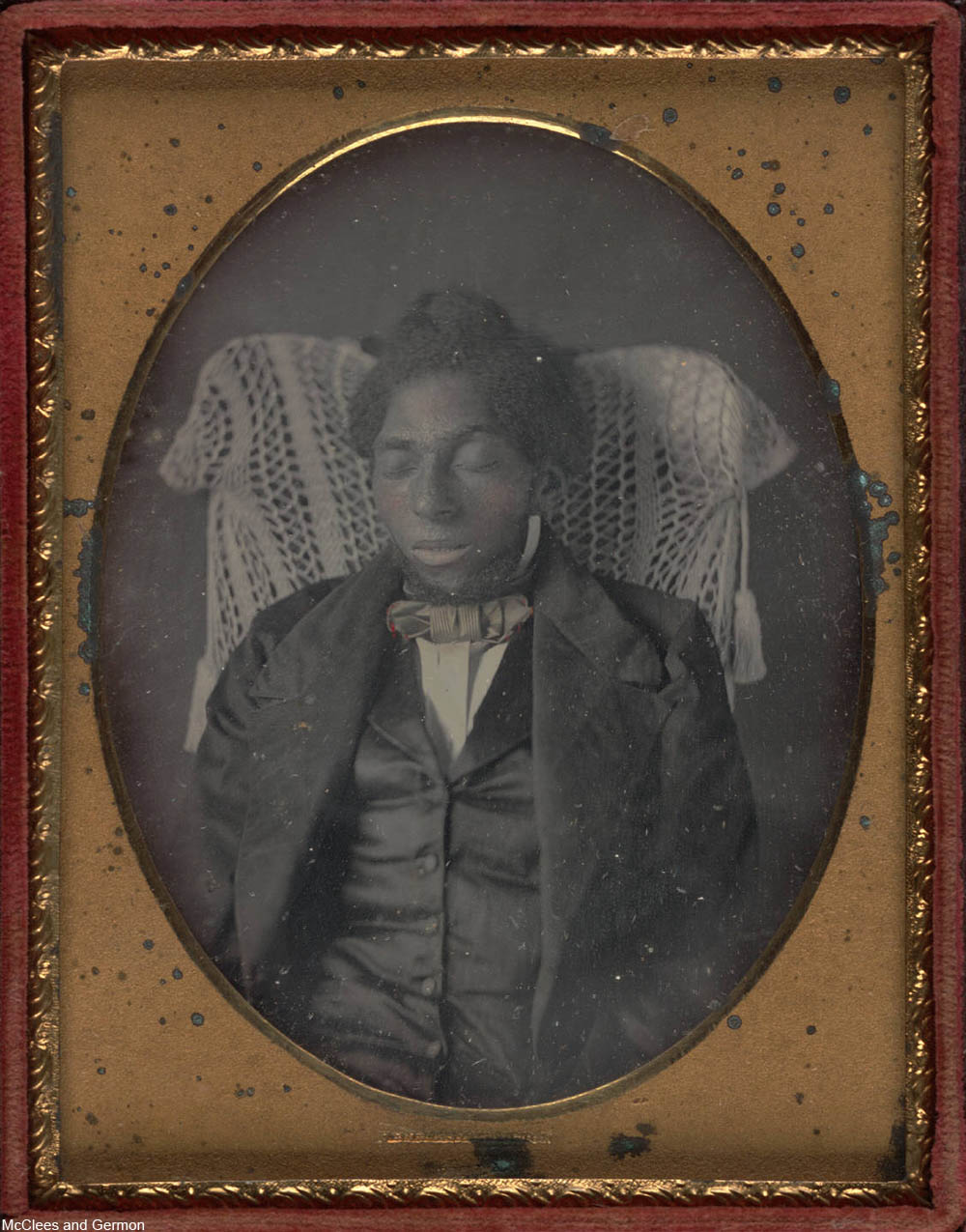 The traditional mourning practice in parts of Europe was to hold a wake for the deceased, usually for several days, to make sure they were really dead. This also gave the family a chance to grieve their loss and for people near and far to make their way to them before the funeral.

Most families would have held the wake in their parlors. The living room is rumored to have gotten that name in the 20th century when people stopped displaying their dead in the front room and began using funeral homes instead. For many families, post-mortem photos were simply an extension of this mourning practice, not a way to pretend their loved ones were still alive. 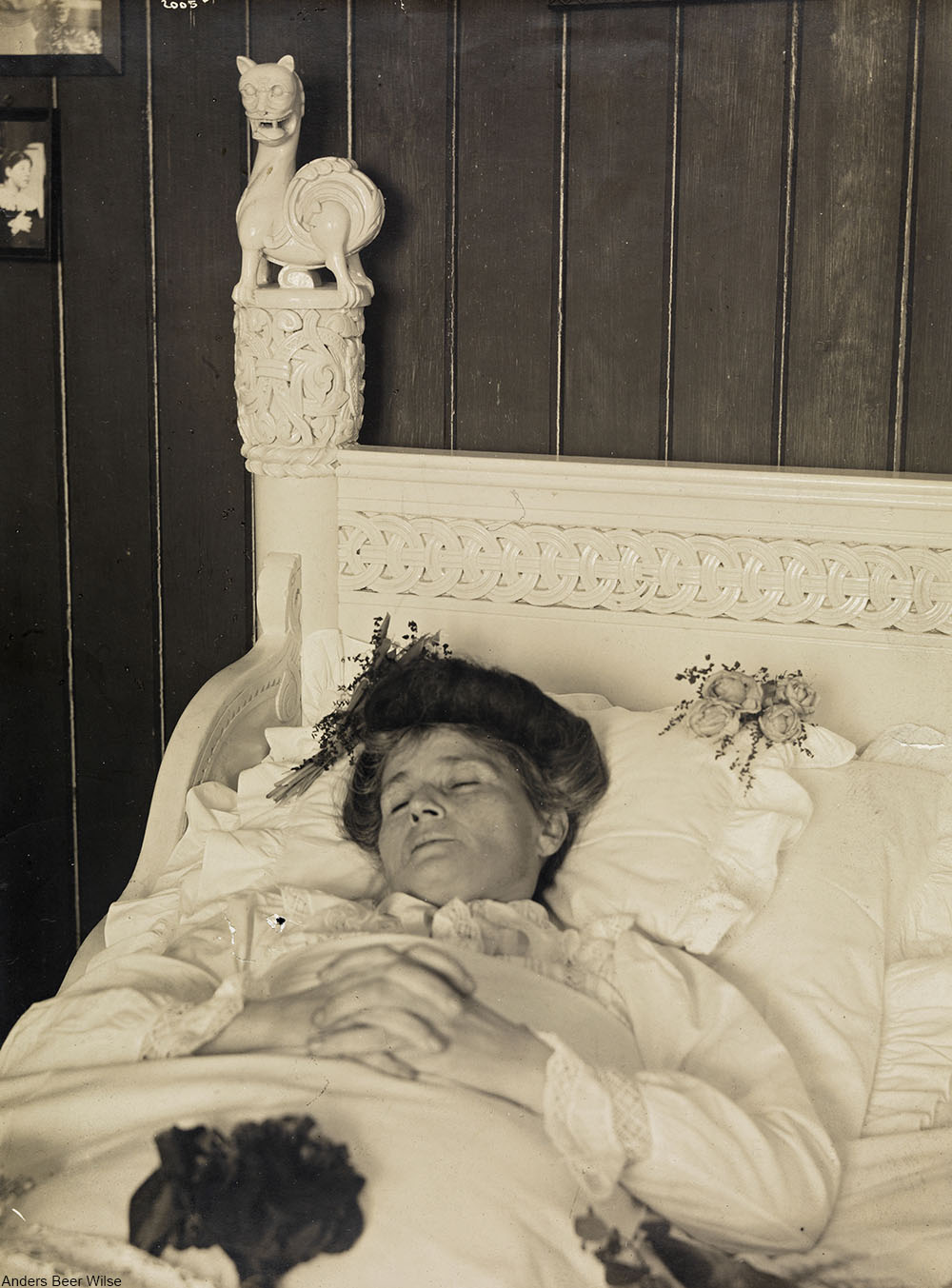 If you have doubt about a photo that is labeled as post-mortem, look carefully at the details. Is there swelling or are there other signs of death present? Is there a mother posing the child? Is there a stand keeping the person’s head in place? The simple truth is that most Victorian post-mortem photographs are easily identifiable as such.