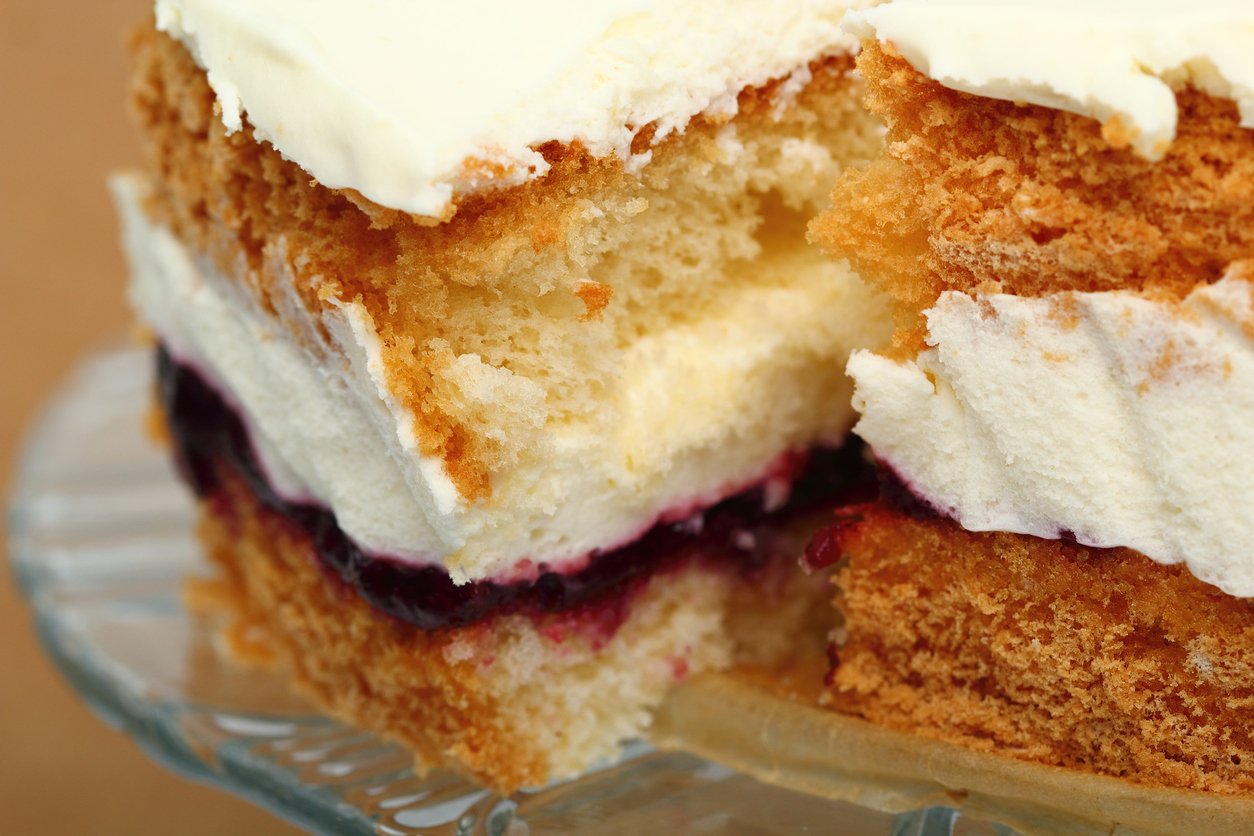 We’re not sure if you’re as obsessed with certain British baking shows as we are, but we can say we have a healthy respect for all dessert fare hailing from the U.K. One of the classics, and one that we’d heard a lot about, but hadn’t tried, is the Victoria sponge cake. While everyone on the other side of the pond knows what this cake is, we find it easiest to describe it as a butter berry cream cake. It’s a buttery cake that’s delicious on its own, with a layer of raspberry jam in-between layers to offer the perfect sweetness (with a touch of tartness as well), and a thick, smooth coating of buttercream to balance out the jam. 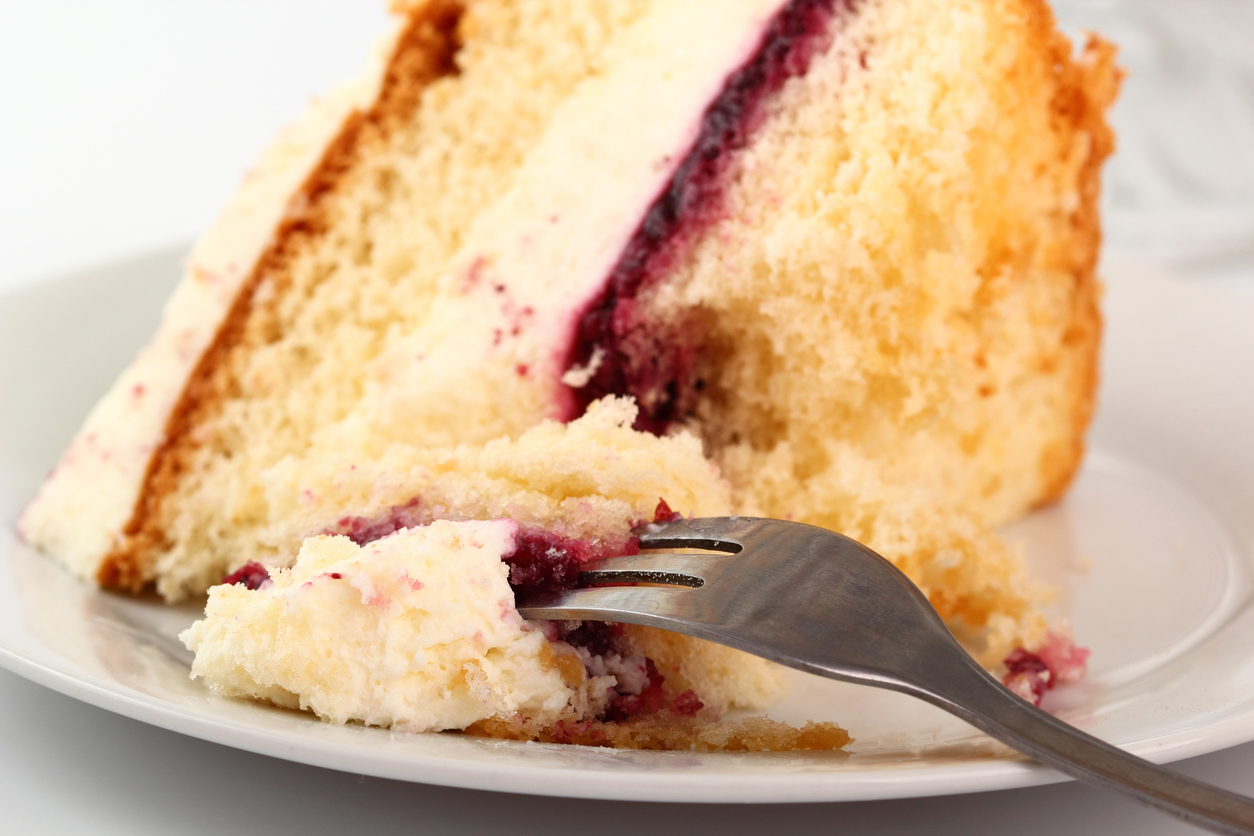 You guys, the Brits are onto something with this cake! It’s light and airy, but with tons of flavor, grounded by the jam and frosting – although you could use homemade whipped cream to fill the cakes instead of buttercream. If it’s original name sounds intimidating, or as though this cake is complicated to make, let us reassure you: this recipe is a breeze to make! You’ll start out by making the cake(s) from scratch, which you’ve probably done tons of times before, nothing fancy here, then you’ll make your buttercream frosting. One important note: you’ll definitely want to line and grease your cake pans, so your cakes release easily and stay intact.

Also, we decided to frost our cake, but traditional Victoria sponges typically will be left bare on top, or with a light dusting of powdered sugar. What you end up doing is totally up to you, so feel good knowing it’ll be utterly delicious either way! Although (or maybe because) it’s classically British, we can’t get enough of this light dessert – it’s a perfect choice during warmer months – and know we’ll be making it for many months to come!