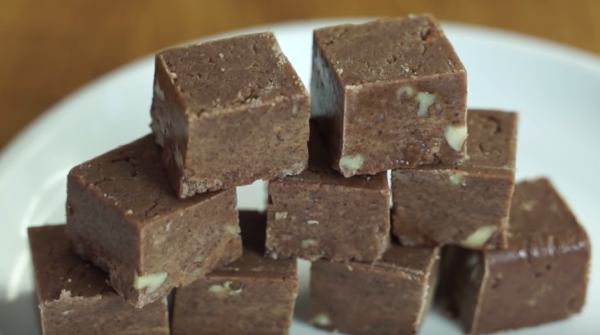 Have you ever had Velveeta fudge? I’ve only ever had it once when I was a kid. I was over at a friend’s house and her mom made some fudge. I, of course, needed to try some. After popping a few pieces into my mouth, my friend said Velveeta fudge was her favorite. I lost all interest in the confection and discretely disposed of the uneaten fudge in my hand. I can’t say for sure if I truly hated it or if the weird cheese-like ingredient threw me off balance. Anyway, one YouTuber made this recipe and gave it a taste test. Let’s take a look at the process and see her reaction when she tries it for the first time! 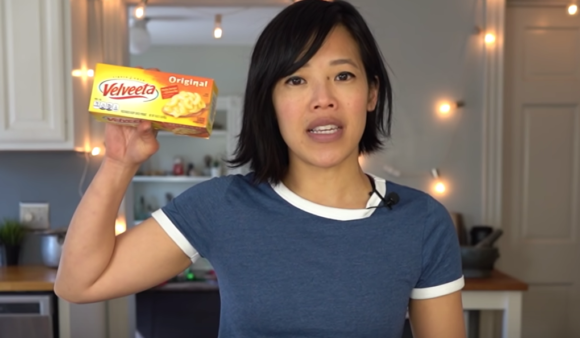 Before getting into the recipe, let’s get a little history on Velveeta. Believe it or not, it was invented in 1918! Velveeta became so popular, the company was sold to Kraft Foods in 1927. Now, if you’ve ever used Velveeta, you’ll understand that the name is reminiscent of the smooth, velvety texture, whether room temp or melted. While this rich, melted cheese may seem amazing, I find it a bit concerning that it doesn’t need to be stored in the fridge. The brick of cheese comes in a foil wrapper and is shelf-stable so long as the wrapper is on the cheese. It’s also worth noting that Velveeta isn’t technically cheese. It’s a pasteurized cheese product. So, there’s that.

Okay, enough history, let’s get down to business! 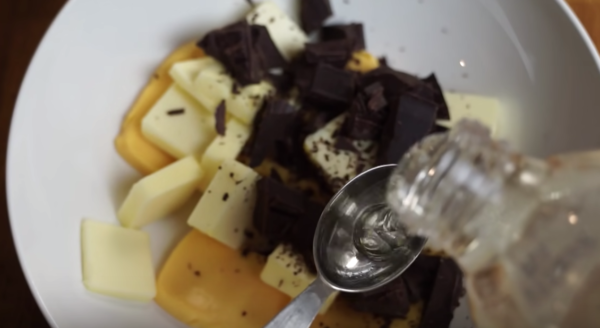 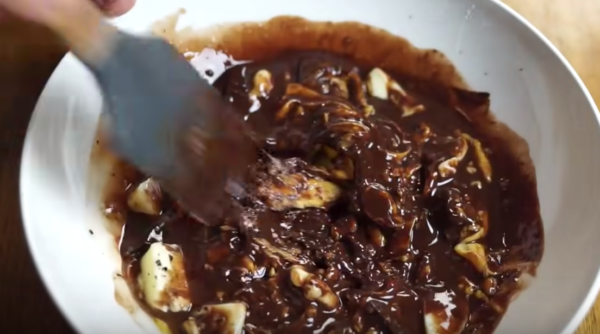 Gather your ingredients – Velveeta, chopped baker’s chocolate, butter, and a bit of corn syrup. Microwave for three to five minutes, stiring every minute or so to make sure everything melts evenly. While the recipe calls for the microwave method, Emmy suggests melting everything in a sauce pan on the stove. That way you’re sure to get that nice smooth texture, which is important for the next step. 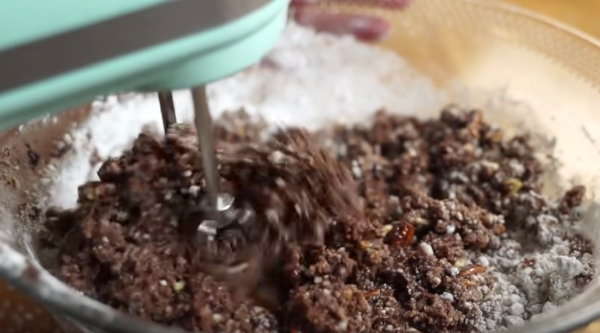 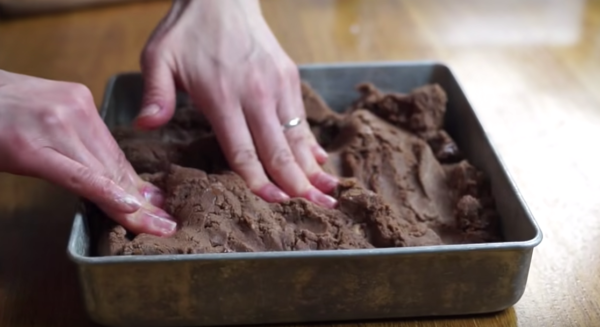 Pour 4 cups of powdered sugar into a large bowl and add pecans if you want to. Stir to combine. Then, incorporate the fudgy mixture into the sugar. You might want to use a beater, seeing as there is a ton of powdered sugar that needs to be soaked up in the fudge. Once you have the right consistancy, pour the fudge into a pan and pack it down. Let it sit in the fridge for a few hours or overnight before cutting it up. 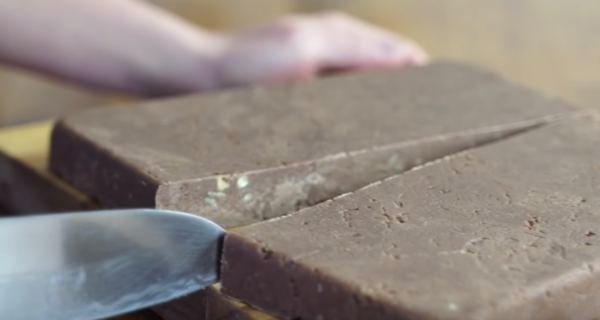 Emmy says the final product is surprisingly delicious. There’s no hint of cheese whatsoever. The chocolate flavor is evident, and the butter and Velveeta make for a rich, savory experience. She does say that the confection is super sweet, which is understandable considering the amount of sugar the recipe calls for. And don’t forget the corn syrup. She says you really just need a tiny square to get your fudge fix!

Get the recipe in the video below!