As sister to one of the most glamorous First Ladies in history, Caroline Lee Bouvier Radziwill married the Polish prince, Stanislaw Albrecht Radziwill, thereby doubly cementing herself as a public figure alongside her incredibly famous sister. As a princess Radziwill certainly had the world at her fingertips, but still spent a great deal of time in the U.S. Her collections were known to be quite large and her tastes extravagant. Now, months after her death from natural causes in February of 2019 at the age of 85, the auction house Christie’s whas announced it will sell some of her magnificent collection at an auction in October. 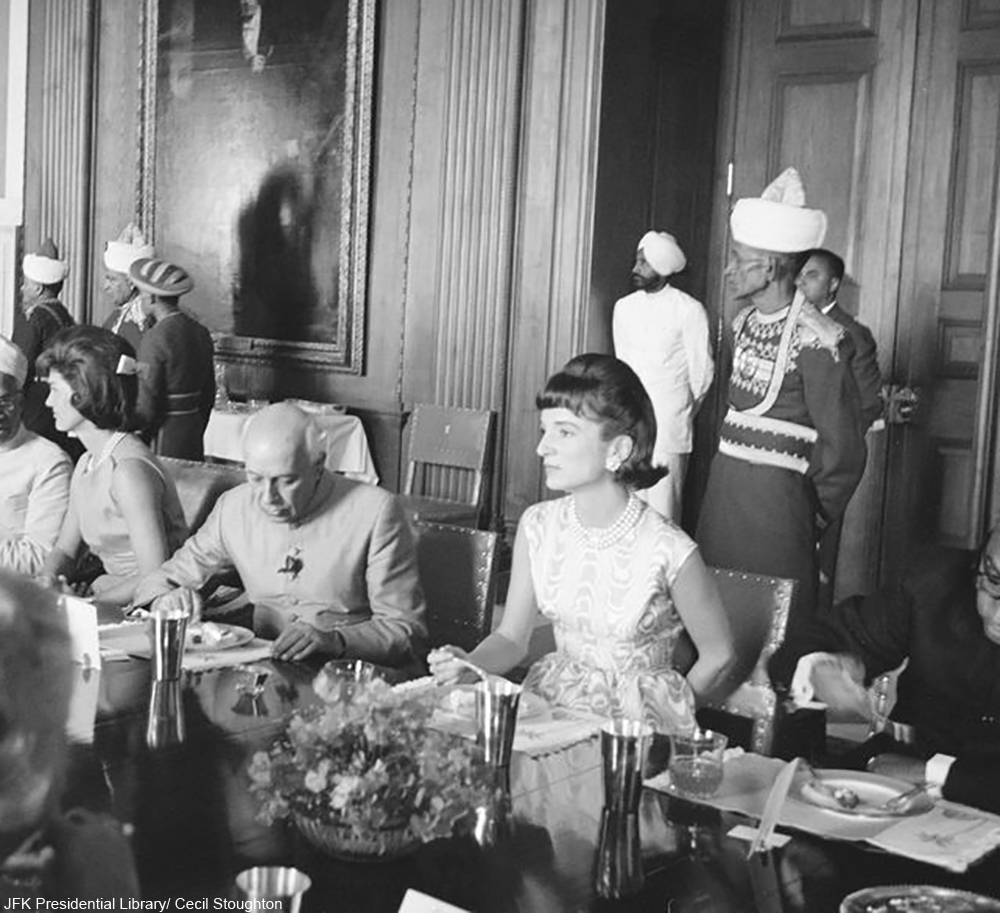 Radziwill was born in 1933 to parents with rich tastes. In the course of her three marriages and countless jaunts around the world, the socialite and princess developed a sense of style that many found to be the epitome of good taste. Her forays into interior design were noteworthy despite her lack of formal training on the matter. Radziwill and her interiors were often featured in magazines of the 1970s, as both her home and clothing were deemed must-see styles.

In the world of interiors, as in life, were there four words more glorious than “At Home With Lee?” The legendary Lee Radziwill passed away yesterday, leaving behind a legacy of fabulously chic interiors. #leeradziwill

Her personality was associated with the fashionable people of the day, including Andy Warhol, Cecil Beaton, Truman Capote, and The Rolling Stones to name just a few. While her professional design career working for fellow socialites was short-lived, Radziwill never lost favor with the public as a striking figure of authority on style.

Radziwill’s sense of fashion was a huge factor for her sister as well. She chose Jackie Kennedy’s outfits for her highly publicized trip to Paris with JFK in 1961. We think of Jackie today as a style icon and that is, in part at least, because of Radziwill. 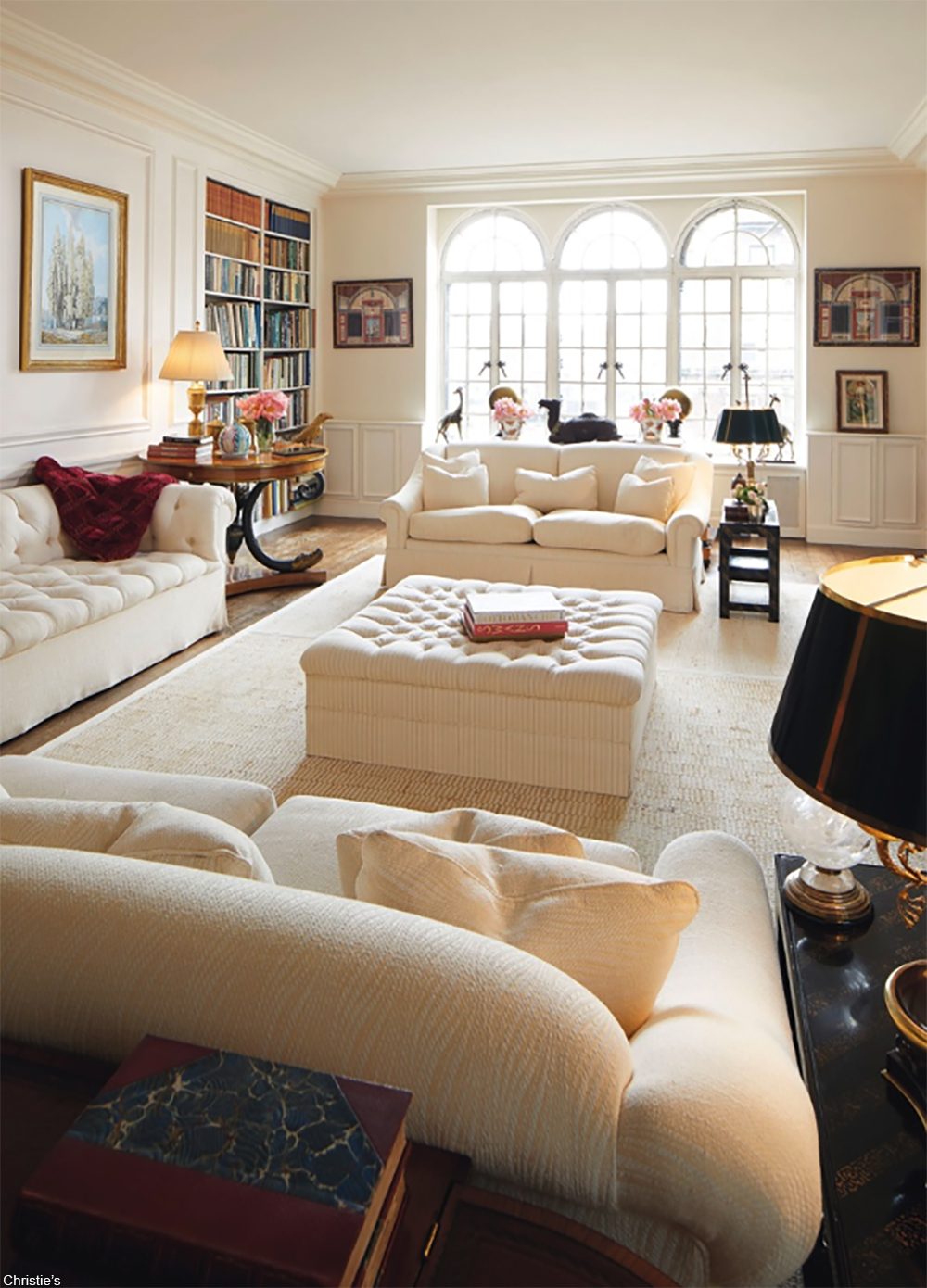 Radziwill is quoted as stating that she didn’t love the idea of continually buying things: “When I buy something, I do so with the intention of keeping it for ever. I’m constantly falling in love with objects, and they follow me around the world.” Now her extensive collection will be auctioned in a dedicated sale of her possessions.

Radziwill’s only son, Anthony, died in 1999 and she is survived by her daughter, Anna Christina. An auction does make sense considering there are not a huge number of younger family members to inherit her belongings. 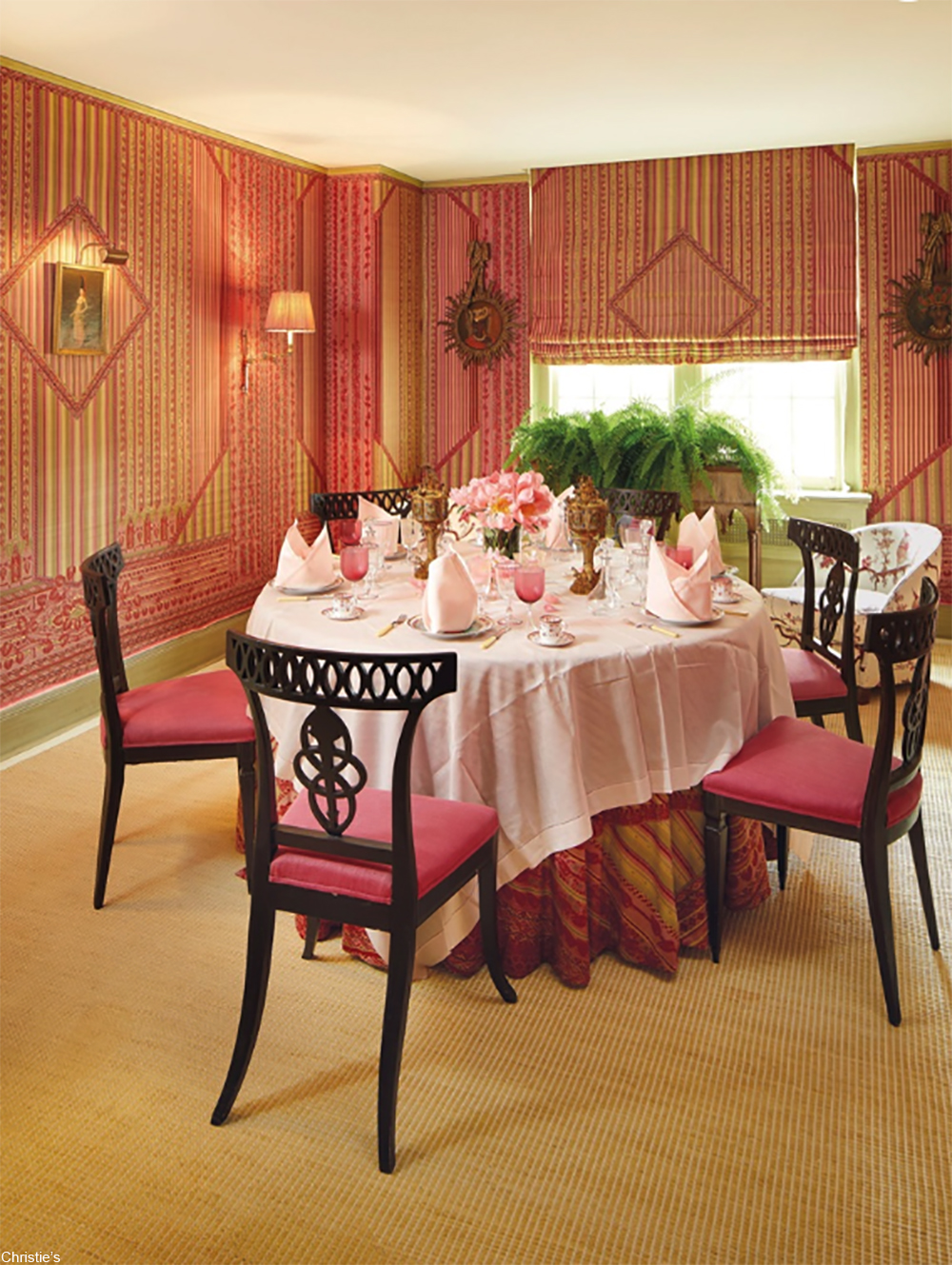 Her NYC dining room done in shades of red, gold, and pink. Via/ Christie’s

The upcoming auction includes art, photographs, jewelry, decor, and more from both her Paris and New York apartments. The auction is set to take place on October, however a final date has not yet been announced.