Ask anyone and they’ll often say the most comfortable place in their house is either their bed or their sofa. For many folks throughout history, though, the resting places they had were not nearly so luxurious as what we enjoy today. Here are 4 ways people used to rest in the olden days and none of them look very comfortable at all!

Anything with the word “hangover” in it is not off to a promising start. Early homeless shelters in London offered the poor (usually single men) a place to stay for the night at a cost. For one penny you could get seat on a bench to rest overnight, but you were not permitted to lie down or sometimes to even sleep. These were known as one-penny sit-ups.

For two pennies, you would be afforded a hangover, which was a spot along a rope suspended in the room which you could hang over and you were permitted to sleep standing up or at a bench. At dawn the rope of the two-penny hangover was cut or removed to wake everyone up. These alternatives to sleeping outside were far preferable. 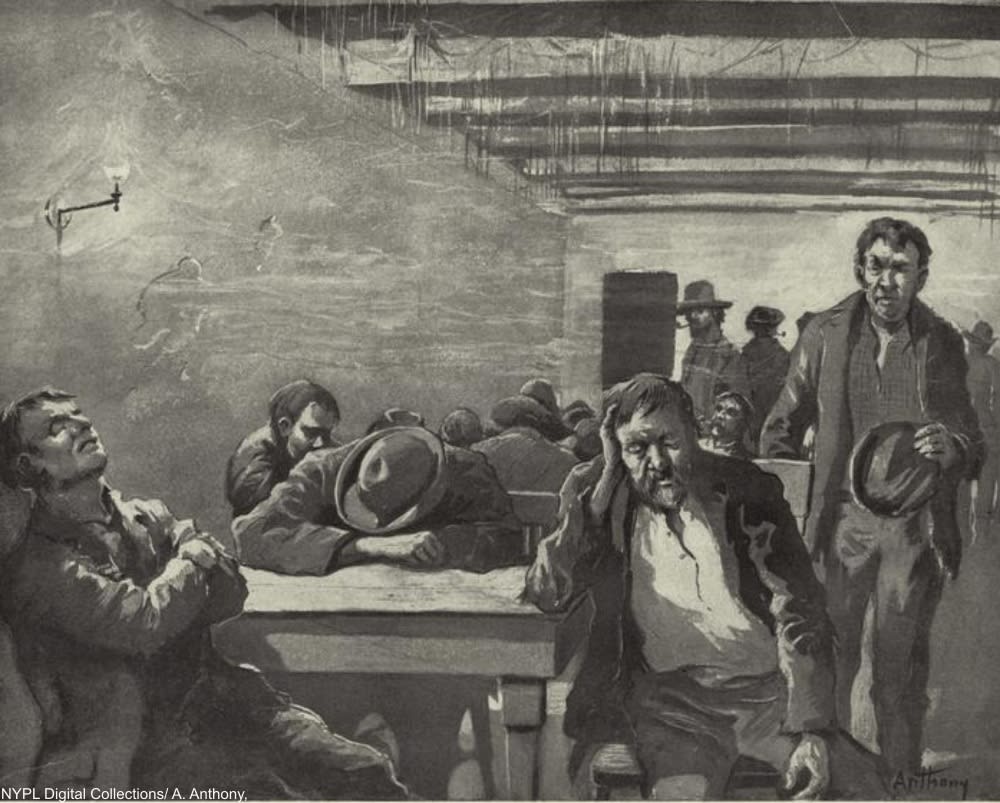