It’s not everyday that items from rock and roll history are found. But, recently in a Seattle record shop a curious piece of Nirvana memorabilia was found: an uncashed royalty check made out to Kurt D. Cobain. And, the amount on the check is the real kicker. 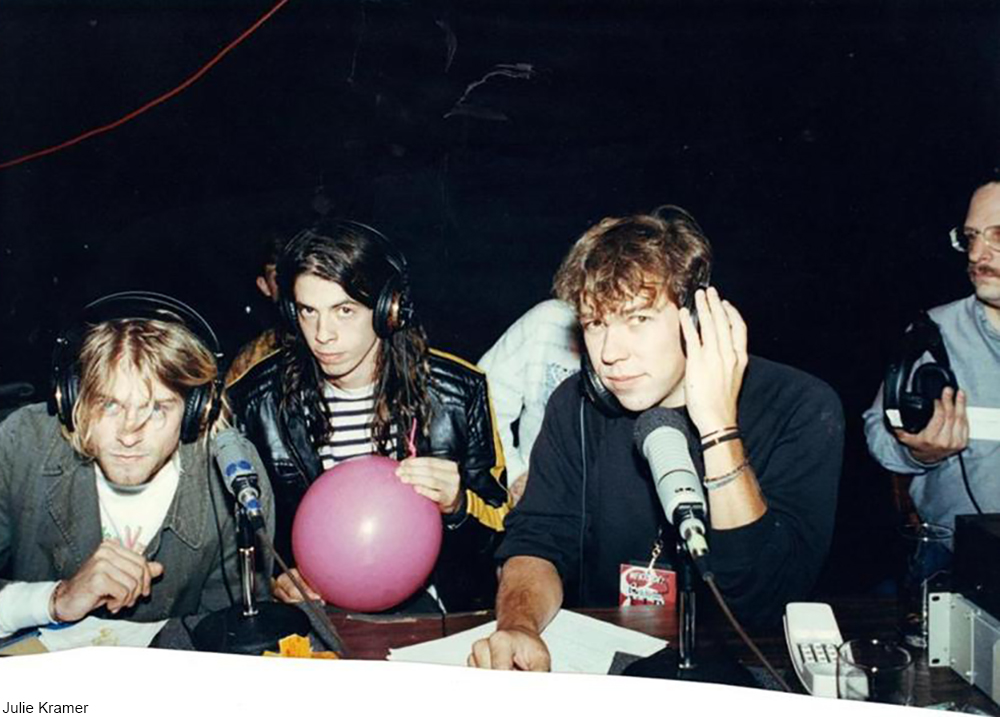 Kurt Cobain and Dave Grohl being interviewed for radio in 1991. Via/ Wiki Commons

The check was found among a collection of old records at the Seattle record shop, Easy Street Records. The check is dated March 6, 1991, which was six months before Nirvana would make it big with their hugely successful album Nevermind. 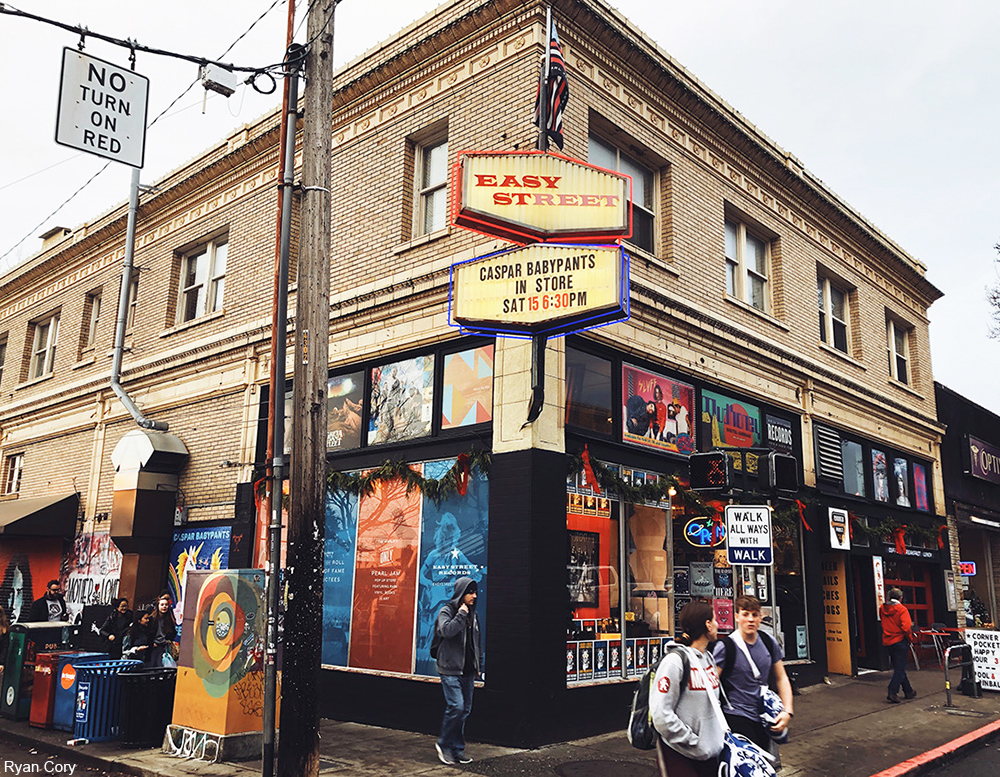 At the time the royalty check was issued the only full album the band had released was Bleach, now known to hardcore fans but largely absent from radio play at the time. Bleach was reportedly recorded in 1989 for a mere $600 through Sub Pop Records. The check was issued for a mere $26.57 from Broadcast Music, Inc. (better known as BMI), one of the royalty groups responsible for getting artists their checks after a record is released. 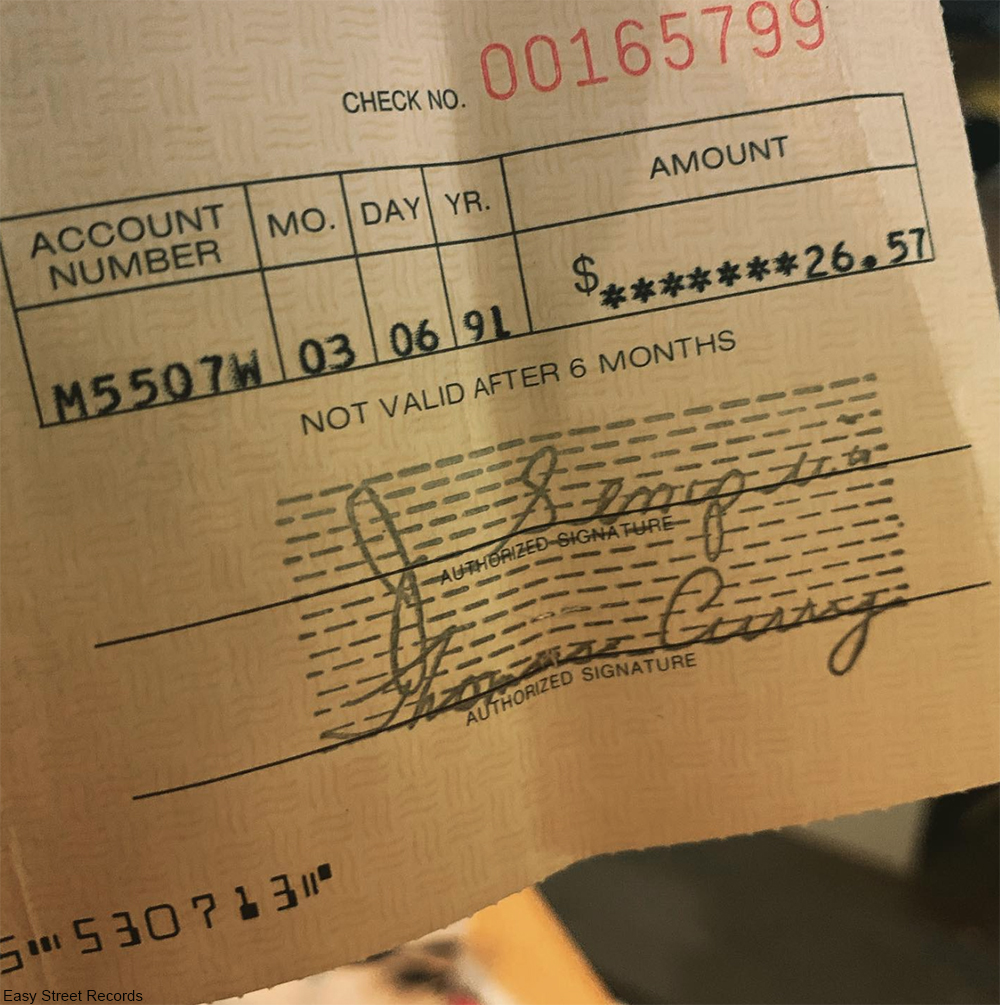 In today’s money that amount would be right around $50, which may be why the check was never cashed. The check was found amongst a collection of records which also included some of Nirvana’s itineraries from the Nevermind era. Other papers found in the collection include an overdue medical bill and a money order in the amount of $177 for Cobain’s rent. 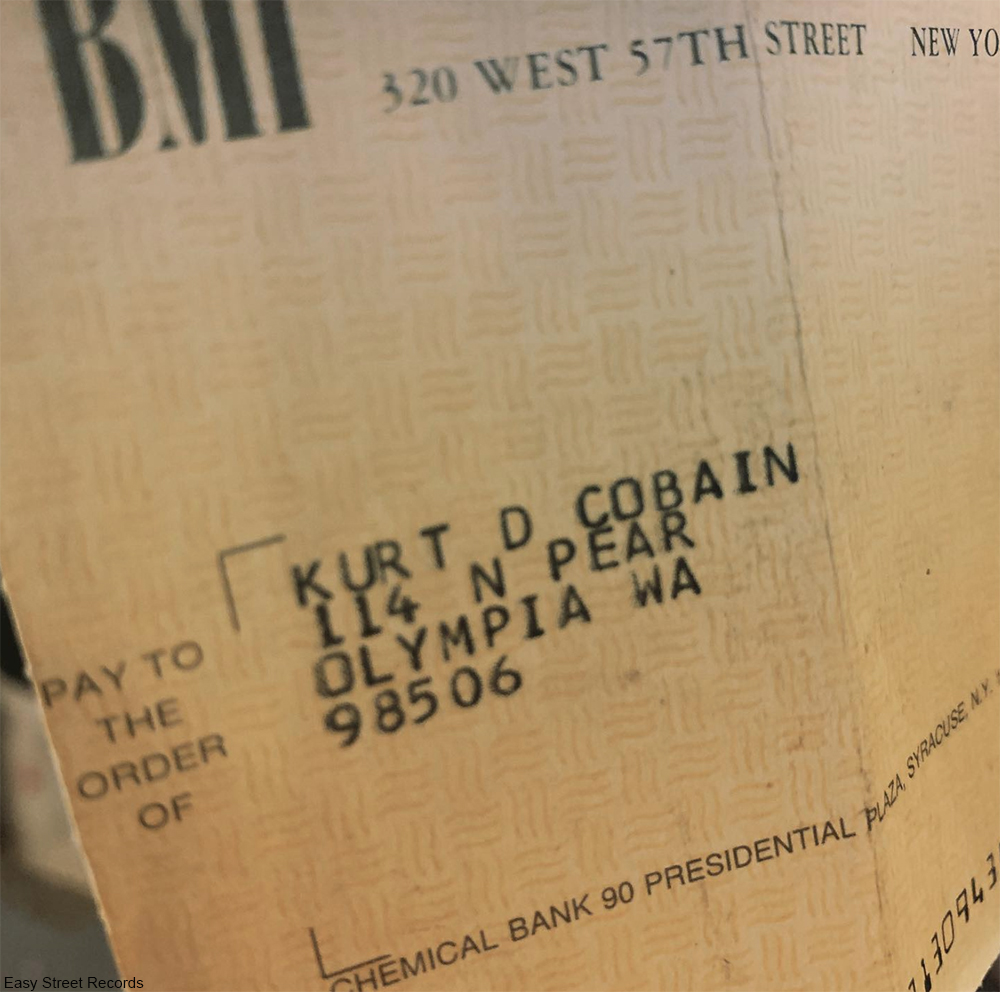 At the time Seattle was becoming widely known for its grunge sound, one that had become a national obsession with bands like Pearl Jam, Soundgarden, Mother Love Bone, and Alice in Chains dominating the newly-minted alternative music genre on charts across the country. East Street Records has been in business since 1988 and has hosted a number of influential music acts over the years. 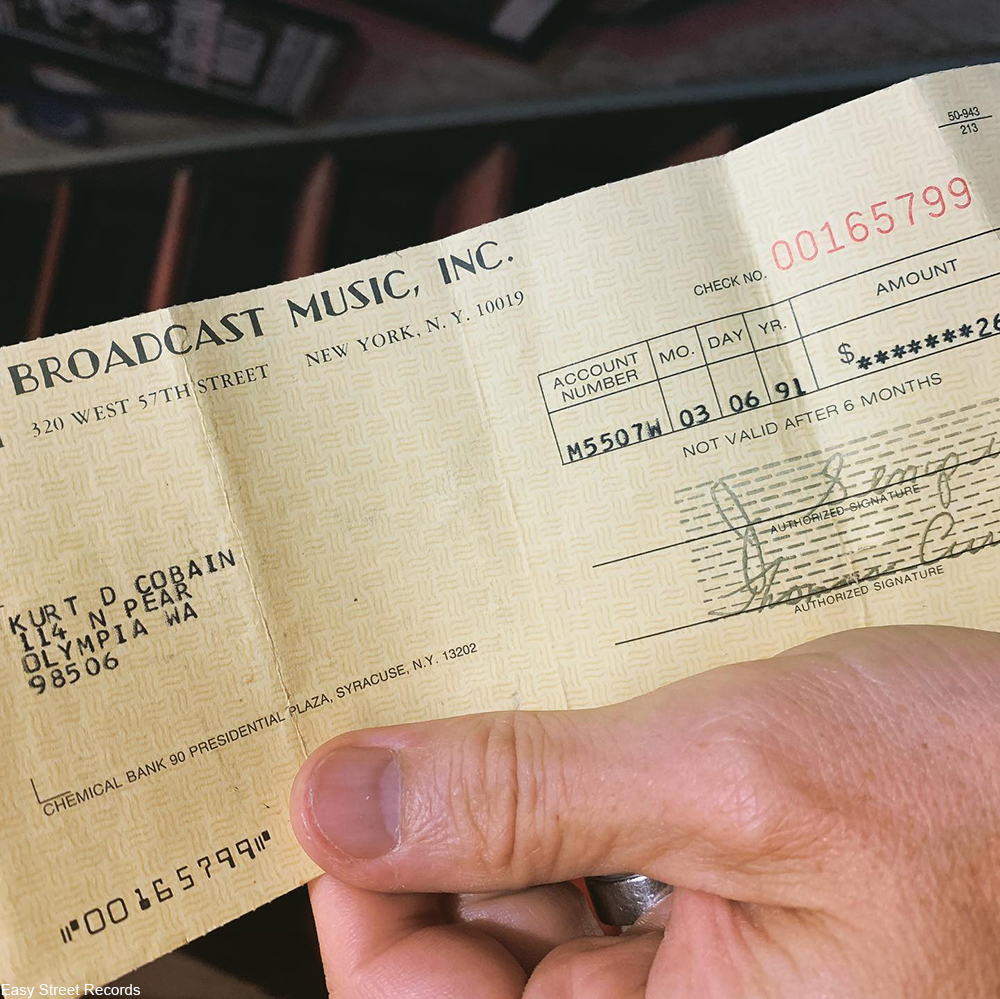 When asked how the check was found Easy Street owner, Matt Vaughn, said that entire collection was purchased in 1993 and immediately put into storage. While Nirvana paraphernalia was and is desirable, items like band itineraries weren’t considered all that rare. The items sat undiscovered for years until they were uncovered again in August 2019.

According to Vaughn they were in a “storage basement for years until recently we saw em again (kinda spaced that we still had em) and went through em more closely.” The check was found tucked inside one of the itinerary books.