Lilian “Lil” Cox and her identical twin sister, Doris Hobday, turned 95 in July of 2019. The two have been through a lot together since they were born in 1924 and now live next door to each other in Tipton, West Midlands, England. Doris was married for 65 years and never had kids, while Lil had 5 children and now has 14 grandchildren. The two have recently gone viral creating social media accounts on Instagram and Facebook in which they croon over Fast and Furious actor, Jason Stratham, as well as give their thoughts on life. 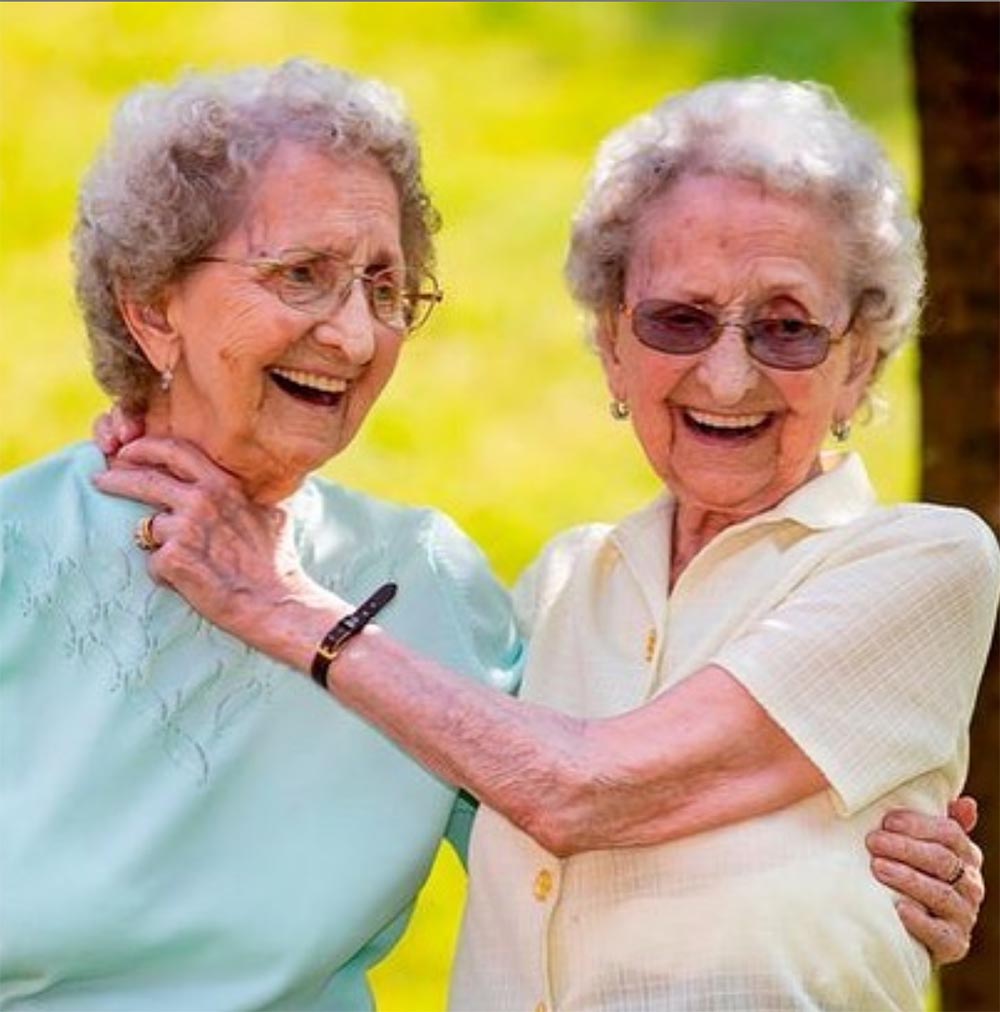 In a recent interview after their 95th birthday, Lil responded to the question of how they lived so long with a simple answer: “no sex and plenty of Guinness”. Given their status as identical twins, it’s likely that both will live to similar ages regardless of the exact number of beers each might consume. However, Lil’s response showcases what might one of the reasons they’ve lived this long- their vibrant sense of humor.

But, beer and jokes aside the pair also regularly do “chair yoga” which means they are still remarkably flexible for their age. They can still touch their toes which no doubt only adds to the good genes they clearly have! 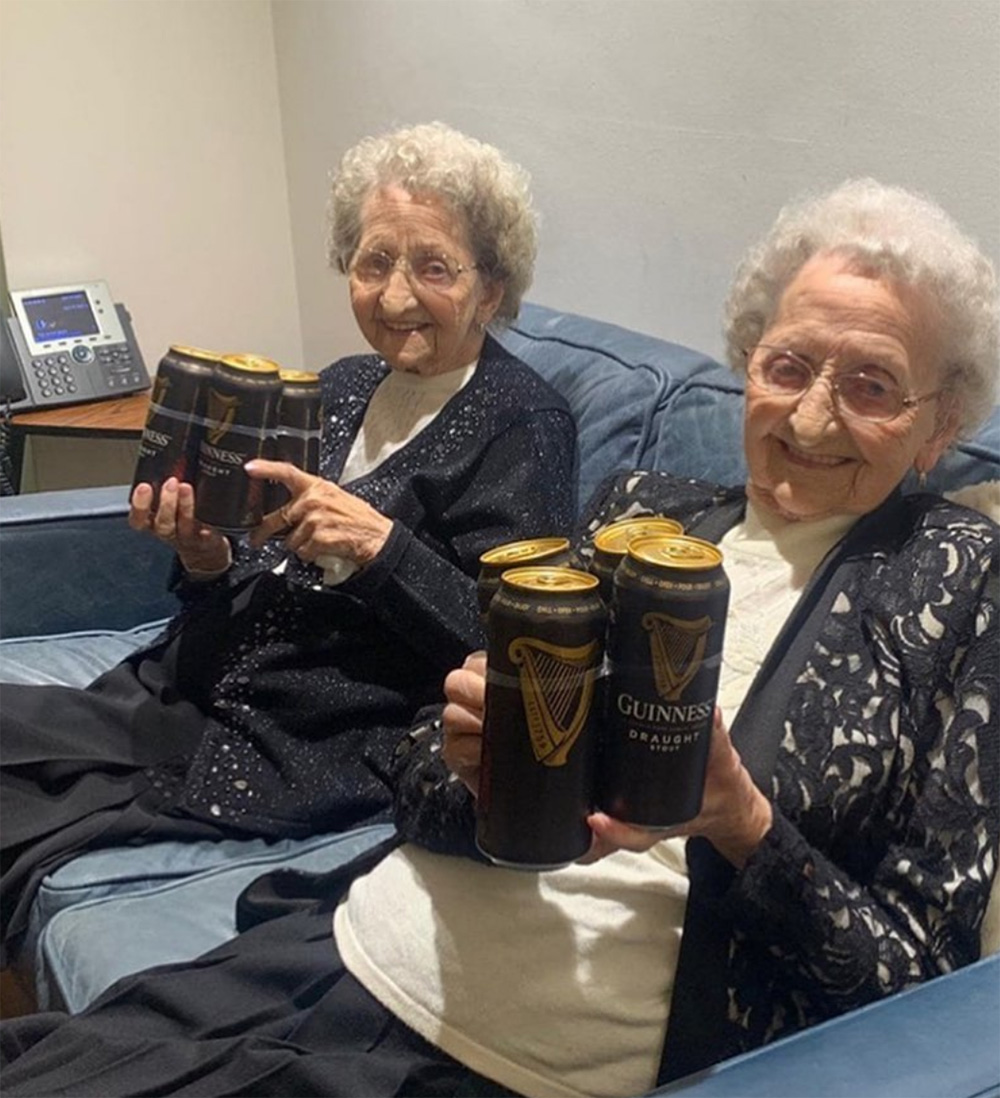 Have a look at these two lovely ladies opening their 95th birthday cards and discussing how they believe they are the oldest identical twins in England in the video below.