In 2006 some kindergartners in Saint-Laurent-Médoc in the South of France were playing in their school playground when they found some bone fragments buried in the dirt. That discovery lead to a full excavation of the area at the time, but has since yielded some incredible findings. What had authorities stumped in the beginning has now revealed itself to be an ancient burial site with a twist. 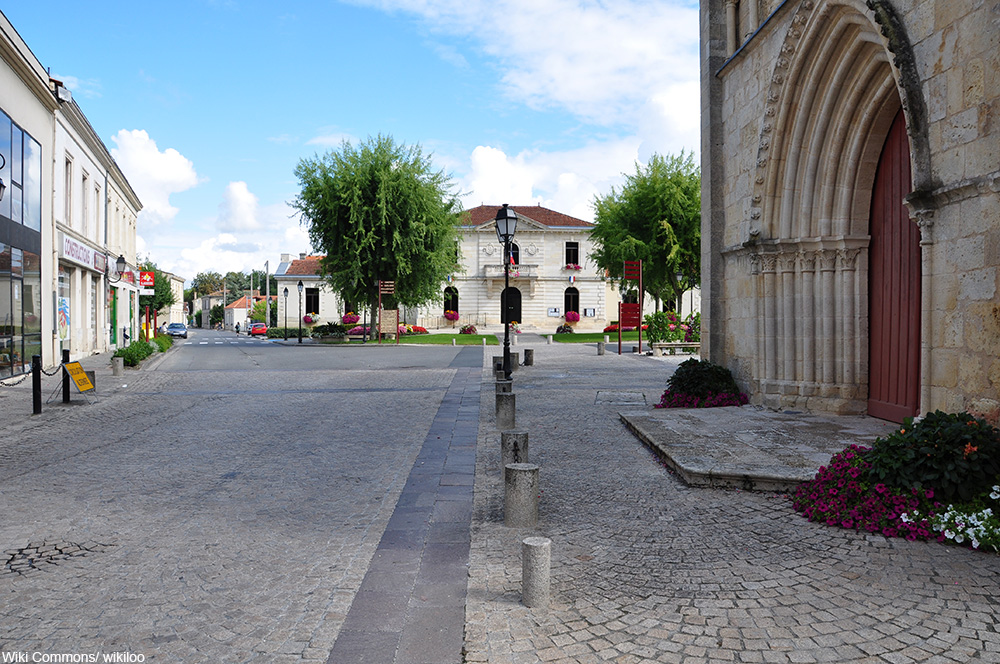 The town square in Saint-Laurent-Médoc. Via/ Wiki Commons

The school was unwittingly constructed over an ancient mound burial site, now known as Le Tumulus des Sables. Mound burials were common among early man and can be found in Europe, North America, and Africa, though the phenomenon can be found all across the world.

As sacred sites, the mounds would often be filled with tools to help the deceased in the afterlife and symbols which showed how much the person or people inside were valued by their community. Mound burials were often reserved for only the highest in a society, like military or spiritual leaders and kings, but this is not always the case. 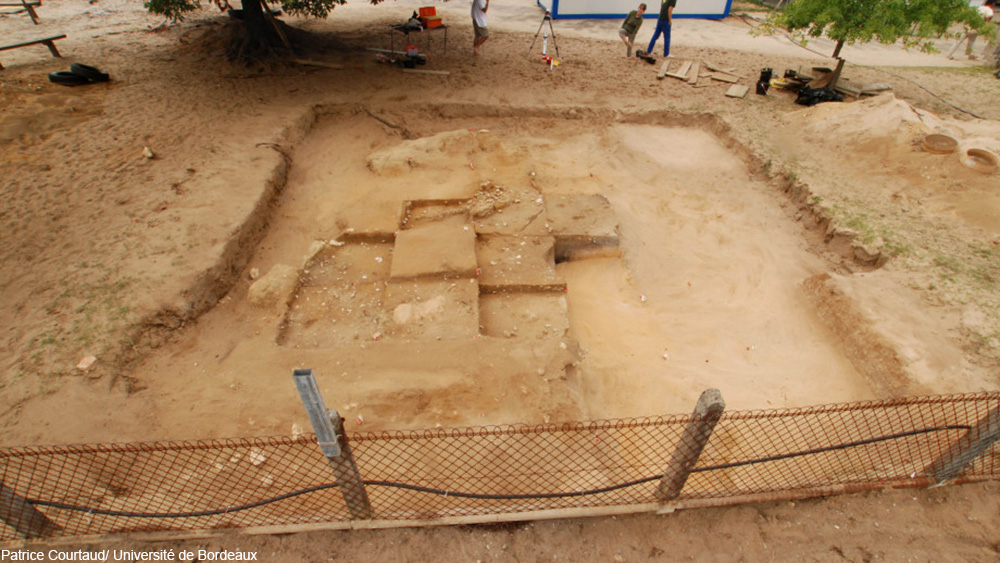 Since its discovery in 2006, the burial site has been studied closely. Human remains from within the burial site, mostly teeth, have now been radiocarbon dated back to around 5,600-years-ago. At least 20 adults and 10 children were found at the site, and there was nothing unifying the remains save for the fact that they were all but one born locally. Because of the extremely fragmented nature of nearly everything found in the burial site, scientists say there at least 30 people buried there, possibly more.

The strange thing is that the bodies were placed there over a 2,000 year period between 3600 BC and 1250 BC, meaning the mound was used again and again. 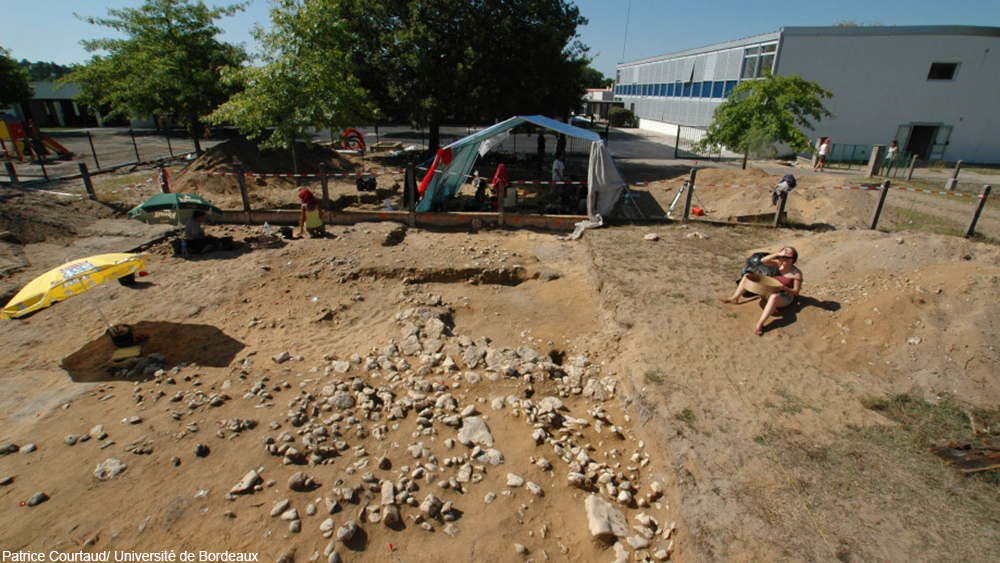 It remains unclear at this point why or how the burial site was reused. Was the old structure ignored, enhanced, or simply forgotten about and used again? Further study would be needed in order to understand how the graves were built. 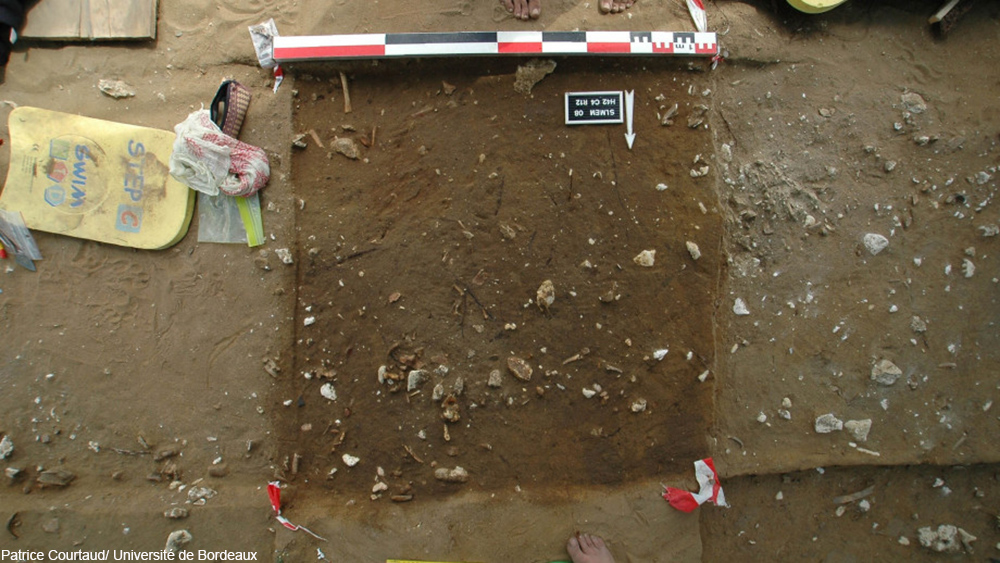 So far there appears to have been little in the way of separations between bodies, possibly only an organic barrier (like wood) which is long since gone. Found amongst the bones were several fragments of pottery and a finely made button. Analysis of the teeth showed no signs of seafood despite being close to the ocean. Instead these prehistoric people dined on plants and game found inland. 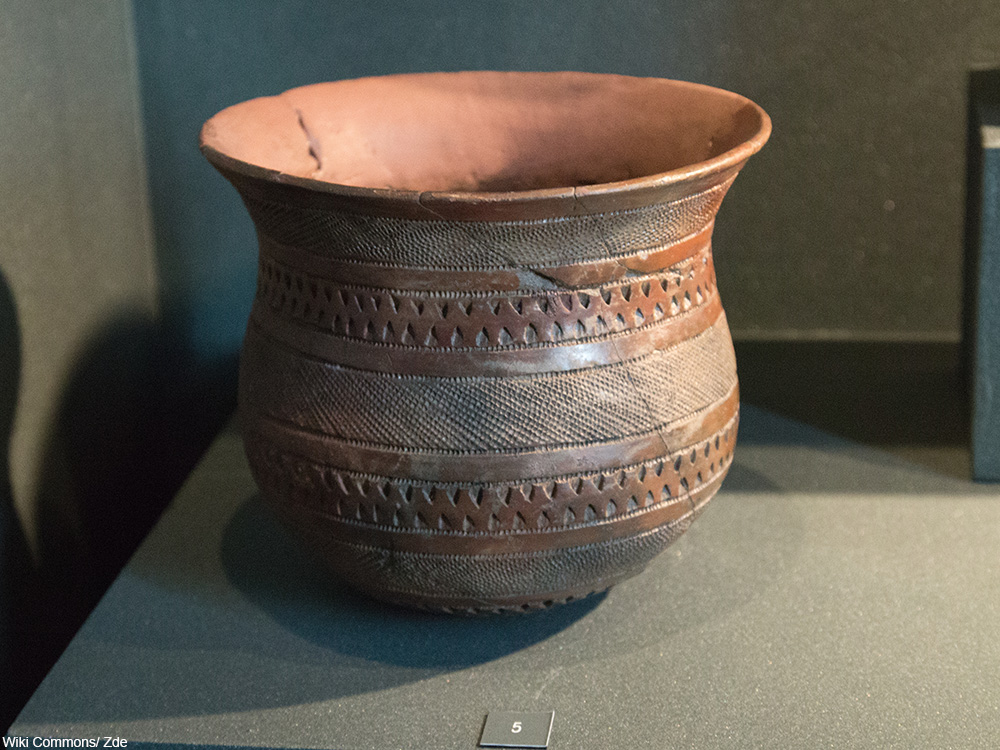 Bell-Beaker pottery in Prague, of the same variety found in Saint-Laurent-Médoc. Via/ Wiki Commons

The site was initially thought to have been used exclusively by the Bell-Beaker people, se named for their distinctive pottery, some of which was found a the site. But, the use of the burial mound for such a long time indicates that perhaps several different groups could have buried their dead here.

English version of King Tut found behind a grocery store: Click “Next Page” below!