The time for buying a new Christmas tree has finally arrived. Many families will spend the next week decorating the tree and making it as beautiful as possible. Sometimes, the process can get monotonous but if you are ready to take things to the next level, you might want to try something a little outlandish. We have just the thing for you.

Rather than putting up an ordinary pine tree in your home, you can try this Godzilla-shaped Christmas tree on for size. A pilot based out of Rotorua, Steve Newland is the brainchild behind this 1.8 m monstrosity. It has talons, plastic teeth, red glowing eyes and it breathes smoke. It seems as if Newland has an interesting tradition with his neighbor where they try to outdo each other with their unique decorations. That is what gave birth to Treezilla. “Speaking to the publication, he said, “At the time, we did a time portal Christmas tree, so half of it went down out of the floor and the other half popped out of the ceiling upside down.” 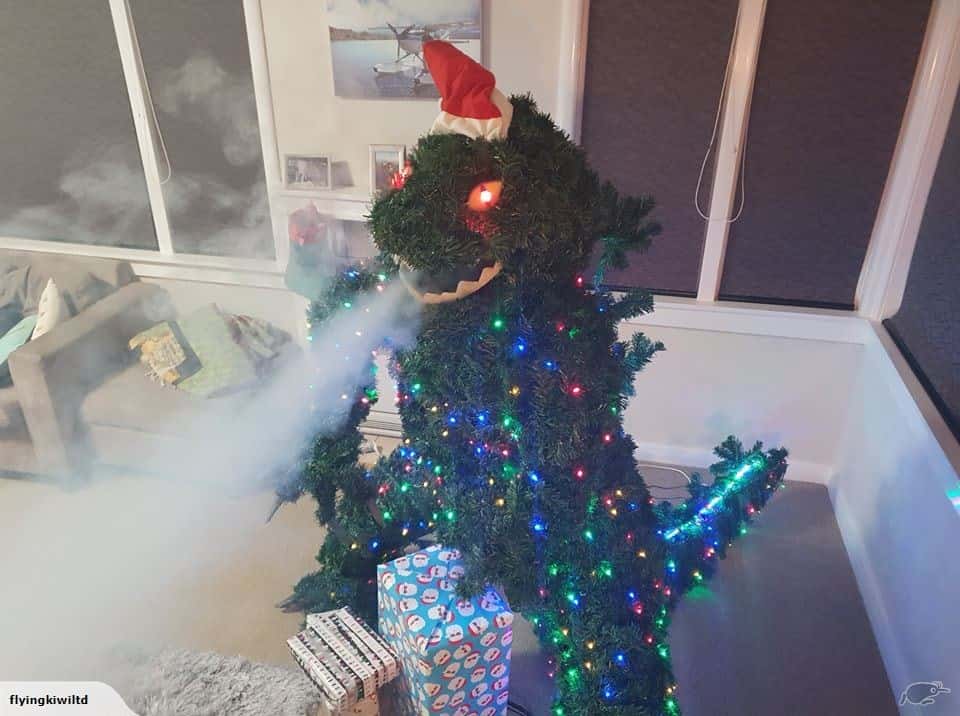 “After we did it our neighbors stopped playing with us but since then we do a random Christmas tree each year,” Newland added. In 2017, he came up with a Pac-Man-themed tree and the Treezilla the year after that.

“I gave myself a month to build it, thinking it would take a while, but I had it finished in two weeks,” he revealed. He even decided to offer Treezilla for sale on Trade Me. 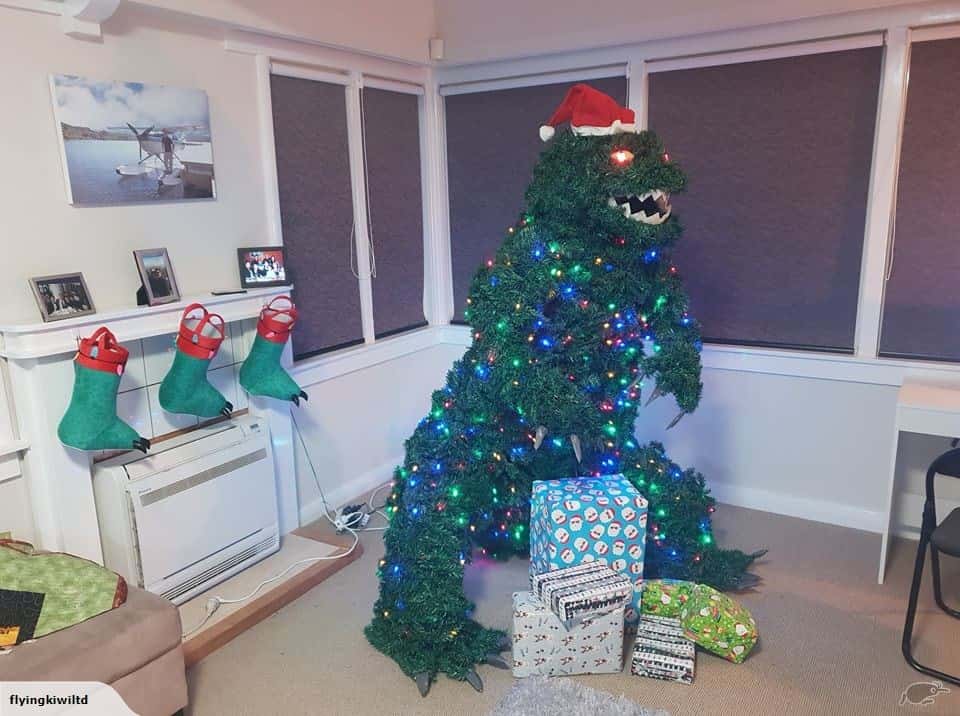 The description really says it all. The tree is “made out of four Christmas trees, chicken wire, green mesh, 1x fog machine, plastic teeth, and paper claws. The fog machine works with a remote control and comes with spare fog machine fluid.

Lights can easily be removed, and the Christmas hat is not needed if you want to use the tree for something else. It comes with a box of spare branches and dinosaur stockings. Also, note a stand is needed to hold the Treezilla up (I have covered this with a Xmas present so it is not noticeable).” 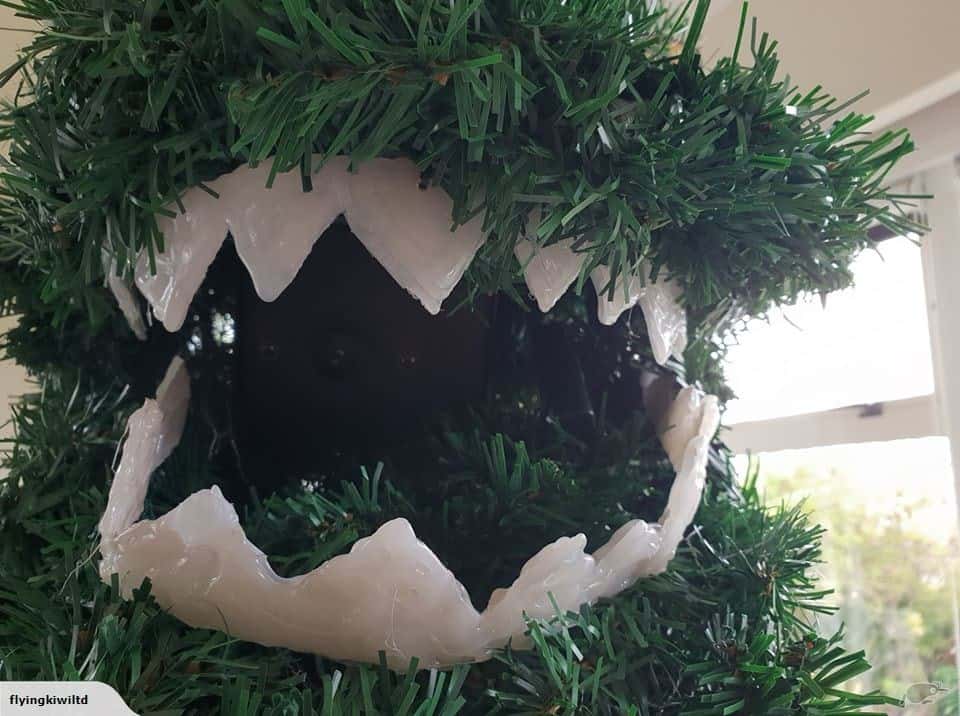 Somebody somewhere is going to have Treezilla in their home. It is not only the creation, but it’s also the unveiling that has become an event. “Everyone finds it a great laugh. A lot of my friends get quite excited to see what tree I will do next, they send suggestions on what I can do. It’s gotten to the point where you have to live up to expectations each year,” he said.

See Treezilla for yourself in this video: