Train Hopping During the Great Depression

Since Civil War times, people have been hopping trains to get around. It’s not the safest way to travel, but for people who were down on there luck it was sometimes the only way to get a round. When massive railroad strikes broke out around the turn of the century, railroad companies began to hire railroad police to keep watch. These watchmen became known as “bulls” and some had a reputation for being violent with anyone caught in the train yard without good purpose. But, during the Great Depression, many poor folks had no other way of getting across long distances. Even hitchhiking wasn’t a sure bet since many folks either didn’t have a car or didn’t have money for gasoline. Tramps and dedicated workers alike both rode the rails during the Great Depression trying to just make ends meet. 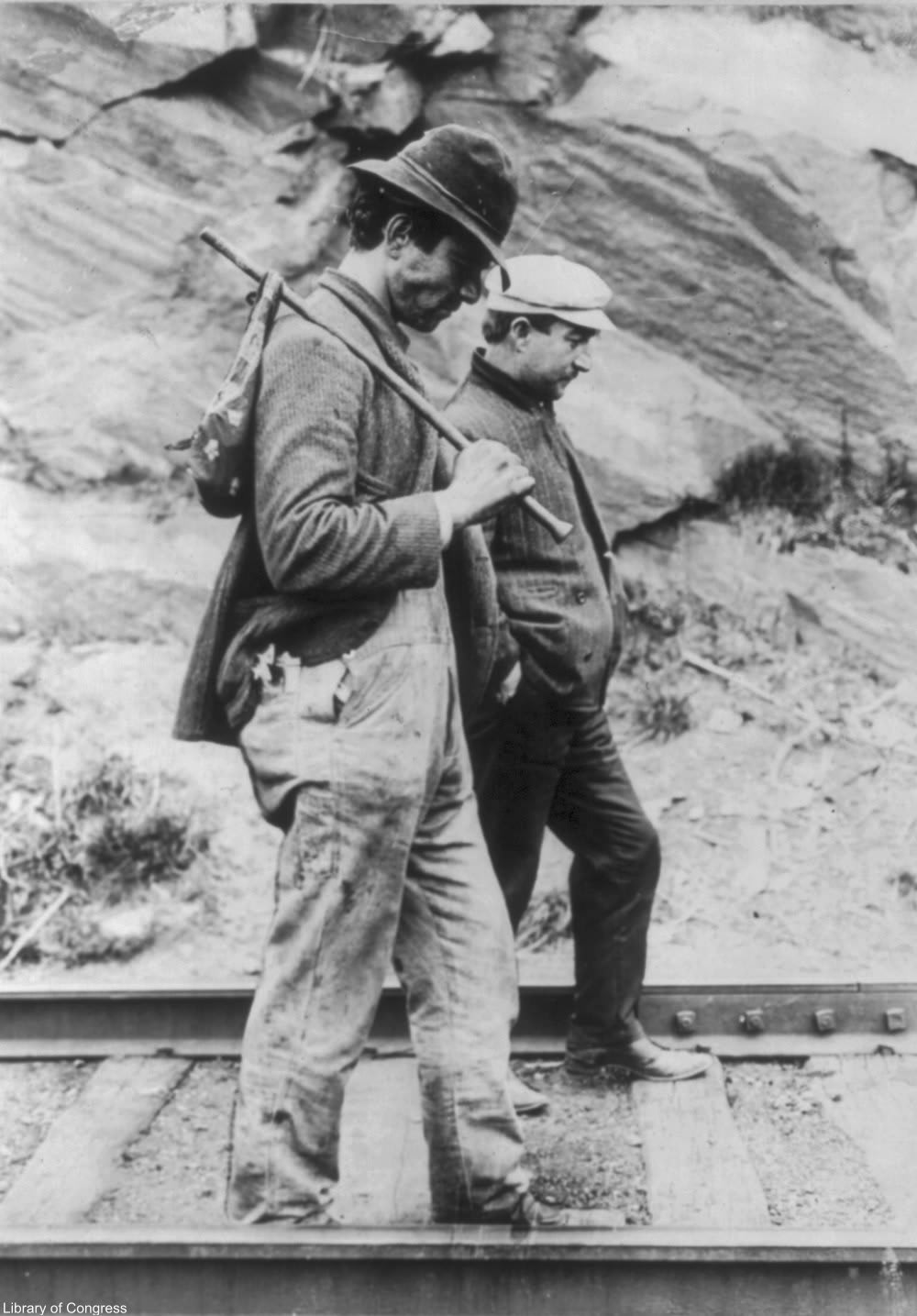 “Two hobos walking along railroad tracks, after being put off a train,” date unknown. Via/ Library of Congress 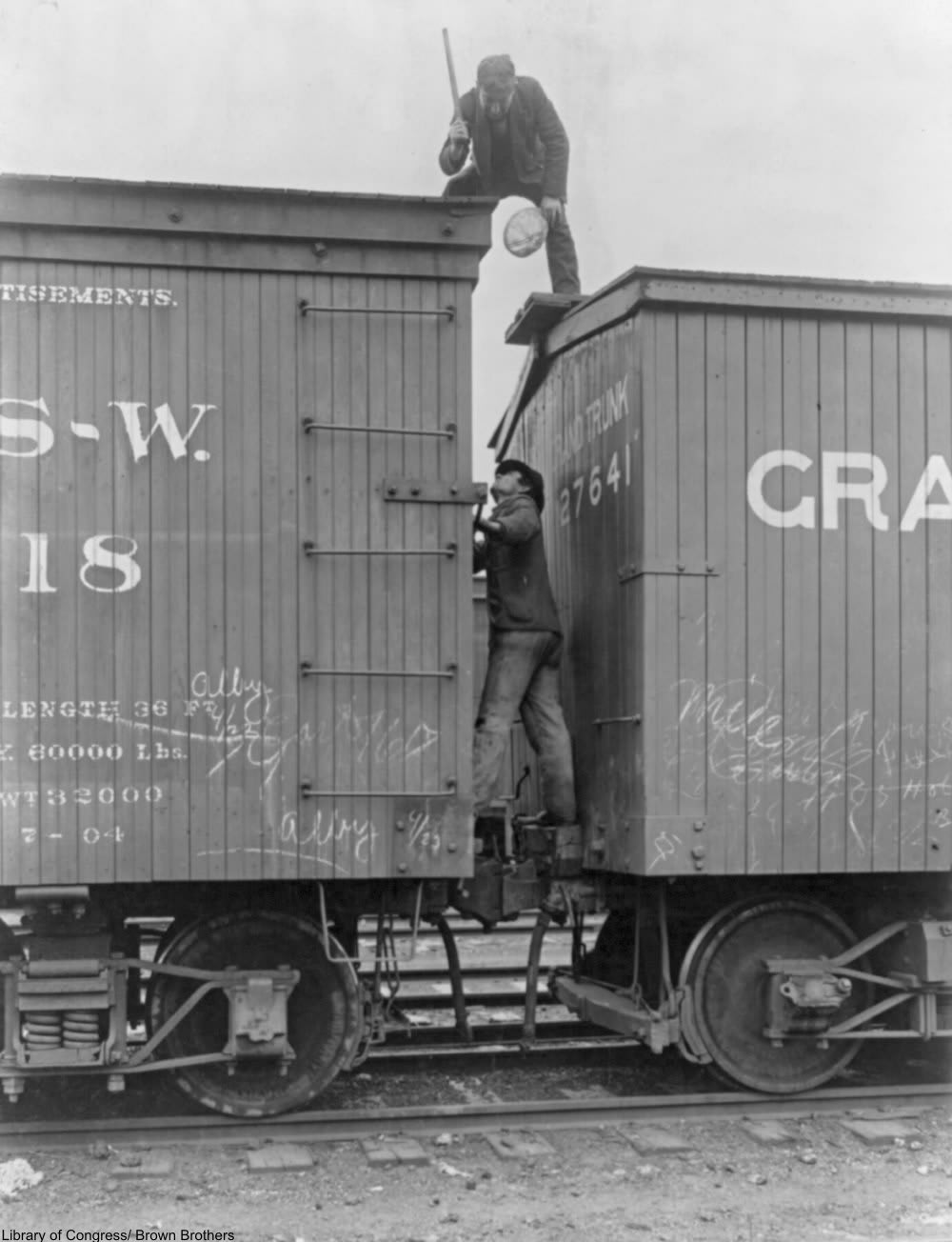 “Railroad worker with club on top of train and chasing tramp off train.” 1905. Via/ Library of Congress 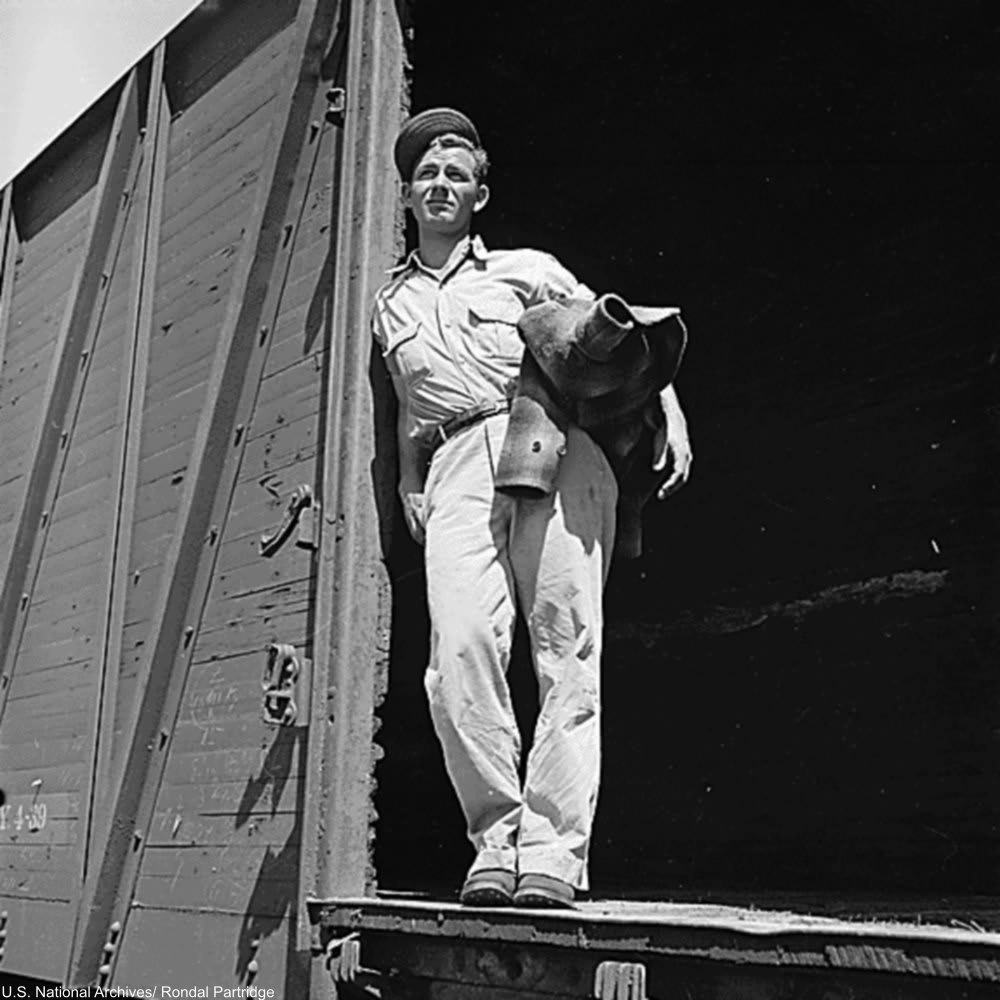 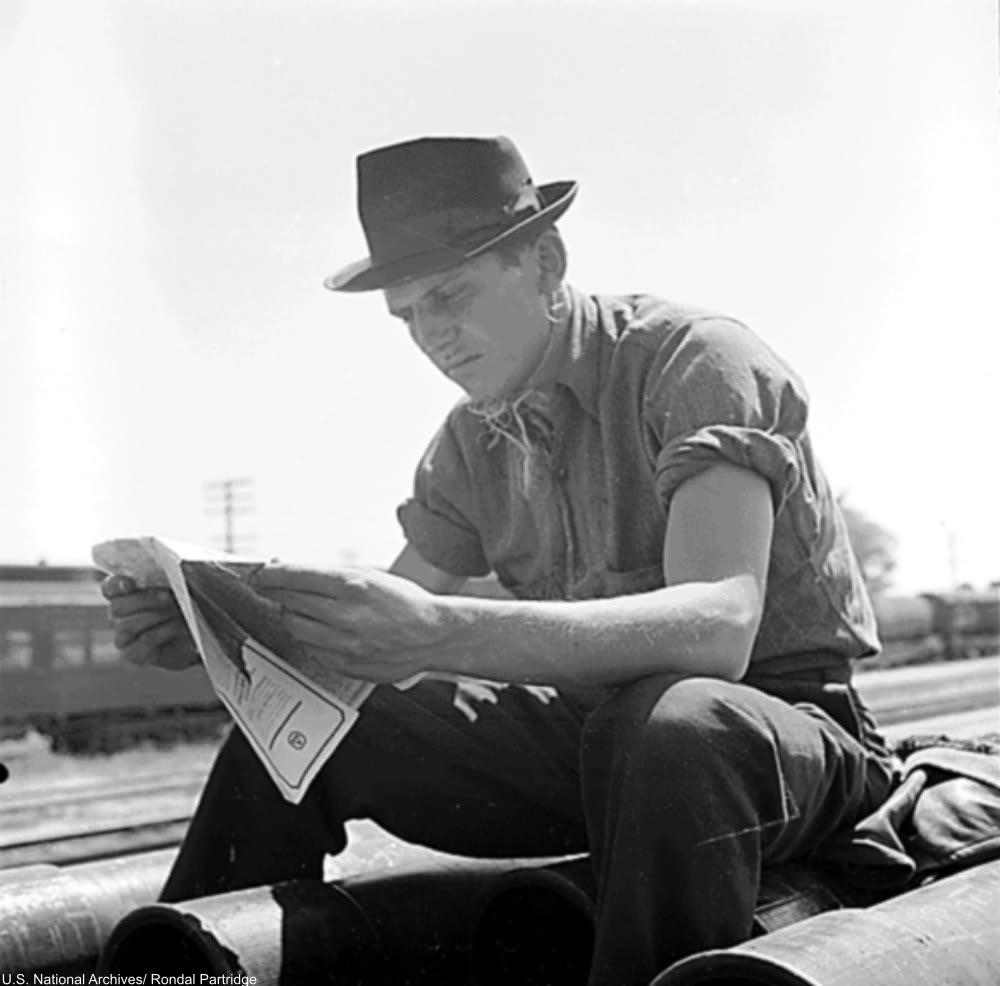 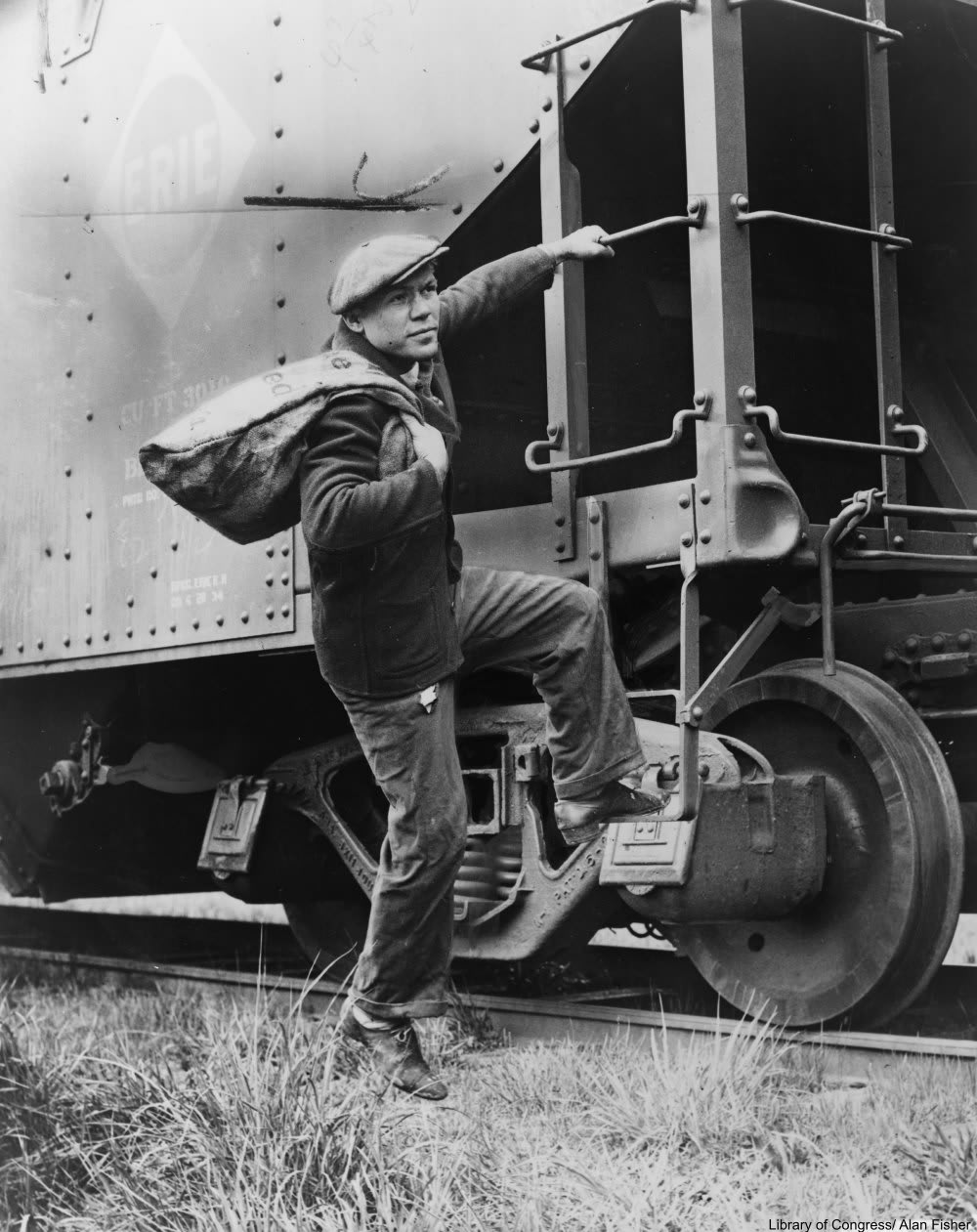 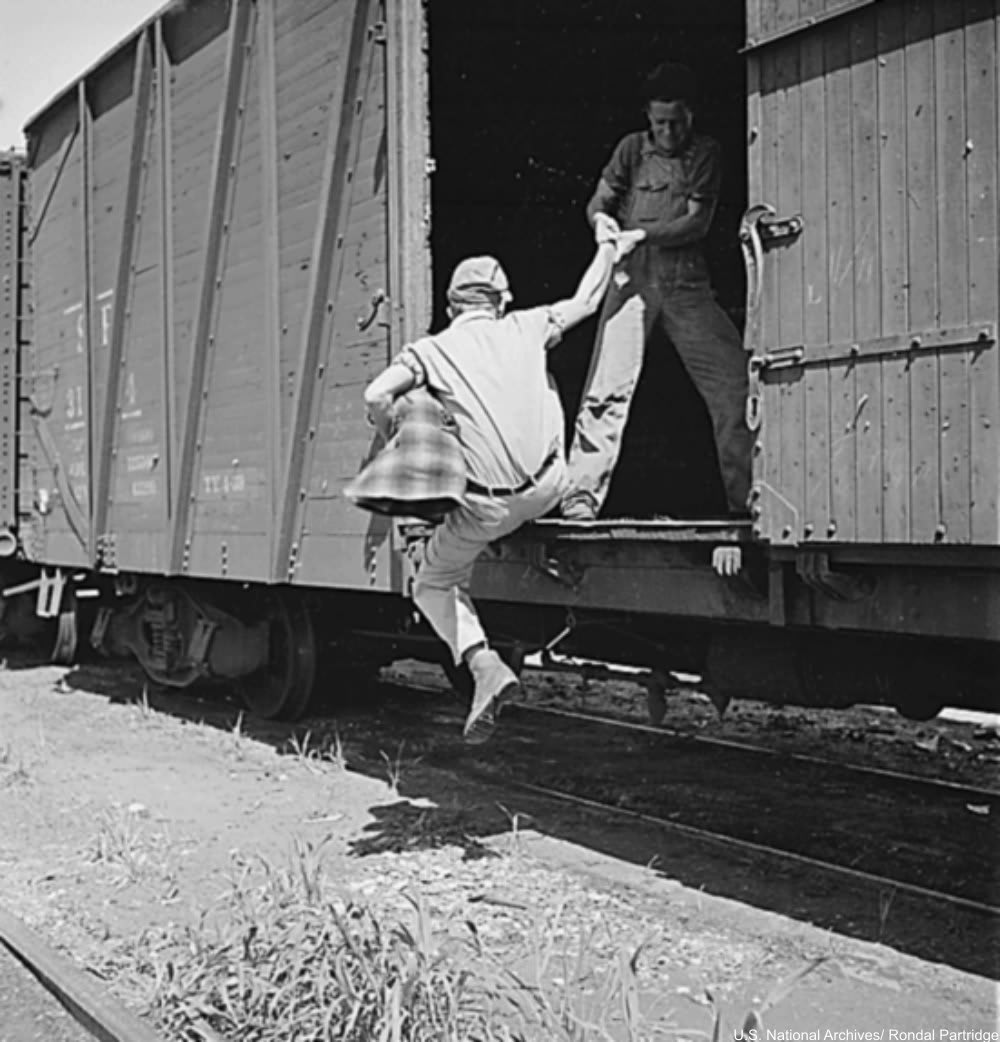 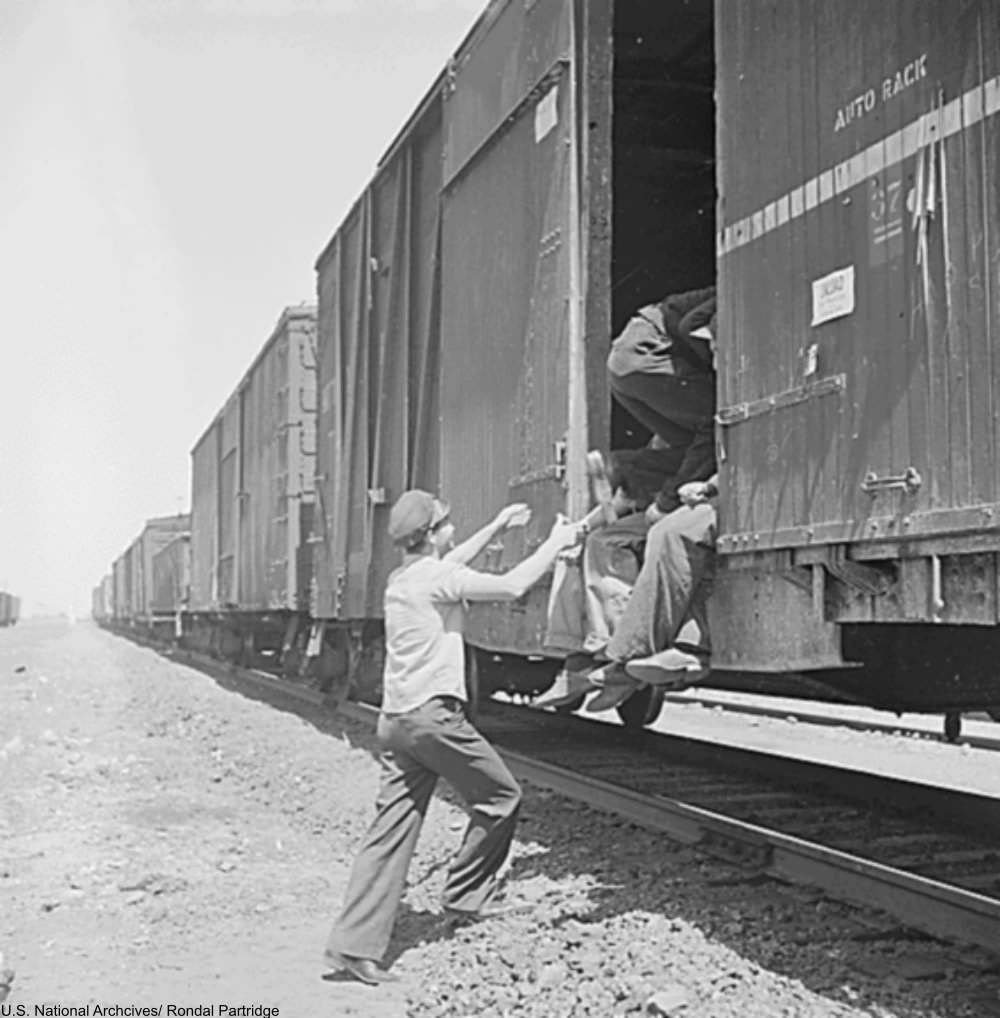 “Bakersfield, California. On the Freights. Helping a newcomer hop a freight” 1940. Via/ U.S. National Archives 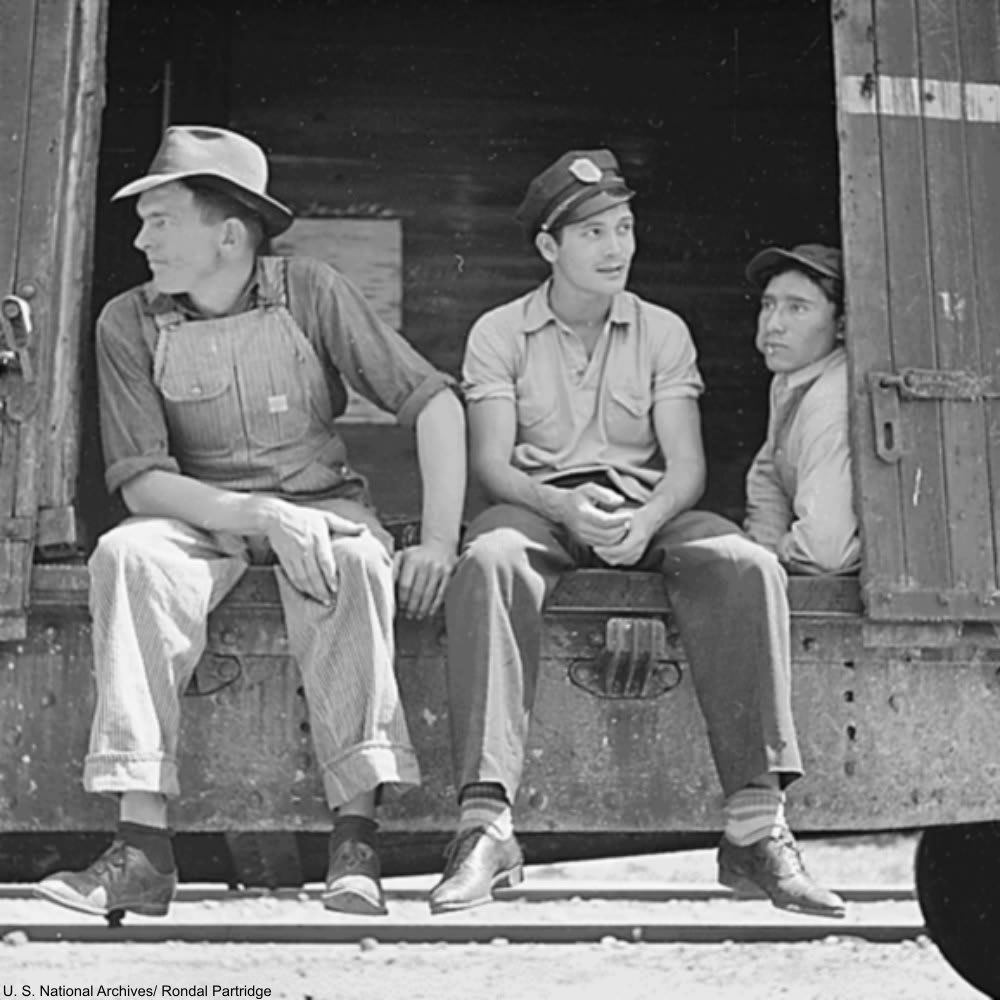 Click the “Next Page” button to see more of these freight hoppers from the Great Depression!